7. Cheswick from One Flew Over the Cuckoo’s Nest 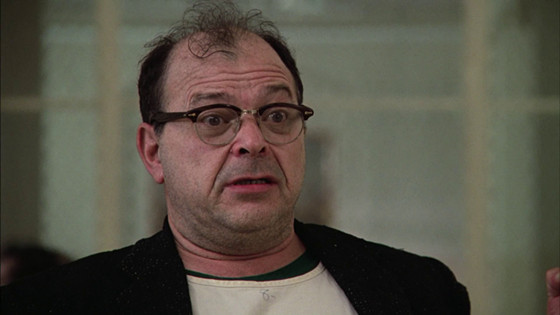 One Flew Over the Cuckoo’s Nest is at times a difficult movie to watch, as members of a mental hospital are subjected to oppression by the head nurse. One of these patients, Charlie Cheswick, is impeccably played by Sydney Lassick. He is a grown man who suffers from temper tantrums when he is not given what he wants, but what he wants is just respect.

Cheswick is a man who loves his cigarettes, but what he loves more is his right to smoke them. He’s forced to live in a mental institution but he is holding on to one of the few things he enjoys, his cigarettes. When Nurse Ratched or the orderlies try to prevent him from smoking or tell him he must take is medicine, he becomes extremely upset and refuses to do anything anyone says until he gets what he wants. His cries and screams are passionate enough to make anyone uncomfortable, and feels that any time he is denied something he wants he may die.

Although his childlike behavior may seem to be immature and unnecessary, Cheswick is just so oppressed by the Nurse Ratched and the hospital that his only way to cope with it is to revert to his childlike state.

6. Violinist (or the whole band) from Titanic 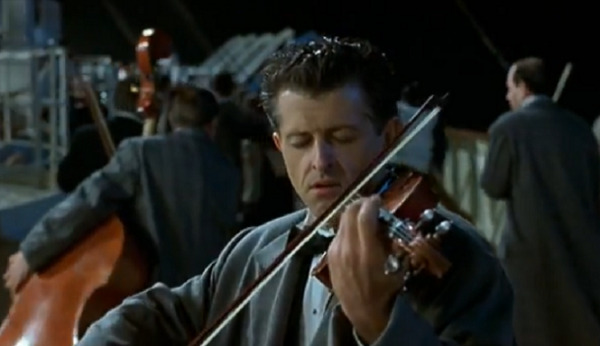 In one of the most tragic events in modern history, this film attempts to encompass all of the emotion of the many lives lost and how terrible it was. People of all walks of life, the rich, the poor, died alongside each other in this terrible shipwreck. The initial news of the fact that the ship hit an iceberg was late to reach most of the passengers, and the response by the crew was very ineffective at times. But amongst the chaos and fear of death that filled the ship, there were still some acts of bravery and honor.

There were some (like Rose’s boyfriend) that had no care for others and only wanted to save themselves. Others tried very hard to save the women and children and anyone else who was trying to escape. But then there were some who attempted to cope with the situation as best they could.

For the brave members of the orchestra that played for the rich passengers on the ship, there was little they could do. It was accepted very quickly that they would not be able to get off the boat, but instead of trying to flee for their lives the band decided to do their best and calm those who were still on board.

A very sad moment in the film, these band members who have most likely spent their entire lives mastering the craft of music, decide to go out doing that which they do best: play music. The band played on, as they knowingly sank to their deaths. There was not much they could do, but they did what they knew how to do and tried to make this process of slow death as soothing as possible for themselves and those on board.

5. The Jesus from The Big Lebowski 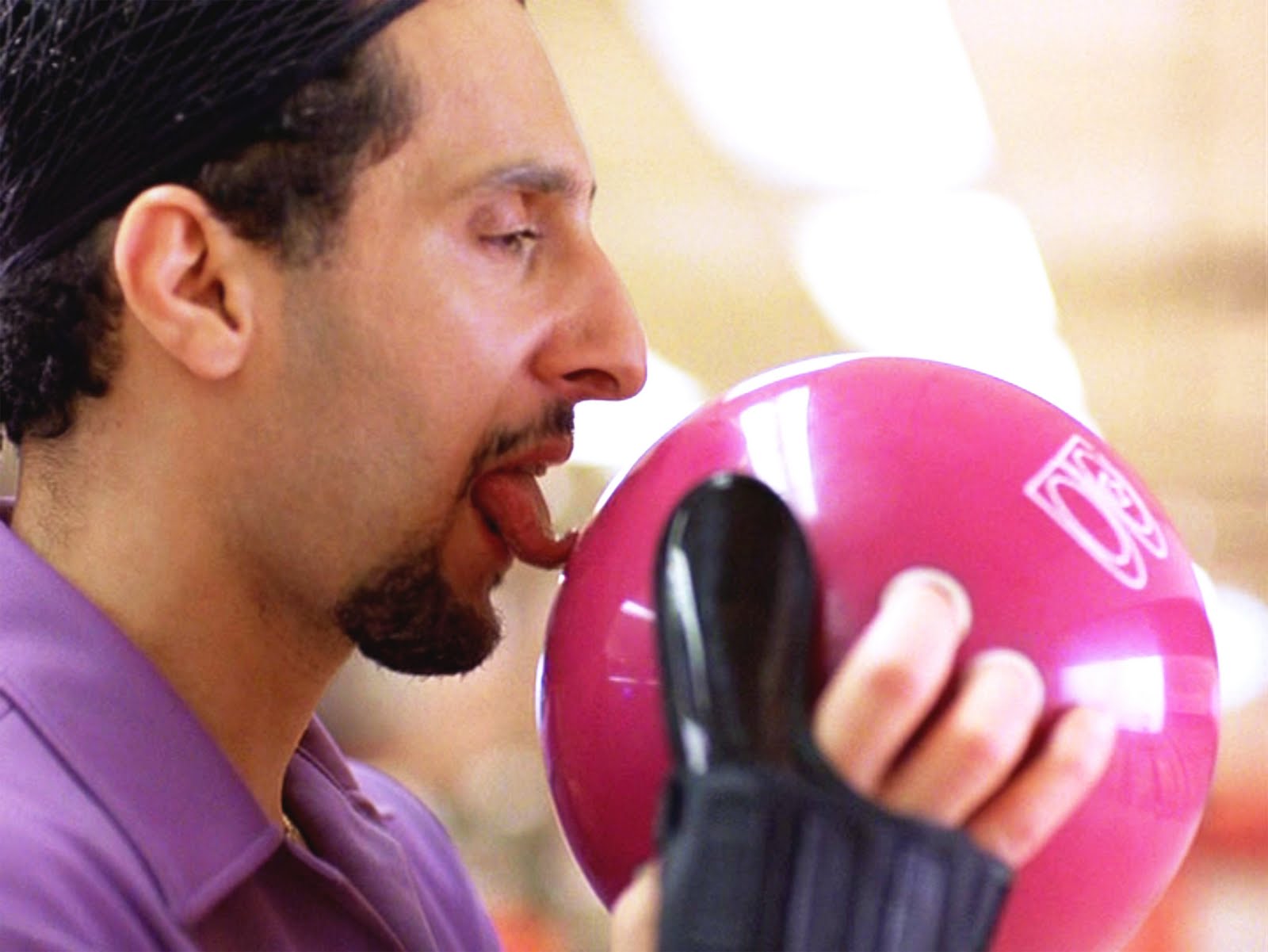 The Big Lebowski is at times a very confusing film, and the presence of the Jesus is the ultimate plot-breaker. Just when you think you are kind of following the flow of things, this character comes in with the most epic of entrances, only to play no role at all in the ultimate ending of the film. Film aficionados who believe there is a purpose to everything and everyone who is included in a film were most likely scratching their heads pretty hard thinking about this man. Why is he included? What purpose does he serve besides offering a threat to the Dude’s pursuit of bowling glory?

Many themes and aspects of the Coen Brothers films are mysterious, and they never really share what they mean. Many filmmakers have this same approach, to allow the viewer to arrive at and make their own conclusions about what things mean, if anything. The Jesus is given so much emphasis in the film, and is often quoted by fans of the cult film, but is one of the least understood characters in the entire film. He is a charismatic, threatening, pedophilic man, and the world may never know what his true purpose was.

4. Trooper Brown from The Departed

A major motif in The Departed is the question of loyalty. Both for the audience and characters, it is a major dilemma that one should root for. Should you root for the police, when they have so many leaks? Or should you root for Jack Nicholson’s gang, with such great characters and passion for American crime?

Many of the characters are also never able to know both rats. The gangsters all know Billy Costigan (Dicaprio), an undercover cop in the gang. The cops all know Colin Sullivan (Damon), the dirty cop infiltrating Boston PD. The majority of the gangsters never meet Sullivan, and the majority of the cops never meet Costigan. But there is one character that transcends the divide between their acquaintances: Trooper Brown.

Trooper Brown is a loyal friend to Costigan as they go through the police academy, and when Brown is inducted into the police force he eventually puts Costigan in his past. Through his police work, he begins to work for Sullivan in what he thinks is a task force to take down the Frank Costello. When Costigan realizes that he’s found the rat and that there’s virtually no one he can trust, he calls Brown to meet him as he arrests Sullivan. Brown, the noble and loyal cop that he is, doesn’t initially believe Costigan and does his job to try and save Sullivan.

Trooper Brown is left out of the loop on most of what happens in the film, but even when he has to decide between his two friends he does what any good cop would do and attempts to diffuse the situation and protect the other police officer being held at gunpoint. 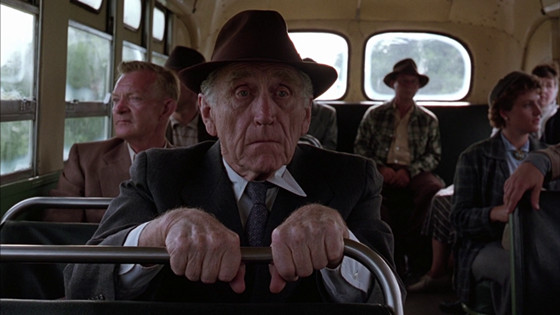 The cause behind one of the saddest scenes in the entire film, Brooks Hatlen is a man who has known very little of the world outside of his prison. He has seen many fellow prisoners come and go, and all the while he continues to stay at the prison. For many first time offenders, prison is a place you are forced go. For Brooks, it is one of the only homes he can remember. Most people would be scared to go to prison, but Brooks is scared to leave.

He knows that he is too old to do much with his life once he leaves, and he knows that things are gradually getting better for the inmates at Shawshank thanks to Andy Dufresne. Brooks wasn’t a vicious criminal, nor was he a vindictive murderer. He cared for life, and cared for his fellow inmates. 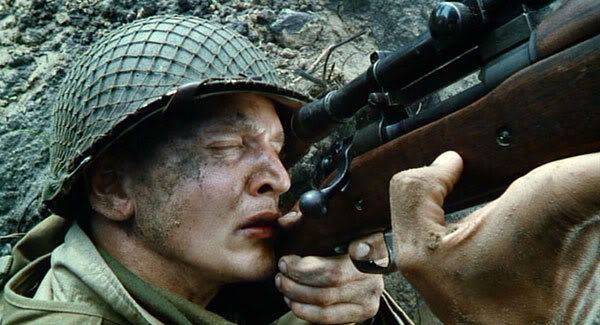 No great war film would ever be complete without the religious soldier; the one who is able to keep his faith despite being surrounded by a world of inhumane violence. What Pvt Jackson brings to Saving Private Ryan is a passion for faith in God, and a heck of a good shot.

Whether it’s on the beaches of Normandy or in a bell tower where he is likely to meet is inevitable demise, Pvt Jackson is an honorable and noble soldier despite being faced with danger every moment of the film. During the opening scene at Normandy, the thousands of soldiers storming the beaches are subjected to immense machine gun fire that seems to be undefeatable. But when Jackson gets a chance to show his sharpshooting prowess, he is able to kill two German machine gunners, most likely saving countless Allied lives.

In the final battle scene, Pvt. Jackson serves as the lookout for the American defenders, and valiantly kills many German soldiers along with Pvt Parker who is also with him in a machine gun. The two men are firing from a Church tower, and when the Germans are able to find out where the fire is coming from they need to destroy the entire tower to defeat Jackson and Parker. The religious sniper, praying to Almighty God Above with every shot he takes, finally meets his death while shooting from the top of a Church tower above everyone else; it is poetic in a sense.

1. Ray Brower (the dead body) from Stand by Me 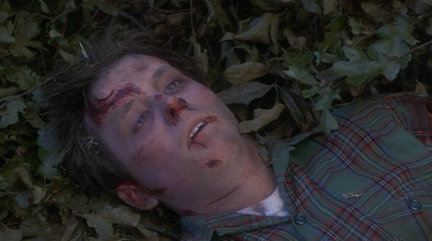 The only character to make this list that does not appear alive at any point in the film, Ray Brower’s dead body successfully controls the entire plot of the movie just by his existence. He has very little screen time, no lines, and yet he is the driving force behind every character in the film; that is one great minor character.

In Steven King’s original novella, the title is actually “The Body.” But in the film, very little is discussed about the body besides its existence and the how it came to be. No one really knew Ray Brower, no one knew much about his death except for the fact that he was hit by a train. He isn’t even seen in the film until they finally find his dead body at the end.

But despite his minor presence in the film, his death and body are what inspire the entire plot of the film. The film delves deep into the lives of young boys and their struggles to acclimate to the real world, and this symbol of death is what drives them through the film in which they eventually evolve.

Why are boys so interested in a dead body? It’s just a psychological thing, just like why the boys like insulting each other and telling stories about vomiting. We may never know much about Ray Brower, but the integrity of the film likes to keep it that way. Just like the mystery and curiosity that launched the earliest nomadic people on their voyages, these young boys undergo a journey to discover the mystery of Ray Brower and quickly begin to evolve into the eventual men they will become.

Author Bio: Brian is a longtime film lover and avid fan of most things related to the art. Whether it’s Paul Blart: Mall Cop or Casablanca, he enjoys watching it and enjoying it for what its worth and for the long voyage film technology has made over the years. He especially loves great characters, funny lines, and movies that he never completely understands (because that means more reason to watch them over and over again).