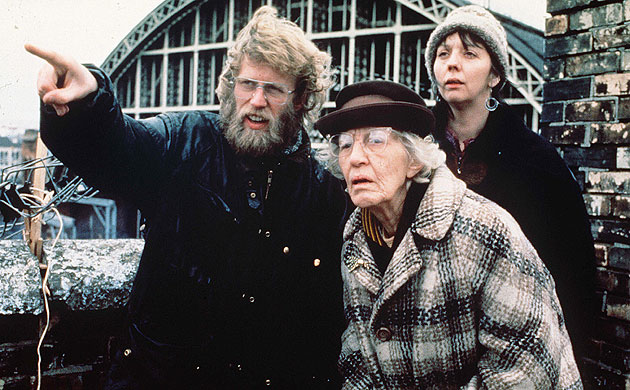 Juxtaposing the experiences of an ordinary working-class couple against a frustrated middle class and a vapid egocentric upper middle class, High Hopes is a meditation on class and belief systems. Whilst Shirley expresses her desire to have a child, Cyril is unsure, concerned it might be injudicious to bring another life into what he deems to be an unfair class-bound society. Admittedly, the class binaries presented by Leigh are a little clichéd; Philip Davis and Ruth Sheen’s improvisation-based performances, however, make up for it. 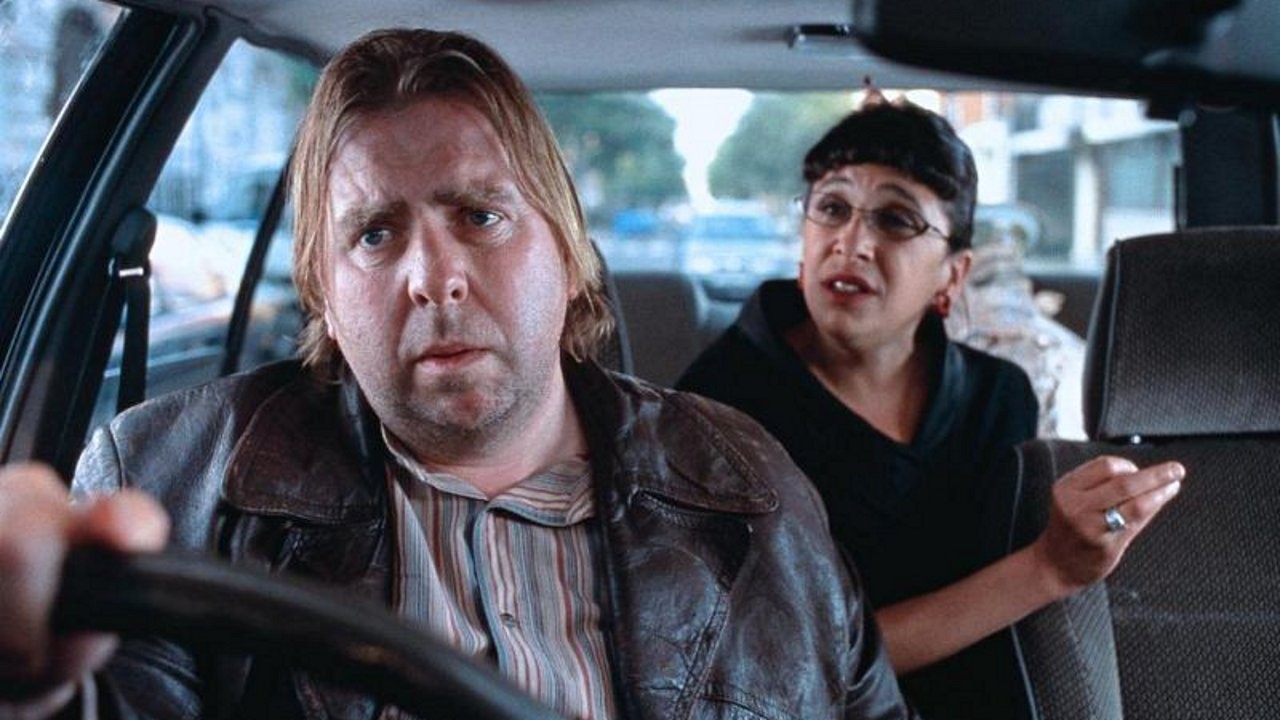 A tour-de-force for Mike Leigh, his 2002 film All or Nothing focuses on the experiences of three low income families. With exceptional performances from Mike Leigh veterans, Lesley Manville, Sally Hawkins, Timothy Spall, and Ruth Sheen, this family drama follows several storylines set in the same housing estate over the course of a long weekend, as it explores what it means ‘to get by week in, week out’ within the claustrophobic community of London’s working class.

Featuring the same cutting dialogues, use of soundtrack to accentuate the violence of ordinary life, and thematic preoccupations, as his other films, All or Nothing is a jarring and upsetting portrait of a working-class which has lost all hope, laced in typical Mike Leigh fashion with a slight touch of nostalgia. Loneliness, dark humour, and lethargy all feature as part of Leigh’s working class, whose neglected lives are punctured by daytime TV, drinks at the pub, casual sex, food, cigarettes, and sleep. Leigh’s masterpiece extends beyond the genre of kitchen sink dramas to emerge instead as a classic of contemporary British cinema. 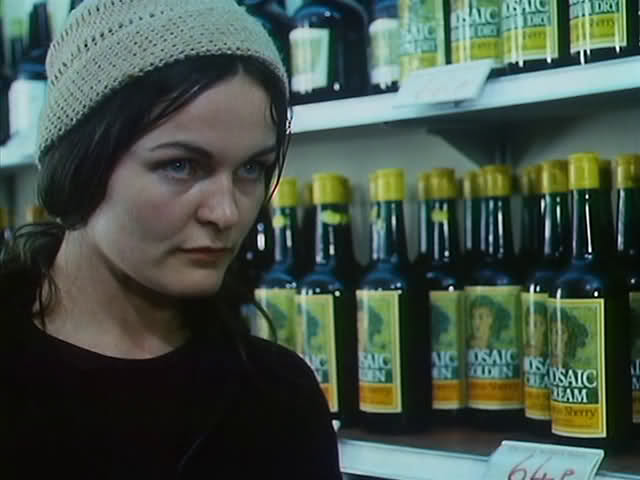 Mike Leigh’s debut film, Bleak Moments tells the tragic-comic tale of Sylvia (Anne Raitt), a beautiful and intelligent young lady trapped in an austere, unfulfilling existence structured around her disabled sister. A kind of modern refashioning of Emma Bovary, Sylvia is not your usual old maid, so to speak. Rather, she is fated to a dull sterile life, held captive by her own unhappy circumstances. Described by Leigh as ‘the mother of all Mike Leigh films’, Bleak Moments was hailed by the late critic Roger Ebert as ‘a masterpiece, plain and simple’. Desperately seeking relief from the tedium of her life, Sylvia drinks a little too much Sherry on the evenings and assumes a dull, pessimistic outlook on life.

Two men, however, come to disturb the forced peace of Sylvia’s sorry monotony. Peter, played by Eric Allan, is a jumpy, inexperienced teacher, clearly unnerved by his awareness of the fact that Sylvia is, as it were, too good for him. Norman (Mike Bradwell), by contrast, is a hippie, tongue-tied by low self-esteem and reserve, come to run an underground magazine set up in Sylvia’s rented garage. 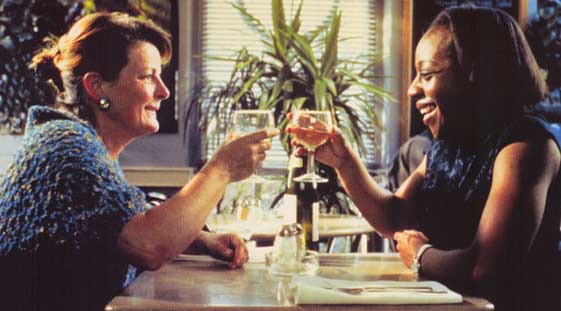 An award-winning drama on family love and redemption, Secrets and Lies brings together Marianne Jean-Baptiste, who plays Hortense, a successful black optometrist, adopted as a baby and now tracing back her family history following the death of her adoptive mother, and Cynthia (Brenda Blethyn), her biological mother, a white working class woman and the matriarch of a dysfunctional family.

As the pair strives to negotiate some kind of arrangement, which would offer the two women a cathartic redemption, family tensions emerge; provoking superb performances from the cast ensemble, as well as heated conversations worthy of the best kitchen sink dramas and a touching conclusion. Expect from this gem tear-jerking dialogues, all round beautiful performances, and an absolutely gripping pace. 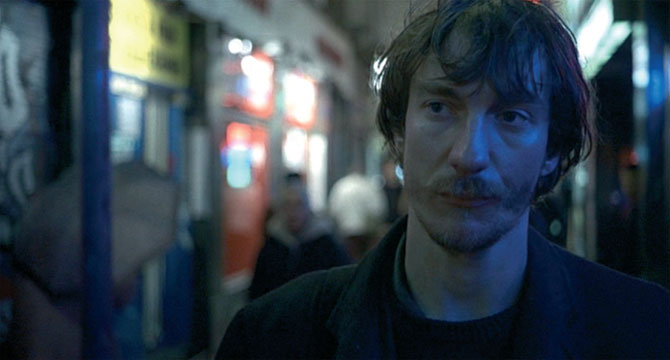 One of Leigh’s strongest films, Naked is a perfect example of what happens when inspired direction meets raw talent. David Thewlis, superb here, plays Johnny, an intelligent scoundrel, an eloquent Manchester crook, come to Dalston, East London, after raping a married woman in an alley way and stealing a car back in Manchester. Naked follows Johnny in his excursion through the streets of London, narrating his various encounters with the unfortunate individuals he occasions to meet. Sadistic, embittered, Johnny hurts the people he encounters, as he relies on a much-polished tactic of psychological bullying, aimed at individuals less cultured and intelligent than him. Johnny’s condition, it is implied several times in the film, results from some kind of childhood trauma, as well as a mixture of mental health diseases.

Depicting London’s outcasts and derelicts, Naked is much darker and grittier than Leigh’s other films, as it records both the outside, the homeless residents of East London’s sinuous streets, and the inside, portraying several households ranging from a variety of incomes. A representation of London in its totality, Naked shows the solitude and sorrow of urban life, as the film quickly moves from one isolated individual to the next. Effectively supported by an unsettling soundtrack, serving to highlight the despondency experienced by the film’s various characters during key moments, Naked is a must for any Mike Leigh enthusiast. While admittedly a little heavy, Naked is a very good way into Leigh’s cinema.

Author Bio: Mathilde is an English literature graduate from Queen Mary University of London. She is a writing contributor for River’s Edge Journal and PROWL house, and regularly updates a poetry blog durasduras.tumblr.com.