5. Min-sik Choi as Kyung-Chul in I Saw The Devil 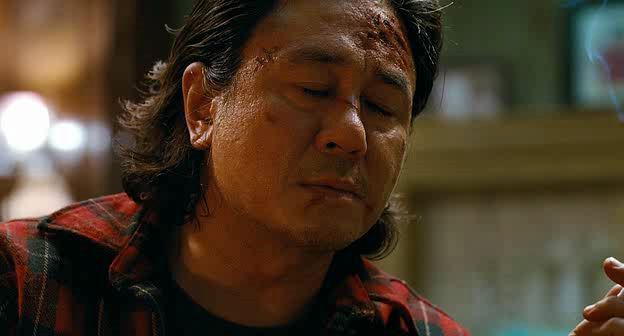 I Saw The Devil was a rare film gem, released in 2010, that was equal parts revenge film and horror. It’s easily the most violent film I’ve ever seen, as far as amountage goes. The film is two hours and twenty-one minutes of pure, non-stop, bloody violence and mayhem, but it’s Choi’s portrayal of the film’s serial killer that’s truly magnificent and scary. He torments and torments, and then, surely enough, becomes the tormented, but not without getting his own revenge as well.

4. Charlotte Gainsbourg as She in Antichrist

Antichrist shocked the Cannes Film Festival in 2009 with its shocking, unflinching look at the violent struggle between men and women. Willem Dafoe and Charlotte Gainsbourg star as He and She, a man and woman who lose their child and retreat into a cabin in the woods to recover from their loss.

The evil they find there isn’t strictly external, but it’s mainly their internal demons that begin to come out in lashes of violence and sex. The gruesome violence of the film was initially pegged as sexist, but was highly misunderstood. The violence, so brutal and jarring in its own way, is simply a representation of the evils that torment everyone, not just He and She.

3. Jack Nicholson as Jack Torrence in The Shining 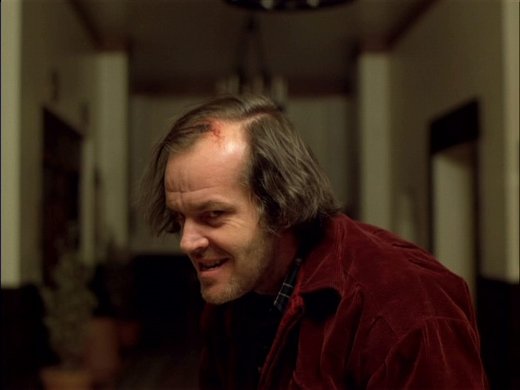 Stanley Kubrick’s interpretation of Stephen King’s The Shining is highly engrossing and hypnotic with its symbolism and metaphors and has been analyzed by just about every film critic out there. It’s no secret that there are quite a few hidden messages in the film, but the real enigma is Nicholson’s character. He suffers bouts of alcoholism (or at least he does in the novel), depression, and pure rage as he slowly goes insane from isolation.

Why Nicholson didn’t win an Oscar for this role, I’ll never know. I guess The Academy figured he had enough wins under his belt, but it doesn’t take away from the fact that it’s one of the scariest acting performances ever. 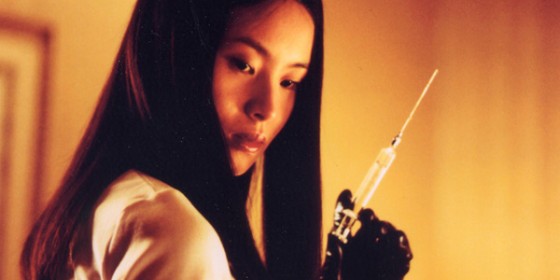 Everyone knows that many actors and actresses out there are a little crazy, considering some of the methods they use to get into character, but our protagonist in Audition had no way of knowing that the girl he falls in love with is 100% coo-coo for cocoa puffs. To be fair, though, he is lying to the poor girl, holding a fake audition so that he can find himself a wife.

Sure, that would make anyone angry, but little miss Asami isn’t going to take to it lightly when she finds out she’s been lied to… There’s plenty of disturbing content in Audition, from limb-severing, to forced-vomit-eating (yeah, you heard that right. She forces a man to eat her vomit.), but it’s Shiina’s performance as the innocent-looking serial killer that’s truly the most frightening part of the film.

2. (tie) Anthony Hopkins as Hannibal Lecter in The Silence of the Lambs 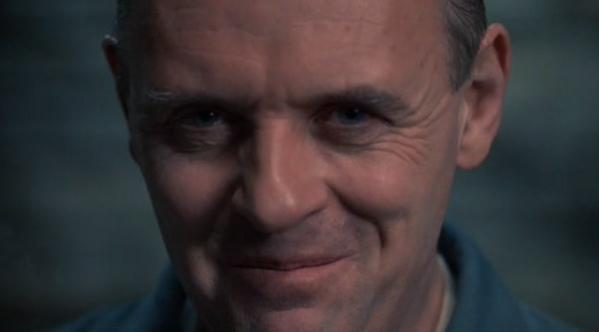 Hopkins isn’t the only actor to bring this cannibal to life on the big screen (Hats off to Brian Cox, who portrayed him first, and now Mads Mikkelsen, who’s giving an excellent performance in the surprisingly wonderful NBC series “Hannibal”), but he certainly is the best. His calm, glaring, shiny eyes almost feel as if they can peer right into your soul — and they do. His dominating intellect as a psychiatrist lets him really get into people’s heads (and I don’t mean eating brains – although, I’m sure he’d love that). 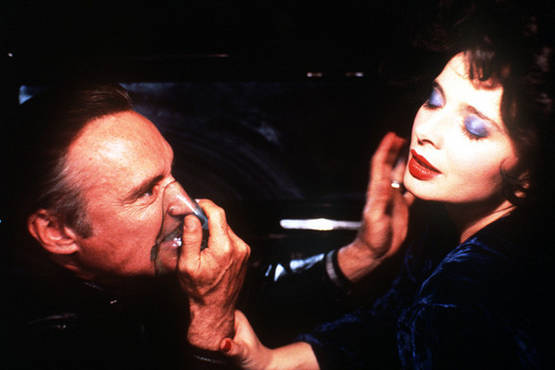 A drug dealer, a drug addict, a kidnapping, sexually-deviant rapist, and the world’s biggest Roy Orbison fan, Frank Booth is a shocking piece of work. On the outside, he looks like a pretty normal guy, but there’s a snarling, growling beast lurking inside of him that’s fueled only by huffing chemicals through an oxygen tank. Only David Lynch could create such a disturbing character.

Through constant bouts of sheer rage and strange fetishes involving a pair of scissors, some blue velvet, and pretending to be an infant, Dennis Hopper gives, arguably, his career’s greatest performance. No other actor would have been able to pull the character of Frank Booth off, and that’s why he’s considered #1 in my book.