This quote sounds a bit exaggerated,but no one could deny the fact that Abbas Kiarostami has diverted cinema off its course a little bit.As one of the most important directors alive,the Cannes winner keeps making films that extend not only the possibilities of cinema but also our understandings of it.Below I’m gonna divide his nine major films into four sets in order to better discuss his cinematic styles.

Koker trilogy refers to a series of three films directed by Abbas Kiarostami, Where Is the Friend’s Home? (1987), And Life Goes On (a.k.a. Life and Nothing More, 1992) and Through the Olive Trees (1994). These films are connected only by the accident of place (Koker is the name of a village in northern Iran),there is never a plan of shooting a trilogy by the director,the latter one always grows out of the former one as the real life suggests.

The first thing I felt in this trilogy is Abbas’s deep concern for his characters,the dilemmas in everyday life of Iranian citizens,no matter it’s the heavy burden of the children in Where Is the Friend’s Home? ,the huge loss of people after an earthquake in Life and Nothing More or the marriage problems for the actor in Through the Olive Trees.You can feel the sense of social responsibility and humane spirit from the director in the trilogy.

The narrative method in the trilogy is quite anti-Hollywood,the necessary narrative information in the conventional Hollywood movies is sometimes missing.The best example is the closing sequences of Life and Nothing More and Through the Olive Trees, the audience is forced to imagine missing scenes. 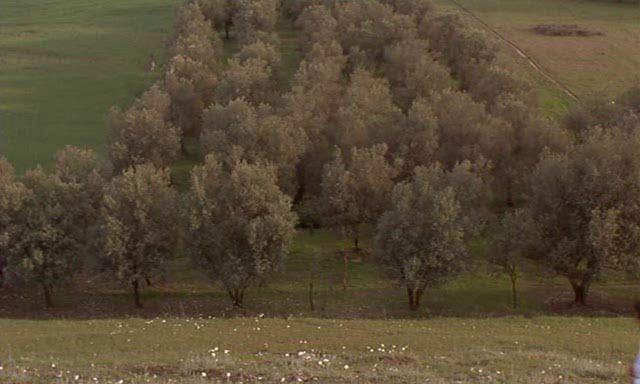 The brilliant ending of Through the Olive Trees

Taste of Cheery & The Wind Will Carry Us

Both of the films focus on the theme of life and death,but in a different way.Taste of Cheery tends to be a more philosophical one while The Wind Will Carry Us tends to be a more poetic one.Taste of Cheery discusses lots of serious subjects on life and death,the preciousness and fragility of life,the legitimacy of suicide etc.The Wind Will Carry Us is presented in a more indirect way,the story happens mostly around a graveyard but what the director is trying to show is the beauty and resilience of life through gorgeous images.

Both films are representatives of his minimalist style.Taste of Cherry has many distant overhead shots of the suicidal Badii’s car moving across the hills, usually while he is in conversation with a passenger.Many of the characters in The Wind Will Carry Us are heard but not seen, and there are at least thirteen to fourteen characters in the film who remain invisible throughout.These omissions on the screen reminds us of how simple cinema can be. 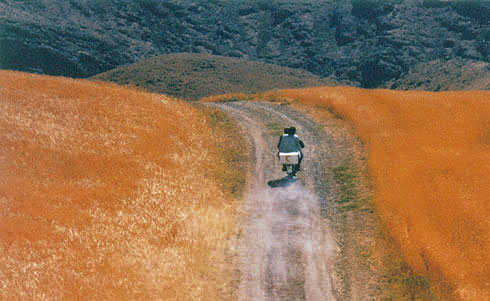 The gorgeous looking suburban landscape in The Wind Will Carry Us

The most discussed signature style of Abbas’s cinema is the ambiguity between fiction and non-fiction.The fiction side of Close-Up is that the story of the fraudulent director  is so dramatic that it looks so much like a film plot.The non-fiction side of Close-Up is that the shooting style is so documentary-like,the director himself even appears in the film,so the audience is reminded throughout the film that “this is not a film”.

Abbas’s trick gets better in his latest work Certified Copy,the line between fiction and reality has never been this thin.Apparently the film starts with two total strangers meet and spend a afternoon together in town,but as the plot proceeds,we gradually find the relationship between the two is not what we thought it was,when the film ends,we get totally confused with it.Are they really total strangers? or they are just ex-lovers? or they are married couple? or they just played a game of role-playing as a couple? We get lost in the middle of the film but can’t figure out where we get lost,it’s just like a magician suddenly makes the rabbit in his hands disappear in front of the audience,we feel cheated but still get fun out of it. 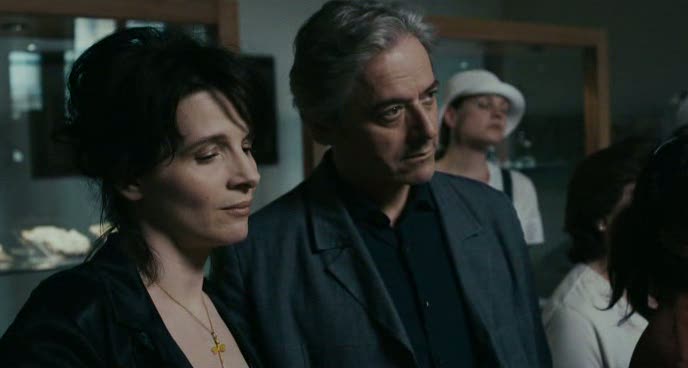 Are they a real couple? – Certified Copy

The two most experimental films from Abbas Kiarostami.With Ten,Abbas explores the power of actors,just as what he says,”Ultimately, everything belongs to the actors – we just manage the situation.”.He only wrote guidelines of the film and during the shooting,he was even absent in some of the scenes.The control was handed to the “actors”,and since they didn’t know what was happening,the film came out in the exact way Abbas wanted.

Shirin is another bold experiment in cinema with only the faces of female spectators appear on the screen when they are watching a film,the camera captures the different emotions of those people intensively,which reveals a truth we are familiar with but never notice in our everyday lives. 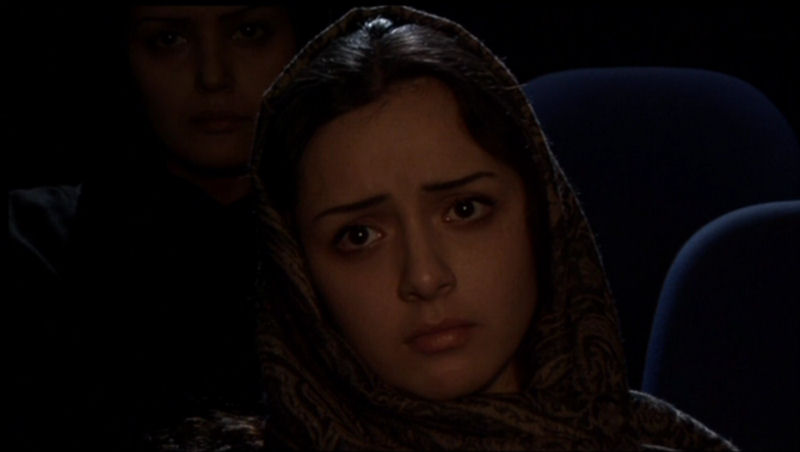 The more Abbas Kiarostami films I watched,the deeper I fell in love with his cinema.The richness of his cinematic language,the consistent exploration of the possibilities of cinema,the profound thoughts on fiction and reality,all these help me understand the art of cinema more.

What Abbas Kiarostami have you seen? What’s your thoughts on his films?