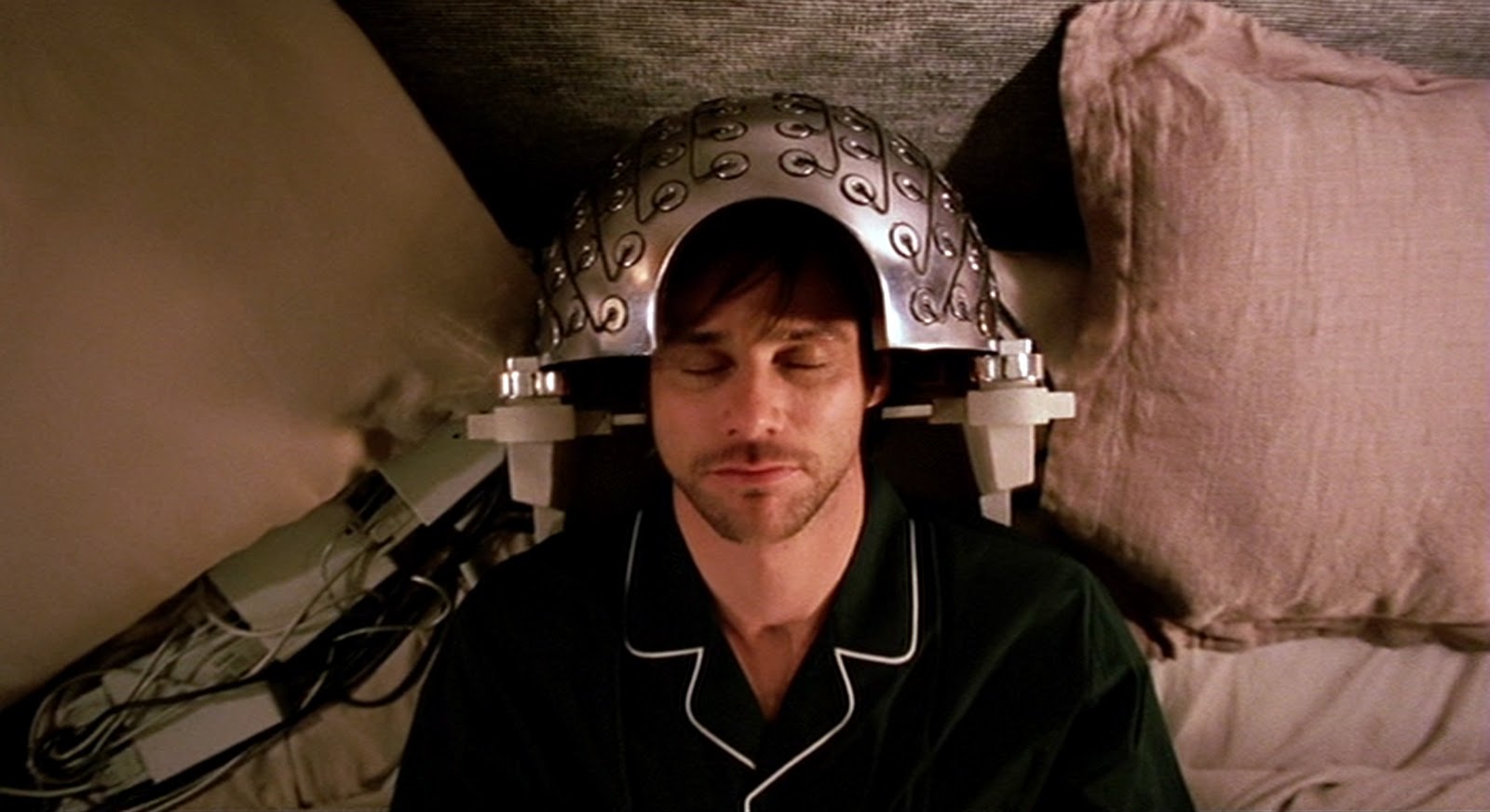 Leave it to Hollywood’s most neurotic and self-proclaimed misanthrope to write the most heart-rending romance of the new millennium, in which a recently separated couple erase all memory of each other following a messy break-up.

Science fiction elements are siphons for this Charlie Kaufman-penned interrogation of identity and human connection, where the bitter regrets and pent-up frustrations of one Joel Barish (Jim Carrey) coalesce into a labyrinthine cat-and-mouse game within his own subconscious. Capitalizing on this inventive conceit, in which we see our heartbroken hero try to salvage his memories by navigating scattered flashbacks of his ill-fated romance, Kaufman and director Michel Gondry burrow deep into the human condition; conceding that love and the past can be painful but should be cherished as a precious part of ourselves. 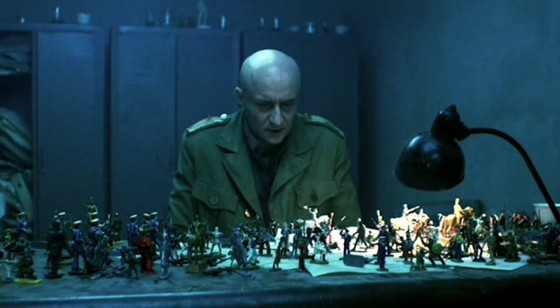 Though buried amongst the myriad Eastern European post-apocalyptic films that dominated the ’80s (‘On the Silver Globe’, ‘Dead Man’s Letters’, ‘A Visitor to a Museum’ just to name a few), this all-but-forgotten theological allegory stands out as a fascinating prism as which to understand the lingering anxiety about nuclear annihilation that clouded above everyone’s heads at the tail end of the Cold War, as well as mankind’s need for myth and delusion in desperate times.

Set after a nuclear holocaust that deems Earth’s surface wholly inhospitable, this bleak yet darkly comic film takes places in a claustrophobic underground hideout where the remnants of civilization just barely scrape by. The story follows a jaded bureaucrat tasked with spreading the rumor that a mythical savior ship called The Ark will soon come to their aid—an empty fabrication to appease the masses that is unanimously embraced by a population struggling to come to terms with its impending doom.

No anime film has had a bigger and lasting impact in pop culture than this landmark cyberpunk epic based on the 1982 of the same name. Consisting of 2,212 shots and 160,000 animation cells that ballooned up its budget to $10 million, ‘Akira’ is a visual juggernaut that put every preceding hand-drawn movie, Japanese or otherwise, to shame—redefining sci-fi, a medium, and an era altogether with its kinetic visuals and neon-soaked cityscape.

Juggling a gauntlet of themes at its fold, the story features motorcycle gangs, psychokinetic mutants, civil strife, and government corruption amid a bustling Neo-Tokyo metropolis in the throes of mass destruction once again merely 30 years removed from World War III. ‘Akira’ rightfully remains the measuring stick to which all anime films are judged, and its influence continues to ripple across all mediums, from Netflix’s tentpole series ‘Stranger Things’, Kanye West’s music videos, to Jordan Peele’s latest blockbuster ‘Nope’. 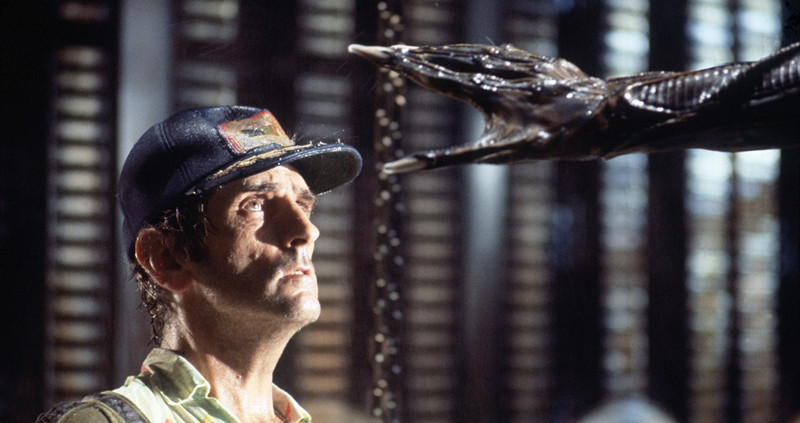 The unknowable vastness of the cosmic void is gazed with wonder in Ridley Scott’s watershed masterpiece, in which a group of blue-collar astronauts out on an interstellar mission are viciously hunted down one by one by a slimy, phallic-shaped extraterrestrial predator.

Teeming with moments that will cling to you like barnacles, ‘Alien’ is a film that takes its time before implanting itself in your mind and going straight for the jugular. But if anything can be said about it, it is that it truly earns its big scares. No matter how many times you’ve seen the movie, watching Sigourney Weaver fend for herself across the dark corridors of the USCSS Nostromo while a lethal threat lurks around the corner is an unnerving experience you’ll have a hard time shaking off.

Language is the foundation of civilization and the big thematic lynchpin in this slice of cerebral cinema based on Ted Chiang’s short story, in which 12 giant alien crafts land all around the world and experienced linguist Louise Banks (Amy Adams) is called to duty by the U.S. Army to figure out how to communicate with them.

Helmed by sci-fi connoisseur Denis Villeneuve, who would leverage his work here into shooting the likes of ‘Blade Runner 2049’ and ‘Dune’, this is a film that feels sprawling in scale yet intimate in tone; sentimental and profound without no such thing as hokey schmaltz. If listening to Max Richter’s ‘On the Nature of Daylight’ at the end of this one doesn’t make you well up you’ve got a heart of steel. 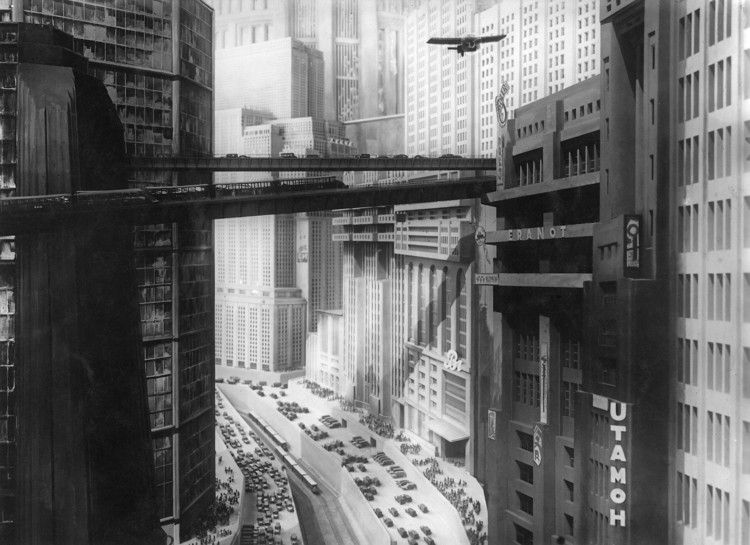 Long before ‘2001’, ‘Star Wars’ or ‘Blade Runner’, there was ‘Metropolis’. Inspired by director Fritz Lang’s trip to New York in 1924, this watershed moment in cinema history that’d become the granddaddy of the sci-fi genre conjures up a Babel-sized futuristic cityscape bustling with Art Deco skyscrapers that envisions technology not as a weapon of progress but oppression and class struggle.

Mind and body must be mediated by the heart; or so the film ultimately argues, priorly introducing us to a stratified society where the privileged elite leech off of an exploited working class that undergoes endless labor shifts in the lower depths of the city. Fritz Lang’s timeless parable remains undeterred by its almost-centenarian status and is filled with indelible images that retain their power and otherworldly beauty to this day.

The scorching debate of what constitutes something as ‘real’ or ‘human’ in an increasingly post-human world lays at the crux of this visionary diptych, which is all but impossible to discuss without referencing both of its entries.

Ridley Scott’s 1982 grimy neo-noir introduced the world to Replicants, Tyrell Corporation, Harrison Ford’s Deckard, as well as its gloomy vision of 2019 Los Angeles—an incredibly detailed and immersive megalopolis teeming with bright neon lights, overcrowded night-markets, monolithic pyramids, and drenching rainfall that wielded an unrivaled influence on the aesthetic evolution of science fiction as a whole. It would have been easy to write Denis Villeneuve’s 2017 rendition off as a shameless studio cash-grab, but the French-Canadian maestro avoided the common pitfalls of these kinds of endeavors and caught lightning in a bottle with a worthy successor that stands thoroughly on its own. Put both films together and you have the mightiest, and headiest, one-two punch in all the cosmos. 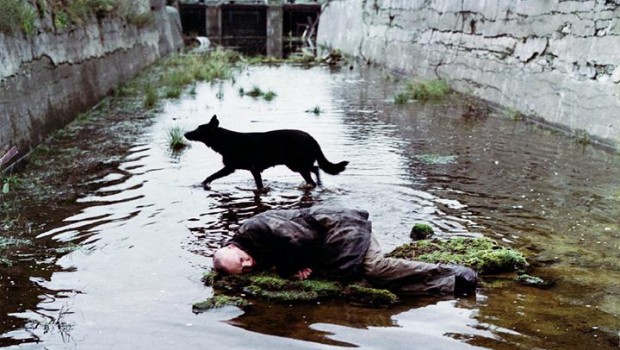 It’s no backhanded compliment to say that ‘Stalker’ turns boringness on its head; rarely does a cinematic experience swallow you whole, but Andrei Tarkovsky’s contemplative masterpiece, in its leisurely languid manner, does just that.

A religious parable, an anti-Soviet manifesto, an anti-nuclear cautionary tale… Few films, if any at all, have been subject to such a wide range of analysis and rigorous psychoanalytic readings while still opening to new allegorical interpretations today. Following a group of men who venture into a mysterious, barren wasteland where innermost desires are said to be granted, ‘Stalker’ stirs up deeper truths; suggesting that our unconscious cravings might not be as pure and selfless as we’d like to believe and might be better left unknown. Bleak but certainly not devoid of hope, this Soviet classic is essential viewing for any science fiction fan worth their salt. 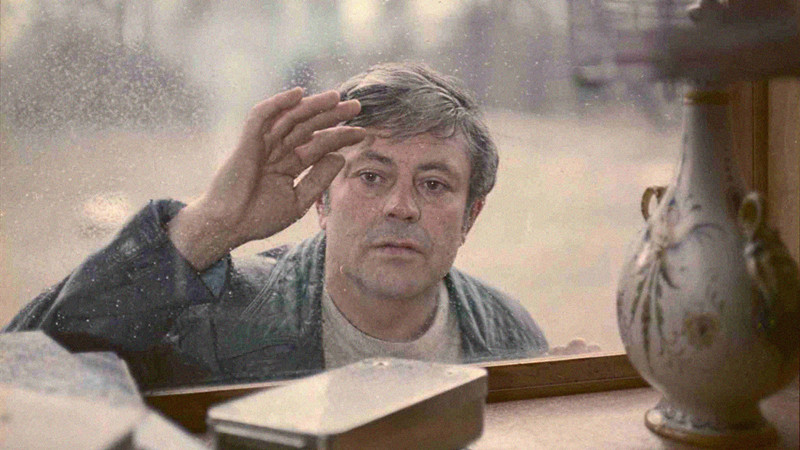 Tarkovsky’s philosophical musings found yet another sublime expression in ‘Solaris’, where a widowed psychologist named Kelvin arrives at a space station near a mysterious planet that has the power to manifest deeply embedded memories of those that come near its orbit. As Kelvin’s long-dead wife appears to him out of thin air—or, to put it more precisely, the sum of his subjective memories of her does—our grief-stricken protagonist is forced to confront the material form of his buried conscience.

Though commonly billed as the Soviet response to Stanley Kubrick’s 1968 classic, ‘Solaris’ is less of a rebuttal than it is a fascinating companion piece. Whereas ‘2001’, and most sci-fi offerings at the time probed the human condition outwardly by looking into the distant future with awe, ‘Solaris’ greets the boundless possibilities of outer space with skepticism, slipping its profound introspection into the guise of more traditional genre tropes and clinging to memory like an unshakable fever dream. 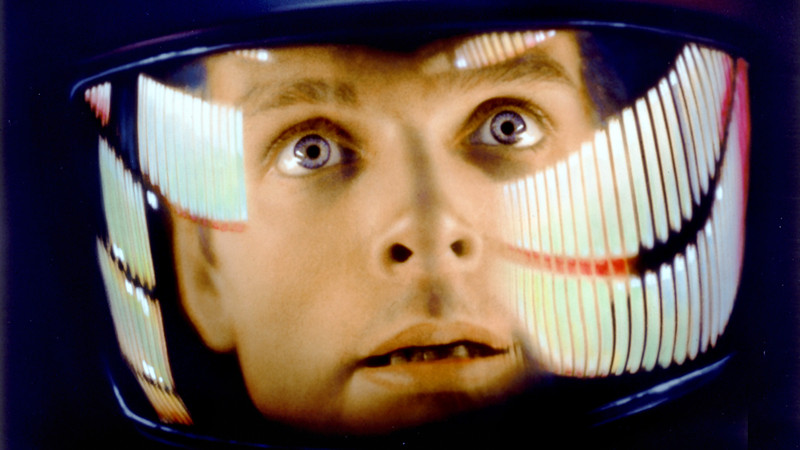 There’s really not much to say about ‘2001: A Space Odyssey’ that hasn’t already been repeated ad nauseam, to the point that trying too hard to put this colossal achievement into words almost feels like a disservice to its creator. At once a revelatory window into the past and a speculative journey into our future, Stanley Kubrick’s transcendent epic has managed to beguile viewers for the past half century by evoking mankind’s greatest hopes and darkest fears. And perhaps the film’s overflowing deluge of ideas all boils down to one simple inquiry: Where are we headed?

54 years on, we don’t really have a better grasp than we did back when the film first graced the silver screen. Throughout that time, however, many of the film’s predictions have been proven eerily prescient by recent scientific discoveries and technological advances. It’s a game of inches between Tarkovsky and Kubrick, but if there’s a film that captures the unlimited potential of science fiction, this one’s pretty much it.