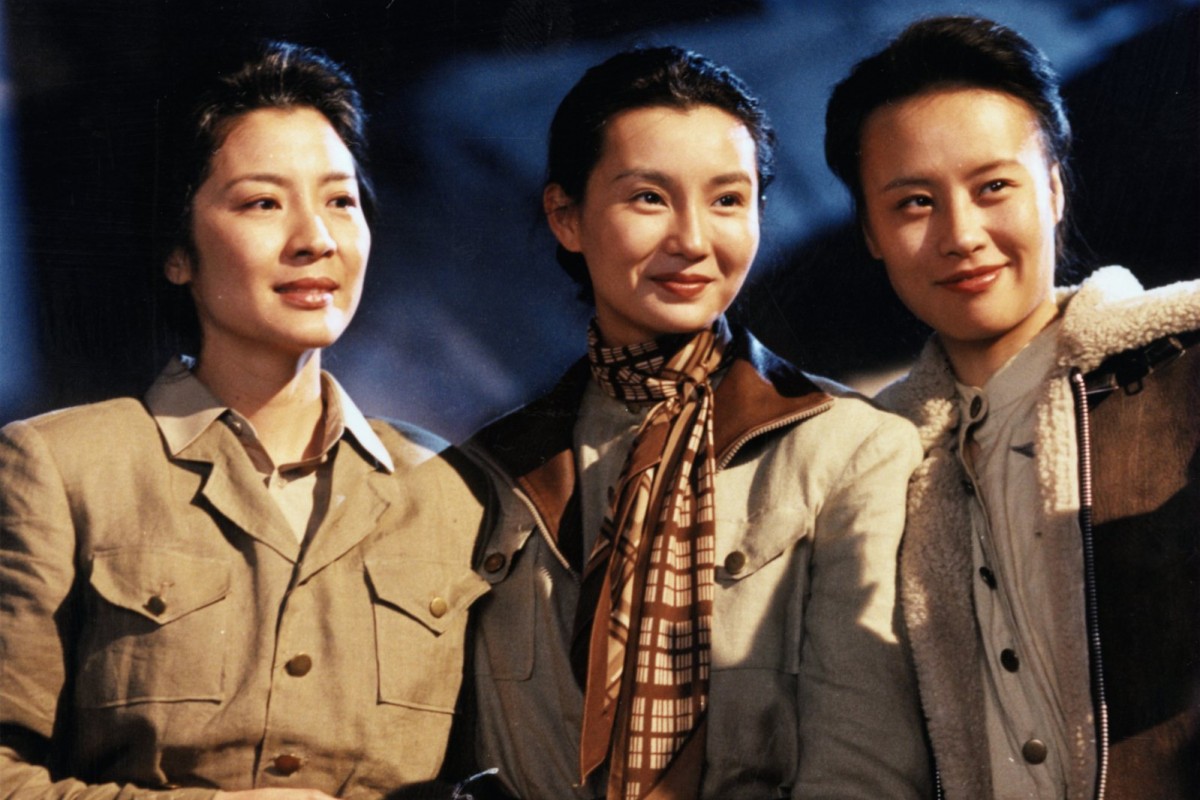 Now enough with the action and comedy, time to move on to drama roles because Yeoh can do everything. She also excels at portraying real-life figures. It had to be represented on this list here, so it was a tough choice between this and “The Lady” where she played 1991 Nobel Peace Prize laureate Aung San Suu Kyi to perfection. That’s probably a meatier role and would make more sense to put here but “The Soong Sisters” is a better film and it’s yet another excellent performance. Sure, her character gets somewhat sidelined here after some time and has probably the least screen time compared to other sisters but it doesn’t matter because sometimes in such roles, your talent becomes more obvious. If you give a memorable performance in a limited screen time, then you have something in you.

The Soong sisters were Soong Ai-ling, Soong Ching-ling, and Soong Mei-ling, three Shanghainese (of Hakka descent) Chinese women who were, along with their husbands, amongst China’s most significant political figures of the early 20th century. They’re portrayed by Maggie Cheung, Michelle Yeoh, and Vivian Wu. The movie has gorgeous cinematography and an intriguing story, but it also benefits from its well-cast stars. Yeoh is engaging and likable as ever. Since she plays the eldest sister, there’s a bit of a mentoring quality in her performance and it fits her well. It was the start of her dramatic performances which prove she’s more than an action star. She was nominated for Hong Kong Film Award for Best Supporting Actress for her performance. 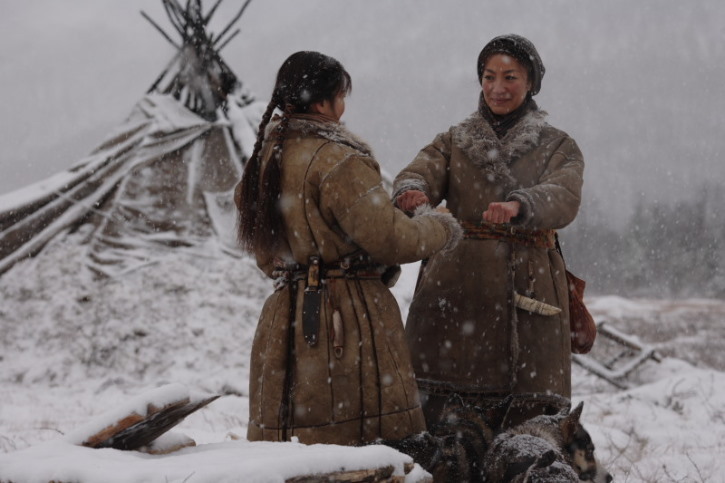 Asif Kapadia is well-known for his acclaimed documentaries but sometimes his other works get overlooked. “Far North” is one of those. Beautifully made, a haunting tale of isolation and trust with some gorgeous cinematography you can expect from the director got mostly overlooked mainly because the film was little arthouse for mainstream tastes. Yeoh plays Saiva, a survivor traveling the Arctic ice floes. She is said to be cursed and her family was massacred. Then she finds a dying man and nurses him. The following events bring back memories of her past.

It’s a bit of a minimalist film, so it’s not too easy to describe the plot without spoiling it but this is a great character study. Keep in mind that it’s a disturbing film and something that might alienate Yeoh’s audience who loved her in all those fun action films. Then again, this is why the movie is so notable because it’s a great testament to her versatility. Yeoh plays the character with wonderful subtlety and nuance. The movie represents a road less traveled for Yeoh. If she wasn’t this huge star of action films, maybe she’d get offered more of such character work and as can be seen here, she’d be great in all of them. 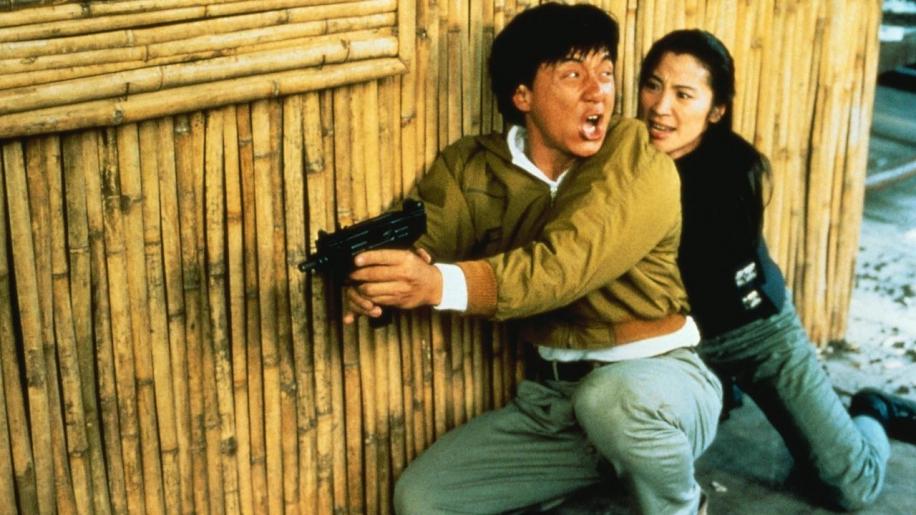 “Police Story 3: Supercop” was her comeback film following a break of four years; she had quit acting at the request of her then-husband, the billionaire studio head Dickson Poon. And what a comeback that was. Hong Kong cop (Jackie Chan) joins Interpol to bust a Chinese drug gang. The secret service agent Yang (Yeoh) sends him undercover to a labor camp. If you like Jackie Chan movies, “Supercop” is a perfect one. Crazy wild stunts, an engaging storyline, and a lot of Chan-style humor. Though Chan’s own talent can never be overstated, Yeoh equals him at every turn here. The movie was a huge hit in Asia which produced Yeoh-led spin-off film “Supercop 2”. Few years later the movie got a US release and basically introduced Yeoh to wider audiences.

This is a terrific place to know Michelle; She’s incredibly charismatic, amusing, engaging, and all the other things. It’s just an amazing star vehicle and she shines in every moment, and is not afraid of doing her stunts on herself. The motorcycle stunt was particularly noted by viewers. “I’ll never ever forget that motorbike stunt,” she says. “I can’t believe I agreed to do it. When I was redubbing the movie, I just went pale watching myself. It’s amazing I made it out of that movie in one piece.”

On a David Letterman appearance in 1997, Yeoh famously called Chan a “male chauvinistic pig” who always says women should stay out of action but according to her, now he says “except for Michelle” because “I’d kick his butt”. Yeoh and Chan became good friends on the set and it’s evident in the film because their chemistry is amazing. “Supercop” remains one of the best action films with some of the best stunts ever performed by two of the greatest action stars of all time.

Ang Lee’s Mandarin-language epic Crouching Tiger, which is set during the 19th-century Qing Dynasty was a major commercial and critical success. The film was highly praised for its story, themes, and amazing martial arts sequences among other things. It was nominated for ten Oscars (winning four), but while her amazing performance brought her a BAFTA nomination, unfortunately, Yeoh got snubbed by the AMPAS. Ang Lee says Yeoh is “the only actor who’s ever made me cry while I was shooting a scene”, says what she does here is Shakespeare level, and “She doesn’t get to show off dramatically a lot, but I knew she could do it”.

Indeed, as the guardian of the legendary sword, Yeoh gives one of her best performances, jumping between her physical and dramatic talents with astonishing range. Her fight scene with Zhang Ziyi is particularly amazing in how she uses different weapons expertly. Yeoh suffered what she termed “a bad fall’’ and injured her left knee. It was a rough shoot for her but she believes it was all worth it. But this is also a strong dramatic performance, a very deep and stirring performance. Just looking at Yeoh’s eyes can give you so much about her character or just reading her facial expressions. She brings so much poise and charm to the part as well. If you have no idea who Michelle Yeoh is, just watching this film might be enough for you to realize that she’s an absolute icon. 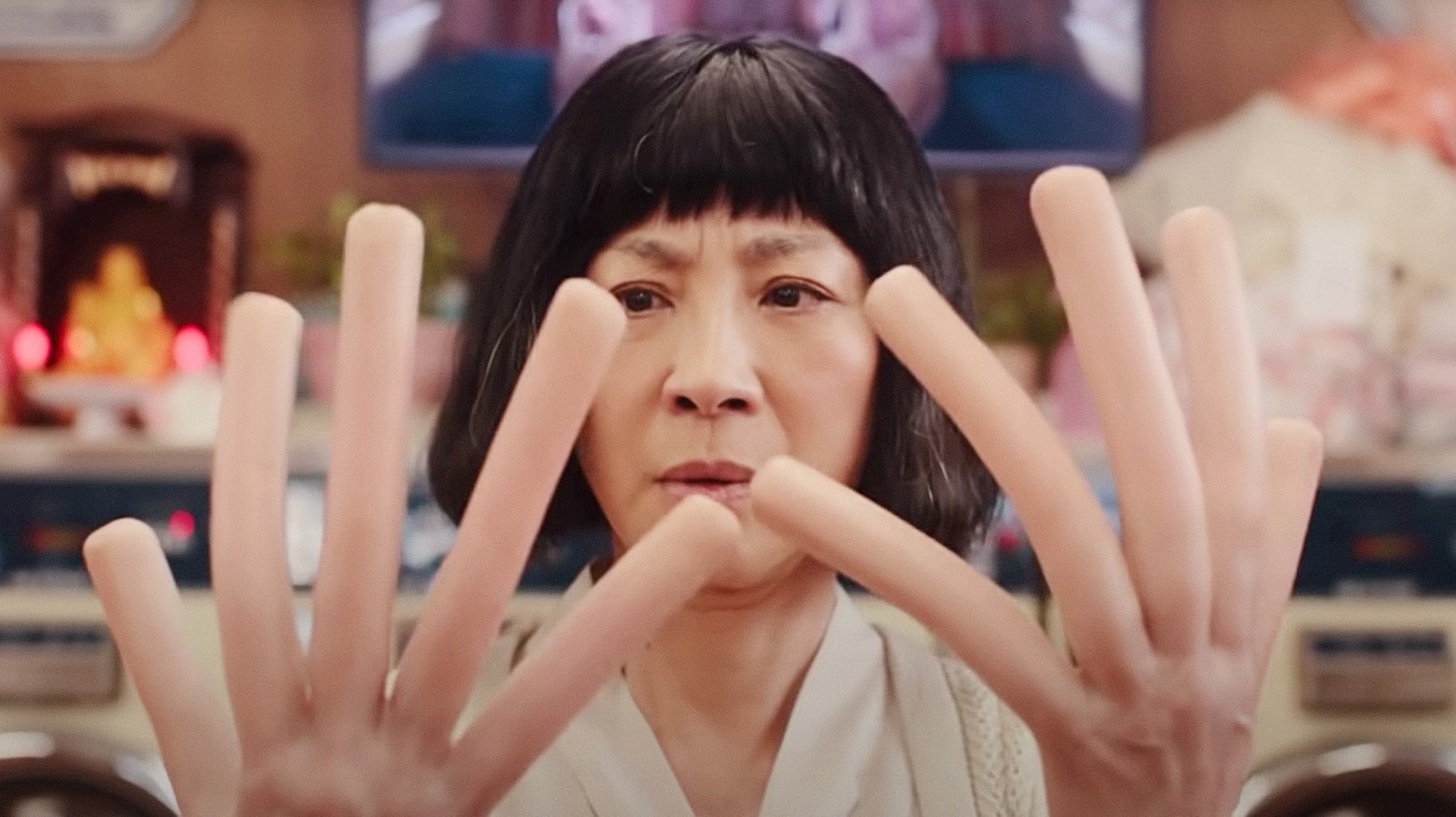 Sometimes a film comes out that is too “out there”, too creative, too confusing or too unusual, or too “something” that it doesn’t get the recognition it deserves. It takes years for it to develop a cult following. That’s why it feels great to see “Everything Everywhere All At Once” getting a lot of good box office for the post-pandemic indie scene and so much attention from film fans all over the world. Because on paper, it’s not a film for everyone.

The movie is full of anarchy of genres switching from comedy to family drama to action to who knows what else. Just from this, you might realize that it’s a meaty role for Yeoh. Not just a great role, but almost an homage to her career, a tribute to her talent, and an excellent showcase for her versatility, her ability to shine in every genre. She plays Evelyn, a woman who runs the laundromat under her apartment with her husband as she tries to navigate all of the chaos in her life. She is also in the midst of getting audited by the IRS. When she discovers that she has the ability to access parallel universes, she must connect with her multiverse selves in order to save them all from destruction. This is a very dynamic performance where she creates a relatable and focused character. She gets subtle dramatic moments and some hilarious scenes. Of course, a lot of action too and no matter what she does, her range feels unmatched. It’s almost like she brings the weight of her career to the film.

Yeoh has had an amazing career, starring in different languages in different parts of the world. She was a revolutionary in many ways and her versatile talent made her an icon of cinema for years. “Everything Everywhere All At Once” is a great combination of almost everything that made her such a special star all these years and reminds us all the reasons why we – the movie lovers – fell in love with her. Who knows if the Academy will recognize this performance or not, it might be an early release or might be “too weird” of a film for them but it’s time for Yeoh to get recognized for her the talent she has been showing in films for decades and this is a golden opportunity.

Honorable Mentions: “Memoirs of Geisha” got criticized for various reasons but Yeoh’s amazing performance is not one of those. Then there’s underrated “Wing Chun”, campy fun of “The Heroic Trio”, John Woo-produced “Reign of Assassins”, and strong performance in “The Lady” but this is a woman who is great at everything she does, so you might just pick any random film and she’ll most probably be great.