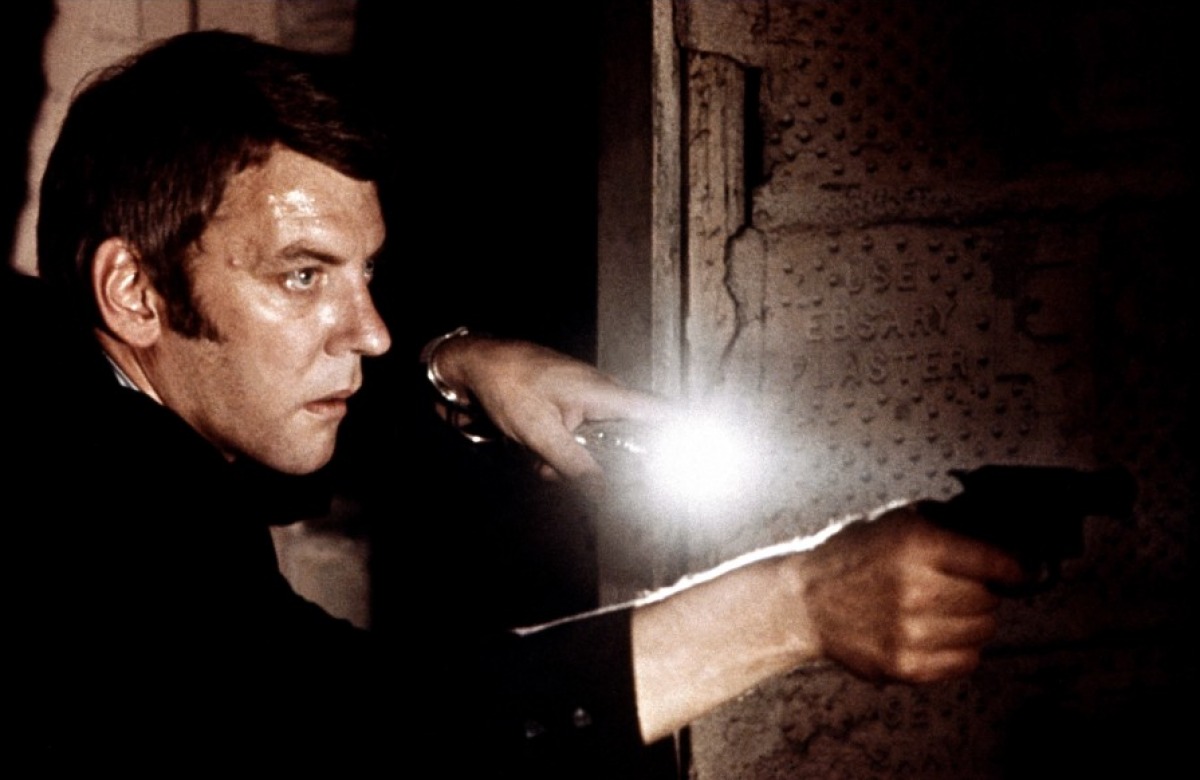 Klute falls right in the same category as the other neo-noir greats that influenced The Batman. On its own, it’s still a beloved piece of 70s cinema that has two of the New Hollywood’s finest actors dishing out some of their best work. It is required viewing no matter if you saw The Batman or not, but its similarities to the latest superhero hit makes it an even better watch at the moment. Klute is one of the finest examples of how to blend romance into a thrilling story. The sexual intrigue of its leads plays right into the danger involved and never feels like a secondary part of the story.

It is just as prominent as the mystery plot at the film’s core. And what an influence on the look of The Batman as well. It is astonishing how gorgeous Klute remains even to this day. The background is all consuming and is as deliciously dark as any devious setting 1970s cinema was able to offer us. It was an instrumental part of The Batman’s identity and remains a more than solid 70s feature to this day. 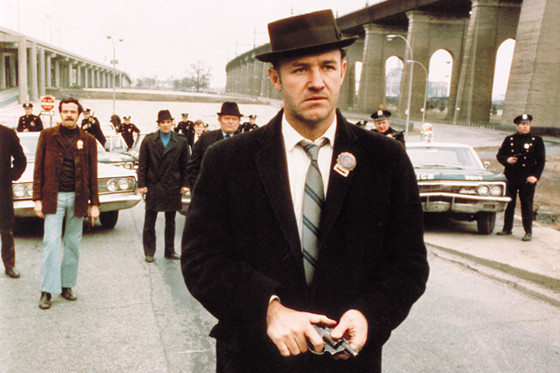 And just one more 70s gem to feast your eyes on. The Batman is filled with sleaze. The environment is grimy. The dialogue is all delivered with grit. All characters inhabit a moral grey space and must look out for their own interests against others trying to sabotage their plans. It is supposed to be a far cry from the traditional good and bad narrative that Batman and virtually all superheroes were born from. And what better way to follow such a movie up than a story about one of Cinema’s greatest antiheroes.

Gene Hackman is nothing short of masterful as he has to carefully tow the line between despicable and badass. Doyle was one of the first characters to usher in a less straightforward moral tale to spoon feed to audiences. Seemingly every character in The French Connection feels culpable in some way. And that refusal to triumphantly lift its characters as champions of justice is why it holds so much power today. Oh, and the greatest car chase ever put on film. It is an adrenaline pumping roller coaster that has no right to be this exciting 50 years after its release. 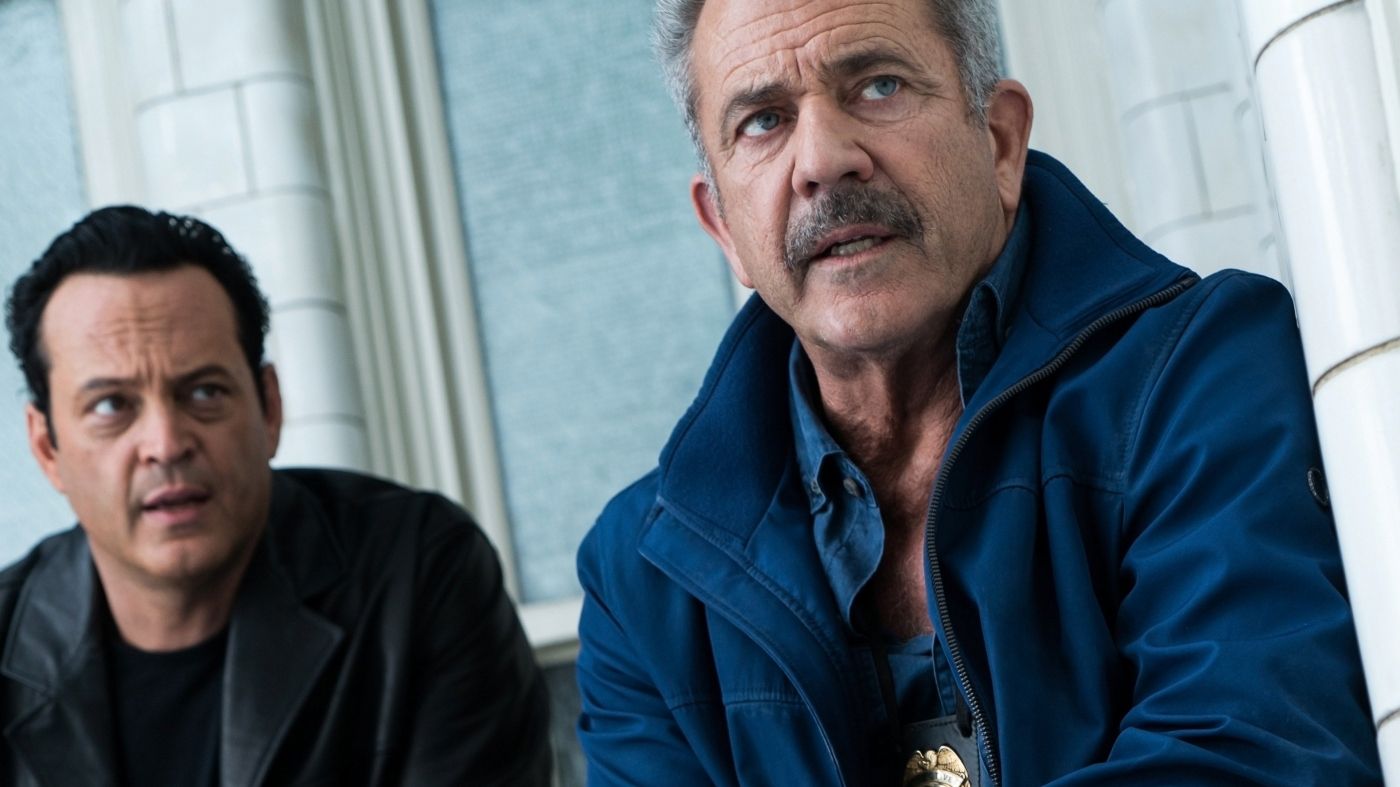 But do not let other articles fool you. If you loved The Batman, you do not have to go digging through the annals of history to find something you will enjoy. Low and behold, Dragged Across Concrete. Dragged Across Concrete has become recognized as a hidden provocative gem. It flirts with the politics behind police and class even more so than The Batman but is very much concerned with providing a fast-moving pace for the audience.

Its view of the crime underworld is desolate, but it is likely its stark ambiance will not be at the forefront of your mind afterwards. You will more likely be taken aback by how funny it can be without coming off as mean or unfeeling. The dialogue is sure to impress. It is totally stripped of Hollywood elegance and pomp and is all the better for it. But what is likely to be most memorable is how well Zahler’s work can balance its pulp setup and unrelenting bursts of action with a world that is built off moral ambivalence and hopelessness.

As enigmatic as film can be. Michael Haneke’s work has a reputation for being on the offensive against the audience, unsettling and provoking in ways never seen in film before. Caché is no exception. It is a fascinating glance at class guilt and the sins of the past creeping up on a family and an entire nation. Haneke packs his frames, especially the final one, with hidden meaning that only makes the whole experience more surreal and unnerving. And it is unnaturally watchable.

Even though it does its absolute best to push you away with an all too timely look at the power of surveillance, it is even more challenging to look away, to stop thinking about something so distinct from anything else that gets played in the theaters. But its arthouse director and foreign language should not be a sign this is not essential viewing. It is a strong, artsy complement to The Batman’s comic book fueled glance at society’s wrongdoings.

And to finish out the list, Blow Out. Yet another masterful effort on this list that will likely become a favorite of yours even if you just appreciated what The Batman was going for. The entertainment value is extremely high, as to be expected from a De Palma feature. The political undertones run deep, with De Palma delivering one of the most iconic cynical works about America (during the 4th of July no less!). And it is simply lovely for detective junkies. Travolta’s Jack goes on a fixating detective journey that is made immortal thanks to the film’s all-time great sound design.

The film is cut from the same cloth as the rest of these classics. It is an acclaimed story of a hero attempting to deliver injustice but finding out that being honorable does not pay. Just perhaps the best of De Palma’s godly career.