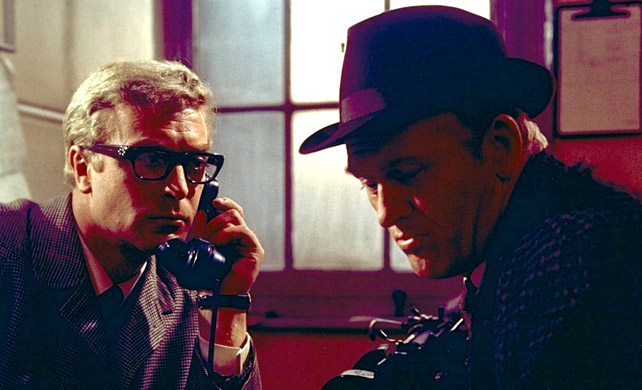 Why do you watch The Ipcress File? Probably because it’s known as the plain James Bond film of the 1960s. Whereas Bond was about flash and the spectacle of the spy world The Ipcress File is totally stripped of all glamor. Michael Caine puts on a great performance as his spy character has to stumble through the menial tasks and inconveniences of espionage.

Based on the novel by Len Deighton, The Ipcress File is never bogged down by the comparably plain nature of its story. The topic itself of brainwashed was perfectly selected to play off Cold War paranoia, and while there is an inept side to Caine’s character, The Ipcress File never plays anything for laughs too much. This is still a grounded, ominous spy feature that can becomes more unsettling as Caine’s Harry Palmer navigates the dangers of the underworld. 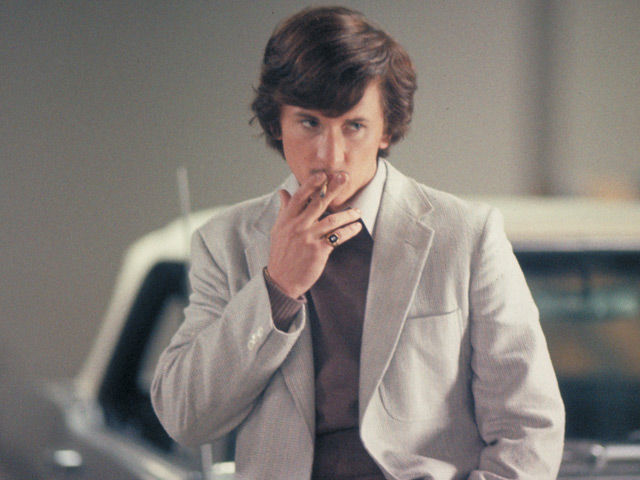 John Schlesinger has too many underrated movies to count. Roger Ebert may not have saved this film from its lifetime of anonymity, but he was spot on about its quality. The Falcon and the Snowman is a story that’s hard to believe. Christopher Boyce and Daulton Lee (two real people) become disillusioned with the American government and decide to sell classified information to the Soviet Union. Their plans are so nail biting because of how miraculous they are. The two young men are barely adults and yet sloppily end up retrieving sensitive documents and eluding capture, but not for long.

The Falcon and the Snowman thrives in its later moments, as Lee’ slip-ups lead authority forces right on their tale. Their capture is inevitable but that does not mean any scene does not put audiences through the ringer of suspense. And just for bonus points, it is one of the best explorations of how morally grey the Cold War always was, and how the era as a whole left no institution worthy of trust. 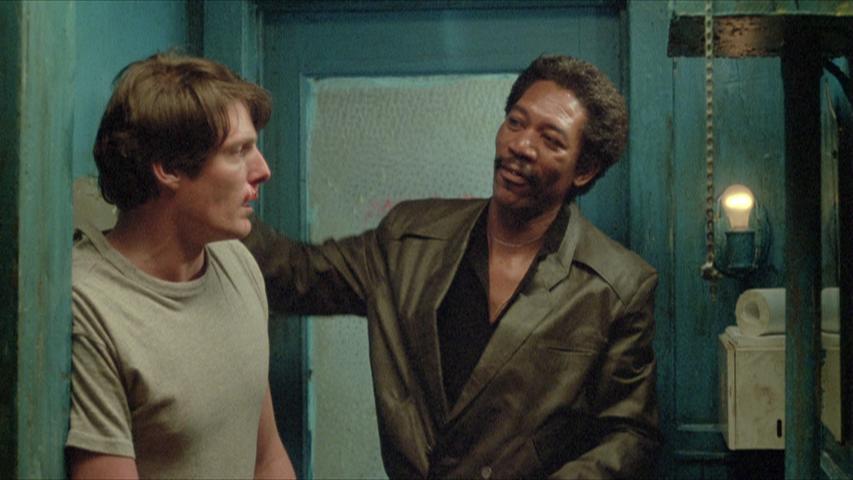 Street Smart is slowly but surely becoming a widely talked about underrated film. That is largely due to a mesmerizing performance from Morgan Freeman, who supplies even more proof he is one of the best to ever do it. Street Smart owes so much to that actor. It is not that much of the film is lacking but Morgan injects adrenaline into it with every word, every gesture.

It is so easy to see actors sleepwalk through roles as gangsters or powerful criminals, but Freeman brings a legitimate danger to the role that makes his presence nerve-racking. And the rest of the film ensures its place on the list. Because it is not just one guy carrying the film. Christopher Reeve has his most memorable outing outside of Superman, and the film as a whole is one of the less talked about movies when it comes to analyzing the ethics of journalism. Street Smart is unlikely to end up as one of your favorite movies ever, but it is probable you watch it and wonder how it is not talked about more. 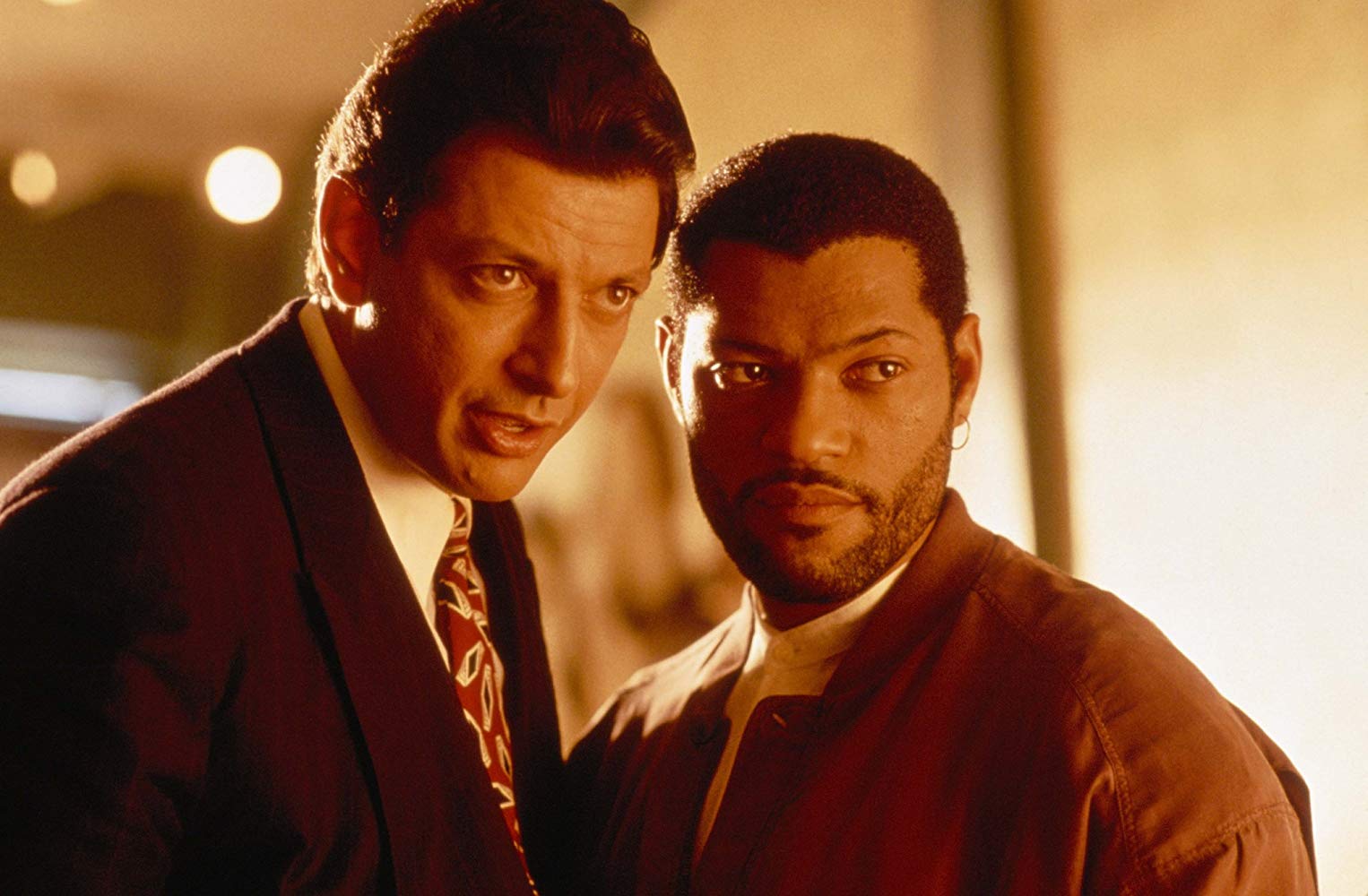 Deep Cover just keeps on growing as it goes along. As many have noted, what starts off as a blaxploitation feature looking to carry over the same pulpy greatness of the likes of Shaft becomes something much different by the end. It is evident from early on that everyone involved for the movie had high aspirations for the project. Laurence Fishburne and Jeff Goldblum breath life into the tired formula of undercover cop and drug lord. Their performances mixed with Bill Duke capturing a lively LA all make Deep Cover a must watch noir not so much concerned with where the genre has been and much more focused on where it is going.

The noirs of old did have their dose of cynicism but Deep Cover is entirely different. The main conflict is not really a cop vs. a gangster. The much more pertinent battles are the unwinnable war on drugs and a constant class warfare. Deep Cover contests neither of these wars have a discernable end. But there will always people who will be ready to exploit their way to the top. If you want a thriller with brains behind it, this is for you.

Like John Schlesinger, Willian Friedkin’s career is defined by underrated features. The French Connection was a seminal part of 70s canon but by the 80s he certainly lost some attention. To Live and Die in LA doesn’t have The French Connection’s influence, but it perfectly distilled the trends of the time. This is still as aggressive and critical of law enforcement as his 70s masterpiece, but to see it as a continuation of his work in the last decade would be a huge mistake.

This is 80s through and through. Bright colors and shimmering lights replace the cold exterior of his cold New York. The story moves at a furious pace laced with blood, cursing, and an overall coolness ingrained in so many of the decade’s best. Few auteurs made action thrillers like Friedkin. He had a special talent for getting the blood flowing and pulse pounding in ways that were both exciting and genuinely challenging to watch. The thriller is an unsung diamond in his strong filmography, and a must watch for film buffs.