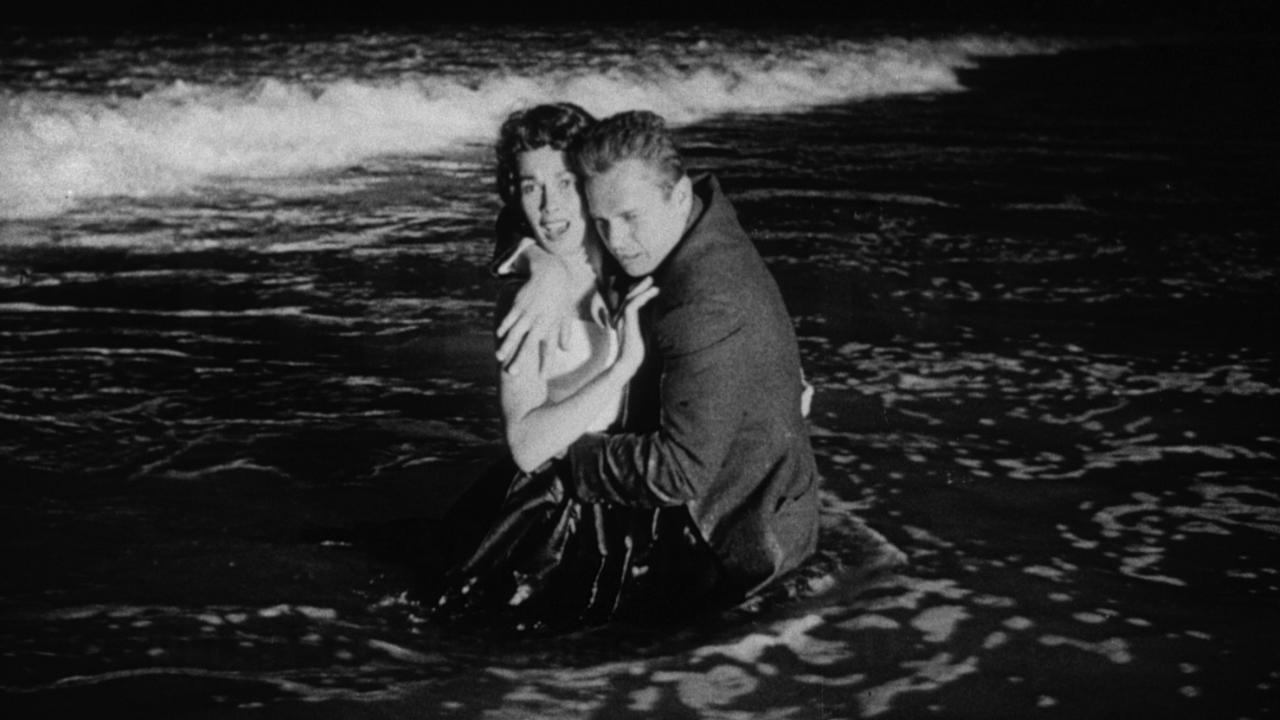 Meeker plays the thuggish Mike Hammer, a detective-cum-professional blackmailer, embroiled in the search for a mysterious briefcase, leading him through a sticky, nocturnal Los Angeles, rotten with macho grotesquery. Lumbering towards a climax straight out of an EC horror comic, or a public information film, the case turns out to contain, not a jewell-encrusted falcon or jade necklace, but some stolen plutonium, the quickest glance at which is enough to practically burn out the print in its final reel.

Aldrich’s subsequent career is often characterized as tending towards the operatic or high camp, but here he directs with just enough playful excess that the film never takes itself quite as seriously as the viewer. It also proved a cult favourite, with overt nods in the early work of Alex Cox and Quentin Tarantino. 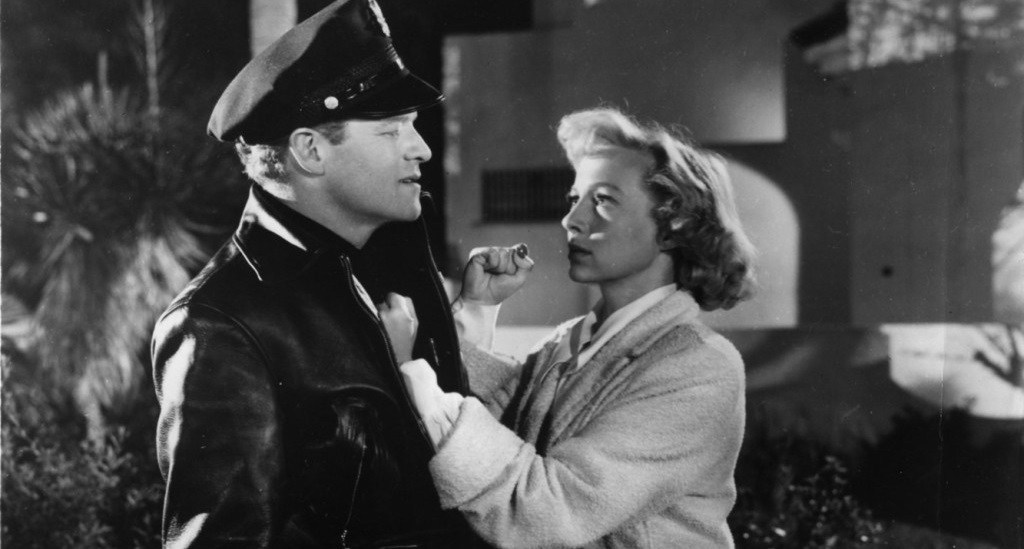 Made at the height of the McCarthy era, The Prowler (1951) was written by the blacklisted Dalton Trumbo, and one of the last Hollywood films for director Joseph Losey before he exiled himself. Looking at the world from this film’s grim perspective, it is easy to understand why he left.

Opening in an opulent California suburb, Van Heflin plays a beat cop, scheming to murder the wealthy husband of his high-school flame (Evelyn Keyes), into whose life he insinuates himself. After the murder, the two marry in secret, then abscond to an abandoned house in the desert so that she can secretly have his child. Shortly after giving birth, she confesses to knowing he was the killer all along, prompting him to flee. What begins as a tense thriller takes an unexpected dive into despair. The suburbs, rife with hypocrisy and creeping toxicity, are shown to be just as cold and desolate as the ‘ghost town’ where the story ends. The film was reportedly a formative influence on the work of L.A. Confidential author James Ellroy. 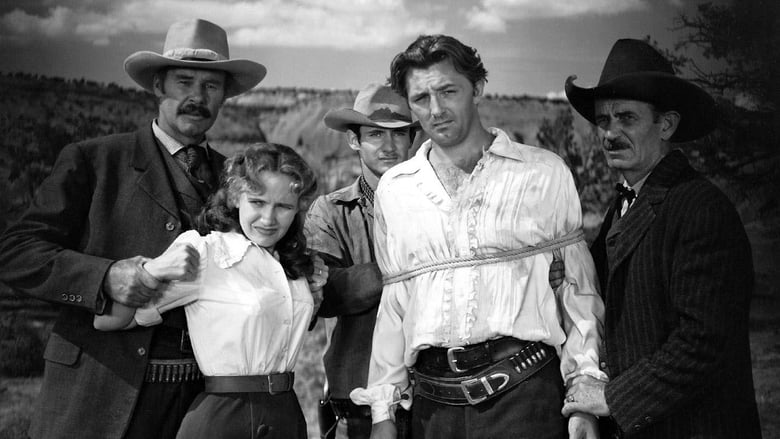 Noir is remembered for being the dark heart of Classical Hollywood, but of all the other genres of its time, it finds an unlikely kindred spirit in the form of Westerns. Better known for their colourful escapism and celebration of traditional values, the Western’s elegiac preoccupation with an idealized past would often bring with it a tendency for misanthropy and self-pity. Nowhere is this more evident than in Pursued (1947).

Robert Mitchum plays Jeb Rand, a rancher and war veteran, plagued by the childhood memory of his family’s massacre. After he accidentally kills his adoptive brother, adoptive sister Thor (Theresa Wright) marries him out of sheer spite, privately determined to one day get revenge. Years later, Jeb is hunted down by the man who massacred his family, by which point Thor’s hatred has abated enough to help save his life. Despite this supposedly happy ending it remains one of the most caustic Hollywood romances ever filmed.

Directed by Raoul Walsh, with striking chiaroscuro photography by James Wong Howe, the film is overpoweringly atmospheric, and a largely pessimistic study of trauma and guilt. Other examples of noir-westerns from the time include the Mitchum-starring Blood on the Moon (1948), Fritz Lang’s Rancho Notorious (1952), and Ray Milland’s A Man Alone (1955). 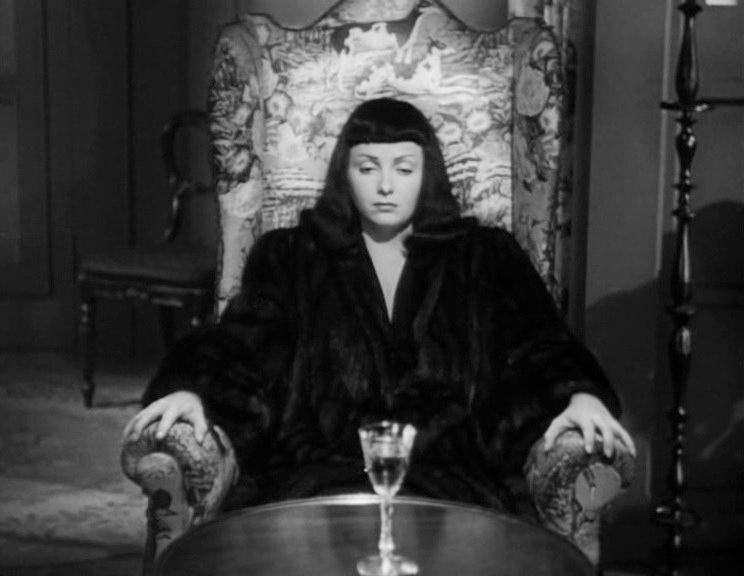 Between 1942 and 1946, producer Val Lewton created a series of astonishing B-horror films for wartime audiences. Perhaps the most fascinating of these, as well as the most noirish, is The Seventh Victim (1943).

Set mostly in the backstreets of New York, the film shows us a world jaded by disappointment, compromise, and guilty secrets. The guiltiest character of all is Jacqueline Gibson (Jean Brooks), who would be this film’s femme fatale if she were not kept in the shadows for most of its brief runtime. Gradually we learn she is a murderer, a satanist, possibly a lesbian, and having an extramarital affair with her psychiatrist. The only innocent character we meet is her younger sister Mary (Kim Hunter), who comes to the city searching for Jacqueline. Early on, she witnesses a murder but fails to report it to the police, at which point the film seems to lose interest in her, since she has become as guilty as any of the other characters.

The film concludes with Jacqueline killing herself, an eventuality foregrounded almost from the beginning. At a time when the Production Code forbade suicide as a means of escaping the consequences of crimes, such a fatalistic outcome could only have been possible in a horror film. 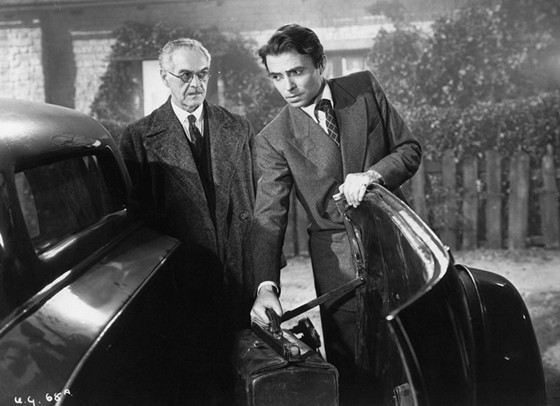 British cinema produced more than its share of noirish dramas during the postwar years, including Alberto Cavalcanti’s revenge thriller They Made Me a Fugitive (1947), and the prison drama Yield to the Night (1956). Censorship in the UK, particularly during the ‘40s, tended to be less puritanical about certain subjects than the Production Code, allowing for such gems as Lawrence Huntington’s thriller The Upturned Glass (1947).

James Mason plays neurosurgeon Michael Joyce, who takes revenge upon the blackmailing sister of his mistress Emma (Rosamund John), whom she drove to take her own life by jumping from a window. After killing the sister the same way, and doubting his own sanity, Joyce commits suicide by jumping off a cliff.

The film was a departure for Gainsborough Pictures, who had a string of huge hits featuring Mason in period melodramas. Particularly notable is Joyce’s ghoulish recreation of the original crime, one of many uncanny similarities to Hitchcock’s Vertigo (1958). Although driven more by a fashionable interest in psychoanalysis than most of its Hollywood counterparts, the film’s circular narrative bears all the fatalistic hallmarks of noir at its darkest.