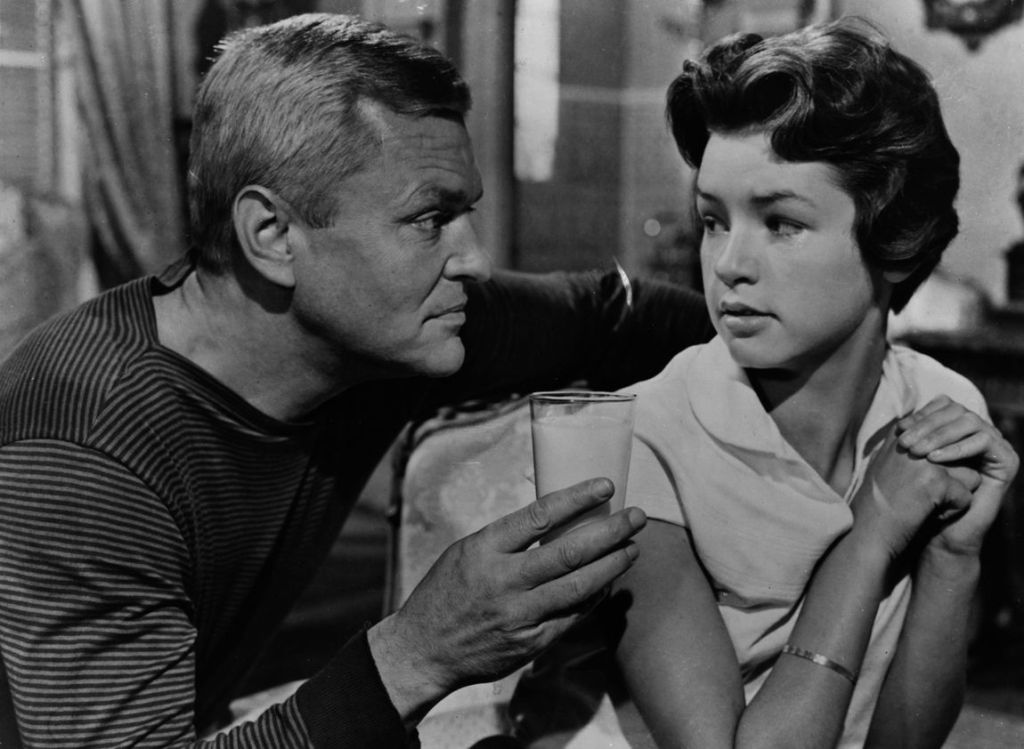 Set on the coast of Italy, The Snorkel stars Paul Decker, played by Peter Van Eyck, who is disgruntled and discouraged in his marriage. In true horrific fashion, he executes what he believes to be an impregnable murder of his wife. However, his stepdaughter, played by Mandy Miller, grows suspicious that he has not only murdered her mother, but is also responsible for the past murder of her father. Beset with apathetic police force, Candy takes it upon herself to get to the bottom of the strange circumstances surrounding her mother and father’s, murder.

Making unsettling use of the titular prop, the film progresses in an equally unsettling manner with voyeuristic shots, slow pans, and careful choreography. Bright, vibrant shots of busy daytime streets sit side by side with ominous shots in dimly lit rooms with suspicious characters. Musical cues throughout give a dynamic and rich texture to the film as well.

The cinematography makes good use of the setpieces, giving the audience pleasant sweeping shots of the serene waters and cascading rocks of the Italian coast. Though it can be said that the film is a thriller, the pace is decidedly slow, using tension and suspense as key elements to unleash the horror within, thanks to noted Hammer screenwriter Jimmy Sangster. 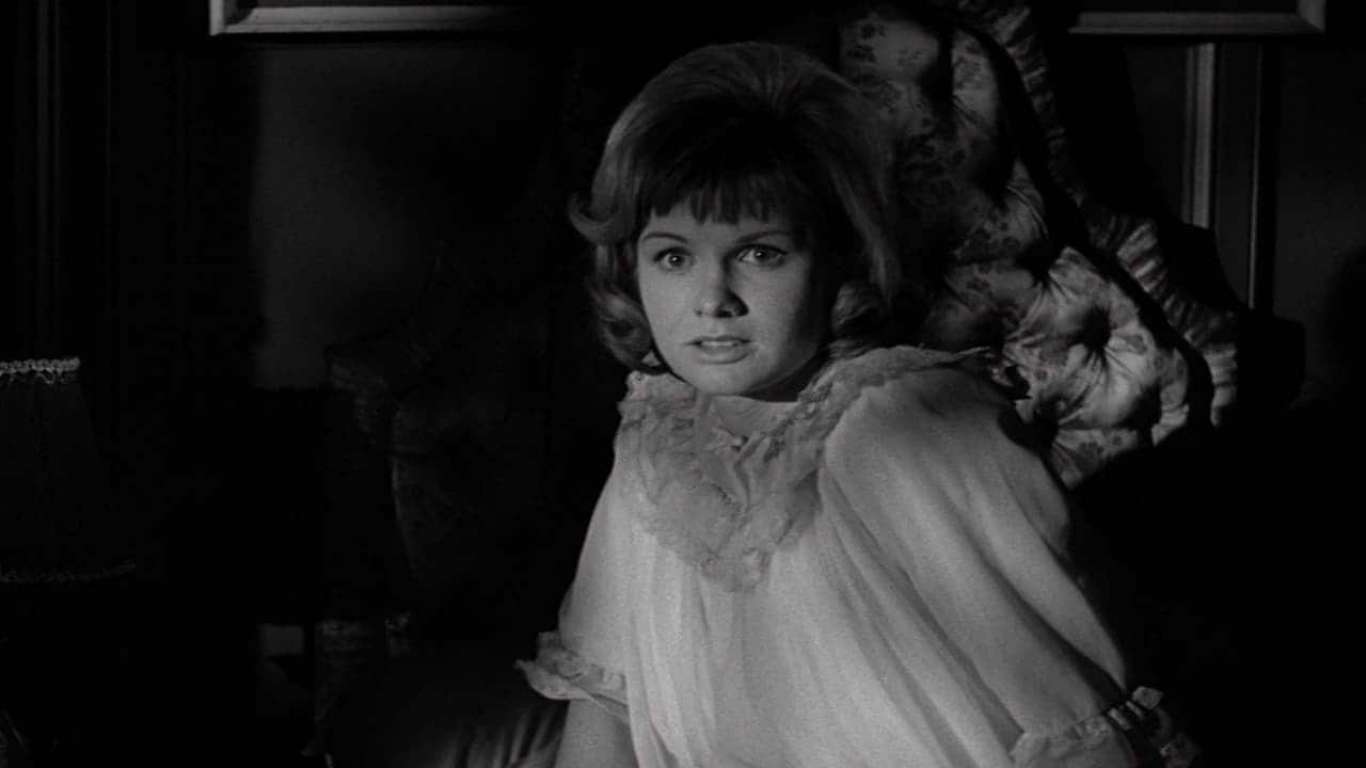 Nightmare is a 1964 work directed by Freddie Francis, written and produced by Hammer cornerstone Jimmy Sangster, starring David Knight, Moira Redmond, and Jennie Linden. Janet, played by Linden, attends a private school. However, her nights are sleepless and disturbed, as she is plagued by horrible dreams of her mother, who is in fact locked in an asylum. Haunted by her mother in her would-be-restful hours, she is ultimately expelled due the persistent nature of her nightmares. It becomes apparent, however, that the cure is not home. Her nightmares keep, and the horror of the film continues to unfold.

A deep and personal subject matter, the film shows the trajectory of Janet as she descends into despair. Paranoia abounds as the film takes on the concept of inherited insanity, and looks into the nature of what we call insanity itself. A circuitous self-fulfilling prophecy creates a self-driven machine in which madness in and of itself begets madness, evoking a chicken-or-the-egg conundrum.

Deep and resonant clarinet float above boisterous brass, and shadows play along characters’ faces as they contemplate the origin of their madness. Focused and sharp cinematography complements intense perspective framing. Nightmare forces the audience to face the elements in everyday life that set the stage for one’s unraveling. 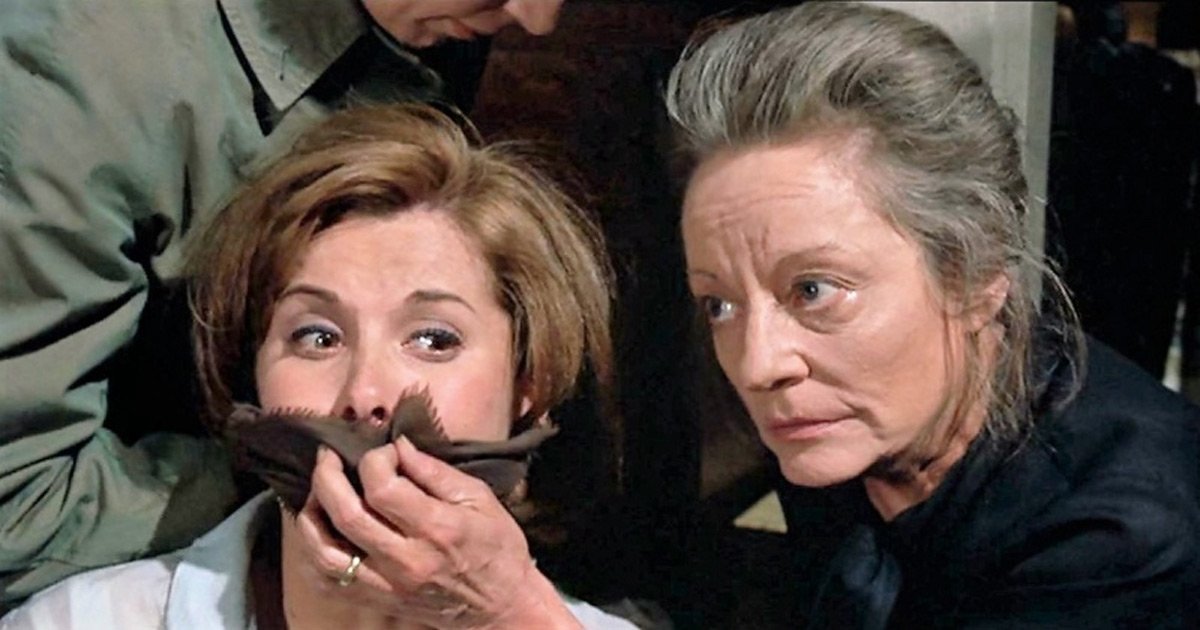 Alternatively titled Die! Die! My Darling, Fanatic, directed by Silvio Narizzano, follows a young woman who is tormented by her fiance’s mother. The mother, Mrs. Trefoil, played by Tallulah Bankhead, blames Patricia, played by Stefanie Powers, for the death of her son, Stephen, who was Patricia’s fiance before dying tragically in a car accident many years prior. Extremely religious, Mrs. Trefoile becomes incensed upon learning details of the sordid history between Stephen and Patricia.

Some have categorized the film into the “psycho-biddy” genre, which includes films that center around elements of horror, thriller, and older women who become unstable to the point of everyone around them suffering. Audiences have praised the performances of both Bankhead and Powers, noting that the former gives a powerful and imposing show while the latter brings depth and quirkiness to the screen. Donald Sutherland makes an appearance as well. Elaborate and decorative set pieces bring a lavish backdrop to the film as well.

A whirlwind of religious zealotry, foreboding, grief, and revenge all swirl together to bring an energetic, ultimately thrilling screen experience. 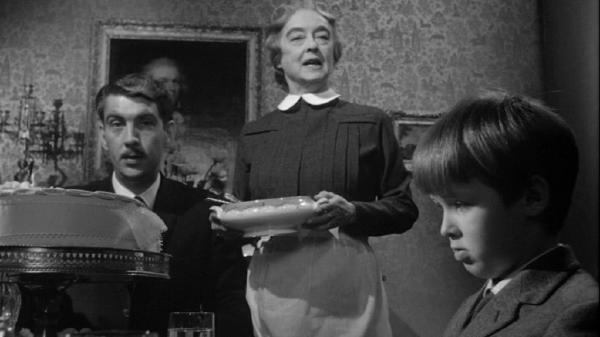 The Nanny is a suspenseful work directed by Seth Holt, starring Bette Davis as a nanny who is set with the task of caring for a 10-year-old boy named Joey, played by William Dix, who had recently done a stint at a home for mentally unstable children. Traumatized by the death of his younger sister, Joey has spent the last two years in a psychiatric ward. His refusal of food and baths, mixed with his demand of a locked room cause his parents, played by Wendy Craig and James Villiers, to be alarmed. However, as events unfold, it becomes increasingly apparent that his distrust and fear of Nanny may not be entirely unfounded.

Another installment in the psycho-biddy subgenre of thrillers, the film develops its characters with depth and care. Well regarded Hammer horror writer, Jimmy Sangster, brings his depth of characterization and manipulation of audience expectation to the screen. Performances by Davis and Dix bring this characterization to life.

Tackling heavy subjects that do not immediately reveal themselves give the film an aura of tension. Subtlety on the part of cinematography as well as writing give nuance to these subjects as well. Visually striking and auditorily stimulating, The Nanny will not disappoint those looking for an engaging thriller with enthralling performances. 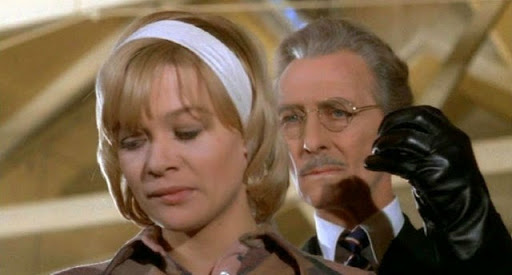 Co-written, directed, and produced by noted Hammer pillar Jimmy Sangster, Fear in the Night, also known as Dynasty of Fear and Honeymoon of Fear, is a psychological thriller that follows Peggy, played by Judy Geeson, as a mentally fragile woman who is bedeviled by a strange figure with a prosthetic arm after moving to a boarding school. Hammer horror regular Peter Cushing plays an enigmatic headmaster, with Joan Collins playing his wife. It is ambiguous as to whether the headmaster means to hurt her, or if there are darker forces at work that intend to do the same, using her own fears as a tool against her. The nature of fear and it’s sometimes fatal consequences entangle together to make a gripping and cerebral thriller.

The allure of the film lies in the meandering camerawork, which savors the unsavory to eerie musical cues. Red herrings abound, bringing about a satisfactory level of suspense and anxiety. The remote private school setting serves as an entrancing backdrop for the characters’ sense of reality to adequately unravel. The performances of the actors are in large part to thank for the orphic proceedings the tormented characters find themselves in.