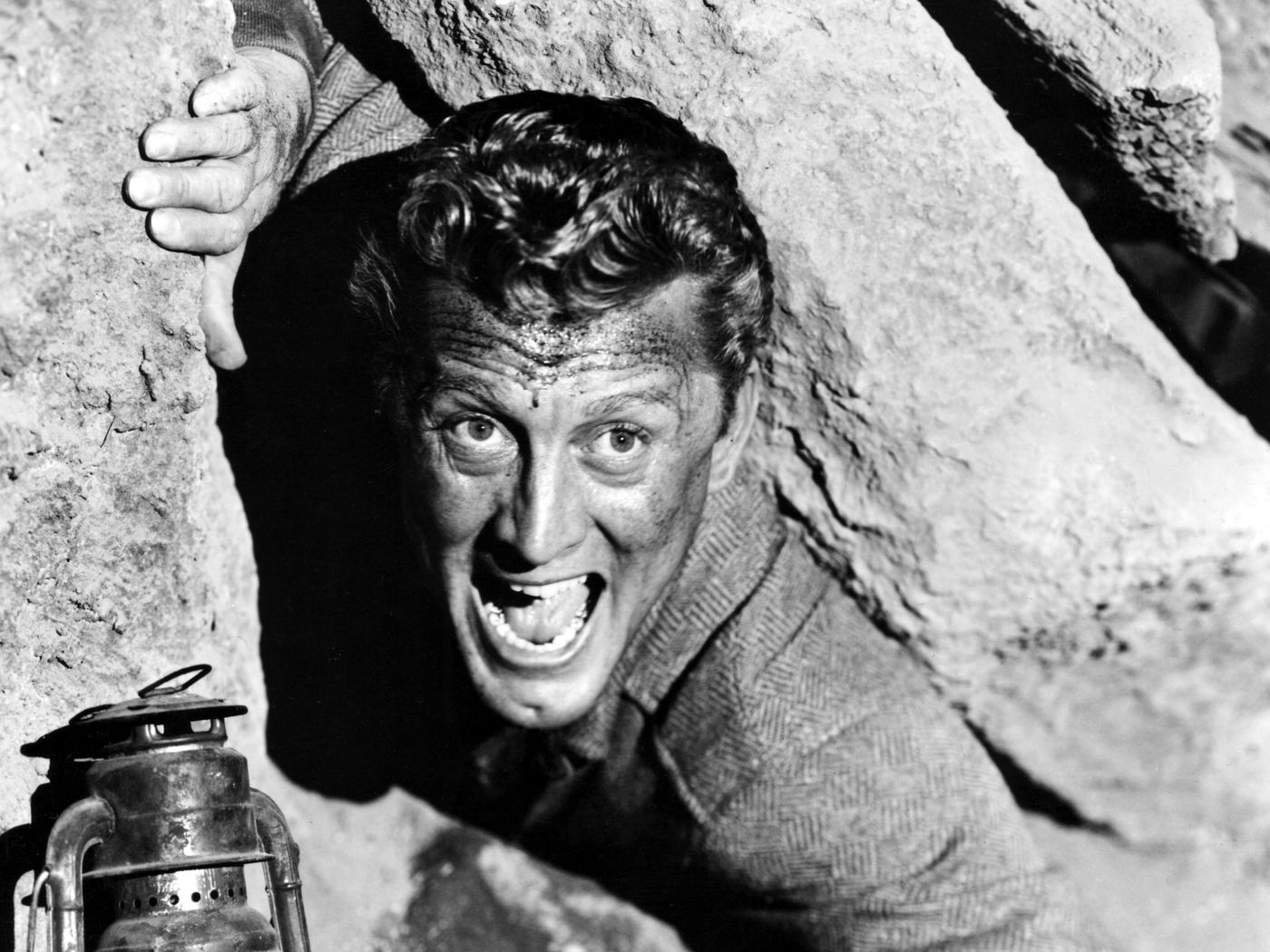 Then there was Nightcrawler before Nightcrawler. Ace in the Hole was one of the original examinations of the issues with vigorous news cycles.  Chuck is remarkably similar to Lou. He wants work he wants to make something of himself but his search for the next big story corrupts him. He makes the news, extenuating a mining disaster until bad karma finally catches up to him.

While his punishment was most likely carrying on the trend of movie criminals having to be punished as to not encourage the audience to commit crime, the ending actually offers a different but valuable lesson than Nightcrawler. The media will trip up on itself. Those who use it for nefarious ways will eventually endure the worst fate of all, having no one left who will listen to them. While less dense and engaging as later iterations respect must be given to Ace in the Hole for having the courage to confront the bad that comes with news and how punishment will always come around to those who deserve it. 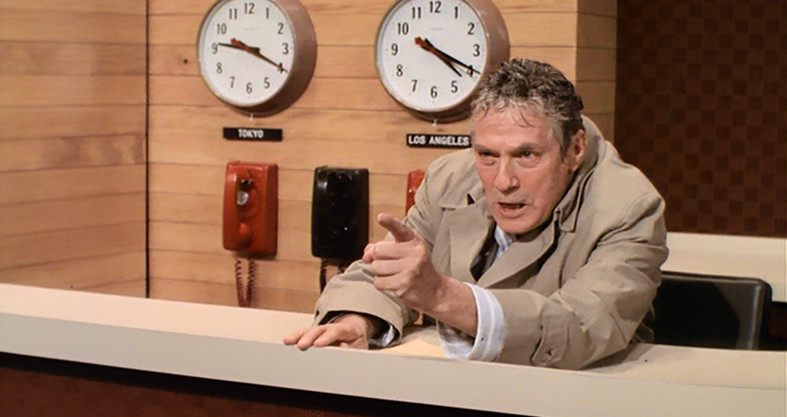 The media movie to put all media movies to shame. Manipulation, false idols, unchecked ambition, corruption, Network seems to be an amalgamation of every single concept and idea ever introduced in a movie about the topic of this list. Its monologues are unforgettable and brilliant takes on how media and greed has taken over the world, the dialogue exchanges beautifully alternate between powerful screaming matches and sly conversations. Its characters are unforgettable each one exposing a different facet of the news world.

The romance is ironic brilliance in that it is not a romance. Dunaway is the shark among sharks using her femininity and coldness to make her way to the top, Holden her pitiful playmate so convinced he is untouchable he totally fails to recognize the damage this will do his wife.  There is no room for romance, for genuine empathy in an industry where the name of the game is control. Lumet’s unflinching look at the idea of control the satiric tone he takes with nearly every exchange with the Liberation Army so real, so scarily authentic you cannot even laugh at its absurdity. Duvall may be the least memorable out of the core four, but he still is yet another strong and unfeeling media mogul attempting to pull the strings with his dwindling power. And Finch, his character an interpretation of the everyman, lost in a Kafkaesque nightmare where he hates the media and what it has done to him yet uses that same media to further his madness to others. 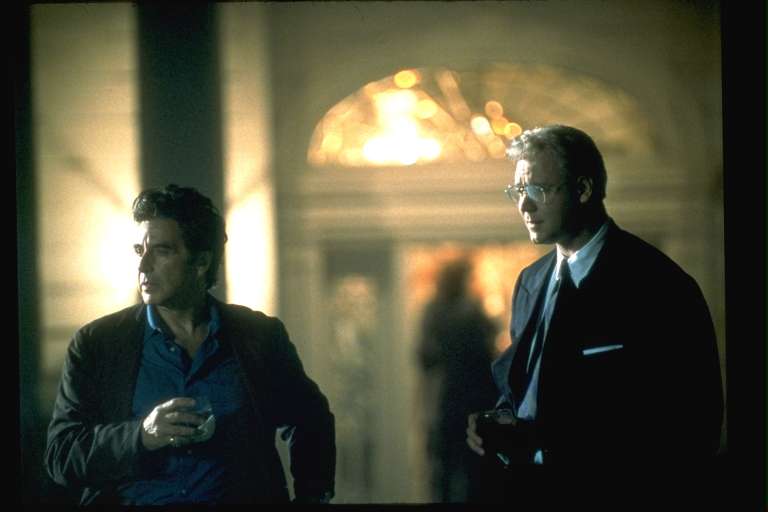 The Insider functions like a great morality play on the media. Lowell Bergman, Jeffrey Wigand, and Mike Wallace are not easy caricatures to pick apart.  They have morals and integrity, but they have allegiances they have jobs, and they do not want to pick a fight they know they cannot win.

Michael Mann certainly handles the muckraking elements well it is a no nonsense look into how awful Big Tobacco was, but it is ultimately Wigand and Bergman who are the most fascinating aspects. Pacino gives one of his greatest performances as the much quieter but strong-willed Bergman and Bergman’s own commitment to Wigand brings up a crucial part of journalism that is not so much studied: trust. Russell’s nervous Wigand already has doubts and worries about Big Tobacco, but he also has to struggle with the looming issue of Bergman possible screwing him at each possible turn.

As both men maintain a balance between looking out for themselves and the truth Wigand’s past keeps on sneaking up on him only straining Bergman’s relationship with him and our own amount of empathy. It is a sharp film that looks at how information effects the mutual trust of subjects and journalists and how both have to reserve some in order to survive. 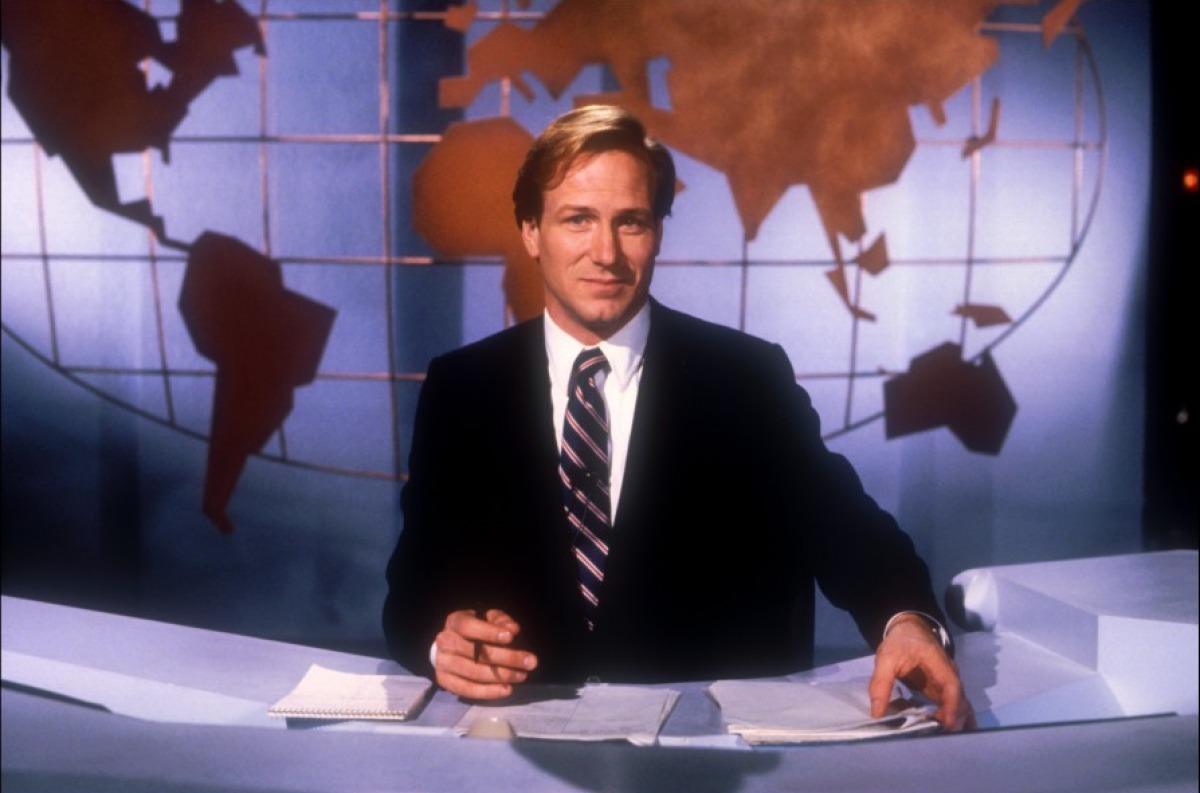 Broadcast News like many other films on this list cleverly skewers news but its identity comes from its romantic tendencies. The love triangle formed by Hunter, Hurt, and Brooks is a naive yet nonetheless endearing look at love in the workplace. They are not quite celebrities but there is an aura to the news team, the way they talk, the way they dress, that makes them have a sense of entitlement brought down by their quest for love. There’s rivals and strong personalities but Hunter also has daily breakdowns, Brooks can be a competitor, but he also does not quite have the resolve to ask Hunter out.

Broadcast News among all the films on the list most likely gives the most honest summation of the media. It does some good it does some bad but what most likely is going to dominate behind the scenes are the same unrequited romances that date back to middle school. It is not so much about greed and money as it is about jealousy and rivalry that is going to form in any workplace. Broadcast News does not take pride in making a grand statement at the state of news because it is content in letting its statements be simple, and it is all the better for it. 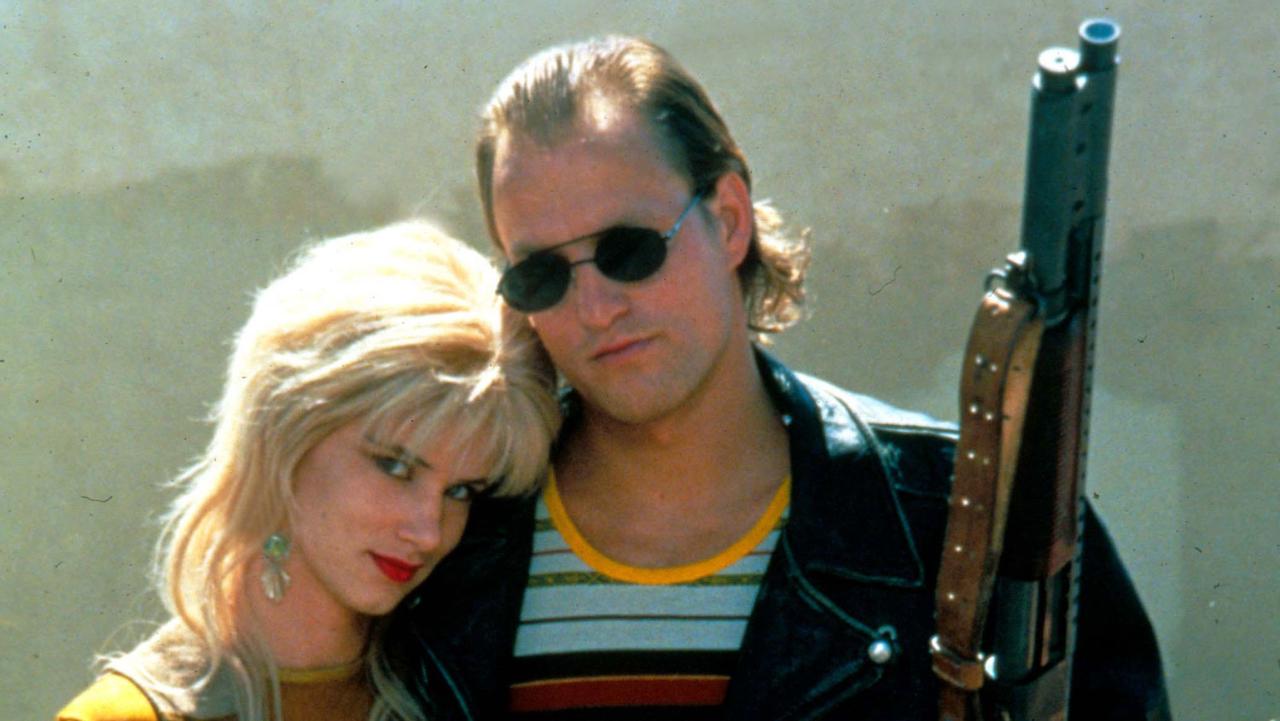 Natural Born Killers came out and immediately announced itself as one of the most controversial movies of all time. Not only is its messaging particularly unforgiving but it also is a visual experiment every step of the way. Its cinematography is radical and, in your face, and the frenetic pacing and editing makes for a dizzying experience. As for what makes it such a great media movie it is truly these elements in combination with Robert Downey Jr. endless pursuit of the criminals. It meshes the uncomfortable narrative of refusing to stop these criminals with a visual style that likewise refuses to be normal. It is a chaotic peer into crime full of pulp that does not let what it has to say totally get in the way of the wild ride Woody Harrelson and Juliette Lewis takes us on, a particular feat for an Oliver Stone movie.

But like other movies on the list, it has a keen eye on what the media focuses on. What they pursue what they choose to show the average American are not stories that prove the goodness of humanity the ones that entice people to be better but ones that show everyone at their worst. Lives get counted up they are not treated with dignity they are just a statistic that can be utilized to manipulate the emotions of others. The film will leave you paralyzed not just in its veracity but its totally unique and unapologetic style.