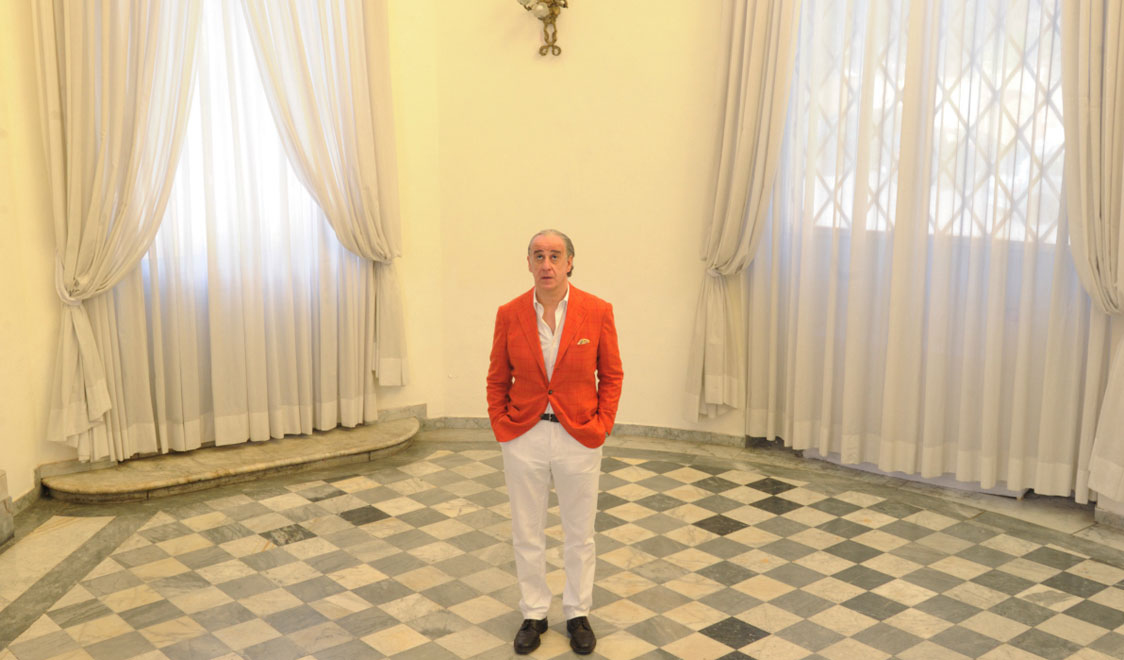 Exploring the high life of Roman society in the modern age through an aging man past his prime might sound a bit somber. However, Paolo Sorrentino’s sort of updated riff on Fellini’s “La Dolce Vita” elevates this position due to the questioning of art, life, and death in exuberant, musical, operatic fashion.

As we dive into the party, Toni Servillo’s Jep turns and looks directly into the camera saddened and empty while his guests dance the night away. It is here that we truly see the first real skin and feeling of a character, not pretending anymore. As the film drifts from the party to women to wandering around, Jep finally decides he can only do what he wants to do in life after his 65th birthday party.

Of course, it’s a glamorous and cinematic portrayal, but underneath the high life, parties, fashion, and riches, it’s nothing but empty decadence and a life wasted as he slowly comes to learn. With numerous one-liners and quotes – particularly, Jep essentially preaching to himself – he realizes the true nature of this man and his eternal search for the great beauty. 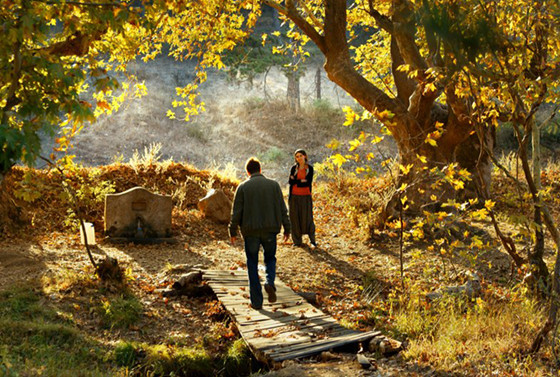 In Nuri Bilge Ceylan’s three-hour-plus film, nothing much happens, but almost everything happens at the same time to our protagonist, Sinan. How does this happen because we essentially follow Sinan’s wandering and conversation from people new and old in his life, and what he will do after graduation. While he struggles with his father’s gambling addiction destroying the family, nothing major occurs.

From conversations with a past possible love interest to friends of faith, to a local author in which he finally discovers Sinan wants to write with his life, the episodes take a toll psychologically and mentally on Sinan in beautiful photography with Bach accompanying those images. But it’s truly about the search for one man’s purpose – whether being art or his family.

When he speaks with a local author that leads to an angry yet comical ending, he asks if a writer can write even if he pushes aside his family and friends. He doesn’t know whether to follow his artistic dream or settle for a domestic life that clearly doesn’t sit well with him.

None of the conversations are light in the film, but when it comes to the final scene between father and son, we get a sense of Sinan’s purpose for being at that place. In this given time in his life we understand and begin to comprehend everything he has been through and what has been stated in the film. Ceylan’s masterful approach of observance, realism, and dramatic tension linger in the mind long afterwards much like Sinan’s thoughts on his art and family life. 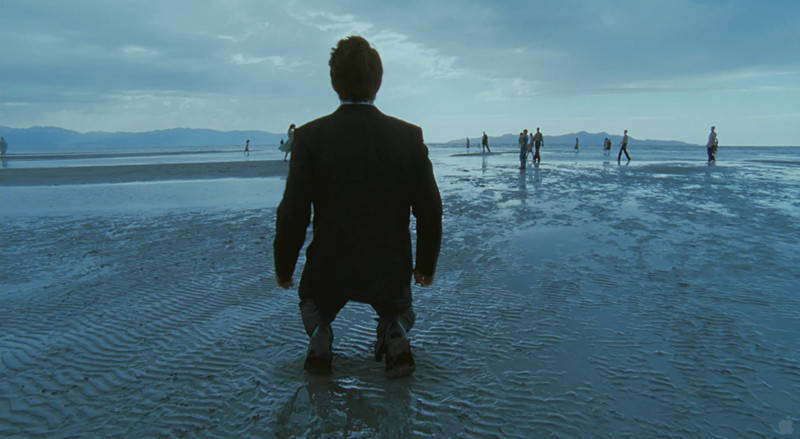 Most likely the magnum opus of Terrence Malick’s career as he explores life, death, and the beyond in this masterpiece. At one point, Jessica Chastain’s Mrs. O’Brien states that life must be lived through nature or grace, stating love or the beyond.

As we are hypnotized from 1950s Oklahoma to dinosaurs to intergalactic space exploration, past and future, we realize the most important aspect is how these characters go about their lives. They are extremely fixated on how to live their lives and when unexpected tragedy occurs, all their values, beliefs, and faiths are thrown into turmoil, allowing an exploration of the past to take place. Where do these characters go from here after a life of faith, interwoven with nature and grace?

Many questions like, what is my purpose to my family? To God? To my brother? Father? Mother? Are explored and never actually answered in this film; much like the characters, they must decide how to handle this tragedy and childhood upbringing. Through Malick’s visual poetic form, we must ask the same questions too. And in response, come up with our own reason and interpretation of the film. Consequently, creating an existentialist film where the characters and audience must explore the same questions until the end of time. 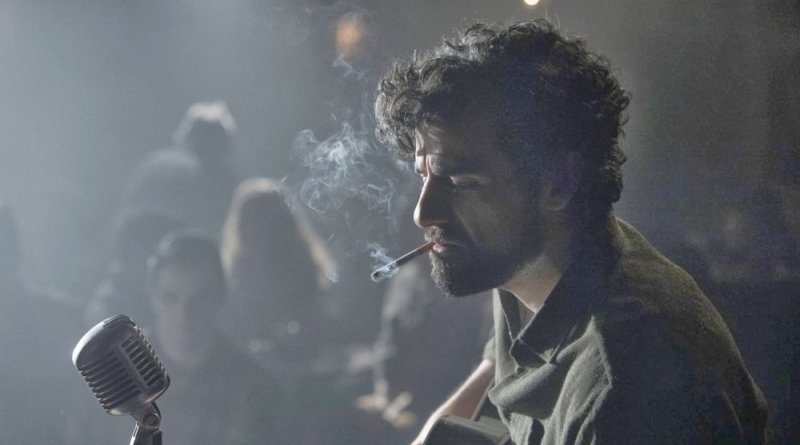 There comes a point in the Coen brothers’ surreal, circular odyssey that we feel we’ve seen this before, and it’s all too familiar to the mesmerizing Oscar Issac as the title character. Despite simply following the life of a folk singer in pre-Bob Dylan Greenwich Village, we see Llewyn’s struggle not for a purpose, but his will to keep going despite the obstacles he faces.

When he visits his sister in Queens, she states that he should give up show business and Llewyn responds with, “What, quit? Just exist?” It can all boil down to show that Llewyn’s purpose in life is to play music and essentially make a living out of it, so if folk music doesn’t exist for him for a wide variety of strange encounters and idiosyncratic circumstances, what will he do? He tries, fails, and ponders over what he can. He already knows his light in life but it simply doesn’t shine back on him.

It’s extraordinarily difficult to find a purpose in life and not have that goal fulfilled, as we see in the film. However, despite a circular narrative when Llewyn is doomed to repeat failures, and even a foreshadowed warning from Carey Mulligan’s angry yet supportive Jean that the same things will keep happening to him, Llewyn simply just has to carry out fulfilling his purpose, even if the odds are against him. 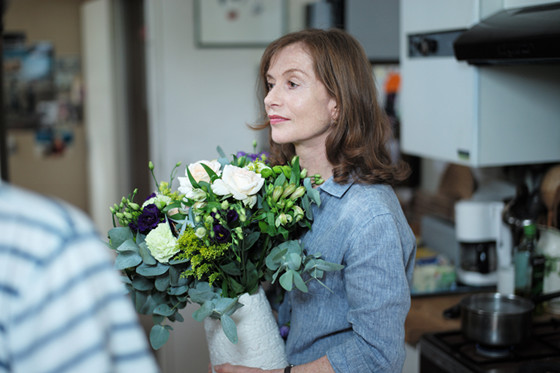 In Mia Hansen Love’s sublime pairing with Isabelle Huppert, we see how a philosophy teacher re-examines her life after her husband leaves her. Through interweaving discussion of philosophy amongst students, caring for her ailing mother, or simply trying to survive day to day encounters, it’s a slice of life about a woman heading into her final act of life.

At one point in the film, Huppert’s Nathalie expresses her satisfaction about being fulfilled intellectually instead of having a plus one. She states it clearly and boldly, but she knows deep down that something must be fixed as well. There are dozens of moments similar to this and we see how Love is fascinated by following this woman whether laughing or crying, figuring out what she should do even if she doesn’t know or understand herself. It’s the simple existentialism we face everyday without even knowing it. It doesn’t have to be over the top or face a tremendous challenge, it can simply be about getting through the day.

Love has never shied away from exploring the life of a woman, but here she doesn’t linger on youth but rather the finding of youth as a woman enters her final act. It shows you should never shy away from the possibility of growth, life, and love.