Taking the unjustness of classism to a whole other level, the Platform is a profound look at the horrors of humanity. The Platform examines the structure and pecking order of a futuristic prison in which inmates are kept in vertical cells. Regarding the rules of the prison, the system is clear: prisoners at the top eat well while those at the bottom are not so lucky.

Providing social commentary on the negativity of a dog-eat-dog mentality is nothing new, and the writers, David Desola and Pedro Rivero, know this. The sad and terrifying tragedy of the platform lies in a simple truth that allows everyone to win. If everyone only ate a small ration, food could make it all the way to the bottom. However, this is never the case. Survival of the fittest reigns supreme and empathy never triumphs over selfishness. There is also a sick rotation that occurs each month. While the main character, Goreng (Ivan Massagué), wakes up on level 48 one month, he ends up on level 133 the next. And if movie-goers wonder how lower levels survive, the film delves into the grim reality that is almost unbearable for viewers to consider.

The Platform may be set in a futuristic civilization, but its reflection of the world can resonate with audiences of today. 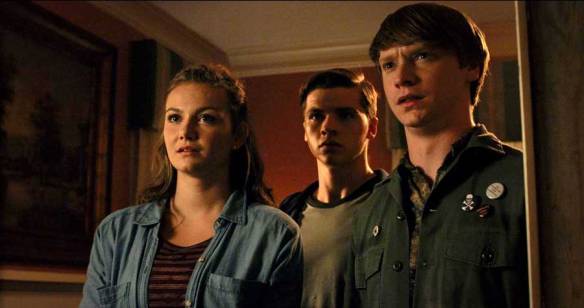 While not the most reinventive or thoughtful movie on this list, Assimilate is an incredibly enjoyable viewing with lively action and a small but mighty cast. In the film, three friends (Joel Courtney, Calum Worthy, and Andi Matichak) are making a web show about their rural town when they discover that their neighbors are being murdered and replaced by bug-like creatures who become identical copies of their victims.

Utilizing the advantages of the internet along with the digital culture of the present, Assimilate is very aware of the world it is inhabiting. Luckily, being aware of this is not a detriment to the film. In fact, Assimilate benefits from this. The movie does not criticize the main characters for merely being millennials and it never feels like a pretentious or soon-to-be-dated product released to the masses. There is even a clever twist by the end of the film that seems so subtle and humble one can easily miss it.

Besides the tone of the movie, Assimilate also employs a capable cast. All the actors prove they can handle horror, science fiction, humor, and drama wrapped up in one movie. Another basic concept the actors achieve is likability. While this seems like a staple for any film, it does not always exist. Many films, especially horror, have presented characters so awful and one dimensional that it becomes nauseating to witness their actions and hear their words. Assimilate does not suffer from bland or insufferable protagonists. Instead, Courtney, Worthy, and Matichak are believable as teens with real-life hardships and big dreams as they fight off an alien takeover.

Assimilate is an enjoyable watch that never wears out its welcome. 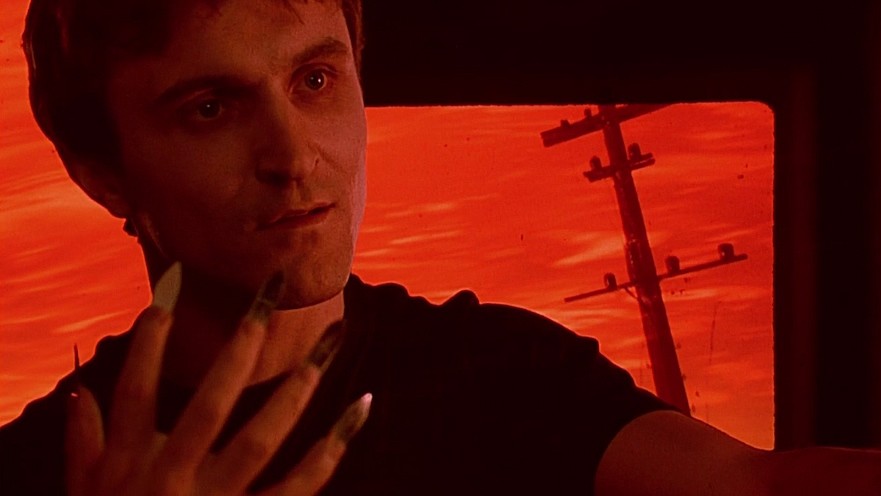 Part sci fi, part horror, part romance, part adventure, and part political thriller, Dreamscape is five movies in one fun creation of imaginative filmmaking. Dreamscape follow the sarcastic and clairvoyant Alex Gardner (Dennis Quaid). He is coerced into joining a government project in which psychics enter others’ dreams. As Gardner starts enhancing his abilities to help those suffering from chronic nightmares, new official, Bob Blair (Christopher Plummer), steers the project in an entirely different direction. Soon, Alex discovers Blair’s intentions for the project involve assassination via dreams. Now, it is up to Alex and a beautiful scientist (Kate Capshaw) to stop Blair’s plans before it is too late.

Dreamscape’s incorporation of numerous genres could clutter the film to the point of confusion and complete disarray. However, Joseph Ruben’s direction stops this from ever happening. Ruben’s creativity exhibited in the film does not interrupt the entertaining and structured storytelling by David Loughery. Because the possibilities are left open and limitless, there are numerous worlds Gardner can uncover. Gardner can help others concur hidden phobias or meet ominous subconscious archetypes of the complex human mind, and he does this all with a wicked sense of humor.

Speaking of Gardner’s snarky appeal, Dennis Quaid is a fantastic choice for the lead role. He makes Gardner a hero audiences want to follow. Viewers are rooting for Gardner every step of the way as Quaid brings a sincere craftiness to the character and credibility to the dream villains he tries to conquer.

Dreamscape is a cohesive blend of genres that keeps viewers entranced until the very end. 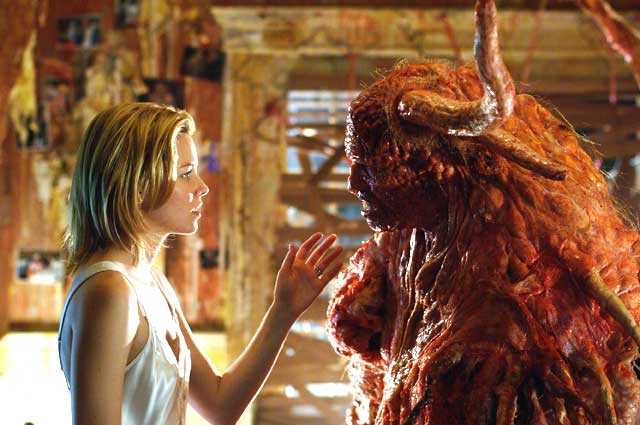 With a love for shoddy sci fi horror that sat on the bottom shelf of every video store, James Gunn returns to this one-of-a-kind genre with obvious appreciation for its out-of-control charm. In the film, the sleepy Southern town of Wheelsy becomes the epicenter of an extraterrestrial invasion when a slimy parasite arrives on Earth and infects the town bully (Michael Rooker).

Restraint is not this movie’s forte. Irreverence and gooey gore are what Slither thrives on. It would have been possible to waste tons of money on weak special effects and over-stylized post-production techniques. Instead, Gunn uses CGI in small doses to highlight the gruesome mutations he has created through practical means. The practical effects, such as the use of fleshy prosthetics, make the monster more physical and life-like. In the end, the horror from what is actually in front of the actors’ faces becomes more visceral and faithful to genre it is trying to duplicate.

Besides the special effects, Gunn also exhibits his ability to handle juxtaposition. Gun understands there is a balance when crafting a horror comedy. With too many harsh scares, the humor is lost. However, too much comedy can totally undermine the horror and make it lackluster. Slither walks this tricky tight rope known as the horror comedy with complete precision. Between the horror of flying appendages and guts, there are legitimate moments of laughter that audiences’ experience.

Slither is a skillful horror parody that knows how to make spectators laugh, gag, and scream all at the same time. 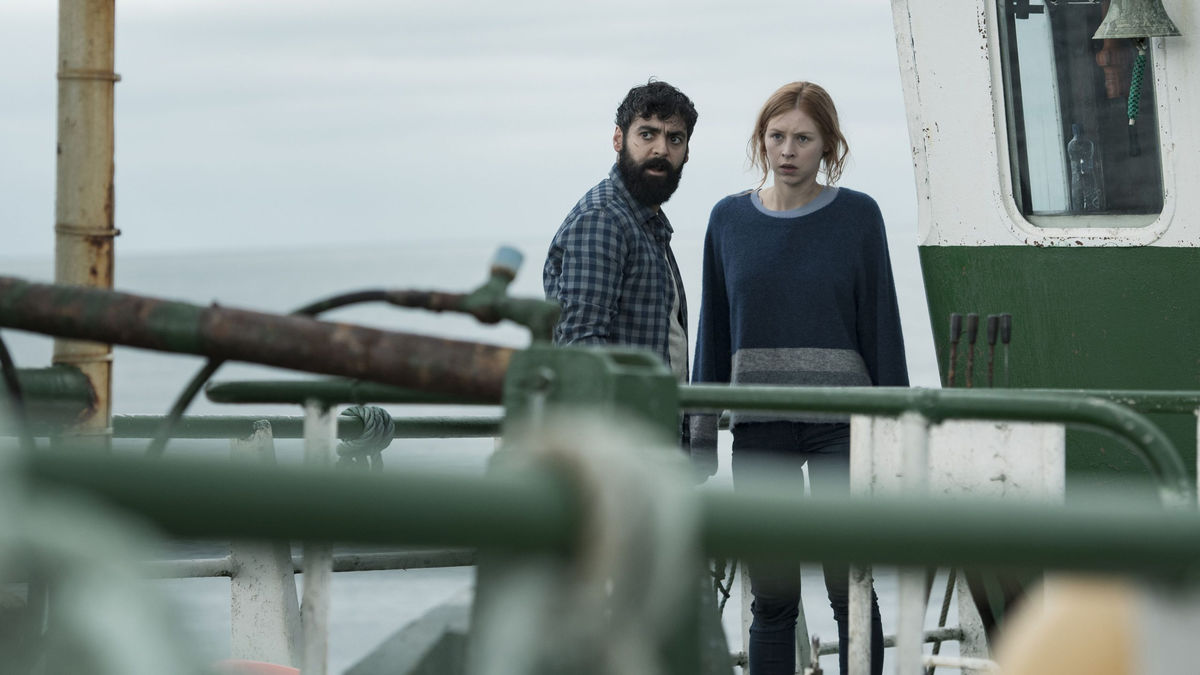 Not a heart-stopping movie in the typical sense, Sea Fever focuses on the quality of its horror rather than the number of frights it can produce. The film follows introverted marine-biology student, Siobhán (Hermione Corfield), as she endures a real-life nightmare on the Atlantic. On a shabby fishing vessel with a close-knit crew (Connie Nielsen, Dougray Scott, Olwen Fouéré, Jack Hickey, Ardalan Esmaili, and Elie Bouakaze) Siobhan finds an unidentified life-form onboard. Eventually, members of the crew succumb to the being’s parasitic nature. It is now up to Siobhán and the crew to work together before no one is left living.

Sea Fever’s finest accomplishment is the dread it musters and sustains with each pacing moment. With a lack of jump scares or any other mainstream horror tropes, Sea Fever knows how to make audiences feel nervous and uncomfortable. It may never put spectators in a state of pure, uncontrollable fear, but that is not what the tale presented is trying to do. Sea Fever is a film that lingers. Each scene builds upon itself and sees well-written characters face an unimaginable creature dwelling in the depths of the already intimidating and wide-open ocean. Their confusion and uncertainty over what the creature might do next is palpable. Again, it may be wrong to describe Sea Fever’s scares as mind-numbing horror, but there is an uneasiness and worry that grows in viewers’ psyches as they watch events unfold.

Sea Fever is not filled with elaborate frights and tricks. More accurately, the film is a well-crafted slow burn with an eerie mood that makes it a must-watch movie.