Masaki Kobayashi is undoubtedly one of the most legendary Japanese filmmakers ever, and despite being acclaimed in the most part by his humanistic World War II trilogy “The Human Condition” and his samurai epic “Harakiri”, it’s Kwaidan that proves to be his most personal and ambitious work. Kwaidan is structured as an anthology of four primarily unrelated folk tales with loosely shared themes. From a greedy samurai who weds for money to a blind musician forced to perform for an audience of ghosts, Kwaidan is an ethereal and haunting experience ingrained in Japanese mythology, displayed in such an artistically unique way that elevates the mood and emotional punch of the whole movie.

Ari Aster didn’t forget to include it in his five-movie list of must-watch horror for the Academy’s web magazine, calling it one of the most remarkable and breathtakingly beautiful horror films ever made. Kobayashi’s heightened reality, surreal visions and transfixing narrative takes cues from other contemporary Japanese hits like Mizoguchi’s Ugetsu and Shindo’s Onibaba, and with these influences, he created his own mesmerizing classic.

The backstory of The Night of the Hunter is as perplexing as the film itself. It became the first and last directorial feature of the great Charles Laughton, a Golden Age Hollywood actor who defied critics and studio complacency with this haunting thriller set in the Deep South. His debut at the helms of production turned out to be one of the most revered and greatest films of its time against all odds, and to this day it still finds its way into the very top of all-time movie lists. The story focuses on a religiously fanatic ex-convict who marries a widow in order to obtain a big stash of money hidden by his late husband. For as unsuspecting as his new wife is, he finds a tougher match in his wife’s two kids, who immediately sort out his real intentions and refuse to tell him the stash’s whereabouts.

As the narrative unfolds, Harry Powell shows his true insidious nature, unrelenting in his greedy quest and fixated on obtaining the money by any means necessary. What makes it even more menacing from a narrative standpoint is how the kids are for the most part the only ones to realize Powell’s corrupted agenda whereas for the most part, all of the grown-ups seem to fall for his deceitful charms.

This is another film that flirts with the supernatural themes and cryptic style that Ari Aster worked around in Hereditary. It is directed by Nicolas Roeg and puts us in the shoes of a mourning couple who have recently lost a daughter and decide to temporarily move to Venice, where the husband is tasked with the restoration of an old church. There, they stumble upon two enigmatic sisters that send them messages from the beyond.

Don’t Look Now uses a hypnotizing cinematography that heightens the dreamlike feel and elliptical timeframe of the story, a visual technique that only ups the uneasiness and menace. Ari Aster is a big admirer and considers it to be Roeg’s greatest work, defining it as a meditation on time and death, and a “warm hug of doom”. The movie employs a similar premise as Aster’s sophomore feature Midsommar which follows a romantic couple who arrive at a foreign land after a traumatic loss, with both films exploiting the character’s unawareness to their surroundings to create an increased state of paranoia. 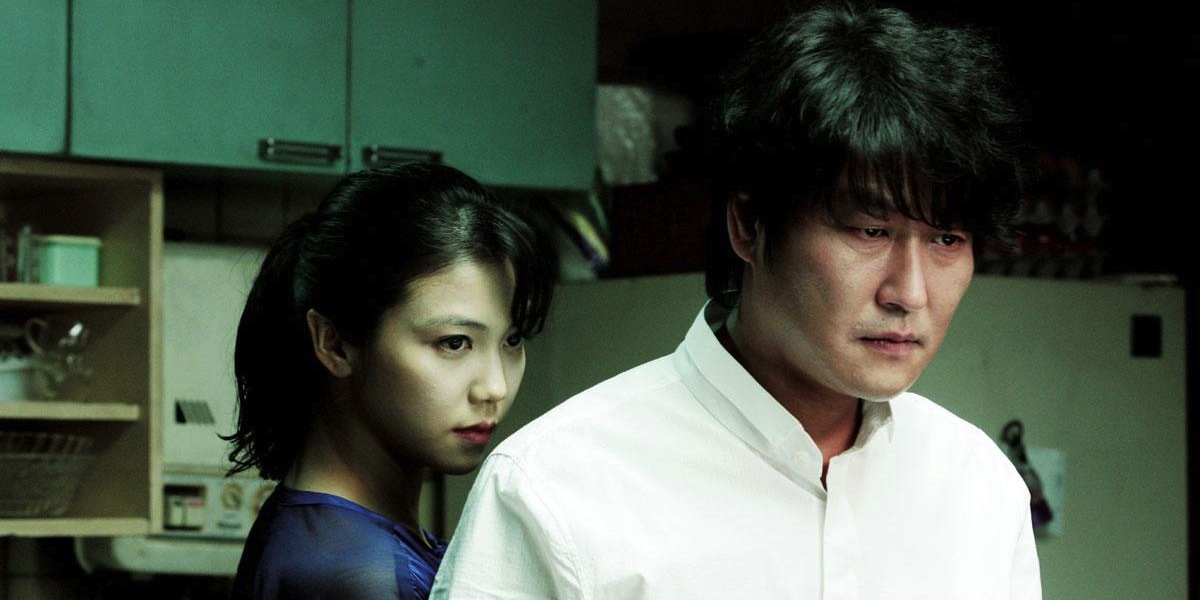 Park Chan-wook is the master of poetic mayhem, with most of his films being twisted tales of vengeance full of stylized violence. The South-Korean auteur rose to stardom by winning the Grand Prix of Cannes in 2003 for Oldboy, the second instalment in his thematic Vengeance Trilogy. His raw, unapologetic flair is also present in Thirst, a modern retelling of the vampire trope. The film follows a priest who volunteers for an experimental procedure that could lead to a cure for a deadly virus, only to see himself become a vampire.

For all the carnal lust and bloody backdrop, the real thrill of this movie comes at the philosophical dilemma that his new condition poses to the faithful priest. As a long-time pacifist who abhors violence, he finds himself in a situation where his own survival requires shameful behaviour and potentially harming others around him. What to do when your faith and principles clash with your new way of life? Thirst shows that redemption is still within bounds even for a sinful vampire and provides a great twist with no shortage of witty humor before wrapping its story up in an unforgettable ending.

This is another Polanski feature, this time focusing on a disturbed young woman who lives along with her sister in a solitary apartment where she experiences surreal nightmares. The woman, portrayed by the glowing Catherine Deneuve in one of her best performances, suffers from androphobia, a condition that provokes a pathological fear of interaction with men. This underlying theme is further expanded throughout her frightful hallucinations and dream sequences, exploring her repressed sexuality and additional insecurities. The line between her fabrications and reality becomes increasingly blurred, as she slowly loses control with her insanity ultimately taking hold of her.

Ari Aster’s profound appreciation of this film stems from how flawlessly shot it is. As he puts it, he always returns to early Polanski movies to get excited about camera blocking, a technique recurrently employed here. He claims that a lot of the shots he uses himself in Hereditary and Midsommar have been inspired by Repulsion’s impeccable framework.