And speaking of gorgeous horror, what’s more beautiful than “Onibaba”?

Kaneto Shinda’s sublime black-and-white phantasmagoria of repressed sexuality has been lavished with praise by del Toro numerous times; the filmmaker seems to take every opportunity he can get to declare his eternal love for this Japanese folk tale. For Criterion, he described the film as being “as exuberant and exquisite as a netsuke carving”; on Twitter, he called it “an essential Japanese horror film with stark B&W cinematography”; in a video listing his favorite ghost movies, the movie places at number two.

All of this hype could seem hyperbolic if the movie itself didn’t support such intense adoration, but “Onibaba” truly is a striking achievement, visually breathtaking, narratively engaging, and thematically audacious, with daring (for the time) portraits of sex and violence. A must see. 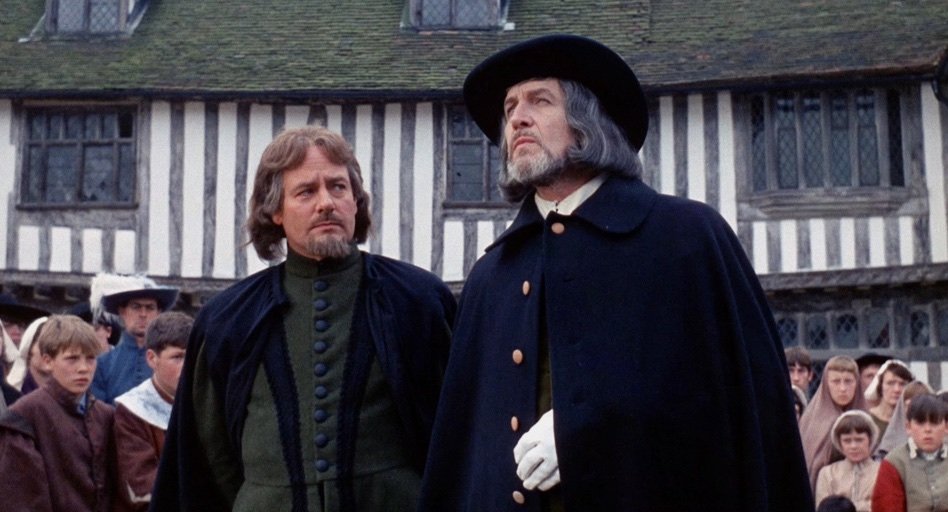 “Witchfinder General” had a very narrow way towards finding its due acclaim. Dismissed at the time of release, the film gradually built up a cult following due to circumstances not entirely to do with the picture itself (like the tragic death of director Michael Reeves when he was only 25 years old), and eventually ascended toward the position of critical respect it holds today.

Most telling, the reasons for why it was derided originally are precisely the same for its acclaim today (even being often named by critics as one of the best horror movies of all time): the film’s unsparing depiction of the horrors of witch-hunting, lingering on images of extreme violence that were unusual for the time, led it to being considered “sadistic” by the establishment. Currently, critics recognise the rigorous intention behind these scenes and appreciate even more the latent religious critique in them.

As del Toro says, “Witchfinder General” is “even now, brutal and fierce. An indictment of the witch hunt craze.” 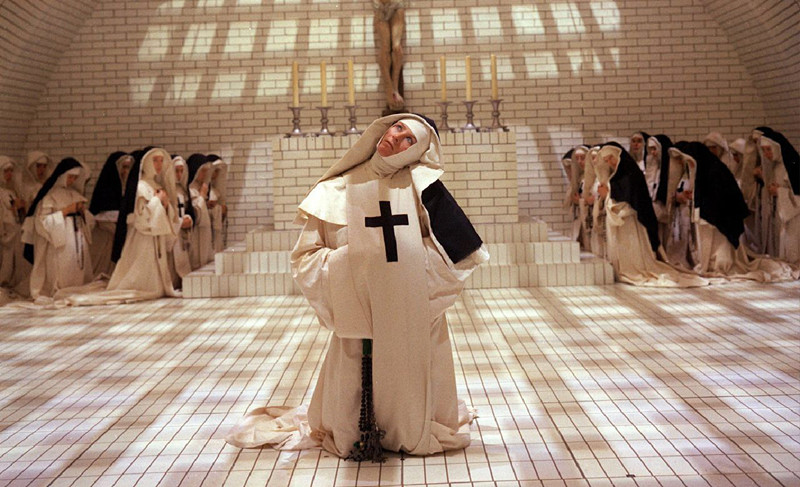 That being said, all the censorship and public condemnation directed at “Witchfinder General” are nothing compared to the level of outrage and vitriol Ken Russell had to face for “The Devils.”

One of the most notoriously controversial movies of all time, Russell’s scathing indictment of the Catholic Church, with its explosive, explicit sexual content (not to mention the gallows violence) was more than audiences and critics alike were prepared to handle in 1971, leading the film to be banned in several countries, heavily censored in others, and just outright despised in the places were neither option was available (the US and UK did manage to slap it with an X rating, as good as a death sentence for a mainstream movie).

Thankfully, the years have been kind to “The Devils” (despite the movie being seldom available in home media in its original version, let alone is good quality; a consequence of the decades of censorship); the queasiness caused by Russell’s justified moral revolt remains as powerful just as his formal mastery continues to dazzle.

Simply a masterpiece, whose brilliance carries on despite the numerous attempts to suppress it. As del Toro says: “For me, this movie, every time I see it, I see it as powerful, as beautiful, as absolutely hysteric and absolutely as wild as the first time I saw it.” Like him, you surely won’t be able to forget it either. 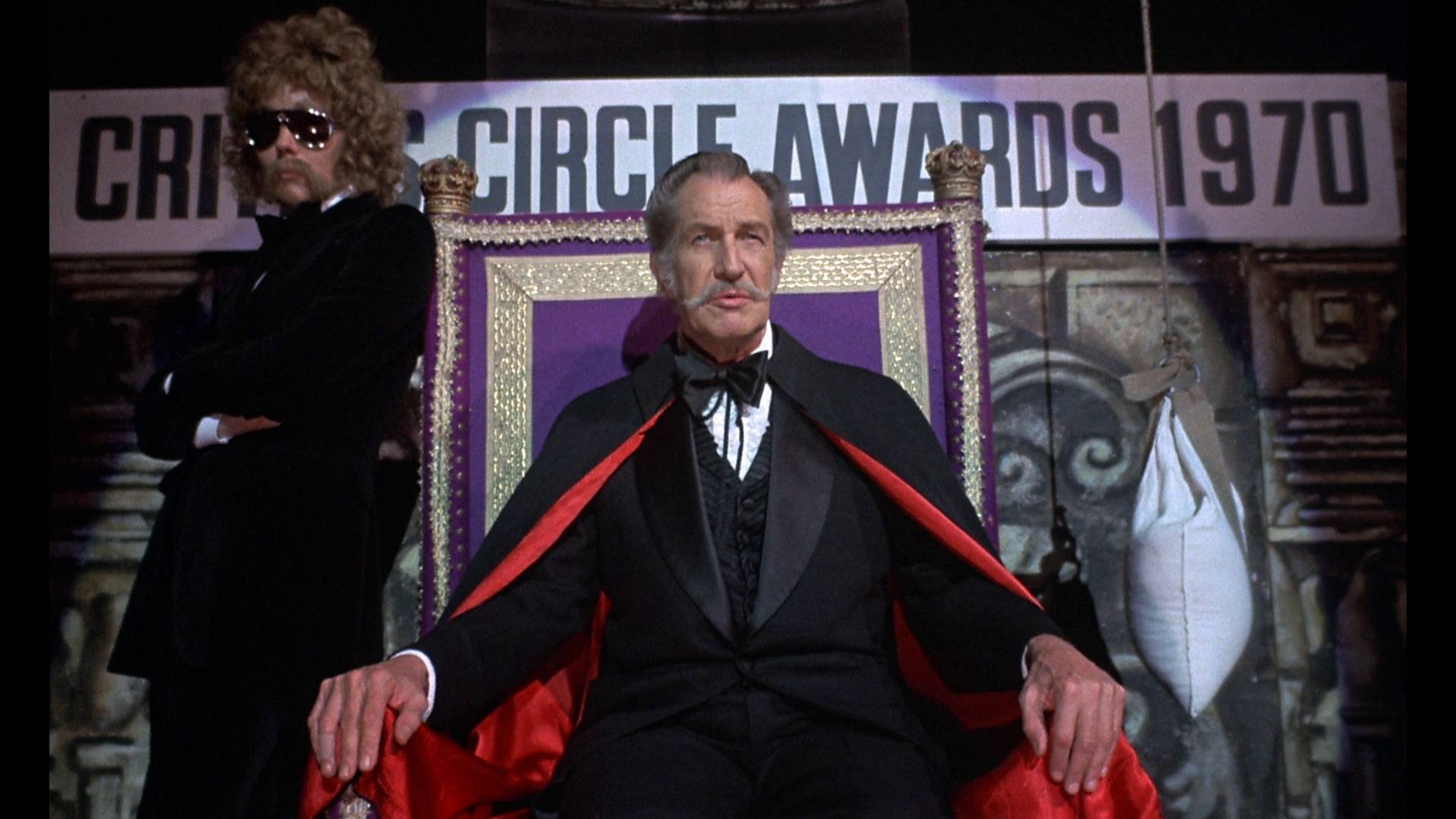 Of course, horror in cinema is not restricted to recreation of very serious real-life atrocities; so much of the fun and pleasure the genre has to offer comes from the lighter offerings.

“Theatre of Blood” is one such case, essentially a winking satire of actors and the theater world that’s as funny as it is spooky. Vincent Price stars in what del Toro calls (tied with “Witchfinder General”) his best performance, as a thespian who goes on a murder spree against his critics, quoting Shakespeare every time after; as the Bard would say, the “deed is done.”

It’s a ridiculous premise, a revenge story predicated not on righting a moral wrong, but on placating the insecurities and inflated ego of an actor. So, basically, it’s a blast, possibly the single most entertaining movie on this list; funny, well-crafted (with a score and production design to die for) and anchored by Price’s deliciously twisted turn. 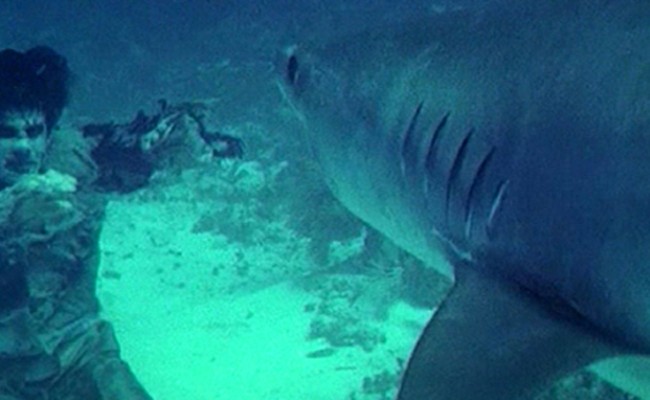 Lucio Fulci is the ultimate cinematic overachiever, the directorial equivalent of the A-student in class who’s eager to transform any task, no matter how inconsequential, into a perfectly crafted work. After all, who else could’ve taken what was initially conceived as an unofficial, backdoor sequel to Romero’s “Dawn of the Dead” and make it such a spectacular film?

“Zombie,” Fulci’s “masterpiece of madness” as del Toro calls it, is a perfect horror film; a trashy tropical nightmare that unfolds with the patience of an art film, carefully building dread before unleashing the bonkers, over-the-top gore that cemented its reputation as an endurance test for the squeamish and weak of stomach.

And it’s a reputation the film lives up to. At the time of release, there was even a barf bag given to every viewer who walked into the theater – a promotional bit, sure, but also an accurate preface of the movie (and, as it turns out, very useful for a lot of the folks watching).

“I believe that no other movie matches it for shock value and sheer madness,” del Toro once said of “Zombie” and, frankly, if the greatest horror connoisseur there is says so, how can anyone disagree?

One thing is for certain: this is the only movie ever made where you can see a zombie fighting a shark. Cinema doesn’t get much better than that.