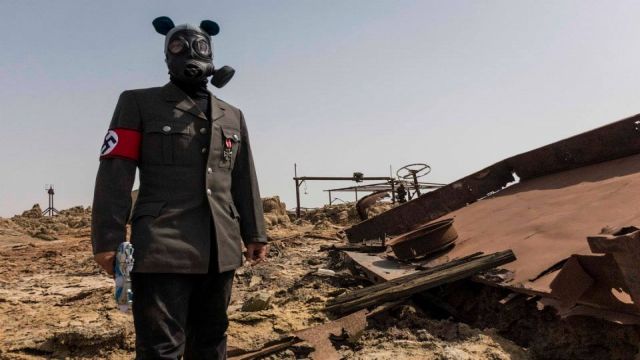 With a straight-face Crumbs tells the surreal story of a diminutive adventurer (Daniel Tadesse) who, along with his beloved Birdy (Selam Tesfaye), lives in a relinquished bowling alley, but must journey to find a tyrannical Santa Claus and ask him to put them aboard a spaceship. Armed only with his wits, a toy sword – still in it’s original packaging – and a vinyl pressing of Michael Jackson’s Dangerous to barter with, and dogged by a dollar store trinket-adoring Nazi, Crumbs is the crazy directorial debut from Ethiopian filmmaker Miguel Llansó.

Oh, and did I mention that Birdy and Candy share a bargain price arabesque shrine to Michael Jordan? His Airness is something of a deity in the Afro-futurism infused world to come, or so it seems. And so are the Teenage Mutant Ninja Turtles, whose action figures command extortionately high prices on the black market.

A post-apocalyptic melodrama, and peculiar pop culture collateral as objet d’art, this is a bedtime story for children of the far future. You’ve never seen a film like Crumbs and you’ll never forget it, either. 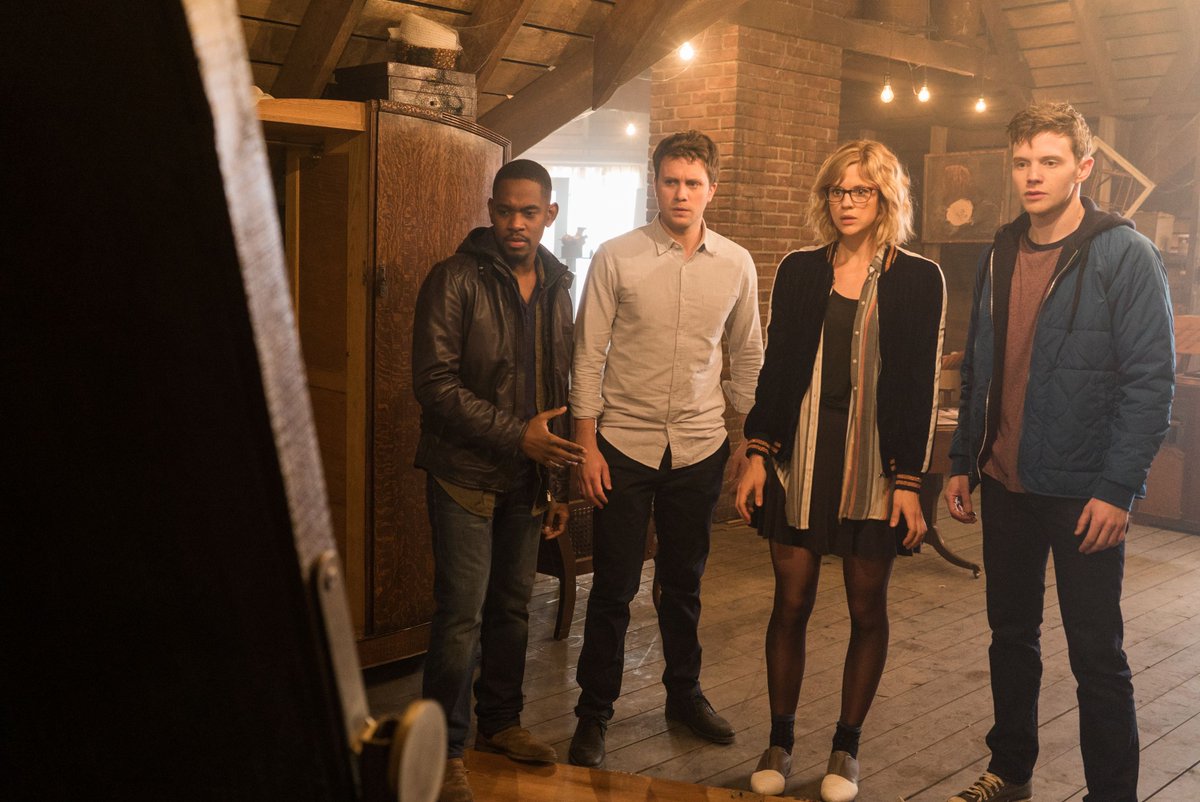 Atypical of Mexican filmmaker Isaac Ezban (The Incident, The Similars), the firmament is streaming with high concept ideas, adverse emotions, and a stiff shot of the supernatural, and Parallel, a highly satisfying genre mashup, is no exception.

With speed and punch to spare, PArallel tells the ill-fated tale of four app developer friends; Devin (Aml Ameen), Josh (Mark O’Brien) Leena (Georgia King), and Noel (Martin Wallström), frustrated by setbacks both financial and personal. The group share an old house with a history to it, and one night they stumble upon a secret stairway that leads to a part of the house nobody knew existed.

Amongst the neglected items in the furtive attic space is a mirror that turns out to be a portal to a seemingly endless array of alternate universes. And so our protagonists are lured into a series of multiverse expeditions, first to overcompensate for a few missed opportunities, and then to acquire continued prosperity and public esteem.

Parallel breathlessly speeds towards its precarious finish as the audience is swept along in the complexities of time, identity, morality and the ethics of technological analysis couched in the form of an ultra-slick and yet shrewdly nuanced weird-science psychodrama.

Written and directed by Natasha Kermani (Shattered), this eerie exploration of dissonance and feminine identity beyond the oppressive male gaze is startling, sensual, and often surreal. The immediate comparison that audiences are likely to draw is Jonathan Glazer’s Under the Skin, and both films share a similar premise and an allied dreamlike visage and a complexity of ideas and intrigue.

Lauren Ashley Carter is our eponymous heroine, and she has materialized in the south western desert and, adorned in just a thin negligee, she soon lucks out, finding friendship and affection when she stumbles into Saghi (Neimah Djourabchi) and his sister Khahar (Sanam Erfani), themselves Iranian immigrants. It’s not long before our Imitation Girl feels more and more at home in her strange new body and learns she has a twin, with whom she may be joined in more ways than just an uncanny visual similarity.

The Vast of Night is the astonishing directorial debut of Andrew Patterson, who illustrates again and again what a confident, resourceful, and exciting storyteller he is. Presented as an uncanny and unsettling episode of “Paradox Theater” – a fictional anthology show in the vein of the Outer Limits and the Twilight Zone – The Vast of Night is set in 1950s New Mexico, in the town of Cayuga. Teenybopper Fay (Sierra McCormick) is a switchboard operator overjoyed with her new tape recorder and easily distracted, cracking wise and chattering endlessly with fellow teen and radio DJ, Everett (Jake Horowitz).

The pair share some suspicions about science and the future and at first it feels like they might embark on a Nancy Drew-like mystery before it becomes more apparent that the pair are more aligned with the likes of Special Agents Mulder and Scully when they intercept a signal that has extraterrestrial origins.

Patterson’s knack for building intrigue and mounting suspense as we edge closer to revelation is part of what makes the Vast of Night such an audacious and ominous tale. The tease of anticipation is almost more thrilling than the great unveiling.

A brilliant and brutal body-horror head trip from Brandon Cronenberg (Antiviral), who’s definitely a chip off the old block (it hardly needs repeating but for the few who don’t know, his dad is the Baron of Blood himself, David Cronenberg). Possessor takes place in a world that’s very familiar but also icy, alienating, and utterly on edge.

Futuristic technologies meld with a worn, vintage esthetic as contract killer Tasya Vos (Andrea Riseborough), a corporate agent working under Girder (Jennifer Jason Leigh), uses state-of-the-art brain-implant tech to assassinate her targets. A murderer for hire, Vos inhabits her subject’s bodies, against their will, committing the murders through them, before forcing said subjects to end their own lives in a perfect crime scenario.

From Possessor’s opening frames through to the bloody finish, Cronenberg is fully in control and unafraid of shocking his audience as his dark and deadly tale builds with the momentum of a freight train late at night. Utilizing stylish yet often austere cinematography from Karim Hussain (who also lensed Cronenberg’s previous works), as well as gifted production designer Rupert Lazarus along with a bevvy of suitably brutal practical effects, Possessor is an uneasy but nonetheless awesome experience. To borrow from one of his father’s previous successes: “Be afraid. Be very afraid.”