Hopefully, alongside “Knives Out,” you also caught “Ready or Not” this year. Not exactly a murder mystery, but the movie has a somewhat similar tone with “Knives Out” and both films are about the wealthy peoples’ obsession with money, and you may find other parallels of course. The major difference is, of course, while also not without its humour, “Ready Or Not” is a violent horror. Just like “Knives Out,” here the central character is also an outsider female who finds herself in a greedy world. Our lead character Grace is a newlywed who becomes hunted by her spouse’s family as part of their wedding night ritual.

Considering it comes from the directors who are not exactly known for their crowd-pleasing films, “Ready or Not” was a surprise box office hit and got the right amount of praise from critics for its wickedly entertaining tone, subtext, acting, and other successful elements. It may alienate some who don’t like such campy tone the film goes for, but at the same time, that’s what makes it work for those who loved the film; and of course, it’s also very hilarious. Most successful horror films get unnecessary sequels, but here the mythology is so interesting that certainly many fans wouldn’t mind a sequel or a prequel. 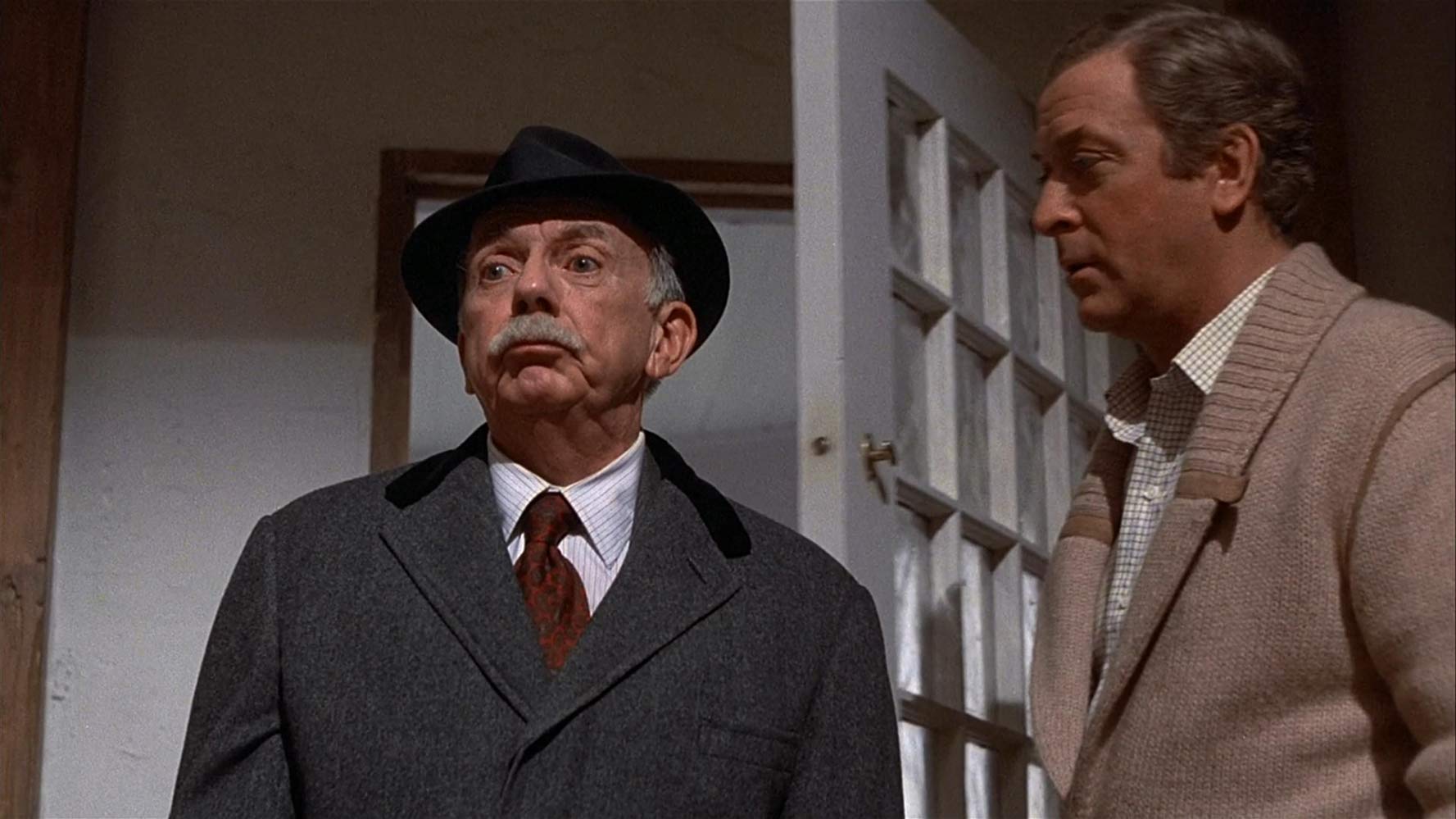 First of all, you all should see “Sleuth” (1972) with Michael Caine and if you did and liked that one, give this one a watch as well as it has some kind of similar structure. The film is based on the 1978 play of the same name by Ira Levin, whose works have led to great film adaptations like “The Stepford Wives” and “Rosemary’s Baby.” A slightly lesser-known work compared to other Sidney Lumet movies, “Deathtrap” is a fun movie with twists and turns.

A failing-to-succeed former Broadway star author, Sidney Bruhl (Michael Caine) is to judge a former student (Christopher Reeve) on his writing seminars on his first attempt on his own stage play. Bruhl is so impressed with the work “The Murder Game” that he plans to assassinate the young author with his wife, as he plans to release the play under his name. A murderous game begins. The movie is engaging, sometimes funny, surprising, and features dynamite performances all around.

Woody Allen’s homage to the classic whodunits and Hitchcock films actually started as an early draft for “Annie Hall.” The film follows the Lipton couple: Larry (Woody Allen) and his wife Carol (Diane Keaton) meeting meet their older neighbors Paul (Jerry Adler) and Lillian (Lynn Cohen), but when Lillian suddenly dies, they start to suspect that the murder was carried out by Paul. They get increasingly paranoid and the movie leads to surprising twists and a lot of hilarious moments.

A classic Woody Allen soundtrack, witty performances from the whole cast, and lovely New York locations are some of the elements that what makes “Manhattan Murder Mystery” a worthy watching experience. As he often does, here we get lovely homages and references to some of his favorite movies, and while Allen treated the idea of murder more seriously and philosophically in films like “Crimes and Misdemeanors” and “Cassandra’s Dream,” here he mostly deals with the Hollywood thriller’s treatment of murder and detective story, and the result is a charming, lovely film. It may have been as “minor Allen” by some, but one can argue it was one of his best ‘90s offerings. 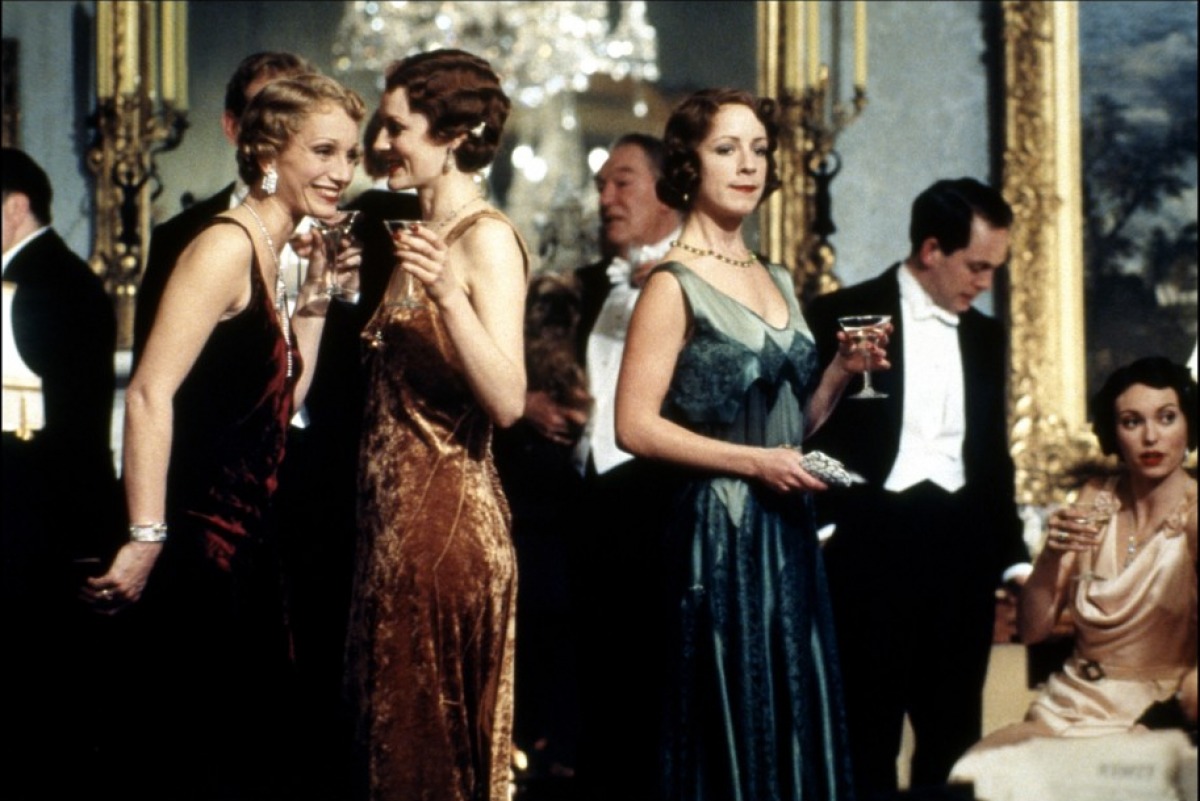 Such murder mystery whudunits with many characters had always offered a great chance to bring talented stars together and give them meaty material to work with. Which is what Robert Altman did in “Gosford Park,” bringing in talents like Helen Mirren, Maggie Smith, Kristin Scott Thomas, Richard E. Grant, Michael Gambon, Clive Owen, Emily Watson, and many more together. The story structure is similar to usual films of its kind: there’s a party, a lot of people come together, then a murder happens and everyone is a suspect. But what Altman has achieved here is that he built up a very complex story – more complex than most of the genre offerings, at least – and with elements reminding of “Upstairs, Downstairs” and a lot of humor, the movie ended up playing a social commentary.

One of the more successful elements of the film was that Altman focused on character development equally with the storyline, and just like “Knives Out,” “Gosford Park” also plays out like a class study. It’s not just the great story, its themes, and the great cast – “Gosford Park” is a strong achievement on so many levels. The production design is outstanding as is the camera work. No wonder it was hailed by movie critics as one of Altman’s best late-career works and one of the best films of its genre in the 21st century. 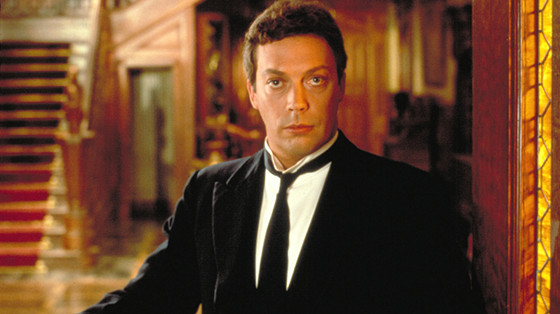 The number one had to be “Clue,” of course. What else? In fact, Johnson kind of name checks “Clue” in the film and admits the influence on “Knives Out.” However “Clue,” like another classic “Murder by Death,” is more comedic than that. Based on the board game of the same name by Parker Brothers, the movie starts out like your typical Agatha Christie adaptation. Six guests are invited to a Victorian mansion for a dinner party and they all have their pseudonyms. But then the host gets murdered. What follows is an exciting and intriguing series of events. Like the pseudonyms, it soon becomes clear that everyone is hiding something, everyone is suspect.

In keeping with the nature of the game, the theatrical release included three possible endings, with them sending different endings for different cinemas. All three endings appeared in the home video release. With its colourful and eccentric characters, memorable one-liners, and quotable dialogue, along with a lot of funny sequences are what make the “Clue” the cult classic it is right now.

Sure, it may have some plot holes, but it has such an impressive energy and a cheeky sense of fun that you overlook any possible flaw. It’s a self-aware movie, overall. The cast is particularly great, especially Tim Curry, and is delicious to watch. It’s now surprising to know that the movie was a box office flop and that critics kind of strongly disliked it. However, nowadays it has a bigger fan base, and if you followed the “Knives Out” trailer, the fans of this film were particularly excited. The “Clue” remake had long been in development.