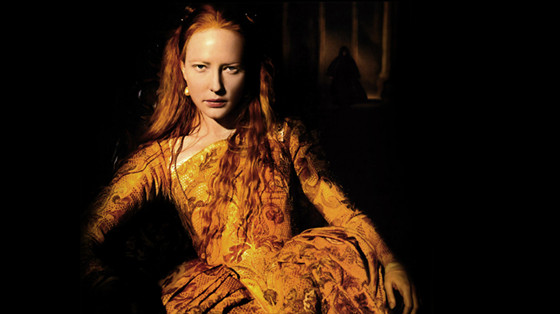 Another year that gave us one of the most infamously bad winners in Oscar history. “Shakespeare in Love” is not a bad film by any means but is very clearly not the best of 1998. This is the year that will probably forever be remembered for “Saving Private Ryan” not winning the grand prize, personally speaking even though that is a good film the big winner should’ve been the other WWII film “The Thin Red Line” which objectively was the best film of the year.

The Academy went a long while without giving us a bad lineup, once New Hollywood set in more in the late 60’s going into the 70’s we would see a lot more greats nominated as the film industry enjoyed its last true golden age. Going into the 80’s and 90’s quality would slow down for sure but the Academy was nominating what most would consider the best of their years.

1998 rolled around and audiences would get a dose of greats but were let down with the missed potential this year should’ve had. Instead we got “Elizabeth”, I dare you to tell me anything about that movie, and “Life is Beautiful” which as good as it was wasn’t even a 1998 release and should’ve been a 1997 nominee instead.

As for the potential I speak of, I don’t even know where to begin. The big snub most people remember is “The Truman Show” which was a really good one, earning Jim Carrey a rightful win at the Golden Globes. Brilliantly imaginative science fiction works like “Dark City” that challenge perceptions and blend sci-fi with film noir. The bizarrely hilarious yet uncomfortably dramatic film “Happiness” that reaches down inside all of our most disturbing desires and feelings and forces us to confront them.

Progressive works from the fantasy dreams of “Pleasantville” to the racism and the affect it has on loved ones in “American History X”. Sam Raimi gave us his greatest achievement with “A Simple Plan”, a brilliant work that shows how greed poisons humanity. Darren Aronofsky likewise made his debut feature “Pi” that brings a new mythology to the outlook of human kind.

Wes Anderson got his ball rolling more with the excellent “Rushmore” that brilliantly satirizes the coming of age genre of storytelling. Steven Soderbergh continued his independent success with “Out of Sight” while “Gods and Monsters” furthered progress in LGBT cinema.

We also had some really good family entertainment from George Miller’s “Babe: Pig in the City” that has some of the greatest animal work you’ll ever see to “The Prince of Egypt” which continues to be the best Dreamworks animation has made. And yet with all of this we got the lineup we did and the results speak for themselves as this is regarded as one of the worst in Academy history.

So this pick is going to be a little weird because I’m going to praise it and bash it at the same time. 1999 is widely regarded as one of the greatest years in cinema history, the amount of greats that came out this year is outstanding. So all things considered this was a lineup destined to be widely debated, if only we could’ve had 10 nominations back then. But as is the Academy went with the five you see listed and they’re not bad by any means but I really wish they hadn’t of played it so safe this year.

When you look at the lineup it was obvious that “American Beauty” was going to be the winner, the talk this film had at the time was all over the place and was surely the best of the nominees. “The Green Mile”, “The Insider”, and “The Sixth Sense” are also good films that have stood the test of time considerably well. A fine praise to give given the Academy’s tendency to choose what’s relevant in the moment as opposed to what resonates for all time. And then there’s “The Cider House Rules” and it was certainly there…

But oh what could’ve been. When I said “if only we could’ve had 10 nominees back then” that wasn’t hyperbole. Paul Thomas Anderson gave us a mosaic of human emotions and experiences with “Magnolia”, Spike Jonze and Charlie Kaufman went in bold directions with the wildly imaginative “Being John Malkovich”, Stanley Kubrick gave us one final masterpiece with “Eyes Wide Shut”, Martin Scorsese likewise gave us another great in “Bringing Out the Dead”, David O. Russell made his feature debut with the severely underrated “Three Kings”, we had terribly powerful stories with “The War Zone” and “Boys Don’t Cry”, David Lynch made a film so outside his norm that proved to be astonishingly beautiful with “The Straight Story”, great animated works with “Toy Story 2” and “The Iron Giant”, and may we not forget the cult classic “Fight Club”.

And I’m sure people will make arguments for “The Matrix” but personally speaking I’ve never been a fan of that one. Sadly big decisions have to be made and sacrifices will happen, besides a film doesn’t need the Academy’s seal of approval to stand as great. But as I’ve said many times before they certainly could’ve been broader with their selections.

2004 is regarded as being a slow year for movies and if you went by this lineup then that would certainly give the impression. The clear cut winner was Clint Eastwood’s “Million Dollar Baby” which was certainly one of the best of the year, maybe not the best but definitely the best of the nominees. Eastwood channeled the emotional gut punch of the year and gave a rich story that touches on the themes of family in regards to the family we have and choose for ourselves. “Sideways” and “Ray” were two good ones as well, though not among the 5 best of the year like the academy said.

“The Aviator” is a decent movie but was nothing to take major note of, Scorsese of course is a great director but this wasn’t a shining example of his work. “Finding Neverland” is the most Oscar-bait movie of the nominees, a cloying and meandering piece of work that’s a feel good but nothing much else.

2004 is generally regarded as a slow year for movies, and in some ways yes. But there was still better out there. Charlie Kaufman collaborated with director Michel Gondry to give us the greatest love story of the modern generation in “Eternal Sunshine of the Spotless Mind” which burrowed deep into our emotions and memories to illustrate the importance of pain we go through.

A wonderful independent film called “Mysterious Skin” was released that never shied away from its subversive material and leaves one with a harrowing experience. Another unsung independent classic “The Saddest Music in the World” that resurrects an older world of time and music. Tarantino made a great continuation of “Kill Bill” with vol. 2 that adds all the context and emotion to his bloody story of revenge.

Great foreign films like “Nobody Knows” which is another success in Hirokazu Koreeda’s long line of deep human stories, and “Downfall” which is probably the greatest film revolving around Adolf Hitler there’s ever been. Michael Moore famously campaigned for “Fahrenheit 9/11” to be nominated in the best Picture race instead of the documentary category, which it certainly could’ve been.

Not to mention heartbreaking dramas like “Hotel Rwanda” in which good stands tall in the face of evil as millions are executed. Or even the wildly fun rides of fictional heroes in “The Incredibles” and “Spider-Man 2”. 2004 wasn’t nearly as slow as many suggest and the number of greats not nominated showcase this.

You want to talk about a year where the academy was boring as hell, here you go. This year in particular is remembered for the fact that “The Dark Knight” didn’t get a nomination for Best Picture, in the years since the Academy would change its rules to allow up to 10 nominees as opposed to only 5. So I suppose some good came out of this because now more movies can have a spotlight shined on them. But we still had to sit through this slog-fest of a competition to get there.

The eventual winner was of course “Slumdog Millionaire” and out of the nominees was easily the best to choose from, Danny Boyle’s fingerprints are all over that film and he directs it with a vibrant energy that goes down and dirty but all the while tells a compelling story of fate, the cycle repeating itself, and God’s ultimate plan and delivers a feel good for the year. The others aren’t much to take note of, “Milk” is probably the second best out of their list and rightfully won Best Actor for Sean Penn. The others are about as Oscar-Typecast as you can get.

But as good as “Slumdog Millionaire” and “Milk” are it’s unquestionable they’ve failed to hold up in the same relevance as “The Dark Knight”, this is coming from someone who admits whole heartedly to not be a comic book fan in the slightest but if there was ever a time to nominate one of those this should’ve been it.

But there’s much more to take note of in 2008: there was Charlie Kaufman’s “Synecdoche, New York” which has been proclaimed by many as the greatest film of the 21st century, “Let the Right One In” which is one of the very few horror films that earns the compliment of being beautiful, the epic Steven Soderbergh film “Che” that documents the long history of Che Guevara and his revolution, great independent sleepers like “Shotgun Stories” and “The Wrestler”, deeply challenging dramas like “Doubt”, and wonderful documentaries like “Dear Zachery”, “Man on a Wire”, and “My Winnipeg”.

When you look at the potential that came from 2008 it’s a real disappointment they went with the lineup they did. In the end this ceremony was so dull that it sparked a change in the Academy’s rules going forward that still continue to this day.

I won’t go into too much detail with this one since I’ve already expressed great films that should’ve been nominated in another article I wrote. What I will say is that this year the Academy is banking more on popularity than quality, and when you see the writing on the wall it’s not hard to figure out why. Ratings have been down so the way to hopefully fix this is by throwing the common everyday people a bone by nominating bigger money makers.

There were talks about making the ‘Popular Award’ but it doesn’t look like that will come into fruition any time soon so this is what they’re doing for now. And business wise it makes sense, but I’m speaking from the stand point of quality and I, like many I’m sure, will say there was better out there.

Granted all of these films are brand new so it’s hard to tell if any of them will be able to stand the test of time, we can only go on with life and see if they will. But speaking solely from the perspective of the here and now it’s safe to bet that many of them will fall short of relevance like so many of the other nominees of years past.