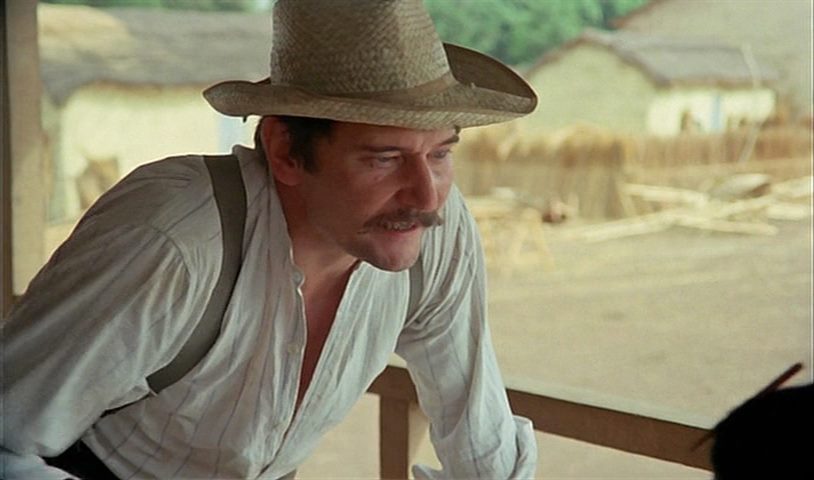 This particular year’s contest illustrates 1. not to count unhatched eggs and 2. how time can change opinions. As the Academy Awards for 1976 approached those who were foreign film fans were intrigued as to which way the Academy would go in the category. There were two nominees in the running which had achieved surprisingly broad popularity in the US.

One was France’s entry, Cousin, Cousine, from director Jean-Charles Tacchella, a light but warm-hearted tale of a man and woman, related only by marriage on both their parts, who drift into a romantic relationship (it was later unmemorably remade as the Hollywood film Cousins).

The other film, and the more serious contender was Seven Beauties, Italy’s entry and the first  in the category to be directed by a woman, Lina Wertmuller. In fact, Wertmuller was also nominated as best director, another first for a woman and her perinial leading man, Giancarlo Giannini, was a best actor nominee for this tale of an unscrupulous small-time pimp’s boundless effort to survive World War II (including making love to a repulsive female prison camp commandant).

The film was much  acclaimed as a black comedy classic. The French film was nominated for lead actress Marie-Christine Barrault’s performance and its script. Which of the two would Oscar chose?

As it happened, neither one won. When presenter actress-singer Pearl Bailey opened the envelope she exclaimed that the winner was from a country she had visited, the African  country of the Ivory Coast (that country’s only win and nomination and a very rare win for the African continent).

The film, Black and White in Color, made in the French language, is a satiric comedy concerning the native reaction to the way the French and German colonists are waging war on one another (and everyone else) during the World War I era in a remote part of Africa which otherwise couldn’t care less about the conflict.

Though it was largely funded by a French company, the film is, if anything, even more critical of the French than the Germans. At the time, the award was most controversial but time has done a funny  number on that year’s films.

Cousin, Cousine didn’t end up giving birth to any international careers and has faded away with time. Wertmuller and Giannini looked to be at the start of fine international careers (they also had a hit with the film Swept Away earlier that same year) but came to Hollywood and promptly bombed out, hopelessly damaging both careers.

Add to that the fact that many now think Wertmuller’s work very misogynistic (an odd charge for a female film maker) and Seven Beauties rather cruel view of women is no longer appreciated (though it is pretty equal towards men in that regard).

Black and White’s director, Jean -Jacques Annaud,  by contrast, also came to Hollywood on the strength of that win and has had a healthy, if not overwhelming, US career since.  The film, which may not still be that famous, looks like a funny and oddly charming piece, not so bad after all. 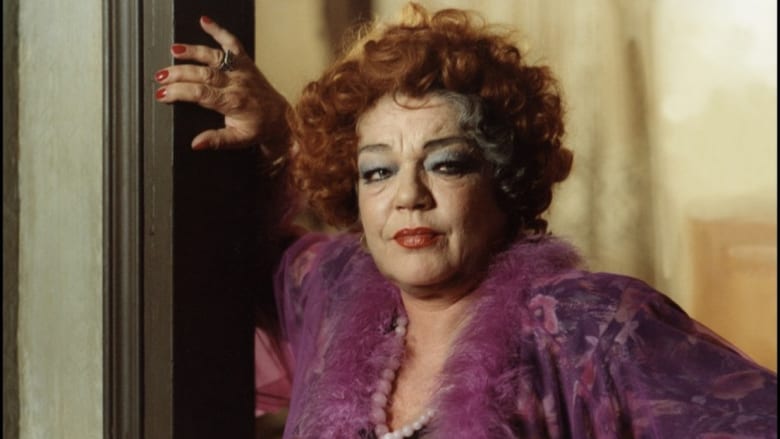 Sentiment can be a powerful and sometimes dangerous thing. English speaking audiences have always had a soft spot for French actress Simone Signoret, one of the great talents of her time. She was a favorite for many years of British film-goers and an award winner in that country and later, in the US, became the only French actress for decades to win an Academy Award (for the British made Room at the Top in 1959).

She even worked in Hollywood for a while (successfully but not happily). Perhaps that helped to swing the vote for Madame Rosa, a touching but not great film which did provide her with her last great role (though no individual Academy recognition).

The actress plays a former prostitute, once a concentration camp inmate, who now, in somewhat shaky old age, cares for the children of other prostitutes, particularly a young boy of Algerian descent whose presence causes a great stir within her little community.  As a farewell gesture (though she still had a bit of life left in her) it was a nice moment-except that better films got cheated.

Among those left out were Iphigenia, a well wrought version of the classic Greek tragedy starring another iconic lady of international cinema, Irene Papas (never noticed by the Academy) and was directed by Michael Cacoyannis (eternally known as the maker of 1964’s big hit Zorba the Greek).

Even better was That Obscure Object of Desire, the latest of many versions of French author Pierre Louys subversive classic The Woman and the Puppet (the title speaks for the plot). More to the point, it was the final film of the legendary Spanish surrealist director Luis Bunuel.

While this wonderfully wild and perverse film might not have been quite up there with his highest points (which were among the best cinema had to offer), it had much to recommend it.

However the Academy, which also granted Bunuel a nomination for his script, had already honored him in 1972 for The Discreet Charm of the Bourgeoisie, which was one of his best (and got a big earful of Bunuel’s famed fury and contempt, decrying awards in particular and the Academy specifically).

Perhaps the biggest snub, though , was the moving Italian entry, A Special Day, from film maker Ettore Scola, detailing the brief cerebral relationship between a gay journalist, soon to be exiled, and a much put-upon housewife and mother of many children who meet on the day Hitler comes to Rome in order to meet Mussolini.

It featured international stars Sophia Loren and Marcello Mastroianni (who won a nomination also) in the best of their many collaborations. Oddly enough, the critics weren’t the warmest towards this film at the time, which might well have hurt its chances, but its reputation has grown with the years. This once again shows that one can’t predict posterity. 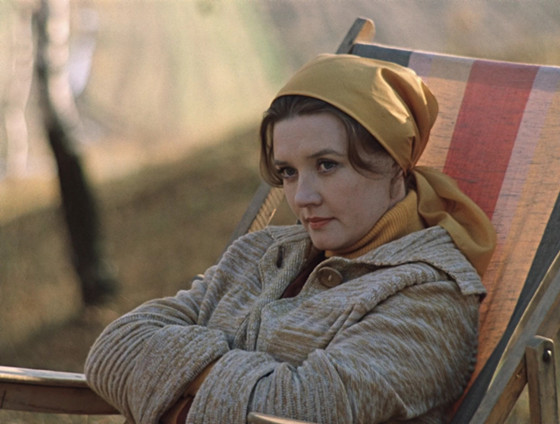 The showdown was classic: France’s Francois Truffaut and Japan’s Akira Kurosawa, both late in their careers but still somewhere near the top of their respective games, contribute each one of the best films of the later parts of their careers (and maybe careers period).

Who would win the Oscar among the two? As it turns out, the winner would be Moscow Does Not Believe in Tears, a rather soapy film more than one critic would compare to the glossy Hollywood film The Best of Everything (1959) and which was one of only five films directed (but not written) by Vladimir Menshov, who was far better known as an actor in his native U.S.S.R. Where was the justice?

In its defense, the film does put a human face on Russian working class as it tells the tale of three young women who come to the city from small towns and find love and lots of social issues over the years. It was enjoyable (though so was The Best of Everything) but hardly cutting edge. The fact that the U.S. was trying to mend strained relations with the U.S.S.R at the time might well have influenced things.

As for the two mighty contenders, Kagemusha (subtitled The Shadow Warrior), set in feudal Japan, was one of Kurosawa’s excellent period  epics and a telling human drama in detailing the story of a petty criminal forced to impersonate a dying statesman in order to divert the attack of fierce enemy warlords.

The Last Metro drew on Trauffaut’s early years in occupied France in telling the story of a small theater doing its upmost to subvert the invading enemy and featured sterling performances from, among others, Catherine Denuve and Gerard Depardieu.

While either choice would have been both right and wrong, it would have been better than giving the award to a choice that was…well, just plain wrong.  The ever prestige-minded Academy is probably dismayed that the also rans in this category are still widely seen and praised while the winner has pretty much faded away.

The contest for best foreign film of 1987 shows just how heartbreaking and unfair life can sometimes be. Louis Malle was, plain and simple, one of the great French filmmakers. He was first a documentarian (and his 1956 documentary The Silent World won an Oscar, though he was not honored) then one of the first New Wave film makers.

He won many prestigious European awards and was nominated by the Academy many times (including a number  of nominations for his finest English language film, 1980’s Atlantic City).

Somehow, though, the award remained elusive. That looked about to be righted in 1987 when he released one of his greatest works, Au Revior Les Enfants, which, like most of his best films, had autobiographical elements of his growing up during the French occupation (yes, again!).

This film told a heartrending story about friendship and betrayal among young boys attending a boarding school being closely watched by the Nazi invaders. For very many, Malle had outdone himself and, quite sadly as with Truffaut, it would be for the last time as both men would meet sadly premature ends after their last great works.

It would be so nice to report that Malle left life after standing in an honored circle but it wasn’t to be. Out of almost nowhere came a Danish film entitled Babbett’s Feast, a touching item taken from a short story (written hurriedly for money and sold to a women’s magazine!) by the great author Isak Dinesen (Baroness Karen Blixen).

It told the story of a two elderly and kind-hearted sisters who take in a woman who is a refugee from the bloodshed engulfing 19th Century Paris. The woman, Babbette (the noted French actress Stephane Audran), reveals nothing of herself, but works tirelessly for the sisters whose minister father had condemned them to a life eschewing sensual pleasures.

When she unexpectedly wins a lot of money in a lottery, instead of helping her lowly lot in her present life, she concocts a most unexpected evening for the sisters and their friends which will end up as an everlastingly joyful memory.

It was a deeply felt and most honestly joyful film, one that truly managed to touch on a deep cord of secular spirituality. It was directed and written by Gabriel Axel, a well respected film maker in Scandanavian circles but one who wouldn’t have a big international career (and, sadly, this film came too late in the day to change that).

No Danish film had ever won a best foreign film Oscar. It would be Malle’s luck that this was the first (and one of only three to date). The sad fact is that the winner was a memorable film too. Stories such as this show how hurtful things such as awards can be.