Michael Mann’s Heat is simply one of the single greatest films ever made. The film focuses mostly on the dynamic between cop and robber, something that Mann explores in the majority of his films, however the film is also quite undeniably a heist film, too, with De Niro and his group of robbers targeting banks as cop Al Pacino relentlessly chases him. Both men are at the top of their game, both men are unstoppable, and when the two collide it makes for some of the most exciting filmmaking ever put to screen. Add to that Mann’s incredible ability to direct action and there is just no doubting that this is seriously electrifying cinema.

Mann’s approach to the heist is exhilarating, too, especially in one scene wherein De Niro takes a bank and Pacino closely follows, with stunning cross-cutting leaping between the two, allowing the tension to bubble beautifully as it approaches a boiling point before the scene explodes into a cacophony of deafening gunshots traded between the police and the robbers, Mann’s excellent geography and set-up just making the scene work perfectly. Few action scenes manage to even come close to having the power that this scene in Heat does, and it may not even be the best scene.

The film, despite a runtime of almost three hours, never feels slow and manages to keep the pacing so fast with the editing so slick that it just flies by. There are few films as impressive as this, and it isn’t even Michael Mann’s finest work. In a career full of masterpieces, Heat is one of the better that Mann has made, and that makes it one of the finest films ever crafted. It is ridiculously impressive, beautifully produced and all around wildly engrossing.

Stanley Kubrick’s The Killing focuses on a crook gathering a team of five men to rob a race track. Coming from Stanley Kubrick, of course, the film is very impressive formally, with gorgeous black and white cinematography by Lucien Ballard (also responsible for Elaine May’s Mikey and Nicky) and great performances across the board.

Working as a wonderful film noir as well as a stylish heist film, The Killing may not stand out when compared to some of the other films that Stanley Kubrick would go on to make afterwards, not even holding a candle to the heights of Eyes Wide Shut and The Shining, however, that isn’t to say that The Killing isn’t wonderfully directed, brilliantly written and beautifully executed overall. A must-watch for any Kubrick fan, if they haven’t seen it already! 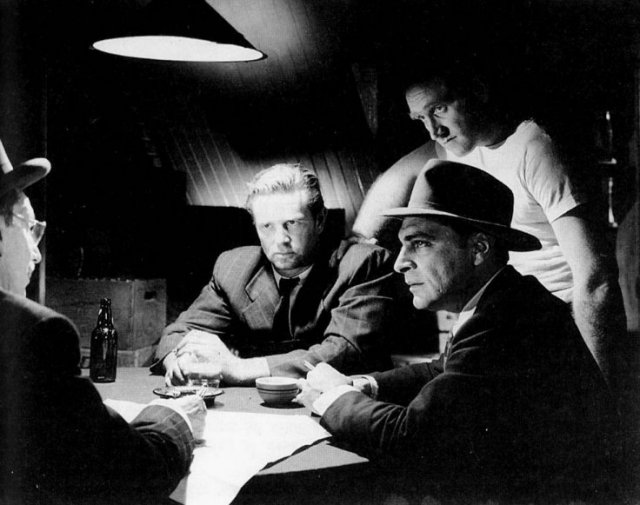 Often considered as the blueprint for the genre, John Huston’s classic crime thriller The Asphalt Jungle was one of the earliest heist films to gain attention, and was massively influential to a lot of the other films in the genre.

With the incredibly paranoid, hyperactively aware noir style, and stunning cinematography that somehow manages to use empty space to isolate the characters at some points and also uses crowding the frame with the titular “Asphalt Jungle” as a way to give the same feeling of these characters being nothing compared to the city they live in, the film just works beautifully.

The performances certainly help too, bringing these vile characters to life in such a way that you are able to dislike a lot of them but you can’t help but empathise with them at the same time, with them clearly feeling inferior and just trying to break out of their figurative shackles.

Bringing to mind the work of Michael Mann with the use of location and these surprisingly broken down characters, The Asphalt Jungle is just so impressive formally, with the slick editing, terrific performances of some of the most interesting characters ever put into a heist film and cinematography that would make Roger Deakins green with envy. It’s a film so important to the genre that parts of it can be seen in almost any heist film you will see. 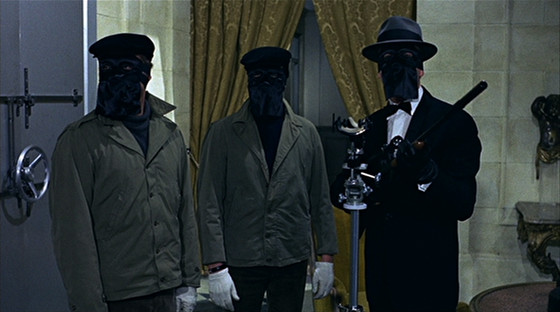 If any director understood how to create tension and slick action films, it’s Jean-Pierre Melville. Bringing the all-time great Alain Delon back after working with him previously for Le Samourai (likely Melville’s most recognisable and beloved film), and placing him in a paranoid heist thriller is one of the best moves any director has ever made, and that’s without looking at just how good the rest of the film is, an alluringly shot, wonderfully edited film that would have any film fan drooling.

Melville directs with so much energy and yet so much precision, and, surprise surprise, the film uses silence and very subtle sound design in a way that brings to mind the fantastic heist sequence from Jules Dassin’s Rififi… the influence of that one is showing already!

Maybe the most predictable appearance on this list, Jules Dassin’s classic heist film Rififi is likely the most critically acclaimed of any heist film and is also the one most often given credit for its’ massive influence on how the genre has changed over the years, mainly for the iconic silent heist scene, in which Dassin manages to communicate all of the intricate tension that comes with a heist scene and somehow does it all with no sound, putting the audience into the same paranoid mindset as the thieves by making us hyperactively alert and aware of any noise, no matter how small.

The dazzling impact of this one scene in particular certainly shouldn’t take away from the rest of the film though, almost all of which manages to hold the same kind of power over the audience, luring them into the world of the characters. Dassin’s film is a wonderfully inventive one, one that is directed with both narrative and emotion in mind, and given equal importance to the film in a way that very few other heist films can live up to.