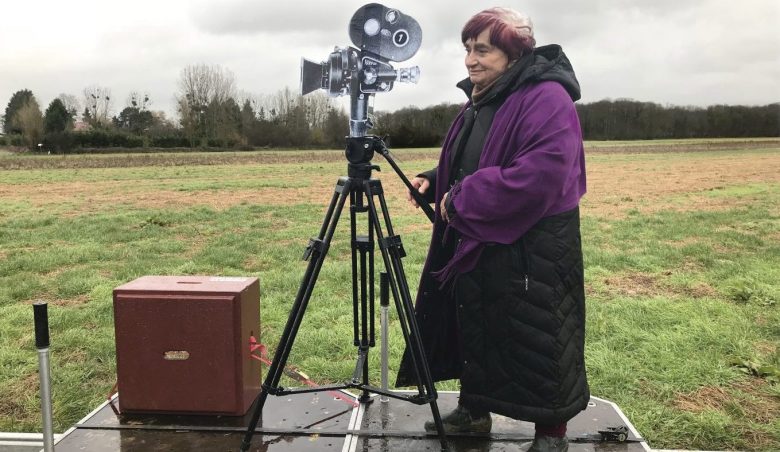 The valedictory film from the legendary and incredibly prolific French filmmaker Agnès Varda (sadly, she passed away on March 29th of this year, at 90 years young), this is a must-see cinema experience for any true cineaste. Tracing her storied career and life with her characteristic humor and vigorous energy, be sure to bring along the tissues. There will never be another like Agnès and this film will certainly be a celebration.

As inventive and irreverent as ever, VIFF favorite Pedro Almodóvar is back with what critics and festival audiences alike are calling his most exhilarating work in years. Add to the already rich recipe the re-teaming of two of Almodóvar’s most beloved actors; Penelope Cruz and Antonio Banderas (who won the Best Actor prize at the Cannes Film Festival for the role) and this is guaranteed to be one of the highlights of VIFF 2019. How could it not be? 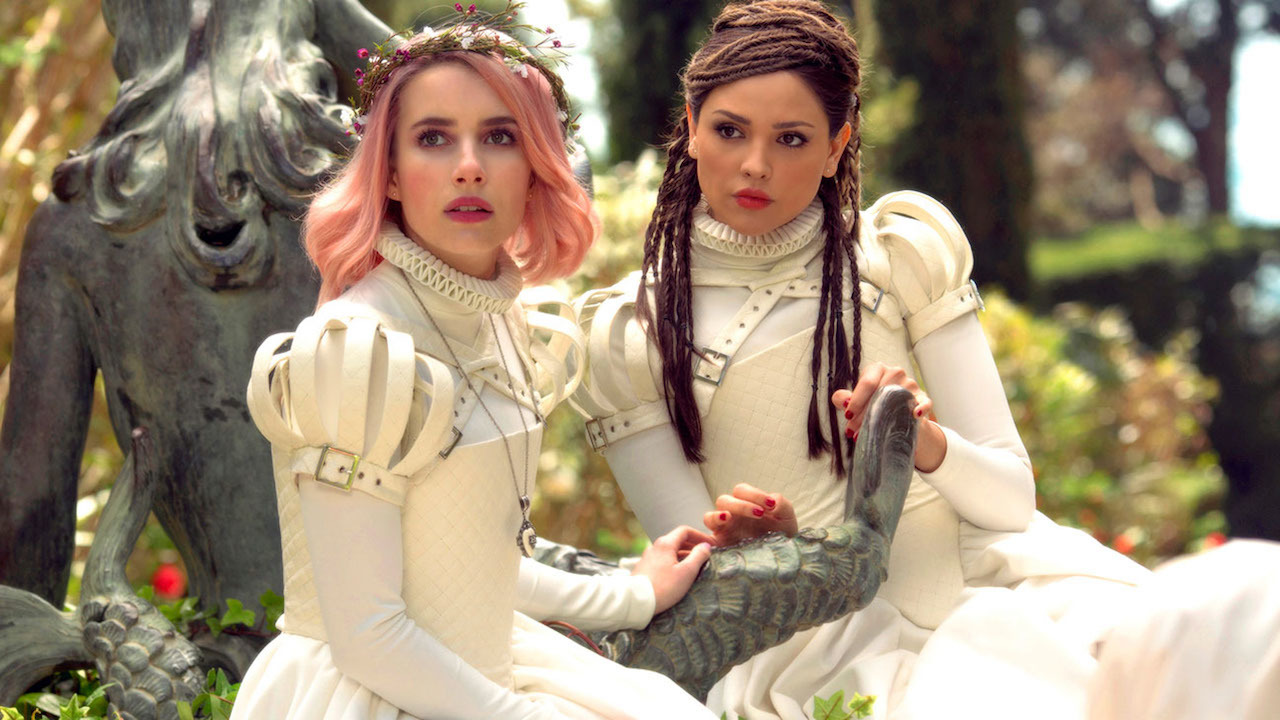 Spanish filmmaker Alice Waddington makes her feature-length debut with the lavish sci-fi fairy tale Paradise Hills. Emma Roberts (The Blackcoat’s Daughter [2015]) is Uma, a young woman whose troubles begin upon her inexplicably awaking on a mysterious island called Paradise. Here she is amongst a group of young women (including Awkwafina, Eiza González, and Danielle Macdonald) who find themselves enrolled in an oppressive reform school headed by the Duchess (Milla Jovovich).

A visually rich confection, Waddington counts the impressively stylish James Whale films for Universal in the 30s (Frankenstein and Bride of Frankenstein) as well as the gothic allure of Hammer films as inspiration for this mysterious riff on Fantasy Island, with some sharp socio-political commentary thrown in for added zip. 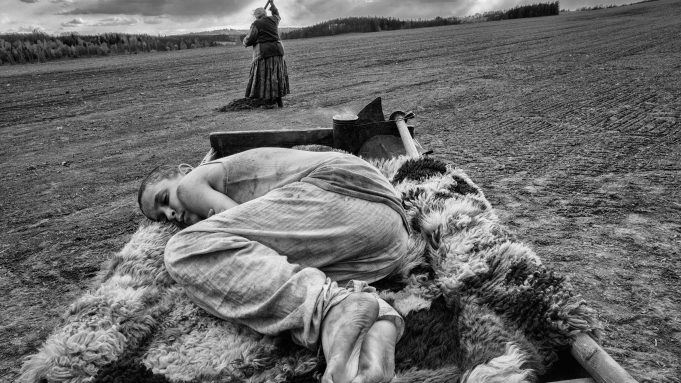 It was a decade-long road for writer/director/producer Václav Marhoul to bring Jerzy Kosiński’s nightmarish (not to mention extremely controversial) memoir of a Jewish survivor/witness to the Holocaust to the big screen. The resulting black-and-white odyssey of human atrocities (graphic sexual violence including bestiality and incest as well as some of the most brutal depictions of physical violence ever wed to celluloid are captured here and will haunt the viewer long after the nearly three hour film draws to a close) has already drawn comparisons to Elem Klimov’s shattering Come and See (1985).

For all intents and purposes, The Painted Bird looks to be one of the most serious cinematic experiences of the year. The Guardian’s Xanth Brooks said; “I can state without hesitation that this is a monumental piece of work and one I’m deeply glad to have seen. I can also say that I hope to never cross its path again.” So be warned, the nerve-jangling violence and mental torture will be too much for sensitive viewers. Proceed with caution.

6. Portrait of a Lady on Fire (directed by Céline Sciamma, France) 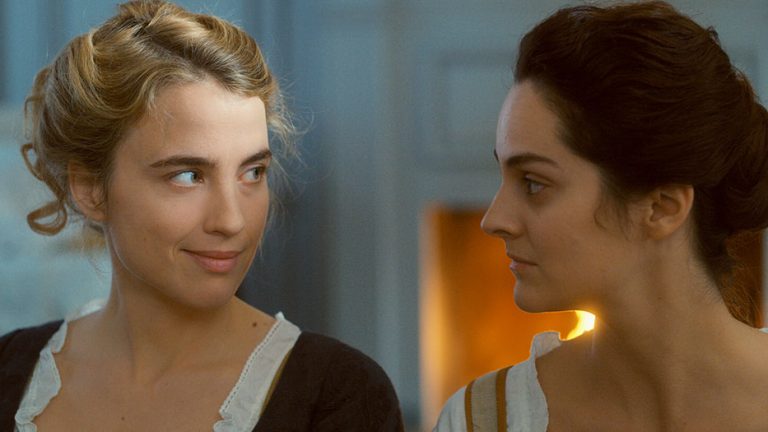 French writer-director Céline Sciamma (Tomboy [2011], Girlhood [2014]) scorched audiences and jury members alike at the 2019 Cannes Film Festival earlier this year where her new film, Portrait of a Lady on Fire, walked away with Best Screenplay aswell as the Queer Palm (Sciamma is the first woman director to win the award).

This heartrending and thought-provoking historical drama is set in 18th-century Brittany where a young painter named Marianne (Noémie Merlant) is commissioned by an Italian noblewoman (Valeria Golino) to paint a portrait of her lovely young daughter Héloïse (Adèle Haenel), recently released from a convent and still recovering from the traumatic loss of her sister. 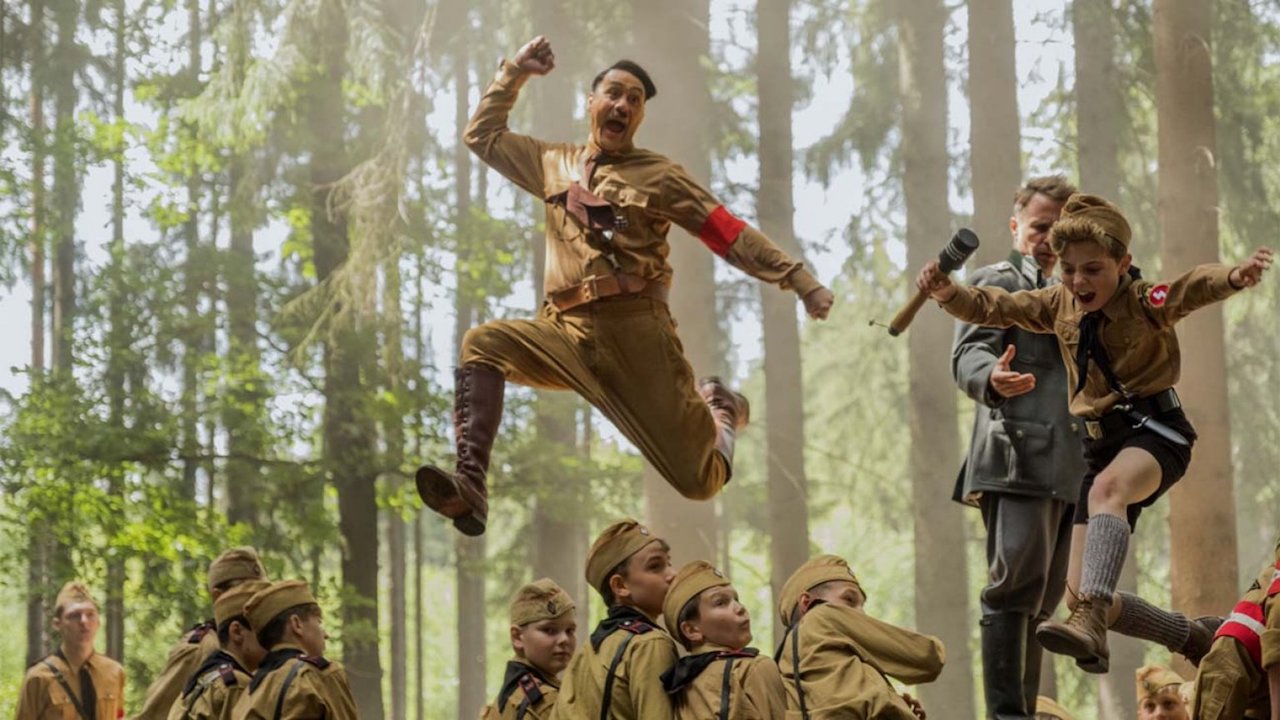 New Zealand’s Taika Waititi continues his winning streak (following 2017’s Thor: Ragnarok, 2016’s Hunt for the Wilderpeople and 2014’s What We Do in the Shadows [the latter of which he co-directed with fellow Kiwi collaborator Jemaine Clement]) with this intensely personal and long-gestating passion project, Jojo Rabbit.

Sure to be as audacious as it is hilarious, this satirical anti-hate film already garnered glowing notices at TIFF, where Waititi was the recipient of the 2019 Ebert Director Award and where it also scored the coveted People’s Choice Award. It seems clear that Waititi won’t let us down (has he ever?).

After his startling breakout debut film from 2015, the slow-burn supernatural period film The Witch, Robert Eggers proved to be an emerging filmmaker to watch out for, and his follow-up film The Lighthouse, already generating ecstatic buzz on the festival circuit, looks to cement that notion even further. A menacing tale of madness garbed as a gothic sea chanty captured in glorious black-and-white (with an unusual 1.19:1 aspect ratio to boot), this film looks to be one of the most dazzling genre films of the year.

Set in a remote lighthouse off the angry seas of North America in the late 1800s, Robert Pattinson is greenhorn Epharim Winslow, isolated and annoyed by and with Willem Dafoe as drunken oldhand Thomas Wake, this film promises to be an atmospheric and inebriated blast for all ye brave enough to enter.

Nobody makes movies like Quentin Dupieux, aka Mr. Oizo, the French filmmaker and electronic musician behind such feature-length oddities Rubber (2009), an absurdist horror about a psychic tire, and the surreal comedy Wrong (2012), ostensibly about a missing dog. Add this year’s Deerskin to Mr. Oizo’s growing list of weird WTF works that have to be seen to be believed.

This time out, writer-director-editor-cinematographer Dupieux presents a twisted tale starring famed French actor and comedian Jean Dujardin as Georges, a man so in love and attached with his designer deerskin jacket that he will seriously mess you up if you don’t see how great a cut it is. Described by Variety’s Owen Gleiberman as “ a cross between Barton Fink and Henry: Portrait of a Serial Killer” we’re already in the queue to see this one. Shall we save you a seat?

The (once) reclusive and artfully enigmatic Terrence Malick brings his distinct brand of naturalistic beauty and poetic transcendence to the weighty true-life tale of conscientious objector Franz Jägerstätter (August Diehl), an Austrian farmer who, even under threat of execution, refuses to fight for the Nazis during World War II.

Certain to be catnip for Malick devotees (count us in that number), this heartbreaking and sombre anti-war epic –– Jägerstätter was put to death by the Third Reich for undermining military actions, though later beatified and declared a martyr by the Catholic Church –– is sure to be a sumptuously photographed and deeply moving affair. That it also happens to be the final performances from both Bruno Ganz and Michael Nyqvist makes A Hidden Life absolutely unmissable for serious film lovers.

The always engaging and forever unpredictable Korean director Bong Joon Ho (Memories of Murder [2003], Okja [2017]) returns to VIFF with the multi-layeredrabble-rousing black comedy with a political clip, Parasite. This daring satiric film won the Palme d’Or at Cannes earlier this year where it was the buzz of the prestigious festival.

Ostensibly the tale of the desperate and destitute Kim clan, an intensely resourceful and altogether greedy family with a ruthless survival instinct who set their sights on the highly-successful and very wealthy Park family. Soon a very unhealthy and secretive symbiotic relationship joins the two families and, in pure Bong fashion, events escalate that are all the more precarious and entangled. Zigzagging between genres, the black comedy grows bleaker as the Kim’s put the “fun” back in dysfunctional in this menacing modern fairytale.