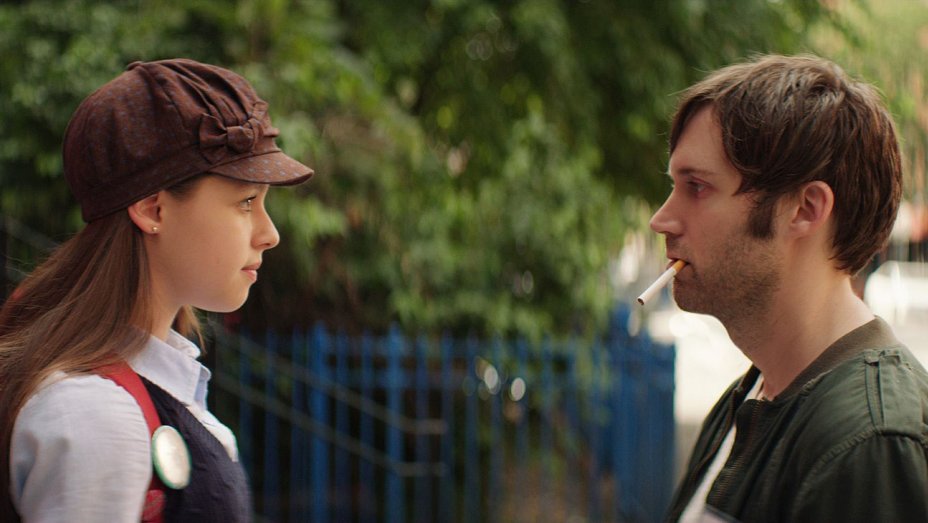 Directed by and starring Shawn Christensen and based on his Oscar-winning short film, Curfew, and with the same cast. Before I Disappear follows a suicidal man named Richie (Christensen) after his girlfriend, Vista has disappeared. Before he can pull the hypothetical trigger, he receives a call from his estranged sister, Maggie, asking if he can look after her virtuous eleven-year-old daughter for the night.

What follows is an unlikely friendship between two people who are worlds apart. Blood relatives they may be but unfamiliar with each other or their lives of different values, priorities and problems. As Sophia accompanies Richie into the dark areas of his existence and all the things that he is entangled in, she becomes somewhat of his surrogate daughter for the night, giving him a sense of responsibility, acceptance, friendship and love that he hasn’t experienced before.

Before I Disappear showcases that a little understanding and forgiveness can be that light that somebody down on their luck is looking for.

At times unsure whether it wants to be a melodrama or a dark comedy, Before I Disappear does demand your tears but also demands a lot of guilty laughs. It keeps you on your toes. A film that many feel the critics got wrong. 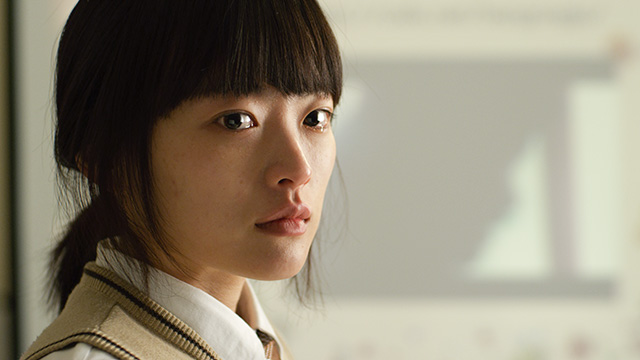 This multi-award winning South Korean film is by Lee Su-jin and is based on a true story. The film follows the titular character, played by Chun Woo-hee in her first Blue Dragon-winning leading role. Woo-hee has since risen to the top of South Korean cinema and is like the gold-standard for emotional performances right now.

Gong-ju is a teenage girl who is trying to move on with her life after a traumatizing event, leaving her forever scarred as she desperately tries to stay away from any attention and struggling to let anybody come close to her. Gong-ju has no real adult support, not even from her parents.

The film deals with a very serious and particularly emotional subject and one that I believe would be more impactful with an absence of knowledge regarding it, so you won’t find any real story information here.

Woo-hee gives so much life to this girl, dragging you in until your emotions are exhausted; getting sucked right into her mind-set — her desperation to move on and her optimism that maybe she could — and the harsh realization deep down that she may never truly will. Along with her struggles to trust and her hesitation to get close to anybody, it’s also a bit of a social commentary of South Korea’s corrupt legal system at the time.

Additionally, Martin Scorsese, one of the finest filmmakers of our time, had this to say:

“Han Gong-ju’ is outstanding in Mise-en scene, image, sound, editing and performance. I have a lot to learn from this movie and I can’t wait to see Lee Su-jin’s next film.” 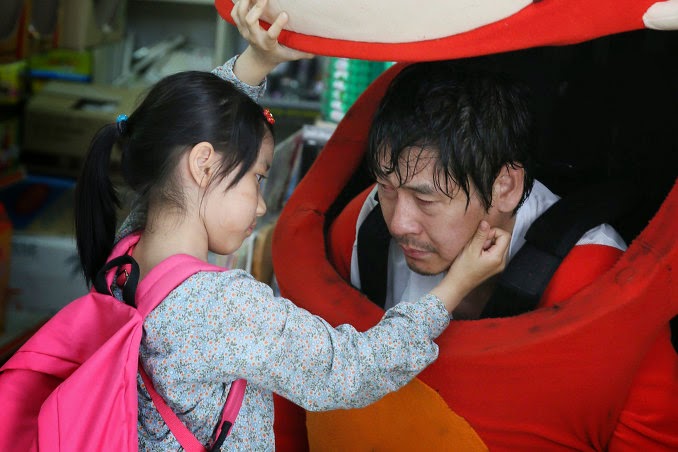 Another South Korean feature also released as Wish (“hope” and “wish” are literal translations of the main characters’ name) and directed by Lee Joon-ik, Hope is a film that’ll take you through your emotional library as it brings to your surface feelings that you didn’t even know you had.

Hope is based on the infamous South Korean Nayoung case of 2008, in which an 8-year-old girl was beaten and raped by a drunk 57-year-old man (who also had many prior convictions) while on her way to school.

The film is not about the event per se but about everything following it. Hope focuses on the family during the aftermath and all of grief and anxiety that it creates, and how it is all dealt with. The film follows So-won’s surgeries, recovery process, the psychological scarring that resulted for her and her parents, and the ongoing case of the culprit.

Something that particularly poked at those tear ducts is that she can’t bear to be near her father because of the trauma. The only way her father can interact with his daughter is by wearing a ridiculously bulky and sweaty costume of her favourite cartoon character, Cocomong, and only as Cocomong can he be that comfort and support system that a father should be, particularly during times like these.

Among the most tear-jerking sequences shows various adults, including her mother, dress up as characters from the Cocomong show and put on a performance inside her hospital room. Amidst all of the pain and the suffering, the heartbreak and the tears, we see So-won genuinely smile for the first time since the incident. It’s such a heart-warming moment of pure happiness and bright colours in this otherwise grief-driven story.

Besides Lee Re as So-won, Sol Kyung-gu and Uhm Ji-won both give incredible performances as the aforementioned grief-stricken parents. I haven’t even scratched the surface, but Hope is one of the most tear-demanding films ever. 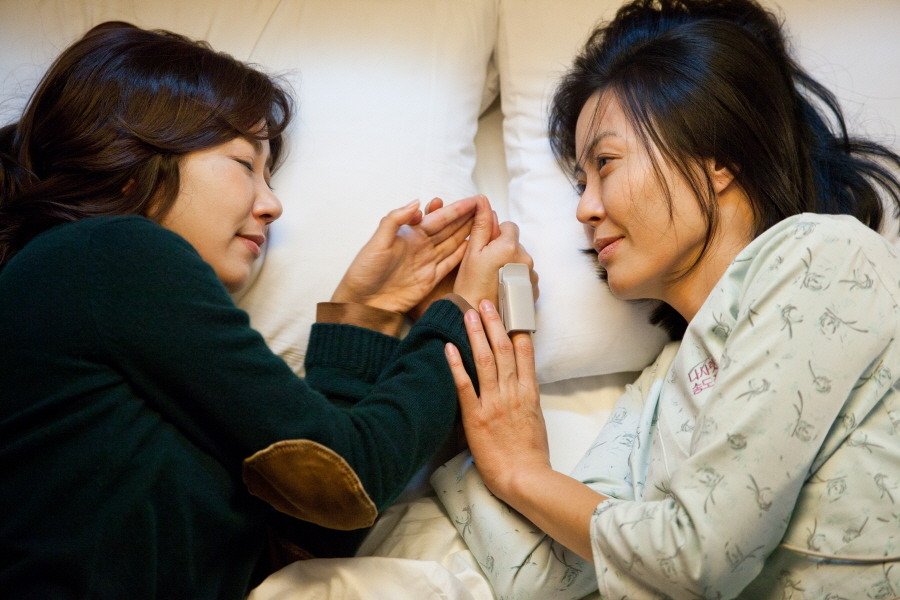 And a final South Korean flick in the form of Grand Bell-winning and Blue Dragon-nominated Sunny.

Directed by Kang Hyeong-cheol, Sunny centres on a group of former high school best friends who had a crew that they named “Sunny.” Life sends them in different directions following their teens and they haven’t seen each other for 25 years. As they find out that one of their former members is dying of cancer with just two months left to live, they decide to fulfil her dying wish of getting the gang back together one last time.

Sunny is a beautiful tale of friendship and is relatable to most of us as we have all, at some point in our lives, had friends drift away. It’s an emotional roller coaster filled with tears and a lot of laughs. Sunny is heart-wrenching at times but when it lightens up, it will make you feel all warm and fuzzy inside.

The film switches between the modern day and 1985, with each version of the characters being lovable in their own wonderful ways with equally compelling performances and stories.

Sunny has a great representation of a diverse group of friends. There’s the shy one, the overly confident one, the emotional one, the pretty one and the crazy one. Their contrasting personalities come together in a bubbly little package as they form an inseparable bond, and when they come back together after two and a half decades, nothing’s changed. 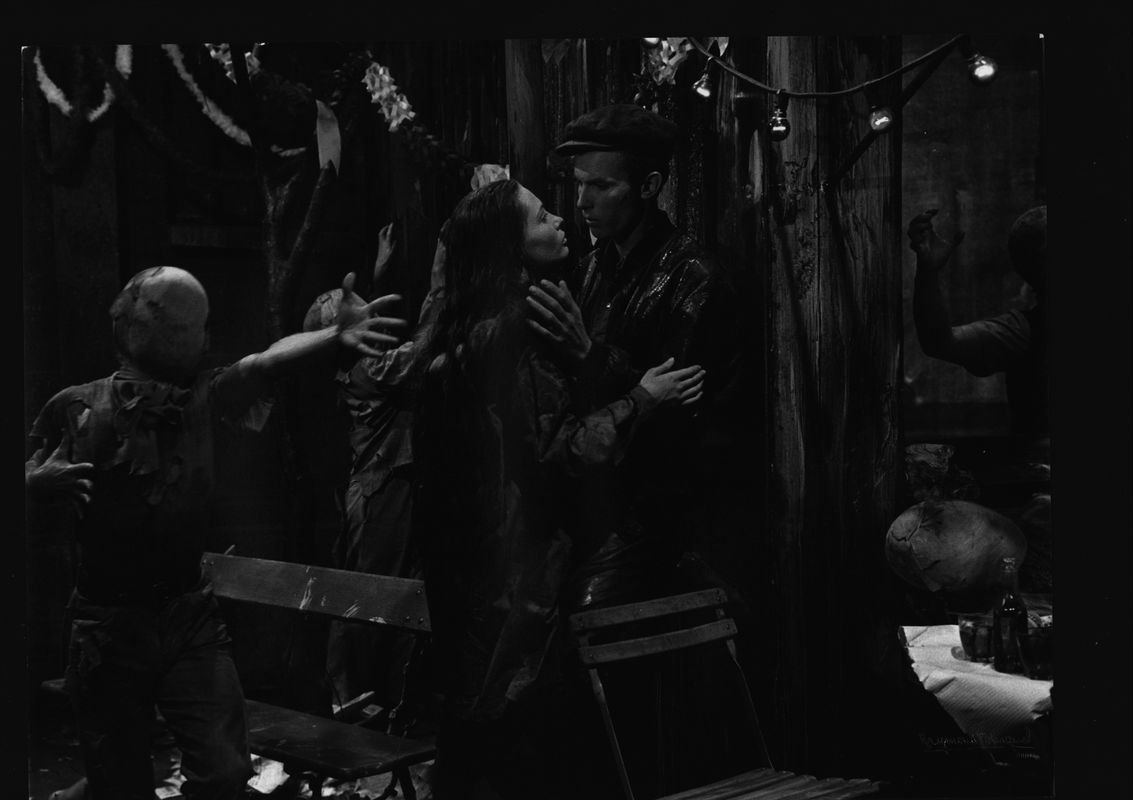 Close to being considered lost, this 1962 French film by Raymond Rouleau is based on the alleged love story of the same name, said to have taken place in Teruel, Spain in 1217.

The Lovers of Teruel could be considered Spain’s equivalent to Romeo and Juliet, as the Spanish tale shares similar themes of forbidden love, lust and tragedy.

It follows Diego and Isabel- both of whom belong to two important and wealthy families, and have been in love since they were children. Upon reaching marriage-age, Diego’s family fall on hard times and thus Isabel’s father, as the wealthiest man in Teruel, refuses to let his daughter marry Diego with his family’s current state. Diego makes an agreement with Isabel’s father to leave Teruel for five years and build a fortune. If he succeeds, he may return and marry Isabel.

Now the interesting thing about this adaptation is that The Lovers of Teruel story is actually told as a performance piece within the movie. The play acting as a parallel to the real-life situations of the actual characters of the ‘outside’ story.

The film set is a sound stage and the actors are stage dancers and performers within The Lovers of Teruel play. For example, Ludmilla Tcherina plays lead dancer Isa, who plays the aforementioned Isabel. Isa is still nursing the heartbreak of being left at the alter many years ago, and longs for her ex-lovers return, much like Isabel longs for the return of Diego.

If you manage to find it, which as far as is known exists only on VHS and fragments online, it succeeds in mood, music, atmosphere and fantastic performances from a diverse cast of characters. The Lovers of Teruel is possibly the greatest, and certainly the most tear-jerking forgotten movie of all time.