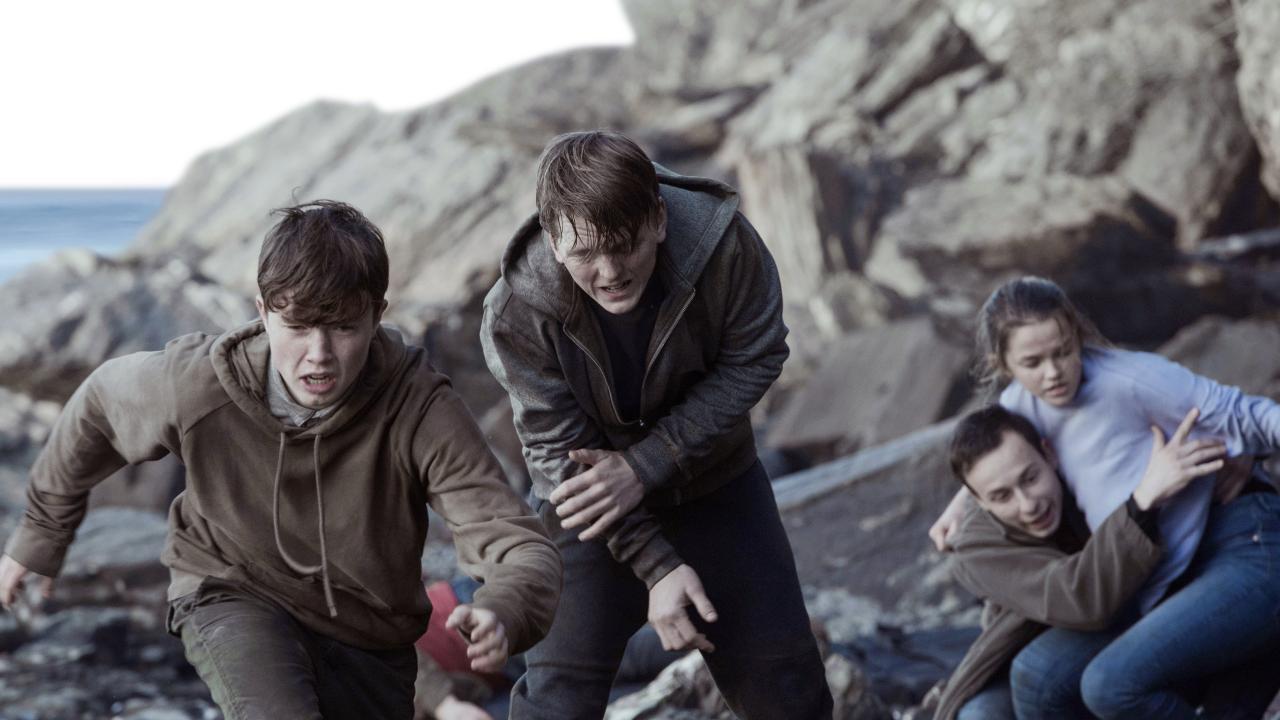 Between Captain Phillips and United 93, Paul Greengrass has proven to be an expert at making devastating depictions of real life tragedies. 22 July is another film that falls into this pattern, and tells the true story of the worst terrorist attack in Norway’s history, in which a right wing extremist murdered 77 teenagers involved in a summer camp in 2011. The attack itself is depicted with a harrowing amount of detail, and Greengrass’s up close direction shows the chaos and heartbreak that follow such a tragic event.

It’s such an upsetting story, but Greengrass begins with the attacks and show how the healing process works, getting the perspective of the students, law enforcement, and government as they cope with their grief together and look for solutions to prevent this type of attack from ever happening again.

Jon Oigarden gives an excellent performance as Geir Lippestad, the lawyer who is tasked with defending the terrorist and begins to question the ways in which the legal process works. It’s a traumatizing film that’s very important, and Greengrass doesn’t take advantage of the situation to force any unnecessary melodrama or sentimentality.

While Adam Wingard’s later films Death Note and Blair Witch proved to be critical and creative failures, he showed a lot of potential with his early work, and while Wingard’s You’re Next became a cult hit, not enough attention is given to his 2014 film The Guest. This gripping thriller follows Dan Stevens as David, a soldier who visits the family of a fallen comrade and begins to insert himself into their daily lives. At first David’s old fashioned mannerisms and emotional authenticity are charming, but Stevens show that there’s clearly something off with the character’s psyche, leading to a thrilling mystery that has many visual cues taken from 80s action and horror films.

The film never shows its cards too early, and begins by focusing on how David trains the family’s son Luke to stand up to bullies and how he eliminates the father Spencer’s competition at work. Stevens makes David both charismatic and creepy, and the excellent screenplay by Simon Barrett expertly leaves a lot of David’s backstory and motivation up for interpretation.

David’s involvement in an enigmatic military program that compels him to target anyone that could threaten his semblance of normalcy is interesting, but it’s secondary to David’s parasitic relationship with the Stevenson family, specifically the daughter Anna (Maika Monroe), who is the first to notice that David isn’t as perfect as he seems. David’s exaggerated skill set makes him a terrifying villain, and The Guest uses these over the top elements to make a self aware, clever thrill ride.

Chappaquiddick illuminates one of the most controversial moments in modern American political history, in which Presidential hopeful Ted Kennedy (Jason Clarke) was involved in a car accident that claimed the life of his staffer Mary Jo Kopechne (Kate Mara). Kennedy is the heir apparent to the Presidency and faces considerable pressure from his father (Bruce Dern), and when this horrible tragedy occurs, Kennedy faces the onslaught of media coverage as he tries to protect his future in politics. As new coverage begins to pry into every detail of the case, the guilt and anxiety felt by Kennedy is never lost due to the brilliant performance by Jason Clarke.

Clarke does a great job showing how the openly gregarious, charismatic Kennedy can hold dark secrets and fight for his father’s approval, and the slow deterioration of his outward personality makes for a fascinating character study.

The privileges that Kennedy has due to his wealth and familial status are never lost, and the film shows how Kennedy’s acceptance of personal responsibility comes into conflict with the weight of protecting his family’s legacy. The real time depiction of the aftermath of the event and how political forces responded makes for a thrilling historical drama, and Kennedy’s final public response as seen on screen grasps just how complex this fateful day was.

2. Bad Times at the El Royale 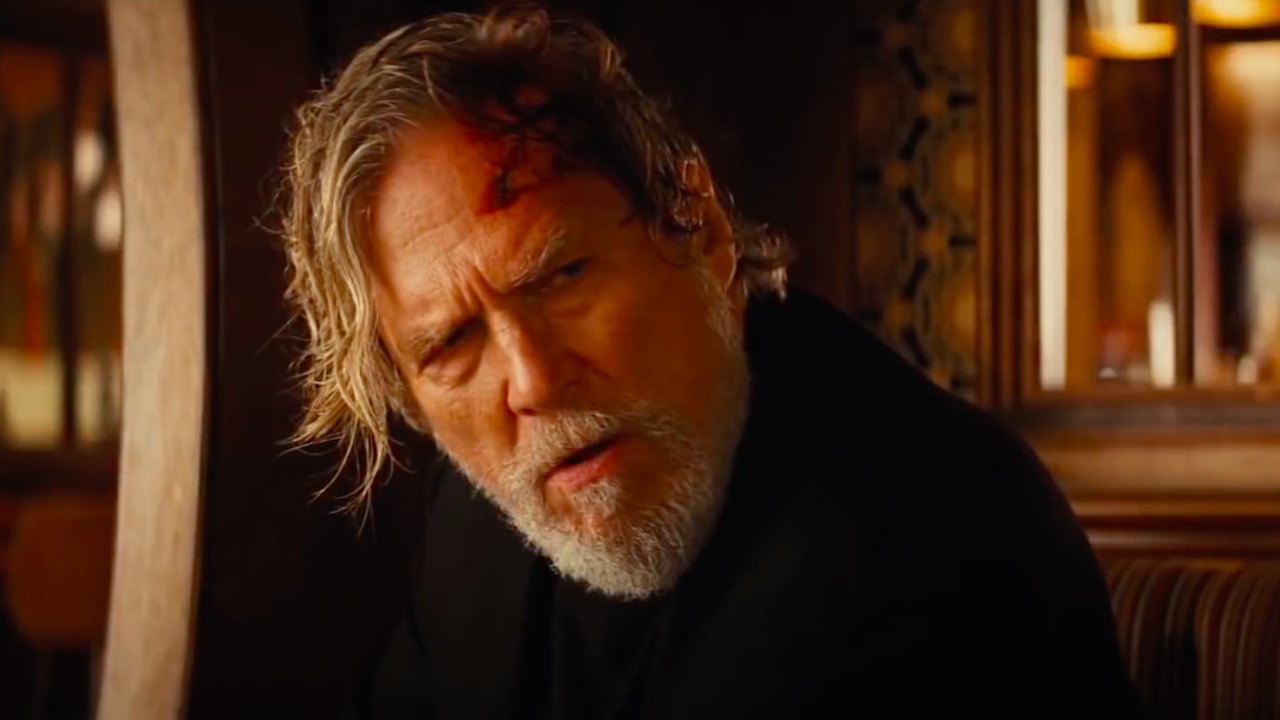 Following the success of Cabin in the Woods, Drew Goddard crafted another lurid genre mashup with Bad Time at the El Royale, a film that combines tropes of various 60s genre films into a neo-noir bottle thriller that confines seven strangers in a mysterious hotel for a night of revelations and confrontations.

The playful nature of Goddard’s direction lets each character indulge and introduce new elements to the story, and make the film feel like a collection of multiple different storylines that all relate to the social and political climate of 1969. As the film tells each story from a different perspective and often shows the same events through different eyes, it’s never clear exactly who the audience should be rooting for, and thus never becomes boring.

The ensemble is filled with phenomenal character actors, each of whom do a great job at masking their true intentions, and Jeff Bridges gives one of his best recent performances as a thief masquerading as a priest who is surprisingly sincere in his motivations; the heartfelt monologue that Bridges delivers towards the end, following a considerable amount of bloodshed, marks a tonal shift that could only be delivered through the mouth of a great actor.

Chris Hemsworth also delivers one of his better performances as a psychopathic cult leader that is equal parts Charles Manson and surfer dude, weaponizing Hemsworth’s charisma for a haunting performance. Claustrophobic and surprising, Bad Times at the El Royale is so dynamic at balancing its ensemble that its 141 minute runtime never drags.

Jeremy Saulnier’s breathless independent thriller strips all the conventions and Hollywood gleam away to tell a brutal revenge story, in which the homeless scavenger Dwight Evans (Macon Blair) seeks revenge on the man who killed his parents twenty years ago. What starts off as a simple act of aggression turns into an all-out war between two families who are forever linked by this act of violence. Blue Ruin stands out from other thrillers due to escalation; no conflict is self-contained, with each ruthless interaction perpetrating another step in this cycle of violence.

Dwight is no professional assassin or even an experienced killer, and much of the tension in the film comes from the fact that Dwight is forced to use the same survival skills he learned in his homelessness to infiltrate and destroy the opposing family. Dwight’s first kill is nearly botched, and while he is not inherently a vengeful person, the flashes of his parents’ death unlock a more ruthless aspect of his personality.

Due to the low budget, which reportedly cost around $420,000, Blue Ruin’s brilliantly staged action scenes never feel manufactured, and Blair brings a raw physicality to the role that helps distract from the character’s hapless nature. A true inspiration for independent filmmakers, Blue Ruin shows that regardless of budget, all that is needed to make a great thriller is strong directing and a compelling story.