Pedro Almodovar has always been one of the great screenwriters, especially for female characters. From Carmen Maura to Penelope Cruz, he knows how to explore the psychology of women and what makes them tick. He reached new heights with the multigenerational story of women in “Volver.”

Almodovar explores themes from life and death intermixed with tragedy, comedy, farce, and realism. In his La Macha story, we see how Cruz, Maura, Lola Duenas, Blanca Portillo, Yohana Cobo and Chus Lampreave go about their lives in this region.

Despite the highs of the film involving murder, the film never loses the aspect of what these women go through. Almodovar uses past relationships, sexual abuse, and lies to show how much they have endured and, more importantly, why.

The film never deviates from the relationships of mother, daughter, grandmother, aunt, etc. It’s the strength of these women, not just the exceptional acting, that shows how they continue despite many hurdles and abuse thrown at them. And with the director’s touch of colors, sensual mood, and even song, we are never ripped apart but rather enlightened and come to admire all of these women. 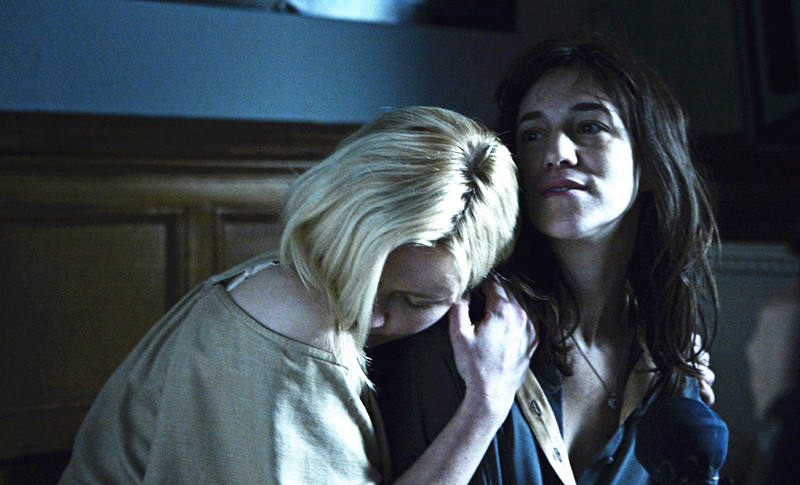 Say what you want to say about Lars von Trier, but he truly writes great female characters, from “Breaking the Waves” to “Dogville” to his Depression Trilogy. In this film, he explores the approach of the end of the world from two sister’s points of view – the accepting yet lost Justine, played by Kirsten Dunst, and the worrisome yet caring Claire, played by Charlotte Gainsbourg.

The film is split into two parts and can be seen as a during the wedding and after the wedding ordeal. We see many female characters, such as the Charlotte Rampling as the cantankerous, disapproving, and blunt mother, but it’s Dunst who truly shines. We never know what she is thinking and why she is doing it.

Why does she have sex with another man on the day of her wedding? Why is she the calmest about the coming of the end of the world? Why is she depressed? In true von Trier fashion, we never gets answers. Similarly, how is her sister is more sane and tries to hold the family together? It is a fascinating story of these women who try to come to terms in their own ways with the end of the world.

During the height of Godard’s creativity and productivity, he made a film about how his muse Anna Karina goes from a Parisian housewife who wants to be an actress, to eventual tragedy as a prostitute. The film plays out in 12 chapters in pure French New Wave style, with regards to its camera tricks and content. However, the center of this film, translating as ‘My Life to Live,’ veers away from the pop culture of that time.

As the film progresses, we slowly start to descend with Karina’s character, Nana. What makes this film interesting and stand from the rest is as the title suggests: it is all self inflicted. She gave up being a housewife and mother in order to pursue her true goal, but kept spiraling out of control when it was failing.

Sure, the hostile environment and several men add to this internal and external conflict, but here is a woman who is making her own choices and the result ends in suffering caused upon her.

Despite a grim subject matter, Godard was one of the ‘it’ filmmakers of that time; he manages to keep our interest due to his assured direction. And as a result, we got a character, style, and film all synced, which continues to stay in our head due to the self-caused suffering of this modern woman.

Probably the most feminine film on this list and the only one (sadly) directed by a woman, Chantal Akerman. The film as follows Jeanne, played by the unparalleled Delphine Seyrig, as she does her daily routine of chores, cooking, being a mother, and acting as a prostitute for male clients.

Over the course of three days, we experience the static and stale world of Jeanne. We have patience for her, and we care for what she does no matter how routine and mundane it is. It isn’t until the second day where the routine gets shaken up a bit, and the third day where she murders her client, that we see the bigger picture.

After almost three hours of long static takes, we are shocked by this event. We can slowly comprehend that this woman was dying on the inside, had no real connection to the real world, and hated the situation she was in.

The film’s style and content are perfectly matched for the oppression of women and the structure of one’s narrative in life. After the film ends, that’s when the real conversation starts about what this woman was truly going through.

What better way to suffer internally than love? An all-female cast led by Margit Carstensen, Irm Hermann, and Hanna Schygulla in Rainer Werner Fassbinder’s cinematic and theatrical experimentation of love. From the over-the-top costumes to the lavish set design, it shows that in this case, we are so grounded in the relationships, the agony, and suffering of receiving and giving love.

Based off of his own play and told in five acts, Carstensen, Schygulla, Hermann as well as Gisela Fackeldey, Eva Mattes, and Katrin Schaake grace the screen. Fassbinder explores how these women come and go in the lives of each other, and their dealings of loneliness, longing for love, isolation, claustrophobia, and the meaning of holding on to one another. Take the line, “Lie to me”; these characters just need someone else in their lives, almost a co-dependency as not to suffer and diminish alone.

In Fassbinder’s robust career and examination of women trying to succeed in their lives and loves, those themes are never more forefront than they are here. Every element of filmic storytelling is on display and almost every emotion shows up in one way shape or form amongst these six women, showing it might be the quintessential film for women in suffering, especially in an all female world.