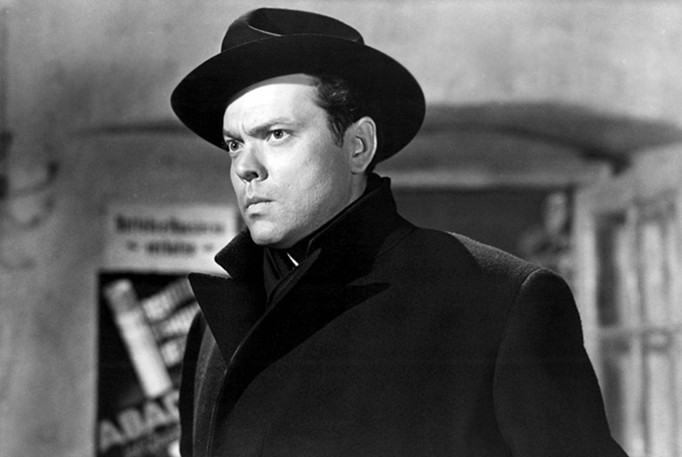 In a “Law and Order” episode from 2005, A.D.A. Jack McCoy is questioning a man accused of having caused multiple deaths by selling fake vaccines to doctors. Out of the blue, McCoy asks him if he remembers the film “The Third Man.” What he has realized is that the carelessness for human life of the defendant is similar to the one displayed by Harry Lime in that film.

We can say that Harry Lime has become a quintessential depiction of evil in cinema. His cunningness is matched only by his cruelty and out of all the smart villains in cinema history, his case seems particularly striking, perhaps because he works in the shadows for the vast majority of the film and then makes a grand entrance. It certainly does help that he is played by Orson Welles, who among other things was known for injecting his characters with a particular charisma.

“Oldboy” is a tale of vengeance. Oh Dae-su is taken captive in a mysterious prison for 15 long years without a single clue on why he is being punished, assuming he is being punished for something at all. He patiently plans his escape but finds himself suddenly freed. He then starts a path of fighting and investigating, and at a certain point of the film he actually seems to be prevailing, since he founds out the reason the mysterious Lee Woo-jin has imprisoned him, and he even finds a woman to love. The final showdown, however, reveals that he has been manipulated ever since he got out of the cell.

The details of Lee Woo-jin’s plan make him worthy of an high spot on this list: instead of rushing his vengeance, he cultivates his hatred and patiently sets an elaborate plan that manages not only to punish Oh Dae-su, but also to make him commit an act of unthinkable horror, linked to the original reason why the two crossed paths.

6. Hannibal Lecter (The Silence of the Lambs)

Technically, the title of villain could be argued to be unfitting to the character of Hannibal Lecter as played by Anthony Hopkins. He certainly is evil, as villains are supposed to be, and his intentions are rarely turned to the benefit of other people. But a villain is also supposed to be the main antagonist of the principal character, and the appearance of Lecter in “The Silence of the Lambs” is that of a supporting character to Jodie Foster’s agent Starling, whose real enemy in the story is serial killer Buffalo Bill.

This does not change the fact that Lecter became the most memorable part of the movie, spanning two sequels with Hopkins (where, again, he is more of an evil protagonist than a villain). As far as this list is concerned, his cleverness is never put into doubt. His rational nature is accompanied with a vast culture and knowledge, which only add to to the complexity of his character. A killer, yes, but a classy and extremely smart one.

Sometimes a role is so great that it immediately elevates an actor to an iconic status and puts him in the A-list. This is what happened to Christoph Waltz. Hans Landa is humorous, terrifying, inhuman, sympathetic, and many other things at the same time.

Adding the fact that he fluently speaks various languages, it is easy to see how he was an exceptionally difficult role to cast, to the point that Tarantino was ready to abandon the project unless he found the perfect man for the role. Waltz delivered, and gave us a portrayal that even today keeps surprising the spectator for its many facets.

Landa is a professional who always seems to have a profound understanding of the situations he is in, especially compared to the other Nazis, who are immersed in their thoughtless racism and patriotism. His main trait is awareness, and that makes him as dangerous as he is smart.

HAL 9000 is much more terrifying than the average antagonist, due to its literally inhuman nature. HAL is a machine, built to serve men on the Discovery One, until it starts to independently make decisions and trick the crew.

It is a chilling choice for an antagonist, even aesthetically, with its iconic red camera eye. Its cunningness and ruthlessness come from its technological nature, which only adds to its presence (or absence of presence) as a villain to the crew. As the other villains on the high spots of this list, HAL comes off as particularly smart because it transcends human limitations and becomes a relentless force to deal with.

3. The Joker (The Dark Knight)

The most iconic movie villain of the 21st century, the Joker (his real name is never revealed) as portrayed by Heath Ledger in “The Dark Knight” presents himself as an agent of chaos, as he says during his speech to Harvey Dent.

At first glance, he certainly is a bringer of chaos, but that shouldn’t fool the audience into forgetting how meticulous and well thought out his plans are. A long series of details have to perfectly match in order for everything to work out the way he intends to, and that invariably happens: he convinces the mob to hire him, he manages to get arrested in order to get inside the police station where he needs to be, and then forces Batman into an impossible choice that ends tragically.

Finally, his demise isn’t really one: sure, the people of Gotham on the ferries prove to him that there’s still good in the city, but his hidden weapon, the transformation of Harvey Dent into Two-Face, still manages to prove his point about how easy it is to corrupt a soul. A villain who seems to have everything planned, all in the name of a twisted ideology.

Kevin Spacey appears as the killer in the third act of the movie, when he unexpectedly surrenders to the police. This is actually part of the final portion of his plan, which is supposed to complete the series of seven killings inspired by the seven cardinal sins. The detectives, played by Morgan Freeman and Brad Pitt, spend most of the film trying to decode the clues he leaves with his victims, who are killed as a punishment for the particular sin they committed.

At one point they are able to discover his apartment, where an enormous number of journals are found, full of his elaborate notes and thoughts. Each individual killing requires extreme work down to the last detail and years of planning in order to fit the timing and reasoning behind the murders. The only thing that matches his intellect is the lack of pity he employs in order to satisfy his distorted sense of divine justice. 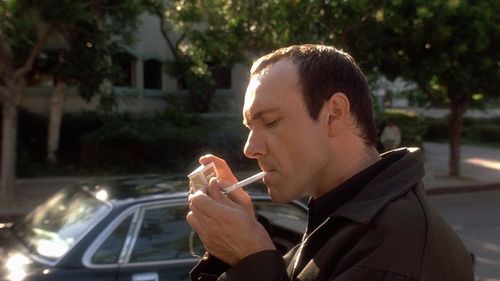 The first spot on this list goes to another Kevin Spacey character from a 90’s movie, proving how in his heyday Spacey was capable of putting one great role after another in his filmography.

Obviously, the peculiarity of this villain is that he spends most of the film pretending to be someone else, the loser Verbal Kint, who recounts to the police what has happened to the “suspects,” and also goes into some detail talking about legendary criminal Keyser Soze. An almost otherworldly or satanic figure, Soze is the criminal mastermind behind the main heist of the movie.

After Kint’s interrogation, many doubts remain about Soze’s identity, until the very last scene. The reveal that Kint is actually Soze not only confirms the skills of the villain but also his incredible intellect: he has everyone fooled, easily avoids being caught, and can continue with his criminal life, untouched. Rarely a villain has proved to be so many steps ahead of the people after him.