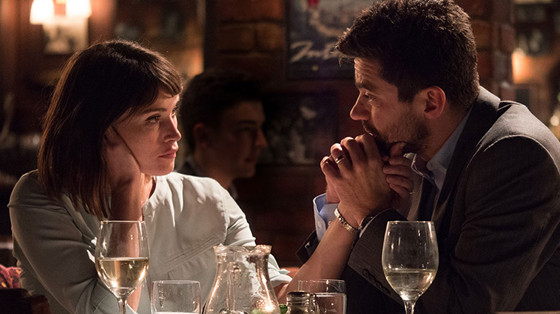 Dominic Savage’s comeback to the big screen is a heavy drama about self-exploration and regret. The Escape isn’t relatively new in terms of premise and story. But what made it good is it didn’t try to be unique. It’s very contained and grounded to what it wanted to tell the audience.

A housewife named Tara (Gemma Arterton) grew cold and tired of her life when she felt stuck into a lifestyle she can no longer bear. Taking care of the kids, bored at home, doing all the errands while her womanhood seemed to be reduced to being a pleasure-giver to her overworking husband Mark (Dominic Cooper) isn’t the life as a wife and a mother she thought she’ll go through.

When Tara’s patience was put to the test, she ran away, left her family behind and seek for a new chapter. As she tried to start over and make up for lost time, she realized that things aren’t as easy as it may seem, just in time for regrets to start sinking in.

Gemma Arterton put up a very captivating performance that proves why she’s one of the most underrated and under-appreciated actresses working today. A movie that is intended to tell the story of a gloomy woman seeking for meaning in life and represent a sorrowful soul, Arterton simply embodied those definitions and carried it from start to finish that made The Escape one of the best drama films of the year.

Andrew Haigh continues his streak of acclaimed projects, this time with a heart-warming story of a struggling teenager who found an unexpected bond with a racehorse named Lean on Pete who’s on his last phase. Thanks to a consistent pacing and wonderful performance by Charlie Plummer, Lean on Pete became one of the best films of the year.

This film is able to hit all strides in portraying what an uncertain young man’s journey could be. From being a bashful kid to a journey man, the development of Charley’s character (Plummer) alone is worth watching and makes you cheer for his every single victory.

The balance of juvenile yet independent attitude of the lead made this movie very true at heart and very prime example of simplicity being the twin of elegance. The way Charley was portrayed on screen is so lovable that the titular character no longer needs a mention and the film will still be poured with praises. 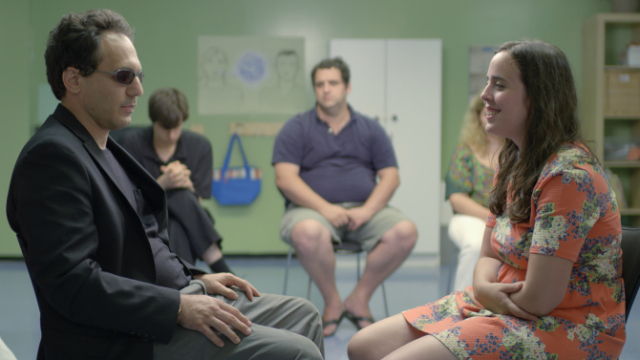 Rachel Israel’s feature film debut is one of the best romantic films this year and that’s quite a statement. With countless entries in the romantic genre every year, including 2018, this movie is among the top class. This movie shows an unconventional love story of two people with autism played by real actors with autism. Talk about authenticity and realness in nature, this movie is top notch.

Keep The Change is a bright New York love story about David and Sarah, both with autism, who first met each other at a support group for people with mental disabilities. The contrast between the two leads is so established that made their wanderings even more interesting. David has quite a unique sense of humor who tries too hard to be normal as he continues to find the right girl.

On the other hand, Sarah is totally carefree and jolly but was caught in the middle as David developed a desire to win her heart from a previous lover who also belongs in the same community. This experience opened a new perspective in David’s life that taught him a very valuable lesson.

Writer and director Rachel Israel made this film as authentic and grounded as possible as she has been friends with the cast for quite a long time and the relationship with this community is felt throughout the film. It showed the heart of people with these conditions and it respected them, giving them their own identities as human beings that can also deliver on the big screen. Keep The Change isn’t just a charming movie but an inspiring character study as well.

Cory Finley’s directorial debut is nothing short in weirdness, awkwardness and fascination, all in the most positive reason. In a very secluded film, its trio of stars gave spectacular performances that made this film as great as it could be. Ana Taylor-Joy, Olivia Cooke and the late great talent Anton Yelchin along with Finley’s thoroughly dissected script brought out the rawness of this story that is far better than you would expect from a first-timer.

This vastly eccentric narrative is about former friends Lily (Taylor-Joy) and Amanda (Cooke) who found themselves stuck with each other again with their own set of personal conflicts. To subdue one of Lily’s problems, they would need the help of a small-time drug dealer Tim (Yelchin) to put a deadly plot into succession. Everything went awry as Tim bails out and the two ladies are left to execute the plan themselves.

This dark and sardonic movie has a very interesting development emphasized by great pacing that started out as an awkward light tale and slowly turned funny until it went completely dark. The tone and ambience of shot after shot is so pronounced that they helped the audience cope up with the movements the story goes through. This is definitely one of the best films this year, not just in the independent and underrated class, but in all of movies in general.

The debut feature film by documentary filmmaker Jennifer Fox isn’t just a hit, but it is the bravest and most powerful film of the year. Written and directed by Fox herself, The Tale tackles her own sexual abuse experience through the hands of her coach at the age of thirteen that she shelved for decades until her mother discovered this truth through her own writings in a form of a love story that she herself, can’t even recall writing.

This heart-breaking and triggering film is the most important film today not only because of it siding with the #MeToo and #TimesUp movements but also because it finally tells the truth about the worst possible way of sexual abuse: the power of manipulation. In most movies and programs that tackles sexual harassment, it is always framed with the use of force and battering but rarely is manipulation portrayed as ‘the method’.

This relates to the society’s judgement that the people won’t even bother knowing whether a victim is manipulated or taken advantage of the situation. It always come back to the victims that if they let these sexual predation happen to them means it is their own fault. The Tale will surely strike the head of those who think that way.

With outstanding performances by Laura Dern as the adult Jennifer and Isabelle Nélisse as the 13-year old Jennifer, this movie is poised to be relevant everyday moving forward. Even though it’s released through HBO, it’s more than just a TV movie in quality and message.

It will be one the biggest snubs if it won’t win the best Television film in the upcoming 70th Primetime Emmy Awards. If someone would ask for a great movie recommendation from this year, The Tale is first in line, no other one.

Author Bio: Joel Peraz aka Owel is a film enthusiast, movie reviewer and a radio sound editor from Manila, Philippines. Owel is a big fan of independent and romantic films that often break hearts. Fun Fact is, Owel never goes to the Cinema with someone.