Every year since 1929, Hollywood has gathered together on one night of the year to recognise excellence in cinematic achievements. Twenty four awards are given out, with their recipients voted for by thousands of Academy members.

The most sought after and recognised award is that of the Best Picture award with the nominees in that category considered to be the best of the best – the films that show the pinnacle of filmmaking that year.

Recently the 90th Academy Awards took place with The Shape of Water winning the highest accolade of Best Picture. As with every Best Picture award given out, there are those who feel that another film was more deserving or that another film has lost out. And with the awards celebrating their ninetieth year – there are bound to be films that the Academy did not make the right choice on.

A Best Picture winner should essentially not only be the best film of the year, but it should also be a film that stands the test of time and can be looked back on as an example of excellent filmmaking.

With that in mind, this list looks at a number of Best Picture winners that may now be considered overrated. This is especially when viewed next to the other nominees of that year. This does not mean that the following films are bad or not great viewing, but there are films from the same year that just pip them to the post as the best film of the year.

Slumdog Millionaire was a massive hit with both audiences and critics, starting off as a sleeper hit and eventually earning $378 million at the box office. It was named in various top ten lists in its year of release and widely nominated. At the 81st Academy Awards in 2009, it was nominated for ten Academy Awards and won eight including Best Picture against The Curious Case of Benjamin Button, Frost/Nixon, Milk and The Reader.

As well the controversy surrounding it, some critics have reappraised Slumdog Millionaire as being a mediocre film with a weak story and unrealistic plot. Suffice to say, Slumdog Millionaire’s Best Picture status now seems overrated at best. 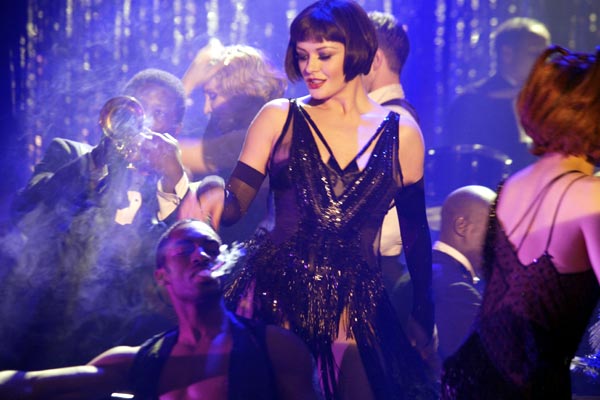 In the early 2000’s, musicals saw a brief re-emergence in Hollywood with one of the most successful ones being 2002’s Chicago. Chicago received universal acclaim and was a box office smash. At the 75th Academy Awards in 2003, Chicago received thirteen nominations, winning six awards including Best Picture. The other films in the Best Picture category were Gangs of New York, The Hours, The Lord of the Rings: The Two Towers and The Pianist.

A glitzy and entertaining spectacle at the time, Chicago boasted good performances especially from Renee Zellweger and Catherine Zeta Jones. But can anyone honestly look back at that year and declare that Chicago was the best film of the year? In all honesty, who has even watched Chicago or talked about it in the last decade?

Who should have won? The Pianist. Roman Polanski’s World War II film shows a bleak and unflinching portrayal of the Holocaust, and is a powerful and deeply upsetting film that stays with you long after you have watched it.

The King’s Speech is to the Academy voters as catnip is to cats. Namely it’s a British, historical drama, and this genre of film often goes down very well at the Academy Awards. At the 83rd Academy Awards in 2011, The King’s Speech won four awards including Best Picture. It was up against 127 Hours, Black Swan, The Fighter, Inception, The Kids Are All Right, The Social Network, Toy Story 3, True Grit and Winter’s Bone.

Who should have won? The Social Network. Director David Fincher’s collaboration with screenwriter Aaron Sorkin is seen as one of the greatest collaborations of recent filmmaking times. Excellent editing, writing and direction made The Social Network one of the best films of the last ten years, and with its incredibly relevant and topical subject matter – many felt that it should have won Best Picture.

At the age of 81, Jessica Tandy became the oldest actress to win an Academy Award due to her turn in 1989’s Driving Miss Daisy. Driving Miss Daisy was also nominated for eight other awards at the 62nd Academy Awards in 1990 including Best Picture which it won against Born on the Fourth of July, Dead Poets Society, Field of Dreams and My Left Foot. The film was received well at the time, by both critics and audiences with particular emphasis on the central performances by Jessica Tandy and Morgan Freeman.

In spite of Driving Miss Daisy’s positive reviews and great performance at the box office, it is often accredited as one of the Academy’s weakest Best Picture winners due to it being seen as a rather bland and safe choice. When comparing it to the other nominees in the Best Picture category, Driving Miss Daisy is a nice but ultimately forgettable film.

Who should have won? Dead Poets Society. With a stellar performance from Robin Williams and a story that inspires every new generation who sees it, Dead Poets Society has the lasting power that will make anyone want to stand atop a desk and fight for what they believe in.

Alejandro G. Inarritu’s dark comedy film took home the top prize at the 87th Academy Awards in 2015. Often referred to as the ‘one shot wonder’ film, Birdman was praised for its cinematography and cinematic trickery – its filmed to look as though it is one continuous take but is actually the result of clever editing.

Birdman also won Best Director, Best Original Screenplay and Best Cinematography. Birdman was up against American Sniper, Boyhood, The Grand Budapest Hotel, The Imitation Game, Selma, The Theory of Everything and Whiplash in the Best Picture category.

Birdman is not a bad film by any stretch of the imagination but primarily it is more of a great vehicle for its lead Michael Keaton and should have won for Best Actor rather than Best Picture. It is hard to say whether Birdman will be a film that people still talk about in twenty years’ time, and a Best Picture should be a film with a lasting legacy and impact.

Who should have won? Boyhood. Director Richard Linklater’s Boyhood was filmed over twelve years which in itself is a monumental achievement, but Boyhood has a timeless quality and showcases filmmaking that is elegant, beautiful and moving. It certainly won’t be surprising if Boyhood is still talked about and appreciated in years to come.