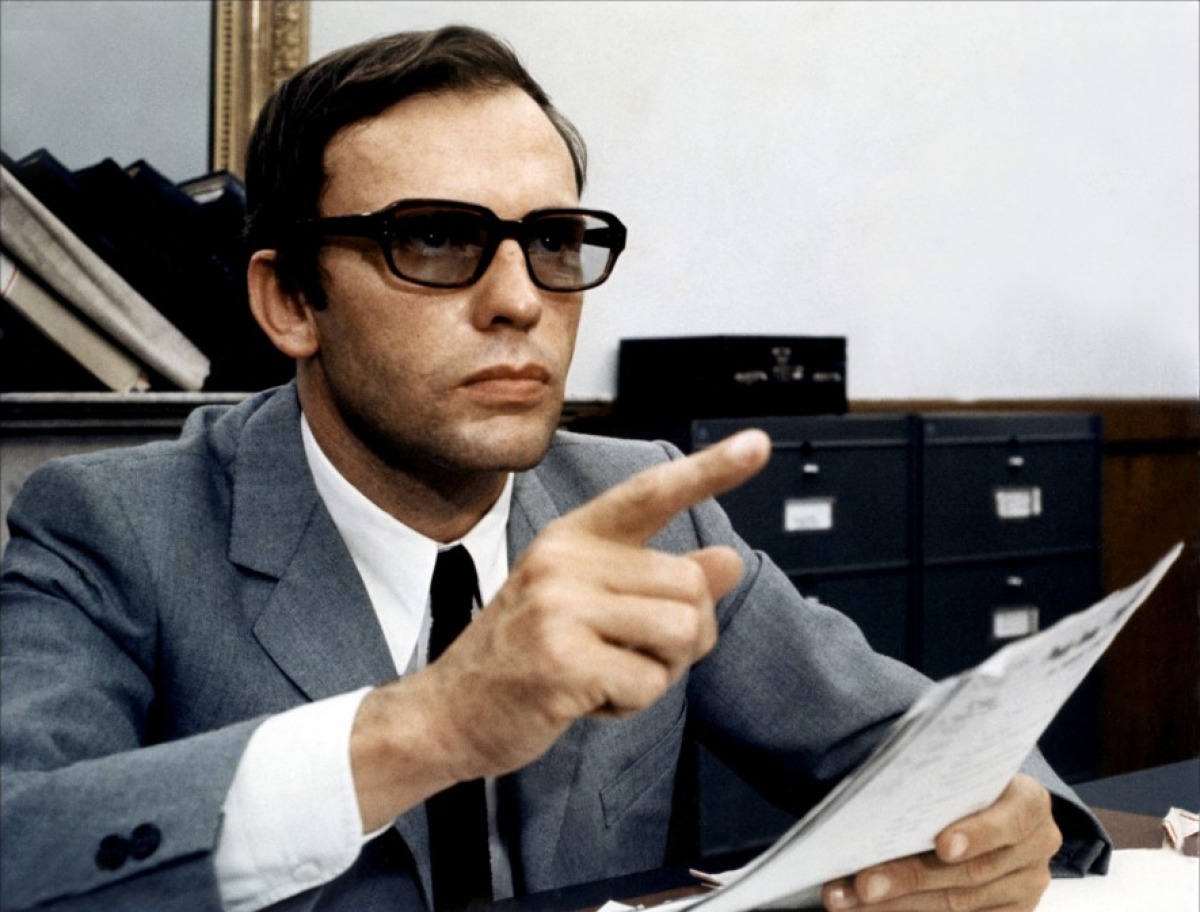 In an unnamed country ruled by the authoritative right-wing government, an influential representative of the opposite party – The Deputy (Yves Montand) – is killed by being hit on the head with a bat by two members of an anti-communist militia, who cooperate with the ruling party during the rally. To avoid scandal, the government claims he was killed during an unfortunate traffic accident. The Examining Magistrate (Jean-Louis Trintignant) and Photojournalist (Jacques Perrin) decide to uncover the truth.

The plot of “Z” (1969) strongly resembles the real-life shocking assassination of Grigoris Lambrakis, the Greek opposition’s party politician during the time, when Greece was governed by an oppressive military junta. It is a mesmerizing political thriller with a little sprinkle of black comedy on top of it, which makes the séance a unique and gripping experience. It’s hard to imagine that such sinister, but at the same time also absurd events really took place.

“Z” has one of the most soul-crushing ending of all time, which could really make you angry to the point of throwing an object at the wall. Costa-Gavras directed a true political film masterpiece that is sadly still realistic with its depiction of the hatred fueled by governments to the people, who think differently.

Marcello Clerici (Jean-Louis Trintignant) had only one goal – he wanted to fit in and be just like everyone else during the era of fascism. He marries Giulia (Stefania Sandrelli), a young naïve woman and the walking definition of middle-class average, and decides to become an agent of the fascist Secret Services. He receives an order to eliminate his left-wing ex-college professor (Enzo Tarascio) in Paris, but the mission gets complicated when Marcello falls in love with Anna (Dominique Sanda), the professor’s wife.

Bernardo Bertolucci’s masterpiece “The Conformist” (1970) stands as a philosophical and universal examination of social conformism, of which Marcello is a symbol. He’s devoid of any signs of individualism and is emotionally empty.

When fascists reign, he wants to be a part of the system, not because he particularly believes in the ideological mission of fascism, but because he doesn’t want to diverge from the rest of society. However, when the system collapses, he is the first to come out on the streets to watch the falling statues of Mussolini. His marriage with Giulia is called off for the same reasons – to avoid any suspicions of being different in any way from the rest.

“The Conformist” was and still is a subject of many interpretations and analyses. Its impeccable visual technique was a major inspiration for the New Hollywood directors. The movie stands as the most spellbinding film from Bertolucci and the role of Marcello is one of the best acting works from Trintignant.

3. The Battle of Algiers

The complicated political subject of the Algerian War of Independence was the basis for this movie directed by Gillo Pontecorvo, which could be described with only one word – perfection. It was made only four years after Algeria had finally regained their independence from France.

“The Battle of Algiers” focuses on the National Liberation Front’s rebellion against the French, which took place in the capital city of Algeria between 1954 and 1957. It is famous for the complex portrayal of guerilla warfare and its breathtaking, documentary-like black-and-white cinematography by Marcello Gatti, which was strongly inspired by the works of Italian neorealism.

Pontecorvo sticks strictly to the facts and doesn’t really favor any of the two sides of the conflict while presenting the various atrocities that both NLF and the French Army committed during the conflict. It creates the specific narrative experience, which is closer to watching a newsreel than a feature film, and this is what distinguishes it from any other. The director’s own past as a partisan leader during World War II and a journalist definitely had an influence on the powerful final effect of the movie. 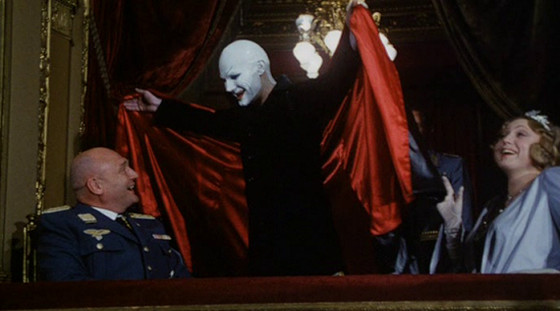 When the National Socialists win democratic elections in Germany, a driven (strictly by his own ambitions) stage actor, Hendrik Hoefgen (Klaus Maria Brandauer), finally becomes a star after years of unsuccessful attempts to become a well-recognized name. Nazi politicians are thrilled with his role as Mephisto in a stage adaptation of “Faust” and offer him a role in the new ruling system at expense of his own beliefs.

“Mephisto,” directed by István Szabó, is a frightening tale about political opportunism. Hoefgen, despite playing the role of Mephisto, just like Faust in Goethe’s play, sells his soul to the devil in order to become somebody in a world of nobodies. It is also a insightful sociologic portrayal of the bond between art and politics, and how the propaganda machine worked in the times of Nazi Germany.

Klaus Maria Brandauer had the role of a lifetime as the unprincipled Hoefgen. He electrifies the viewers every time he appears on the screen, and it’s morbidly fascinating to watch his character progressively get worse while fading into moral oblivion.

Stanley Kubrick’s filmmaking talent has no limits. He made real masterpieces in various genres such as noir, war film, horror, science fiction, period drama, not to mention his political comedy film “Dr. Strangelove,” an adaptation of a “Red Alert” by Peter George.

The demented and paranoid American General Ripper (Sterling Hayden), without any order given from his superiors, sends a B-52 bomber armed with an atomic warhead to destroy military bases in Russia. To prevent World War III, U.S. President Muffley (Peter Sellers) convenes a meeting with his advisors and generals at the Pentagon. The situation gets even more complicated when the truth about a Russian “doomsday device” is revealed – a computer system that will release all the nuclear missiles in the time of attack, destroying life on Earth in the process…

“Dr. Strangelove” is a movie that is equally funny satirical comedy and nerve-wracking political thriller, set in time of the Cold War – a specific time in history when humanity was never closer to nuclear annihilation.

The film is also a display of Peter Sellers’ comedy talent, who acts as three characters: President Muffley, RAF Captain Mandrake, and the eponymous Dr. Strangelove – a wheelchair-bound ex-Nazi scientist who is one of the president’s advisors.

The most bizarre sequence in “Dr. Strangelove,” where Major Kong (Slim Pickens) is riding a falling nuclear warhead like a rodeo star, became an important part of pop culture.

Author Bio: Antoni Urbanowicz is a Film studies graduate, defending a thesis about exploitation movies. He is a dedicated cinephile, avid reader and 80’s pop culture enthusiast. His taste of cinema ranges from Z-class trash to world-class masterpieces.