Comfort, security, and shared values are amongst the finest qualities of a healthy society, majority rule keeps people placated and cozy. Many great and enduring horror films are assembled on the fear generated when the protagonists find themselves ousted from the majority, at odds with the lunatic fringe. Instead it is they who are detached, ousted from their comfort zone, while the crazies hold dominance.

The following list looks at the finest and most frightening examples of horror films about cults, and at the end of the list are several Honorable Mentions to continue the paranoia and upset that the fringe dwellers ferry with them. Proceed with caution. 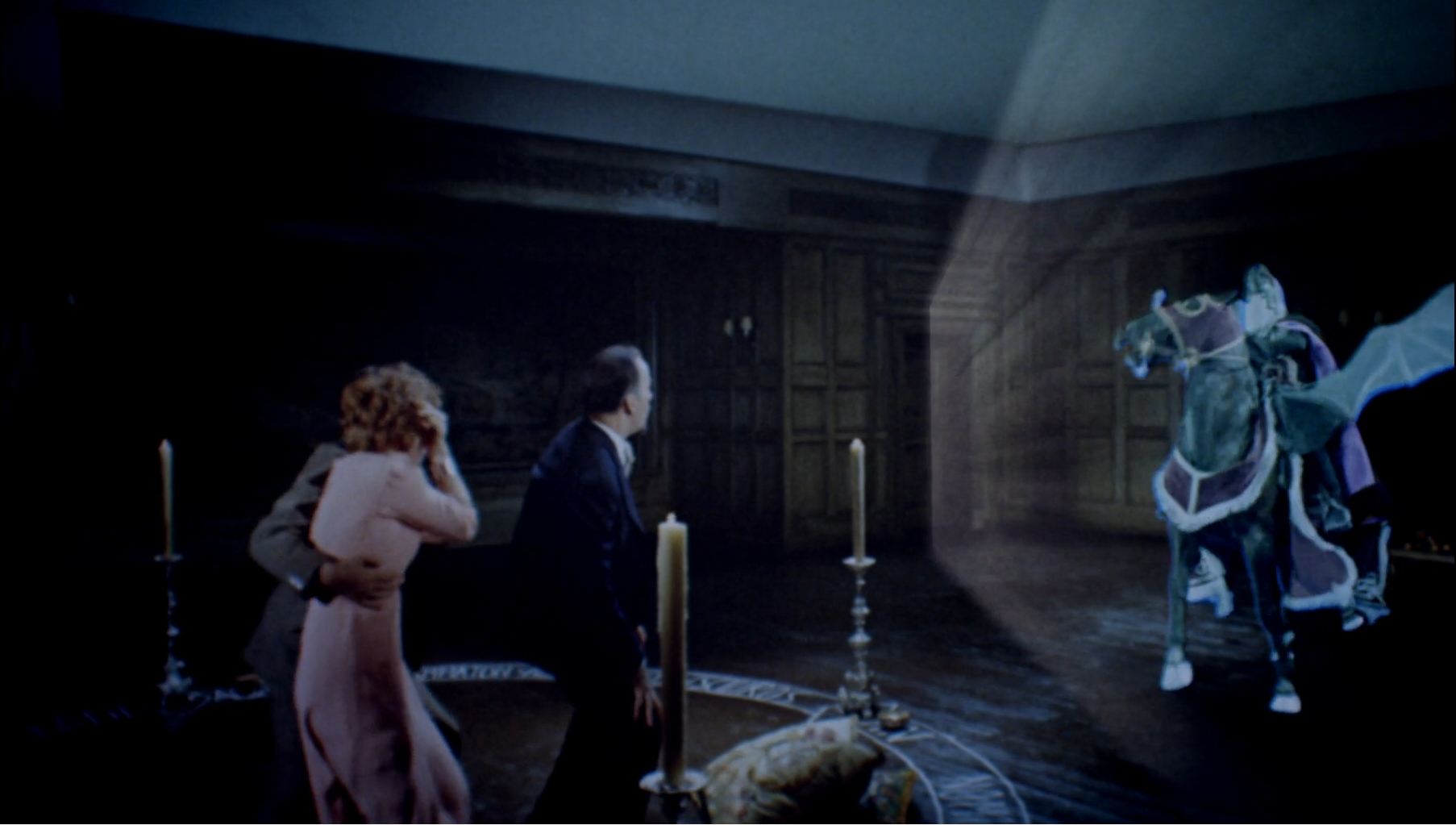 Based on the 1934 Dennis Wheatley novel, director Terence Fisher (The Curse of Frankenstein [1957]) and screenwriter Richard Matheson (best known as the author of such classic horror and sci-fi works as 1954’s “I Am Legend”) made The Devil Rides Out for Hammer Films, an effective fright film that finds one Duc de Richleau (Christopher Lee) trying to outwit some occultist initiates out to summon God’s Fallen Angel.

Frequently regarded as one of the most frightening films in the Hammer canon, it was released the same year as the similarly themed occult classic from Roman Polanski, Rosemary’s Baby (which of course you’ll find near the top of this list), though Fisher’s is on a much smaller scale and with more of an interest in melodrama.

An astonishingly effective dinner-party-from-hell maze of mental anguish, Karyn Kusama’s The Invitation is a superb slow-burn thriller. Will (Logan Marshall-Green) is attending a dinner party at his former abode in the Hollywood Hills, and begins to suspect that the hosts, Eden (Tammy Blanchard), who’s also his ex-wife, and her New Age-y new man David (Michiel Huisman), may have some nastiness in store for the assorted guests, or at the very least some rather blatant cult-recruitment into the budding new California trend dubbed “the Invitation”.

Set in 17th-century France and partially inspired by both Aldous Huxley’s 1953 novel “The Devils of Loudun” and John Whiting’s 1960 play “The Devils”, this film is the grandaddy of messed up, maniacal nun movies.

Directed and adapted for the screen by Ken Russell (Altered States [1980]), this disturbingly violent, psychosexual chiller, originally given an X rating, was accurately labelled divisive and too transgressive back in the day, but in recent years has been reappraised and is now rightly viewed as a gripping and influential cult classic.

Oliver Reed is Roman Catholic priest Urbain Grandier, a real-life historical figure who was burned at the stake for witchcraft following his involvement with the “Loudun Possessions”. Also in the principle cast is Vanessa Redgrave as Sister Jeanne of the Angels, a sexually repressed nun and Michael Gothard as Father Pierre Barre, a “professional witch-hunter” whose effed up idea of an exorcism involves holy water enemas.

An epic religious horror movie, The Devils is also fittingly opulent with a powerful production design from Derek Jarman, this is a fearless film that doesn’t pull any punches in its depictions of depravity, provocation, and the abuses of power.

After the death of her reclusive grandmother, Annie Graham (Toni Collette) starts to see her family unravel as their mysterious past meshes with their chaotic and ever-fracturing present. Aster offers an unpredictable horror film that begins like a familiar haunted house movie before spiralling into the underworld; a vision so bleak, bloody, and compelling that fans of cult-tinged terror like Kill List (further on down this very list) will be pumping their fists, when not cowering behind their popcorn, of course.

Shot with a meditative pace, one punctuated with deliberate camera movements and several, standout long takes, not to mention an absolutely chilling score from Colin Stetson, Hereditary builds and builds to the kind of Grand Guignol go-for-broke climax fright fans often ask for but so rarely receive.