A crime-ridden 1980’s Los Angeles is dealing with a completely new type of problem. Villainous slug-like aliens came from space to possess the bodies and minds of randomly selected people to wreck total chaos on the streets, preferably to the tunes of heavy metal music.

Hard-boiled police detective Beck (Michael Nouri) is assigned to work with eccentric FBI agent Gallagher (Kyle MacLachlan) to stop the killing spree. Beck doesn’t know that Gallagher confronted an alien invader in the past, in a distant part of the galaxy…

“The Hidden” is an energetic, fast-paced, buddy-cop action film with a sprinkle of science fiction horror on top of it, which makes the movie a very tasty and refreshing combination. It starts with a bank robbery and an exciting car chase sequence, and because it’s not really slowing down afterward, it’s impossible to get bored with this film.

MacLachlan is wonderfully cast as the weird but likable Gallagher. His role in “The Hidden” is a specific acting trial for another role of an idiosyncratic lovable FBI agent, which of course is Dale Cooper from the legendary “Twin Peaks.”

In the deadly year 2024, decades after the nuclear holocaust, Vic (Don Johnson) and his telepathic dog Blood (voiced by Tim McIntire) have a peculiar alliance. Vic is responsible for looking after the food, and Blood for tracking females for Vic.

In the desolate outskirts, they find the mysterious Quilla June Holmes (Susanne Benton), with whom Vic falls in love. Despite Blood’s warnings, Vic decides to follow her to the underground region, where a secret totalitarian government prepared a sinister fate for him…

“A Boy and His Dog” is an adaptation of the famous sci-fi novella by Harlan Ellison and directed by L.Q. Jones, who is known for his acting work in various westerns. The film is a forefather of the grim depiction of a post-apocalyptic society, desert-based and plagued by numerous vicious and primitive gangs. It also had a major influence on the cult video game “Fallout” series.

However, in the second half, the movie turns into a dystopian thriller with its presentation of a bizarre underground society, which is heavy stylized on pre-World War II America.

A rocky friendship between a young man and his telepathic dog is made very believable because of the bromance chemistry between the unusual duo. The audience roots for them despite the fact that they don’t always follow moral values, but this is the core of the post-apocalyptic world – only the strongest and not necessarily the most righteous ones will survive in the harsh reality of nuclear wastelands.

Trans-humanism is a favorite subject of sci-fi films, strongly popularized by such movies as “Robocop” (1987) or “The Terminator” (1984). One of the weirdest films that deals with the theme of combining a man with a machine is the Japanese underground classic “Tetsuo: The Iron Man.” The movie is directed by Shinya Tsukamoto, who’s also known for his acting work in Takashi Miike’s “Ichi the Killer” (2001) and Martin Scorsese’s “Silence” (2016).

The movie’s sort-of plot revolves around Salaryman (Tomorowo Taguchi) and his progressive and gruesome transformation into a machine – an act of vengeance perpetrated by the Metal Fetishist (the director itself), who was hit by Salaryman’s car.

“Tetsuo” is a surrealistic body horror made strictly for an audience that doesn’t mind gore and Japanese-style madness. If you find the idea of watching a penis transform into a drilling machine appealing, then this is a movie for you.

Filmed in the style of an utterly disturbing fever nightmare, with industrial music by Chu Ishikawa playing in the background, “Tetsuo” is a hell of a wild ride. The film could be as well watched as a cyberpunk depiction of the slow dehumanization of Japanese society due to the rapid advancement of computer systems and machines. 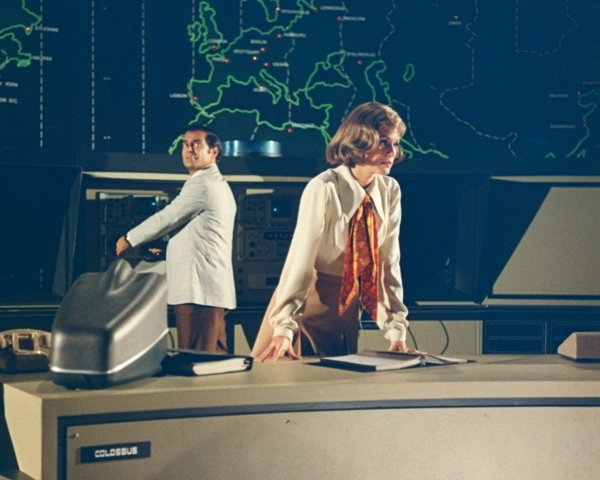 Two computers start to communicate using the language that is impossible for the scientists to decipher, and eventually Forbin decides to break the connection between them. It causes Colossus to start to make threats about destroying cities with nuclear weapons. This is only the beginning of Colossus gradually taking by force the power over U.S. and finally over the rest of the world. All of it in the name of mathematically calculated peace.

“Colossus: The Forbin Project” is a minimalistic, intelligent, and nerve-wrecking yet forgotten sci-fi thriller. It efficiently makes the audience glued to the screen from the beginning to the movie’s shocking end.

Watching sequences of ill-fated attempts taken by staff of scientists to outsmart the omniscient machine could really induce heart palpitations. Its portrayal of villainous artificial intelligence, with a taste for global domination, precedes the much more recognizable “Skynet” from “The Terminator.”

Set in the times of the Cold War, “Colossus: The Forbin Project” is still actual because of the constant development of A.I., which induces human fear, and also because of the recent diplomatic crisis between the United States and Russia.

Since 2013, rumors have been floating that Ron Howard is planning to make a remake starring Will Smith as Charles Forbin. It is our responsibility as humanity to create a supercomputer that will track and eliminate every attempt to make unnecessary remakes of perfectly fine movies. 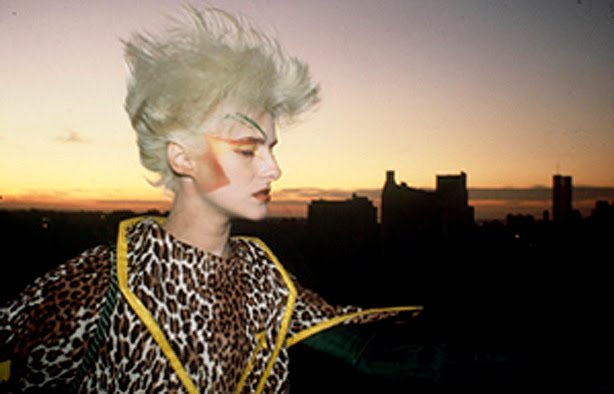 The daily routine of a model, Margaret (Anne Carlisle), and a post-punk singer/drug dealer, Adrian (Paula E. Sheppard), is made of taking drugs, spending time in nightclubs, and having sex without any obligations. Just the typical life of people who were connected to the artistic bohemia in the age of New Wave movement – a perfect time for aliens to visit Earth.

A spacecraft lands on the rooftop of Margaret’s and Adrian’s apartment, which starts a chain of strange events. Margaret’s sexual partners are dying during intercourse and their bodies are mysteriously disappearing.

“Liquid Sky” became an independent cult classic immediately after its release. It’s a fascinating portrayal and examination of New York counterculture at the beginning of the 1980s. The combination of colorful costumes, eerie synth-music, post-punk mentality, and omnipresent neon lights make the movie a very authentic audio-visual postcard sent from the 1980s.

The sci-fi concept of aliens kidnapping people while having sex, because of their addiction to endorphins produced during orgasm, is as genuinely frightening as it is strongly allegorical in the context of the movie’s embedment at the end of true sexual freedom, just before the emergence of the AIDS epidemic.

A true star of “Liquid Sky” is Anne Carlisle, who plays both Margaret and male model Jimmy. She is charismatic and otherworldly as the androgynous Margaret, partly resembling David Bowie, partly Klaus Nomi. It’s one of the favorite movies of Nicolas Winding Refn and had a visible influence on his “The Neon Demon” (2016).