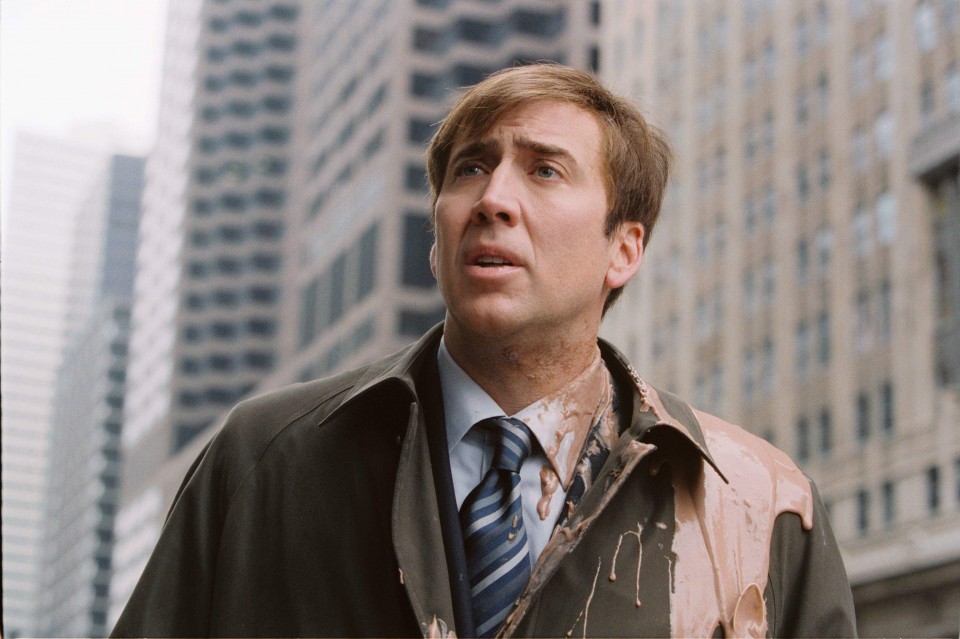 Gore Verbinski, known for the Pirates of the Caribbean franchise, has also quietly made two of the most original, artistic big budget films of the century: A Cure for Wellness and this film. Neither film is the masterpiece it strives to be, but you can’t fault them for being unambitious.

The Weather Man stars Cage as a local weatherman who struggles to deal with the many problems in his life including his dying father, his estranged wife and kids as well as pursuing a new job across the country. A little pretentious, but with a solid amount of dark humor, The Weather Man is a singularly downbeat comedy anchored by Cage’s depressed performance, as well as a great supporting turn from Michael Caine as his father. 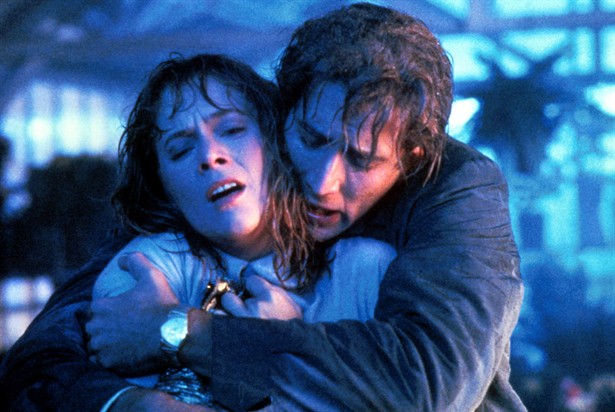 The last Coppola film that Cage appeared in, was also the best. Peggy Sue Got Married is a fantasy film starring Kathleen Turner as a middle aged woman whose life is a mess, attending her high school reunion. Cage plays her separated husband. Suddenly, Peggy Sue faints and when she wakes up, she finds herself back in high school in the 1960s, giving her a chance to evaluate where things went wrong.

Turner deservedly earned an Oscar nod in the leading role, but Cage is electric in his role as her wild and confused high school boyfriend. An unexpected treat is Jim Carrey in an early role as one of Cage’s goofy best friends, making you wonder why the two never worked together again. 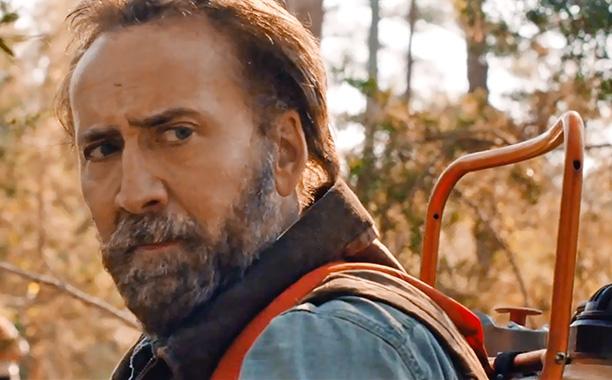 Universally considered a return to form for Cage, this indie drama stars Cage as Joe, a troubled man who takes a young boy under his wing, giving him work and protecting him from his drunk father. It is a bleak grimy film but it is made enjoyable by the lead performances of Cage and young actor Tye Sheridan.

It has been a while since Cage has tackled a character so complex and it was worth it, even if the audiences go out to see it, because it reaffirmed our faith in Cage’s talent, which had not shown through recently. 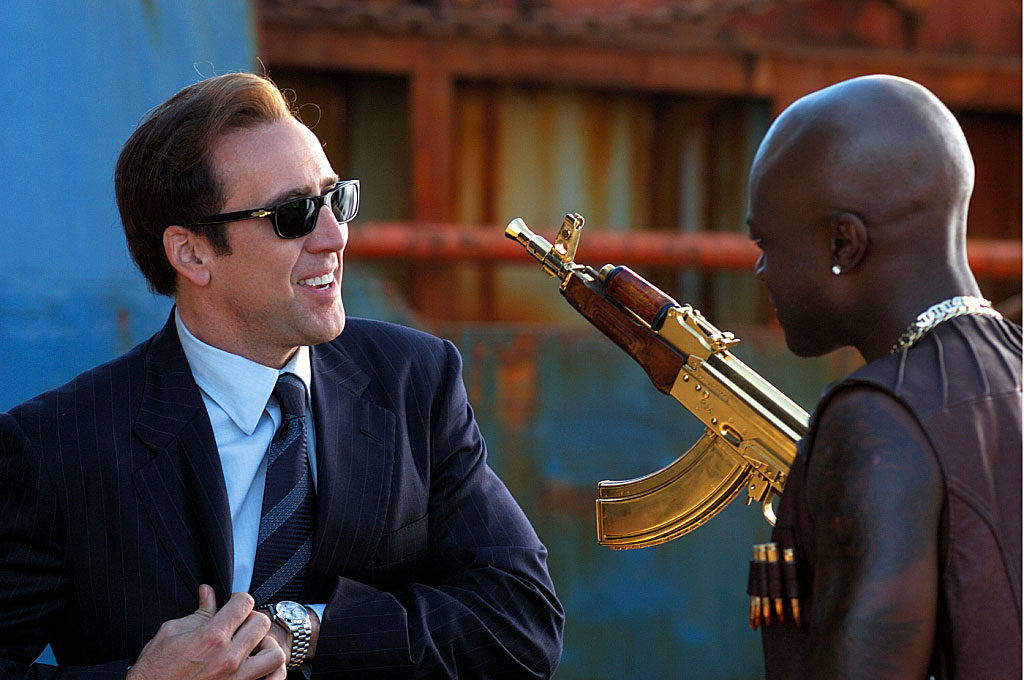 In this underrated crime drama Cage plays a Ukrainian arms dealer who along with his brother, played by Jared Leto, run an international business selling to both sides of wars. Their actions are soon targeted by an Interpol agent, played by Ethan Hawke, who tries to track down and arrest Yuri, chasing him through several countries and conflicts. It features Cage in one of his smartest, most based roles, bringing a realism to the film, which is already based on true stories.

The film itself is a fascinating look into the arms trade, especially the moral dilemmas it brings up, in how they sometimes help for the better, and how governments rely on them.

They don’t make pure adventure films anymore, only action movies which have replaced the mystery of discovery with empty plots and big explosions. National Treasure was one of the last of its kind, providing intriguing mystery mixed with exciting action and a lot of fun performances. Cage is great as the passionate history adventurer and is surrounded by a great supporting cast, including Diane Kruger, Jon Voight and Sean Bean as the villain.

The main criticism for this film is that it isn’t realistic which is a completely pointless criticism. Is there a map on the back of the Declaration of Independence? Of course, not. But there’s also not the Ark of the Covenant in Egypt and the Inglourious Basterds didn’t kill Hitler. If you just sit back and watch the movie as it is meant to be watched, you’ll be treated to one of the most enjoyable adventure films of all time. 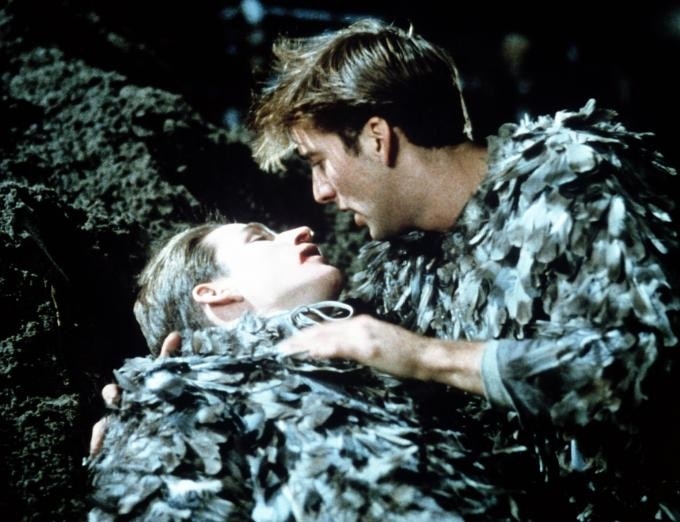 Cage’s first major dramatic lead is one of the most sincere and vulnerable performances of his entire career. In this acclaimed movie by Alan Parker, Cage stars with Matthew Modine as two teens growing up together who end up both going into the Vietnam War.

Told in a non-linear form, the film explores how they helped each other struggle through their personal problems, and finally their problems with PTSD after the war. Surprisingly, Cage plays the straight man for once in his career opposite Modine’s Birdy who is psychologically unhinged, but he is so good here that he should maybe play the part more often. 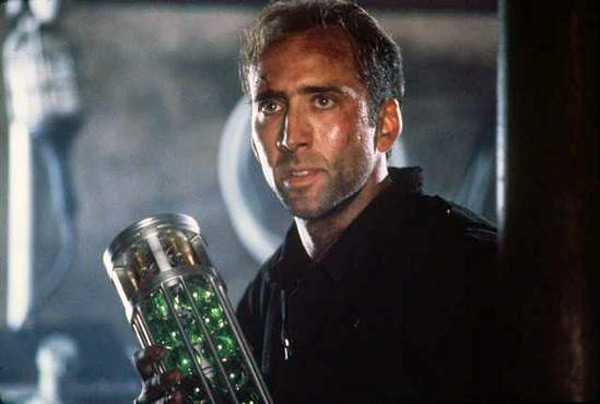 Nicolas Cage stars as Dr. Stanley Goodspeed, an FBI Agent who teams up with an ex-con, played by Sean Connery, to break into Alcatraz Prison in order to stop a militia, led by Ed Harris, who are holding the country hostage with chemical weapons. It’s over the top in all the best ways, including some of Cage’s best outbursts, combining comedy and action effortlessly. 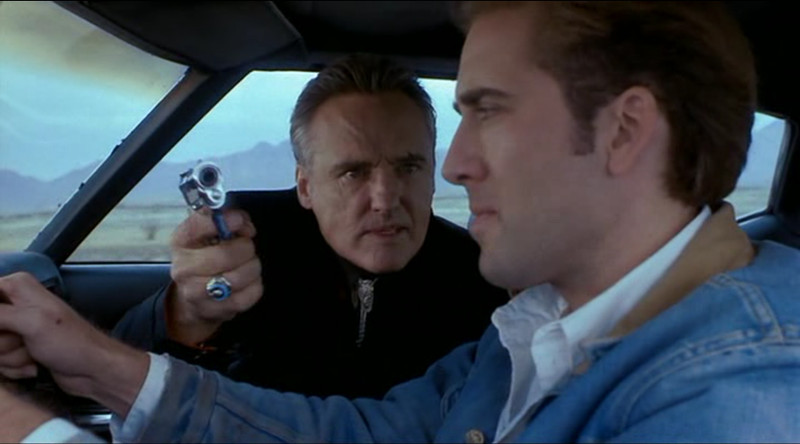 Made in the indie film craze of the 1990s among dozens of other low budget thrillers, Red Rock West is one the tightest and sharpest. Somewhere between a noir and a western, the film stars as a drifter looking for work, who becomes mistaken for a hitman. Taking the money with no intention of killing anybody, he soon runs into problems when the real hitman, played by Dennis Hopper, comes to town.

The film’s simple plot and short running time help it make its mark and not overstay its welcome. It’s the type of film that could have been fifty years earlier to the same effect, and who better than Cage and Hopper to play old-styled exaggerated characters. 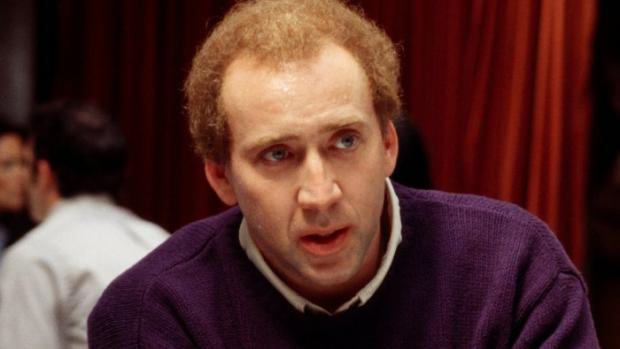 One of two films that Cage was nominated for Best Actor for, here he actually plays two characters, twin brothers Charlie and Donald Kaufman. The movie is based on writer Charlie Kaufman’s struggle adapting the Susan Orlean’s book The Orchid Thief, including inventing a fictional brother Donald.

Taking a metafictional comic turn, the film morphs into a bizarre combination of the true events surrounding the book, the writing process and a typical Hollywood thriller. The result is a one of a kind satire by one of the most original directors in the industry, anchored by Cage’s unique performances. Rounding out the cast are Meryl Streep and Chris Cooper, both also giving Oscar caliber performances.

Over the course of two years, Cage starred in three of the largest action films of the decade, with Face/Off being the final and the greatest. The concept sounds ridiculous; Cage plays a terrorist Castor Troy who is pursued by an FBI Agent Sean Archer, played by John Travolta. When he is caught, Archer switches faces with him, in order to infiltrate the terrorist organization, but when Troy wakes up, he makes the surgeon put Archer’s face on him too.

Then a complex game of cat and mouse ensues, where Cage and Travolta both have to play two completely different characters. On top of the originality of the plot and performances, the shootouts are top notch, directed by none other than action maestro John Woo.

Martin Scorsese has made several under the radar personal projects over the years and Bringing out the Dead is one the very best. Nicolas Cage plays a depressed paramedic who wanders through his shifts, with different partners to different emergencies. He meets various other troubled characters and is haunted by the poor souls who he cannot save.

It is a character study first and foremost, with one of Cage’s most deeply troubled and nebulous character, and Scorsese creating the perfect atmosphere around him. Like his After Hours, it is an odyssey of sorts and although it may not be the most exciting or popular of his films, it is one of his most emotionally powerful.

Not related to the Harvey Keitel picture from the 1990s, this Herzog-Cage film is a beast of its own. In one of his most brilliant performances, Cage plays a bad cop who is considered a hero in his community, but is ill-tempered and hooked on painkillers. He and his prostitute girlfriend, played by Eva Mendes, cruise through life drug filled, and soon Cage teams up with a gang to score more dope.

The premise might suggest that the character is bad through and through, but Herzog’s film is far more complicated than that, showing redeeming morals. It is one of the most complex character studies Cage has starred in, as well as Herzog’s best film in decades.

This sophomoric effort from the Coen Brothers is one of the funniest comedies in their entire filmography. Made with a lighter tone than most of their films, Raising Arizona stars Nicolas Cage as H.I. McDunnough, a small time crook who goes straight and marries a cop, played by Holly Hunter.

They cannot conceive, or adopt due to H.I.’s record, so they steal a newborn quintuplet from a local businessman, starting them down a hilarious spiral of crime, including H.I.’s old cellmates and bounty hunters. Cage’s hammy acting is sublime in this self-aware goofy comedy, and although it may not be as deep as some of the Coen’s masterpieces, its one of the most fun.

Hands down the most underrated Lynch film, Wild at Heart is not as mind-bending or experimental as his most famous fare, instead telling a simple tale seeped in strangeness. In a strange riff on The Wizard of Oz, Cage stars as Sailor, a rebel on the run with his love Lula, played by Laura Dern. They travel, encountering many strange people, including hit-men that her mother sent after them, but the film is more about style than substance.

Cage’s character is the bright light in the center of it, playing a dangerous, unrestrained Elvis wanna-be, and Dern’s dreamy eyed lover amplifies him. This Palme d’Or winner also features an excellent supporting cast including Diane Ladd, Willem Dafoe, Harry Dean Stanton and many more.

Often an actor wins a Best Actor Academy Award for one of their lesser roles they won’t be remembered for, such as Al Pacino or Leonardo DiCaprio. This is certainly not one of those situations, for not only is this Nicolas Cage’s best role, but one of the most powerful performances in all of film.

Filmed in a more personal style than most mainstream movies, Figgis’s picture is a hopeless portrait of two people, fed up with the world and letting themselves drown in their problems.

Cage plays Ben Sanderson, a former Hollywood exec, whose alcoholism drives away his family and career so he moves to Vegas with no intention of leaving. He meets an exhausted prostitute named Sera, played by Elizabeth Shue, who he stays with, on the condition that she doesn’t try to change him.

The unflinching despair of their reality along with the masterclass performances by the leads transform what could have been a cliche’d character study into an unforgettable look into depression, addiction and, most surprisingly, love.