Cinema enthusiasts usually hold the critics’ taste in high regard. Sure, everyone prefers to watch a film by themselves and make their own mind up, but we all are in some way influenced by the opinion that critics have of a film.

This is especially true in the social media era: titles of reviews or tweets by the experts we follow simply come up on our feeds, and the discussion that is being held around a film sneaks in our minds, already suggesting an idea of what the film is like even before we read a single review. Still, critical reception and commercial success remain two very different things.

How about the classics, though? How many of them were immediately recognized as such by contemporary experts, and how many were wrongly accused of being bad? And when a film we now see as great was panned, how much did that influence the public?

This list looks at some cinematic masterpieces that just did not hit it off with the critics, and were panned by most of them. As we will see, the reason for these erroneous (at least by today’s standards) reviews are many, and each panned masterpiece has his own story of redemption from the critics. 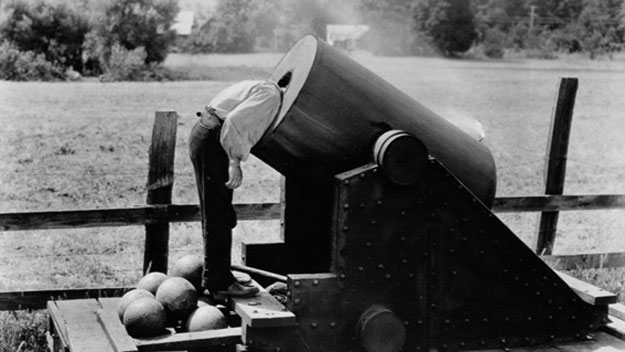 It took some time for Buster Keaton’s genius to be fully comprehended. Sure, he was almost always popular, and his films were generally appreciated by the public and the critics. What was missing, during his early years, was the full appreciation of the technical inventiveness and originality he poured into his films.

That may explain why “The General,” now considered one of his best feature films, was unliked by critics at first. They simply did not seem to be entertained by it: “far from funny,” said Variety, and many other reviews were on the same line, if not worse.

It is hard to understand exactly why a film so obviously filled with exciting and exhilarating moments could seem boring, but it is certainly true that sometimes a particular film simply does not hit the way it should when it is released. It is a question of timing, quickly surpassed once a decade or two passes and a more objective view settles in.

Some might not like seeing “Fight Club” in a list of “masterpieces,” but the film has certainly proved itself to be a cornerstone of late 2000s cinema and an absolute cult film. It showed David Fincher’s flawless ability and his talent for tightly-directed, plot-driven stories with bleak undertones.

“Fight Club” also gave us Edward Norton and Brad Pitt at the height of their acting powers, perhaps giving their most memorable performances (although there are many to choose from). More importantly, the film has a firm cult status, and it is hard to think of a time where it was not appreciated for all these qualities.

And yet, when it was released, it got lukewarm reviews at best. The main problem was that the juxtaposition of philosophical themes with the action-driven part of the movie did not feel balanced, or worse, seemed pretentious. Few critics were impressed with “Fight Club,” but the constant talk about the movie among film fans soon secured it from becoming a forgotten gem of the ‘90s.

8. A Fistful of Dollars

The term ‘Spaghetti Western’ is the wonderful definition of a specific sub-genre that became one of the most iconic of the 20th century, and also one of the most influential, judging not only by directors like Quentin Tarantino, but also by a certain type of epic blockbuster, like “Star Wars.”

Sergio Leone revived the western genre and gave it a completely new style. Still, it is easy to understand how such a genre took time to be appreciated by the critics. One review from the Observer says it all: “‘A Fistful of Dollars’ looks awful, has a flat dead soundtrack.” Of course, this statement sounds absurd now, considering not only how impressive the visuals of Leone’s films are, but also how iconic Ennio Morricone’s music for these westerns has become.

Stanley Kubrick is now considered one of the greatest filmmakers of the 20th century, and probably would finish first in a list of the best directors cinema has ever seen. He was a technical innovator, a commercial force, and an artistic genius at the same time. Other great directors may have been more commercially successful, others more innovative, some more daring artistically, but none combined these three aspects as much as him, and this is the very fact that makes Kubrick so unique.

But knowing that Kubrick is such a gigantic figure can make many people forget how his films were received when he was still active. He took many years between projects, and always changed genres. While we can now see his works comprehensively, each time viewers and critics of the time were put in front of a new, much-awaited film, reception could actually vary.

“The Shining” is the perfect example of this: while now it is considered as one of the most successful examples of horror cinema directed with cinematic awareness (instead of commercial awareness), when it was released it gathered negative reviews. The blame may be put on the comparison with the original novel by Stephen King, who famously hated Kubrick’s adaptation.

Fortunately, it was not long before critics caught up with the nuances of the film, and saw it as much less simplistic as it could have seemed. On the other hand, critical revaluation has also led many to a disproportionate amount of interpretation of the film, as the documentary “Room 237” proves.

As time passes, “Bonnie and Clyde” gradually consolidates its value as a cornerstone of American cinema. It went where few films dared to go before, telling its story of violence with on-point storytelling and few of the cheap tricks that many “crime movies” often would employ at the time. Unfortunately, it was its unapologetic style that brought “Bonnie and Clyde” bad reviews.

In particular, it seems like the film’s approach to violence did not sit well with reviewers, and some of the public. Many made an association between explicit (for that time) violence and cheapness, as if the film was made for a stupid audience.

Just read the Newsweek review: “Squalid shoot-em-up for the moron trade.” The tone of the movie did not strike the critics in any way, but in time new viewers and experts, perhaps less impressionable by movie violence, became more even in reviewing it, and recognized its merits.