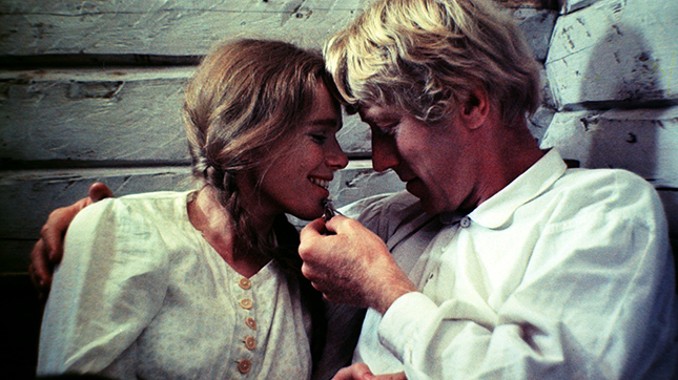 A simple and powerful story set in the 19th century, the journey of a poor Swedish family that decides to emigrate to America, leaving behind people controlled by religious hypocrisy. The script, adapted from four novels by Vilhelm Moberg, avoids the traditional structure based on narrative arches, demands the patience of the spectator, and makes magnificent use of silence, but the reward is immediate.

The couple Kristina and Karl Oskar, played by the impeccable Liv Ullmann and Max von Sydow, face a long and devastating sea voyage. The high point of “The Emigrants” is the real possibility of death prowling every new morning; lice infestation, hunger, despair and depression, the hope symbolized by the new world being destroyed by the realization that they will not be received with open arms.

There is no sense of fraternal community in this land of opportunity worked without the mythical vision usually sold by Hollywood. The most interesting aspect is the the way the characters project a paradisiacal image of America, seeking a kind of redemption for their lives, until they are surprised by the reality clash.

The challenge for the survivors was just beginning. Ulrika, played by jazz singer Monica Zetterlund, is humiliated by being called a prostitute, the cause of the infestation, but she proves that she is not to blame. Some are already accustomed to being slandered by those who consider themselves superior.

In metaphor, Kristina, with the mentality limited by the dogmas of her traditions, is carrying to the new reality the lower prejudices, practicing the judgment inadvisable by Jesus and encouraged by the dignitaries who speak his name, infecting the expectations of a new beginning. 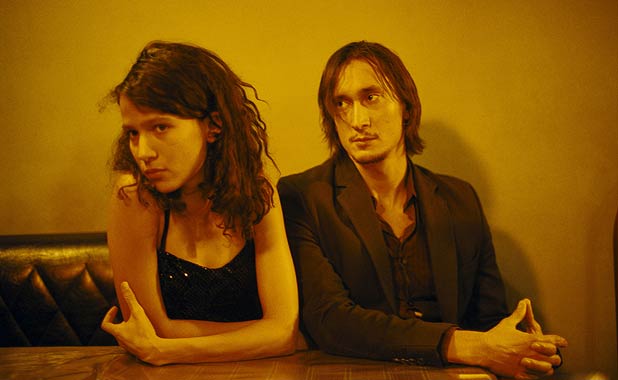 The widower Lionel (Alex Descas) lives in a housing complex with his daughter, Josephine (Mati Diop), with whom he has strong ties, having raised her alone. While Lionel attracts the attention of a middle-aged woman, a taxi driver who begins to walk around the neighborhood engages with Josephine and they begin to leave.

When Josephine’s boyfriend accepts a job abroad and moves, leaving the girl alone, Lionel realizes that his daughter is becoming independent and that it may be time for them to confront their past. This is the greatest film from French director Claire Denis, and a beautiful homage to the work of Yasujiro Ozu. 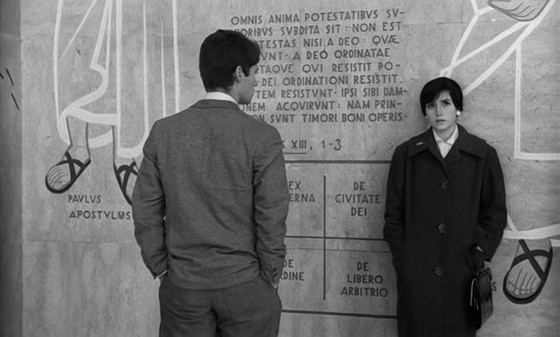 Portuguese filmmaker Paulo Rocha died at the age of 77 on December 29, 2012 after a stroke. Leaving behind a stable career as a lawyer, the young man preferred to follow his dream and absorb the art of the French, especially Jean Renoir, for whom he was an assistant, returning to his country willing to redefine the cinema that was made there.

In previous decades, the Portuguese people embraced the simple humor of Vasco Santana’s comedies, while more pretentious, almost always medium-length films (such as “Saltimbancos,” which Manuel Guimarães launched in 1951) failed to establish a connection with his audience. In the early 1960s, influenced by Italian neo-realism and the French nouvelle vague, directors such as Fernando Lopes (of the mid-length film “Belarmino”), José Ernesto de Sousa, “Dom Roberto” and Paulo Rocha opened new possibilities for the Portuguese cinema.

Taking his cameras to the streets of Lisbon, without fear of exposing social contrasts, he filmed his first work: “The Green Years,” simply telling the relationship between a young man (Rui Gomes), a naive newcomer from the interior, and a maid (Isabel Ruth) of the big city.

The script, in a short time, efficiently establishes the essence of each character. The unsure boy who defends himself by saying, “A man without money is like a car without gas,” or who is intimidated in the dance hall to the sound of a rockabilly. The dazzled girl who parades for him, wearing the various dresses of his mistress. Except for an American who fights with his uncle (Paulo Renato) in a bar, the boy walks the streets accompanied by his new friend, without either of them understanding what is being said by the other.

The American states at one point, “I do not understand a word he says, but I am inclined to agree,” brilliantly translating the boy’s conflict with the hypocrisy of the city and its people in a humorous and still current criticism. In the end, as in one of the variations of Chico Buarque’s song “Construction,” the symbolic death of his naive and interior youth, caused by an untimely and inconsequential decision, ended up disturbing the traffic.

The theme and the conduction may have aged in a less generous way, but its soundtrack, composed by the great guitarist Carlos Paredes, who responded to the invitation of the director and identified with the theme, resists bravely, thrilling as always. 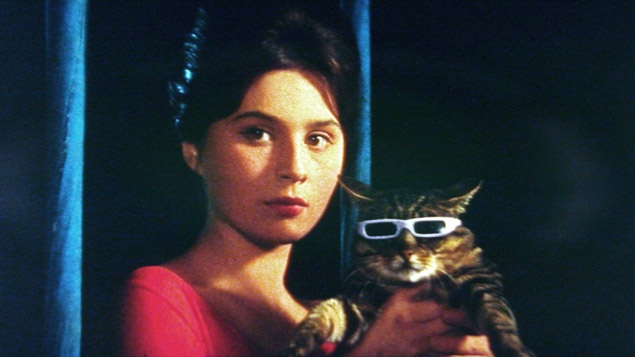 A Czech lyrical children’s fable with strong behavioral criticism, this movie received the jury’s special award in Cannes. The plot is simple and brilliant. A village, a microcosm for our society, receives the visit of a magician, a beautiful young woman, and her cat with sunglasses.

With special powers, the feline sees humans with different colors, according to their character and their feelings; for example, a pair of intense red-colored boyfriends, hypocrites and liars in purple, resulting in a vibrant color show that guarantee the film has a truly unique aesthetic, an antirealist tone where the characters dance without music, a pleasant lucid dream.

It is interesting to note that the professional illusionists of the circus troupe act precisely by removing the illusion / falseness veil that moves the characters, which obviously does not make them unanimous in popularity in the place, since the mere glimpse of the cat incites the terror of those who, even by profession, must defend lies.

The most beautiful scene is when Diana, played by the charming Emília Vášáryová, removes the glasses of the cat in a nocturnal spectacle of magic, presenting to the public, for the first time, this peculiarity of the animal. Even without knowing the meaning of the different colors, much of the population despairs and runs to escape the reach of the little eyes.

Pure children, untouched by adult hypocrisy, do not bother with this phenomenon, as do passionate redheads, engrossed in their romantic hopes. While adults hunt the cat, a symbol of the fall of their social masks, children protect the pet in every way. One of the most beautiful allegories in the history of cinema, which never slips into pamphlet moralism, stimulating a deep humanist reflection. 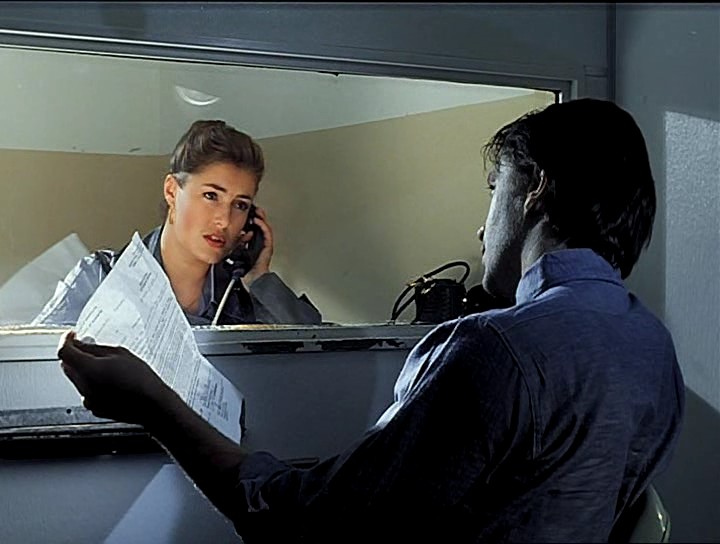 Abandoned by the woman who decides to live with a wealthy American in the country of Uncle Sam, a Russian musician goes to meet him, 10 years later, in order to reestablish ties with his pre-adolescent daughter.

Some foreign texts criticize, for example, how the little girl is too smart for her age. A great nonsense, as only very insensitive professionals are unable to see that the proposal of the work is to be like a comic fable; there is no trace of realism in approach, pity, the outcome delivers a child riding a helicopter!

Director Karen Shakhnazarov is very versatile; he purposefully drinks from the source of American melodramas, betting on ordinary comic narrative solutions in these works without any touch of cynicism, and the tone is a reverence.

At the time of production, after the fall of the Soviet Union, the relationship between the two nations began to show signs of life; the American daughter, played by the adorable Allison Whitbeck, who, it is worth noting, carries the project on her back with impressive charisma, representing the sincere intention of union.

There is a wonderful moment that represents well this leitmotiv; the father, played by Vladimir Mashkov, after escaping with his daughter, relaxes in a bar in the United States singing in Russian, with happy customers genuinely interested in the art of the stranger. Those people do not know the song, they do not even understand the lyrics, but they enjoy the melody. Upon seeing a beautiful waitress, he, emulating Elvis Presley, sings “Love Me Tender” in English, putting affection in every word, and the mood in the environment is one of love and respect.

The scene shows that the union between different cultures is always the best way, the fascination in trying to understand the other instead of feeding the fear of the unknown – less walls, more bridges.

Author Bio: Caruso is a Brazilian film critic and filmmaker, you can find him on https://www.facebook.com/cinema.octaviocaruso/.