6. Lemora: A Child’s Tale of the Supernatural 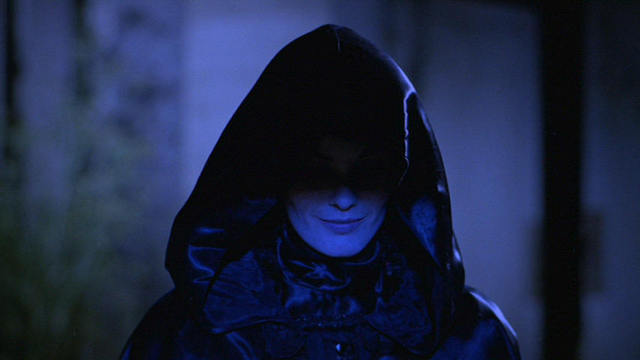 Similar to ‘Valerie And Her Week Of Wonders’ Lemora is a surreal coming of age horror oddity that follows a young girl. Lila Lee, played by Cheryl Smith, begins her plight when she receives a letter, from a mysterious woman named Lemora. The letter informs her that her estranged father, who kills two adulterers at the beginning of the film and then goes on the run, is in need of spiritual help.

The letter points to a remote town called Asteroth which apparently only eerie drivers bus to in the darkest hours of the night. Arriving in the town, Lila flounders from one strange encounter to the next. Including ghouls, vampires, witches, and more.

The atmosphere of Lemora is perfectly dreamlike and nightmarish all at the same time. It is a vampire film that fronts a kind of offbeat camp quality but captures the attention of its audience who are left at the end of a scene in both bewilderment and wanting to know more.

It feels like a film you might see on a public access station late at night, and that vanished into your dreams. Upon waking the next day, it has you wondering what the hell you just watched. It is a lost vampire gem for sure that will have the unsuspecting viewer wondering what unseen imaginative freakiness there might be around the corner. 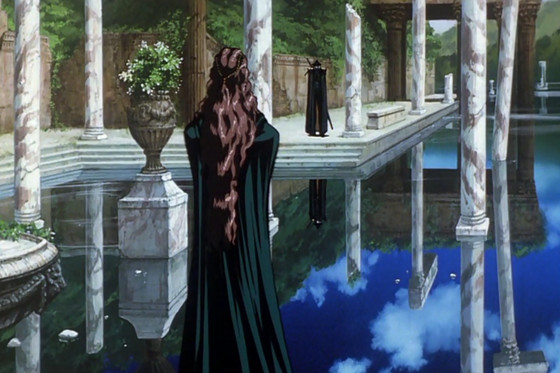 Follow-ups to groundbreaking, epic, and visionary first films usually have a tough time capturing that divine spark the second time around. In the case of Vampire Hunter D: Bloodlust, however, the film not only holds everything that made the first one great in the palm of its hand. The film has more impressive lore, character, and does so with creativity to burn. It delivers all the right gothic vampire goods and in all the right ways.

Directed by Yoshiaki Kawajiri, who also produced cult classic animes such as ‘Ninja Scroll’ and ‘Wicked City,’ presents us with a sequel film that is based on a series of Japanese Novels. This film follows a man of few words, ‘D,’ a vampire hunter who happens to be half vampire himself.

D has been tasked to track down a kidnapped young girl by a highborn vampire lord. Her parents fear their daughter will be turned into a vampire as well and are willing to pay big money to see that it doesn’t happen.

Set in the future this anime’s scope and ambition seemingly knows no bounds. ‘D’ runs across western-like bounty hunters, werewolves, shapeshifters, and hoards of the undead. It is an epic scope that will have vampire film fanatics rolling in their coffins before nightfall. 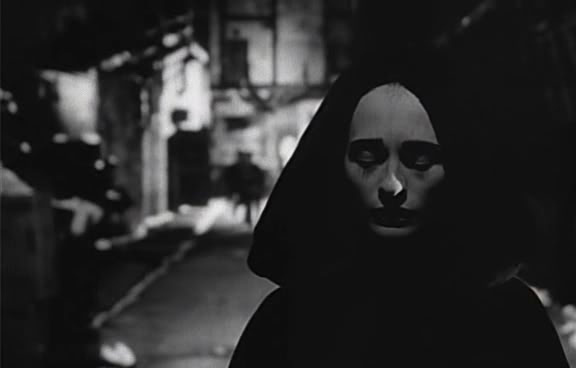 Much like ‘The Addiction,’ Nadja, written directed by Michael Almereyda, is a stripped down, postmodern take on the classic vampire story. Also set in 90’s New York City, Elina Löwensohn, who plays the title character, as Dracula’s daughter, roams the streets of NY looking for her brother Edgar and seducing an occasional meal from night to endless night.

The film is often witty and seems to be having a lot of fun with the subject matter. As the daughter of Dracula, it is no surprise that Nadja has grown up into a very dysfunctional family. Peter Fonda as Van Hellsing is an unconventional take that is wildly batty. With a cool atmosphere, a touch of camp and over-the-top pastiche, Nadja is a vampire film that will easily waltz passed any conventional audience but should also have a more substantial cult following. 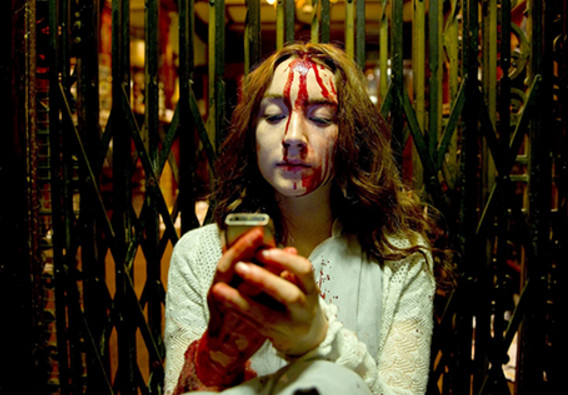 Neil Jordan, who directed the fantastically epic ‘Interview with the Vampire,’ takes another stab at the vampire genre nearly 20 years later. This time from the play written by Moira Buffini.

The film builds an effective vampire lore introducing the two female leads, Eleanor, played by Saoirse Ronan and her mother Clara played by Gemma Arterton. Byzantium presents a mother-daughter vampire dynamic dating back to the 1800s. The film shows how difficult it can be to survive in the modern day patriarchal society that reflects upon past memories which have scared both characters in some way.

The film has beautifully dark visuals, engaging characters, and while it might not rise to the level that ‘Interview’ does, it is a bloody cascading good time that draws the audience towards its persistent intriguing mysteries. It makes one wonder why it does not seem to garner the attention it deserves.

Shoes. There is something significant about shoes that the camera in Thirst, written and directed by Chan-Wook Park, and partially inspired by the French novel ‘Thérèse Raquin,’ seems to focus on in critical moments through the film.

Perhaps it has to do with Tae-Ju, played deviously and powerfully by Kim Ok-bin, a free spirit trapped in a loveless marriage. She is rarely seen wearing shoes and seems to avoid them at all cost. Perhaps it is a metaphor for her confinement and the desire for freedom.

It isn’t until she meets Sang-Hyun, played by Kang-ho Song, a Catholic priest who injects himself with a new virus. He does this as a kind of self-sacrifice in the hopes it will lead to a cure. He, instead, contracts symptoms that including light sensitivity and a taste for blood as well as sores all over his body. But after he drinks the blood from hapless victims, he develops the healing effects one would come to expect from vampirism.

Seen as a miracle from God he quick develops a devote following. He later meets Tae-Ju who finds out about his vampire qualities and what follows is a love-lust-hate relationship that could only be bound for hell.

Thirst is an entirely mad and destructive love story that battles with many moral questions. From self-sacrifice to sacrificing others, guilt, control, free will, heaven, hell, God, no God, shoes or no shoes. There are big themes that run through this beautifully shot, wholly original vampire vision, and direction that is nearly flawless. Chan-Wook Park is one of, if not the most powerful Korean filmmaker working today.

Proving time after time, film after film, of his auteurship and unique voice. From the ‘Vengence trilogy’ to ‘The Handmaiden’ his films are filled with exciting new takes on the clichéd minefields these types of genres can yield. What is perhaps most impressive is the control and sureness the film has for every action, character, and addition to vampire lore, fearlessly utilizing it all to full effect.