A painter, Johan Borg (Max von Sydow) lives with his caring wife Alma (Liv Ullmann) on Baltrum Island. That place, isolated from the turmoils of modern civilization, initially gives Johan peace of mind, but after awhile he becomes an insomniac. This is just the first step for him in the frightening process of losing his sanity.

“Hour of the Wolf” is another masterpiece in the astonishing filmography of groundbreaking Swedish director Ingmar Bergman. This time he takes the audience for a hypnotizing journey toward the darkest corners of a human mind. Johan’s slow descent into the madness is genuinely scary, yet thought-provoking, as is usual with Bergman.

In some parts, the style of the film kind of resembles the classic horrors of expressionist cinema. It’s visible especially in the surrealistic and nightmarish sequences in the castle of Baron von Merkens (Erland Josephson) in the final act of the movie.

Max von Sydow and Liv Ullman’s roles are a great demonstration of the uncanny acting talents of both, and evidence that their statuses of some of the best European actors of the 20th century is not taken from nowhere.

In Cold War-era Berlin, Mark (Sam Neil), who works as spy for a mysterious organization, returns home from abroad only to find out that his wife Anna (Isabelle Adjani) wants a divorce. Completely devastated, Mark suspects that she fell in love with another man. The truth is much more unreal and grotesque than anyone could imagine.

Controversial Polish director Andrzej Zulawski created many unsettling films, but “Possession” is his most frightening and stands as his best movie. It’s also a very personal movie for Zulawski, because he had experienced a very messy and traumatizing divorce with actress Malgorzata Braunek.

“Possession” is a very weird mix of thriller, drama, horror and black comedy that gets progressively more disturbing with every minute. The less that is said about the plot the better, because the film constantly takes completely unexpected turns. Spoiling it in any way could destroy the whole “fun” of exploring the sick imagination of Zulawski.

Isabelle Adjani is outstanding as the crazed Anna. If you have seen the infamous subway miscarriage scene, then you already know that this is her role of a lifetime.

“Possession” is a film that really gets under the skin and haunts you for a very long time – just like a real-life divorce.

Georges Laurent (Daniel Auteuil) is a popular book critic with his own TV show. Dark clouds appear over his upper-class idyll in the form of VHS tapes, which are anonymously sent to him. The content of those tapes are recordings of his own house, which means that someone is spying and potentially threatening his family. George decides to make an investigation of his own, which leads him to the sins of his own past.

Michael Haneke is one of the true intellectual European directors and an astute observer of various maladies in modern society. If you think that this will be just a simple thriller with a regular plot resolution, then you’re dead wrong.

“Caché,” under the veneer of a thriller, is a complex social commentary of France’s collective guilt over Algerian colonialism. It is also an allegory of the post 9/11 world, in which surveillance is conflicting with the private lives of individuals.

As usual with Haneke, the film works great as a brain stimulant and intellectual exercise that will not leave you indifferent to what is happening on the screen. Let us all hope that Haneke will never decide to retire from directing, because in these politically complicated times we really need his unique artistic touch. 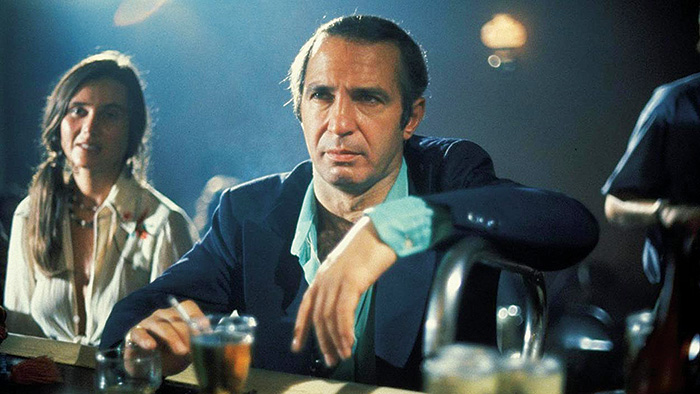 Cosmo Vitelli (Ben Gazzara) is a man at the top of his own world. He lives a glamorous life as a nightclub owner and is always surrounded by beautiful women. Unfortunately, his gambling problem leads him to a situation where he owes money to the mafia. Eventually, Cosmo is forced to accept a morbid proposition from gangsters. Their proposal is simple: if he kills the Chinese mob bookie, he will be debt-free.

John Cassavetes was an undisputed master of independent American drama films, and “The Killing of a Chinese Bookie” is quite different from the rest of his filmography, yet it has all characteristics of his unique filmmaking style.

This gritty and psychological 70’s neo-noir thriller is truly one of a kind. If any other director made a movie with such a plot premise, it would be probably centered on the act of murder and the getaway of a protagonist. Cassavetes took a completely different route. He was clearly more interested in vivisecting the peculiar lifestyle of Cosmo Vitelli than gunshots and thrills.

“The Killing of a Chinese Bookie” is definitely not a film for everyone. Its slow pacing is a specific device, which could make the audience fully soak in Vitelli’s world, but many would find it simply boring. If you’re about to see this film for the first time, it’s better to start with 1978’s re-release shorter cut (108 minutes) than the original 135-minute cut.

Marion Crane (Janet Leigh) made two very wrong decisions. The first was stealing money from her own boss, and the second was staying for a night in the creepy Bates Motel, administered by the seemingly loveable taxidermy enthusiast, Norman Bates (Anthony Perkins) and his mentally ill, elderly mother. Soon after the check-in, Marion experiences the morbid hospitality of Bates family firsthand.

It’s a very hard task to choose only one psychological thriller directed by legendary filmmaker Alfred Hitchcock, but “Psycho” is perhaps his purest entry in this genre. The film is an adaptation of a book written by Robert Bloch, which was strongly inspired by macabre story of real life serial killer Ed Gein. Despite being made almost 60 years ago, watching “Psycho” is still a nerve-wracking and astonishing experience that brings viewers to the edge of their seats.

The famous murder in the shower scene, the disturbing soundtrack by Bernard Herrmann, and the two plot twists (one in the middle, one in the final act) are the elements that made this film the iconic thriller it is. Casting Anthony Perkins as Norman Bates was a great decision. He’s as likeable and vulnerable as he is twisted and dangerous.

“Psycho” was transformed into a franchise during the following years, with its three sequels, remake, and the TV series “Bates Motel.” It’s better to avoid all of those, except “Psycho 2” and “Psycho 3,” which are fun to watch 80’s style thrillers, but only if you restrain yourself from comparing them to the glorious original one.