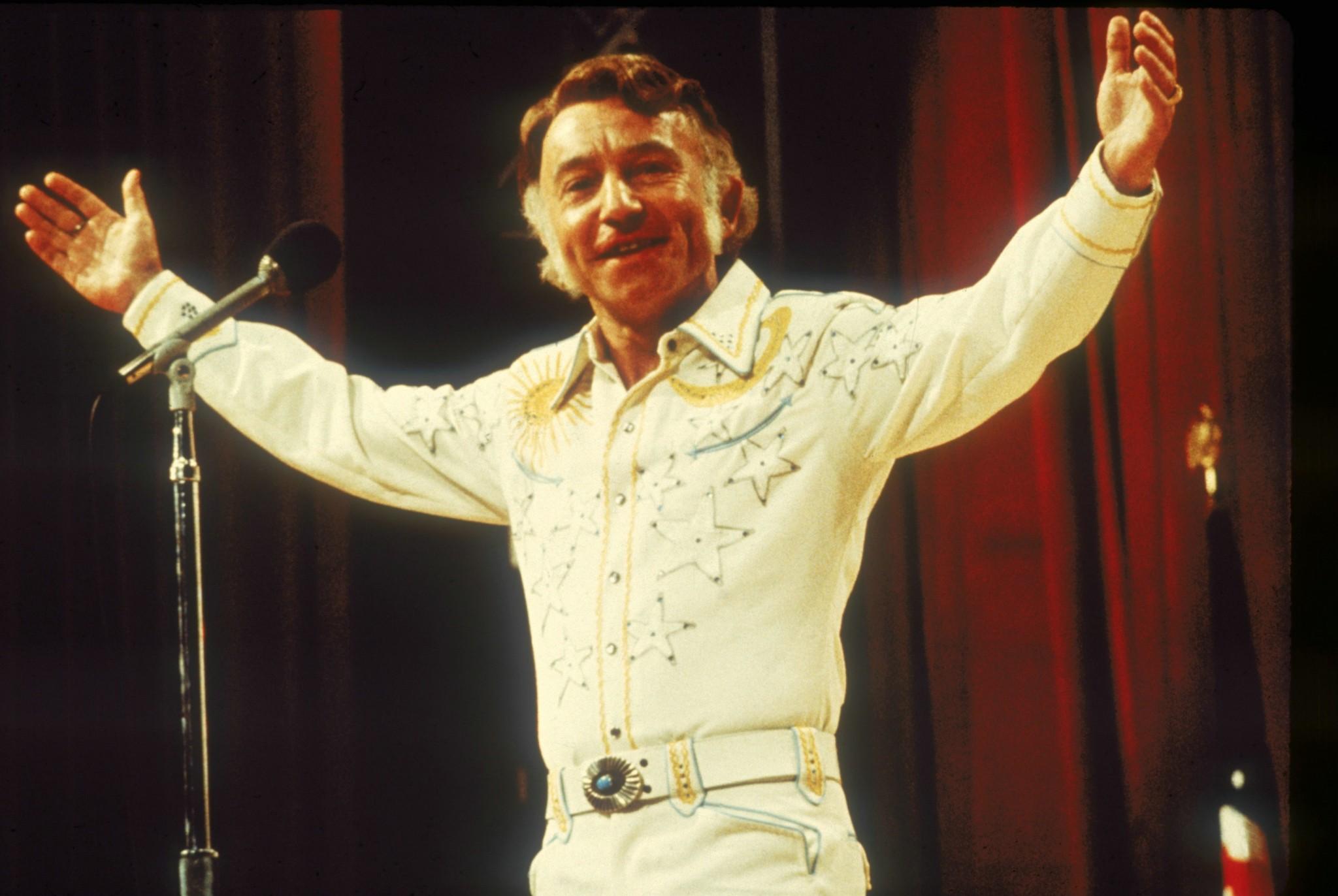 Robert Altman is most certainly known for his scope. Nashville might be one of his most complicated films on the sheer fact that the two-dozen characters are all fighting for your attention all at the same time. We all wait five days (well, nearly three hours in the film’s run time, anyways), and we don’t even see the main man of the film (political candidate Hal Phillip).

We essentially are watching the running-around of all involved during this blistering campaign. The many industries featured are all reacting differently, and the choice to do a good chunk of these crises via song only makes the whole situation more hysterical.

We can sit back and relax because this is not our stress to worry about. Do we care when we set up our own events? Of course. Here, we can just observe it all, like we are analyzing ants running around their hill for three hours.

Primer has become a cult film with science fiction enthusiasts, because it allows the idea of time travel to swallow its core nature alive. Do many time travel films truly show the repercussions of defying time as a linear process? Sometimes, but Primer has to be one of the stronger examples of the never-ending results of experimenting in the first place. Primer is the open door to paradoxes and anomalies galore, especially with its pseudo-cyclical order (or lack of).

There is also the possibility of existences losing their permanence in this reality, so that causes an erasure of one’s previous path. To make a film this dedicated to the faults of time travel, you’d have to have a stable team behind you. Luckily Shane Carruth made most of the film himself, and was able to keep his tricky vision strong at all times.

Having been influenced by French new wave, Quentin Tarantino wanted to bring an unorthodoxy to Hollywood with Pulp Fiction. It really isn’t the hardest film to follow by any stretch, but it is interesting to see these events play out in the way that they do. Butch being the hero of the second main act (excluding the minor portions) allowed his character to have prominence before the very end of the picture.

We also don’t see Vincent being a waste of a character this way. We understand his fate by the end, but can still enjoy his idiosyncratic way even after his conclusion. We’re not witnessing a story, but an analysis of these characters that are tied up in the world of crime (all anchored by Marsellus Wallace).

By the end, the opening scene changes from a quotable vignette into a surge of anxiety; we didn’t expect to be here when this happened! Pulp Fiction is about luck: the good, the bad, and the dumb. 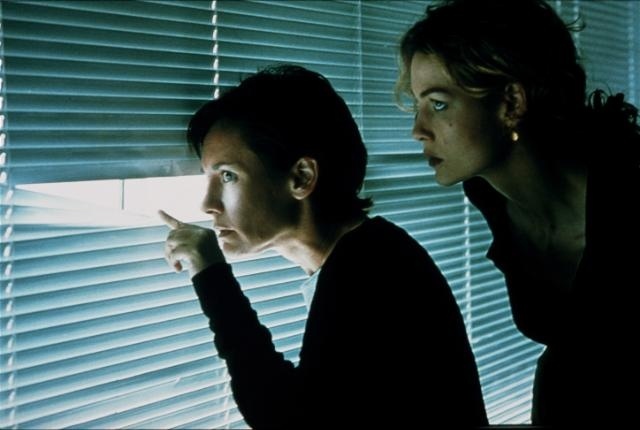 We’ve seen multi plotted films before. It isn’t common that we see all of these plots play at once, though. In Mike Figgis’ Timecode, you are watching four stories going on at the exact same time. All four of these tales are seemingly shot in single takes, and most of the dialogue is improvised on the spot. Are we watching surveillance cameras or a music video? Is this a lack of order or a perfect amount of choreography?

Timecode is so ambitious with its story structure (all narratives circle around a production company), it might seem a bit overwhelming to take it all in at once. Luckily, the audio mixing helps guide you towards the most important story of the four at any given moment. It is your privilege to break away from the created path and make your own connectivity, though. 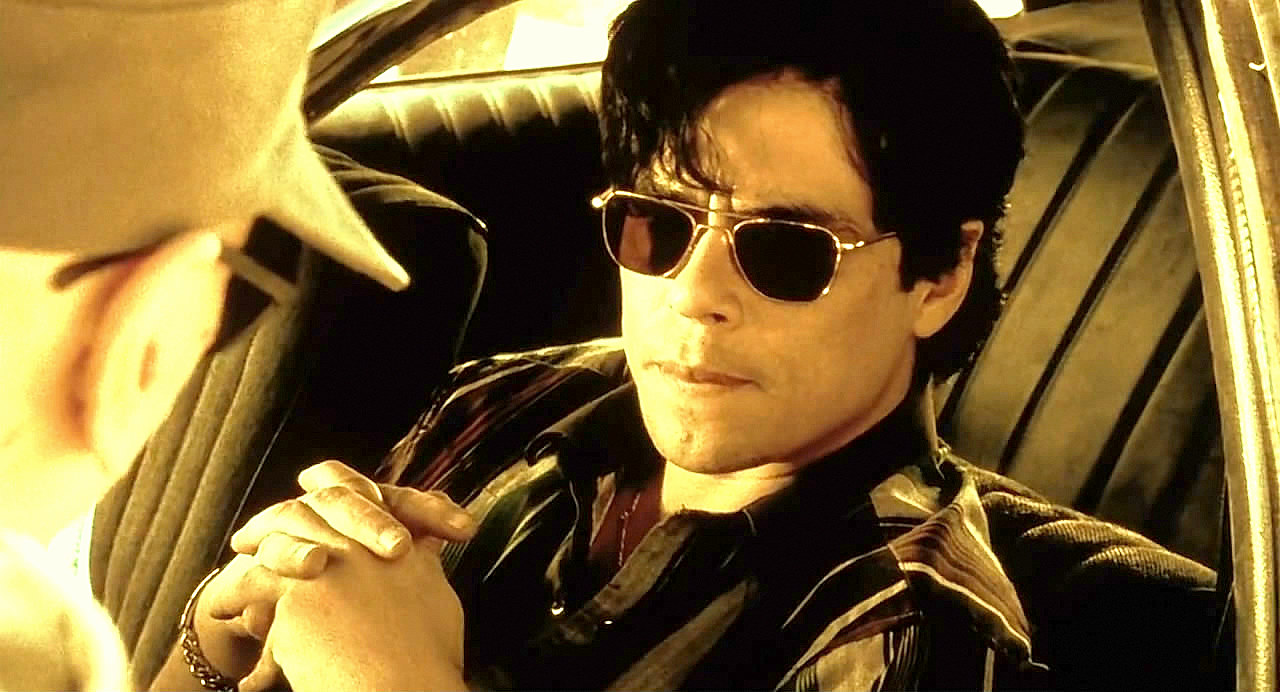 Three stories (or more, depending on your interpretation) of the different activities spawned by drug trafficking take place at once. You see an officer deal with the drug cartels in Mexico. You witness a newly appointed drug czar deal with his fresh position while taking on personal crises at home with his drug-abusing daughter. A socialite suffers the repercussions of her husband’s drug trafficking, while investigators tap into her home and listen in.

There is so much more going on, but that’s part of the fun. Each storyline has a distinctive colour-dye-effect to split them apart (Mexico is yellow, the czar tale is blue, and the wire-tapping storyline is brown), but sometimes these colours can merge or even disappear altogether. It can be unusual to see someone from – let’s say—a blue story line pop up in the yellow one, because the visual familiarity is shattered.

Yellow transitions to blue sometimes, and the screen will be a stark green for a few seconds. These are the many results of the war on drugs, and the different avenues of which chance can drive its course.