Let’s say you’re a moviegoer looking to see a biblical epic. You are expecting something reverent and faithful to the Good Book, something like The Prince of Egypt or that Ten Commandments movie you catch snippets of on TV every Easter season.

Instead, you get an ugly, depressing movie that director Darren Aronofsky gleefully described as “the least biblical movie ever made.” Aronofsky raises a big fat middle finger to the Sunday school crowd by asking them to consider the horrific implications of a story that a lot of them learned through cute picture books and VeggieTales specials.

Aronofsky’s Noah spends a significant amount of time delving into the genocidal intentions of God in the Noah’s Ark story, and Noah himself feels so much survivor’s guilt that he (spoiler!) nearly murders his own infant grandchildren.

Aronofsky made a religious movie whose message seems to be that God is a jerk and religious folks have not thought the story of Noah’s Ark through. In biblical terms, the religious people who saw this film saw the writing on the wall and knew that Hollywood was screwing with them. They, not the big studios, got the last laugh on this one and the next few Hollywood biblical epics – like Exodus: Gods and Kings and that Ben-Hur remake no one asked for – flopped spectacularly, mostly because Aronofsky scared away the audience that might have embraced these movies.

Like Fifty Shades of Grey after it, the initially huge but mostly forgotten Basic Instinct was marketed as the smut flick to end all smut flicks. Unlike Fifty, the audience for Instinct was primarily men who wanted to see as much of Sharon Stone’s body as possible. With that in mind, it’s impossible to see Oscar nominee Paul Verhoeven’s mise-en-scène as anything as a sly jab at the drooling dudes who flocked to see Instinct.

The famous moment where Stone flashes her crotch at the camera is immediately followed by a shot of that-guy-who-played-Newman-on-Seinfeld’s sweaty face. Later on, we get a scene where Stone and Michael Douglas are both supposed to be nude.

Stone’s R-rated bits are carefully hidden with camera angles, but the men in the audience are treated to a shot of Douglas’ entirely exposed rear. On top of that, the entire theme of the film is that oversexed men are cannon fodder for smart, capable women. Now wonder no one saw the sequel. 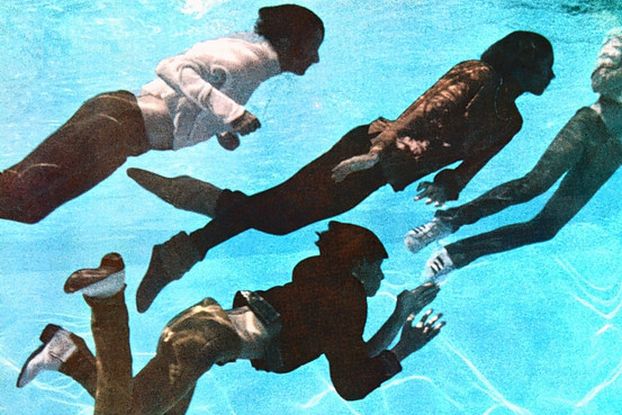 The Monkees’ only movie divides people into those who think it’s a trippy subversive work of art and those with a gag reflex. Love it or loathe it, the film loathes you, given that you enjoyed the band’s smash hit TV show.

Instead of the safe, fun adventures of a rock band that the TV show offered, Head offers a nonsensical barrage of scenes that often lack any real connection and play like a goofy reimagining of Un Chien Anadolu directed by Mel Brooks – and I mean late stage, 100% laugh free Mel Brooks. Watch a refrigerator get shot at by tanks! Watch the band get ripped apart by screaming groupies! Watch a Viet Cong officer getting shot! None of this is what a Monkees fan wanted from a Monkees movie, and that’s why it’s here.

Fans of the Prefab Four are depicted in this movie as mindless celebrity-worshippers, and the band sings a song about how they will never be artistically free because their fans fell in love with the manufactured bubblegum music they sang in their earlier career.

The film is sound tracked by some more psychedelic tracks by the band, which prove that the band never should have been given any freedom. It’s enough to make you pine for the days when they were too busy singin’…to bring anybody down. 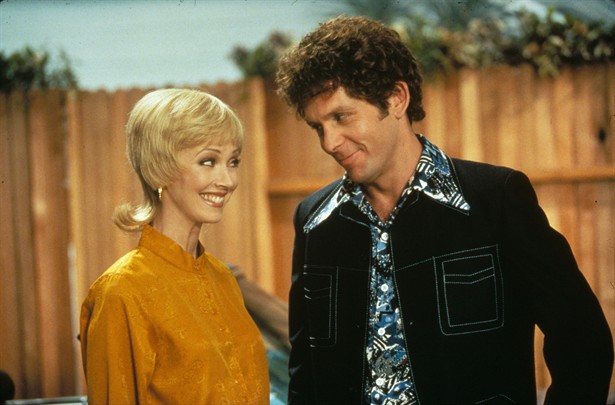 Hated by critics and loved by the public, The Brady Bunch was a squeaky clean 70’s family sitcom that was an anachronism even forty years ago. While contemporary shows like Maude and Good Times dealt with Norman Lear’s trademarked Important Issues, The Brady Bunch existed in a safe, happy world more akin to Leave It to Beaver or Father Knows Best than Nixon’s America.

Enter The Brady Bunch Movie, whose lead characters are still inexplicably stuck in the 70’s in how they act and dress, while the film itself takes place in the 90’s. Almost all of the film’s humor derives from the culture shock that 90’s denizens experience when they encounter the Brady clan, whom the film paints as unforgivably square. When one of the Brady’s neighbors defends the family as good people near the end of the film, his lines are delivered so half-heartedly that the filmmaker obviously doesn’t want you to side with him.

The Monkees even show up for a cameo, just to hammer home that they hate all fans of anything and everything. “The world of The Brady Bunch is gone, if it ever existed,” the film seems to say, “and you’re dumb if you want it back.” The film is clever from a conceptual perspective, but undeserved venom drips from every frame.

Bonnie and Clyde is a dirty trick; a cruel, brilliant slap in the face to its audience. Critics have labelled the film anti-violence, anti-celebrity, anti-establishment and anti-American. While this is all true, the most remarkable thing about Bonnie and Clyde is that it is anti-you, given that you enjoyed it. It is a stark statement on violence in media that is as well made as it is moralistic and condescending.

It starts off straightforward enough – good girl meets bad boy, they fall in love, she joins him on a crime spree, they run and hide from the cops. As immoral as they are, it’s hard not to root for them. There is something inherently romantic about a relationship that the world is against, even if the world is against that relationship for all the right reasons. Our hearts want everything to turn out well for Bonnie and Clyde even if the rational part of our brain knows that they deserve to be behind bars.

And at first the violence in Bonnie and Clyde is no more extreme than what you might see in a lighthearted Western, and director Arthur Penn  seems to be content to allow us to enjoy film violence for what it is – the barbaric part of our imaginations fulfilling our desires. By the final scene though, that paradigm has drastically changed.

The violence in Bonnie and Clyde is no longer enjoyable. It is now ugly, realistic and directed at two characters we have come to care about. Penn wants us to know that the fun violence that we were exposed to earlier in the film was fake – this is what violence really looks like.

As we leave the theatre after the phrase “The End” is coldly, silently displayed on the screen, we are left to wonder why Penn pulled this bait-and-switch. It appears that he did so in order to make us question why we enjoyed the violence in the earlier scenes and not the later ones, to imply that we should find all screen violence equally abhorrent lest we contradict ourselves.

Not only is Penn ignoring the fact that the violence earlier in the film was directed at characters we did not know or care about, he is presenting us with a terrible message about the immorality of violence in the movies. Since when is it acceptable for a director to look down on an audience for liking scenes he clearly worked to make enjoyable?

Film critics often hope that the films they see will be creative and break cinematic conventions, but the convention of respecting one’s audience must never be broken.