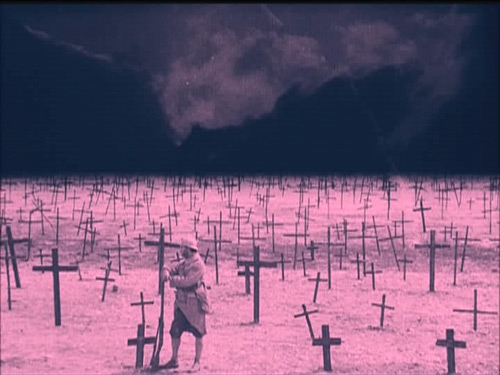 For whatever reason, Abel Gance is a name almost only remembered for the ambitious “Napoleon” from the 1920s. It’s a film that has become somewhat legendary in its daring use of cinematic technique and the various restorations that tried to restore the film in its full might. Except for that though Gance is a name rarely brought up these days, which really is a considerable loss.

His films are all inventive and wonderfully playful, and he certainly is one of the directors that can help and destroy the notion of silent films basically being filmed boringly and without much movement or formal invention.

Here we shall discuss two of Gance’s films. “J’accuse” from 1919 and its 1938 remake. Both are powerful anti-war films and quite daring in how far they go to depict just how much war can destroy people’s lives and psyche, especially if you consider the time they in which they were made. They don’t diﬀer too much, except for the later version having sound. I’d also rather not spoil the direction in which the plot goes, and while it’s quite melodramatic, there is no denying of its eﬀectiveness.

It’s quite interesting to look at the years these two films came out, one being an immediate reaction to the horror of World War I, while the second film came in 1938, almost as a sort of warning of the imminent threat of World War II. 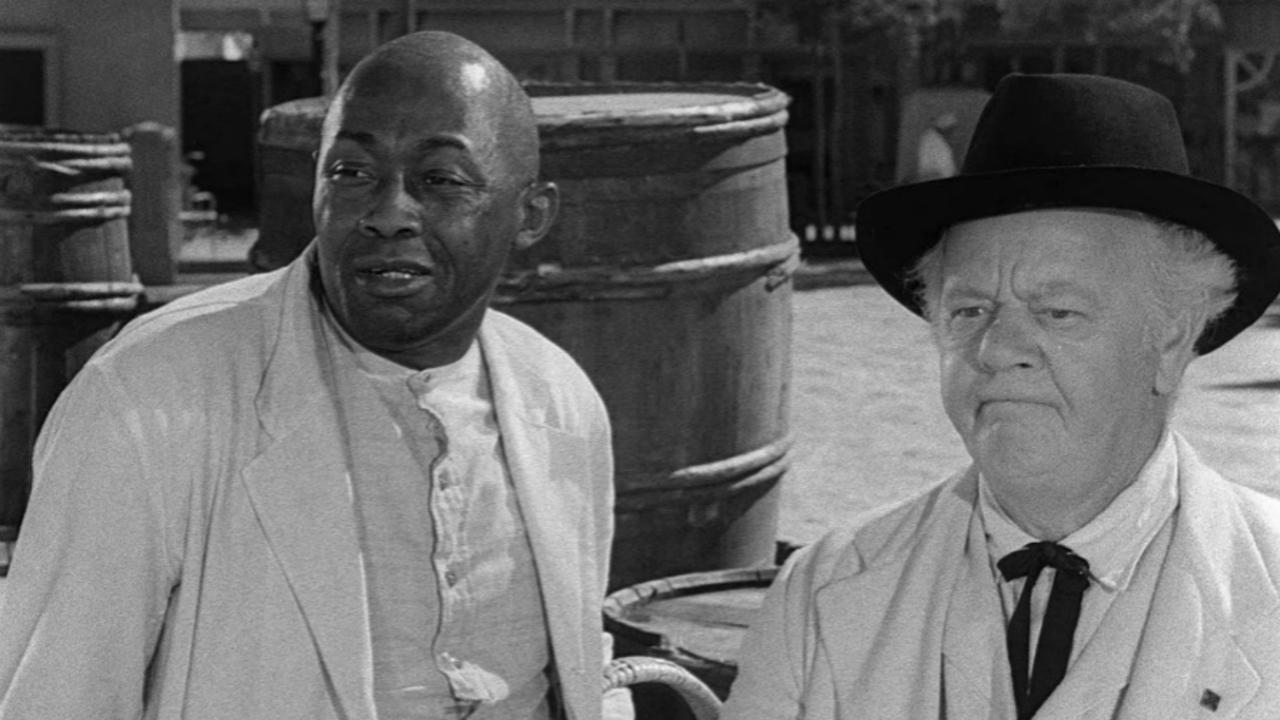 Yes it is true: John Ford remade one of his own films. While Ford is one of the directors, (like Hitchcock and Ozu respectively) who are associated very much with a distinct style, landscape, place and time, which in his case are his beautiful Westerns, it isn’t one of his famous outlaw stories that he remade. Instead Ford chose to remake one of his lesser known films. In 1934 his film “Judge Priest” was released.

The film is a comedy about a judge, who lives in a small town, fought the civil war on the side of the Confederates, but still finds his best friend to be a black man. It’s very much a John ford theme dealing with his typical themes of civilization, law and community. Judge Priest is an eccentric man, but a good one with a strong sense of tolerance and justice.

In 1953 John Ford went back to the original source material, consisting of a series of stories based on the character of Judge Priest. While often the reason for a remake is a new formal approach, or the exploration of new themes in the same narrative, or simply more budget to make a more polished version of the film, in Ford’s case this reason is quite special. He had planned to include a scene of a black man being lynched by the townspeople and Judge Priest stopping them in the original film, but wasn’t allowed to do so.

This scene was now included in 1953s “The Sun Shines Bright”. The film is also one of Ford’s lesser known films, but championed by many, including the critic Jonathan Rosenbaum (who sees a culmination of almost all of Ford’s themes in it) and even John Ford himself cited it as one of his favorite films he made. 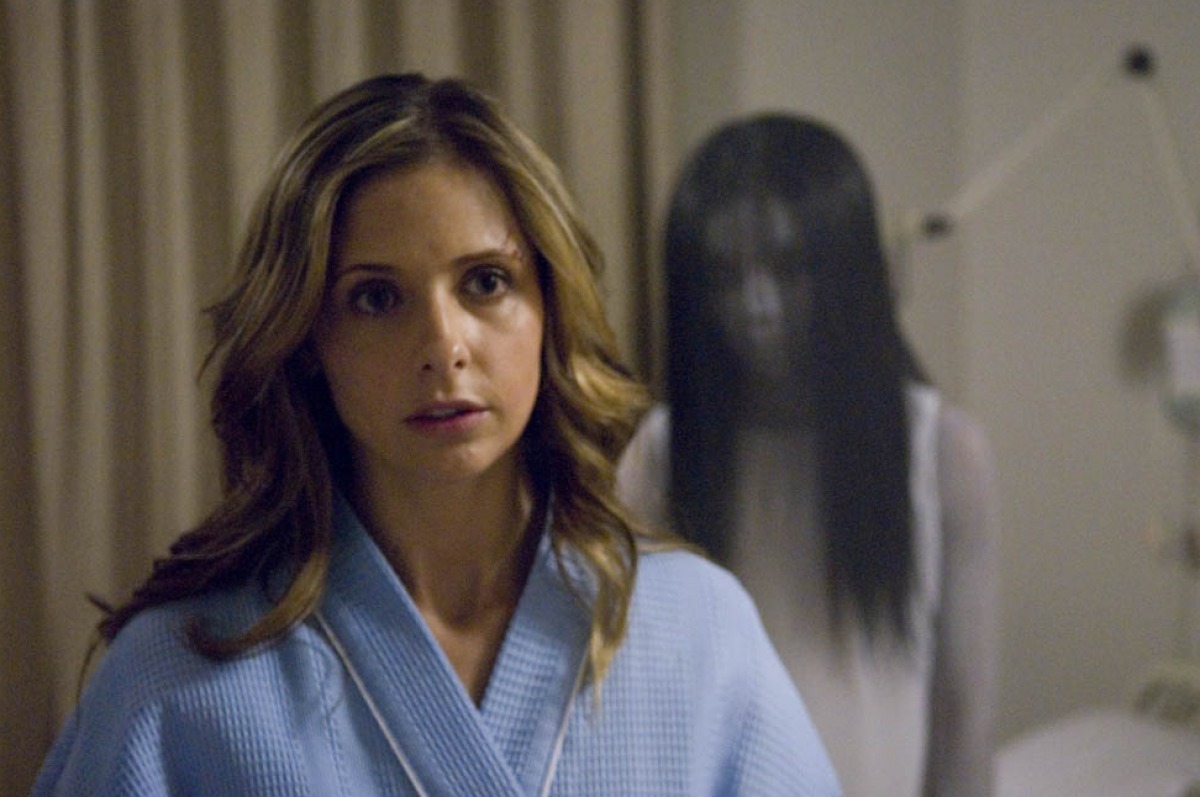 In the late 1990s and the early 2000s, Hollywood discovered that in Japan there was a certain type of horror film being made, which relied more on atmosphere and implication instead of gore and shock eﬀects. Directors such as Kiyoshi Kurosawa and Takashi Miike.

Several of these films were remade and in the eyes of most horror fans, their American versions mostly missed the point of their Japanese originals. One of these films (“The Grudge”) is a rather interesting case of this pattern, since both the original and its remake were directed by the same man: Takashi Shimizu.

Shimizu took the opportunity to adapt his own film for an American audience and somewhat changed the ending, which has some similarities to how the original sequel to the Japanese film ended. He even directed the American sequel, which has a diﬀerent plot. It is hard to compare the quality of both films, since they both have their strengths. The critical consensus reflects this. Both movies received quite mixed reviews, but on websites like Metacritic, their scores are basically the same.

In the case of George Slugger’s “The Vanishing”, the same can definitely not be said about its critical reception. The original film is considered a classic of Dutch cinema and foreign cinema in general. It made “best of the year“ lists and Stanley Kubrick called it “the most terrifying film he’d ever seen”.

The film was released in the United States in 1991 and two years later, Slugger’s own remake was released. Instead of the praise and acclaim of the original, it received a harsh scolding by critics and is considered one of the worst remakes to have been made. 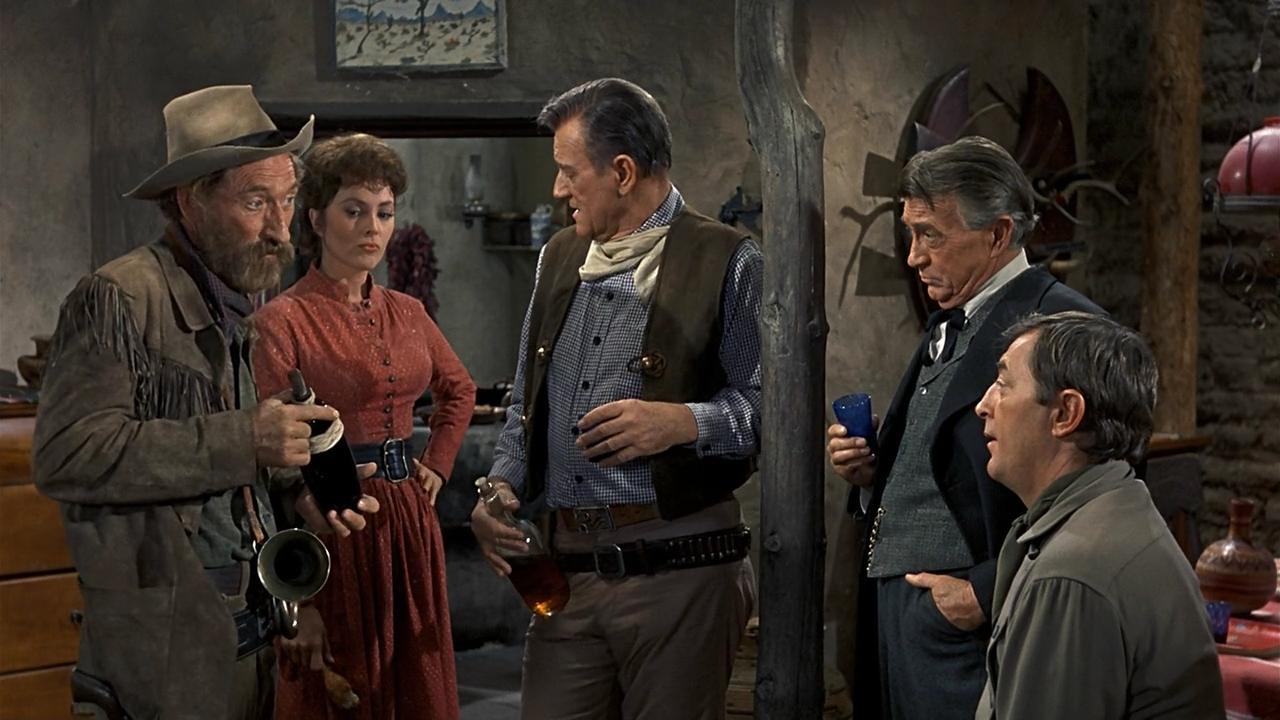 While all the films on this list so far have been remakes in the very sense of the word, the situation is a bit diﬀerent with these two films by Howard Hawks. When Hawks started production on “El Dorado”, it was its own original film with a script that wasn’t really that similar to “Rio Bravo”. Soon, Hawks changed it enough to make it basically qualify as a remake. The film has the same basic plot, though really both films are very thin on plot.

A third film called “Rio Lobo“ has a very similar plot, with the same general types of characters appearing in all three films. John Wayne also plays a similar lead character in all three of them. The basic plot outline is a sheriﬀ defending a town against a group of outlaws and receiving help from an odd cast of characters. Really, this is all you have to know when walking into this film. The rest of it is much more about how these characters interact, how the dynamics in the group work, and just about hanging out. These are themes and plots that are quite familiar to frequent Hawks viewers, and he really shines tackling them.

While “El Dorado” is a well loved film, “Rio Bravo” here is the classic, often cited as one of the all-time great films by many critics and filmmakers alike. Quentin Tarantino also likes referring to it as one of the greatest “hang out” films ever made.