Leave it to Michael Haneke to leave you confused and uncertain. The legendary director and the winner of two Palme d’Or’s won his first award at the festival for this enigmatic but unpleasant film.

This is a story of repression, sexual and interpersonal, about exercising fetishes, about sickening obsession and damaged love. Isabelle Huppert is born to this kind of roles and as expected, she delivers, giving her maximum almost effortlessly. Some scenes won’t leave your head for days, but at the end of the day you will feel enriched for an unforgettable film experience.

A 3+ hour film about awful people talking about hollow topics (or rather, the topics are not hollow, just their knowledge of them), mostly sex, and showing how empty their lives are… and it works, almost perfectly! It captures the post-May 1968 mentality with realism and authenticity to such an extent that even those who haven’t experienced that (or weren’t even born then) can feel like they were there. The streets of Paris are live, yet they seem plastic.

Our three protagonists are are people with horrible personalities, feeling like they accomplished something in their lives, but in actuality are losers in some ways (Truffaut’s muse, Jean-Pierre Leaud, is the worst offender). The film is at the same time feminist in nature but also exploitative, yet it is done so delicately you can’t raise your voice. A perfect exercise in French art house realism. 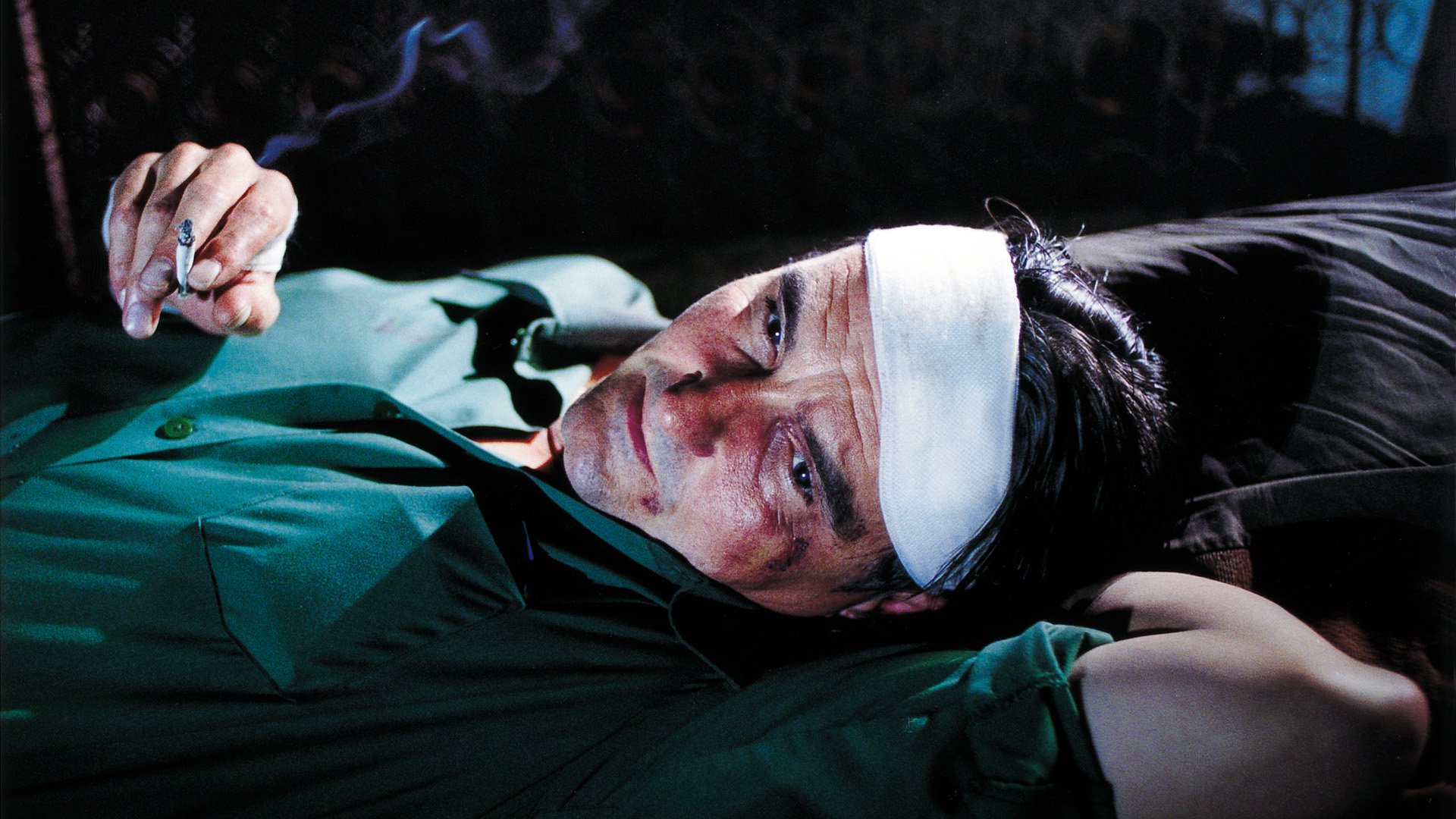 An unnamed man comes into a city, gets so violently beat up that he loses memory of who and what he is, and thus he is forced to live as a homeless person. All of this is happening while the actors show their best poker faces without a trace of emotion. This mix results in one of the best comedies of the 21st century. Kaurismaki knows his fellow countrymen well, so in one elegant way he shows the coldness of the Finnish people, while his trademark cynicism fulfills the film.

The viewer will either scratch their head or roll on the floor laughing while absurd situations, deserving of Kafka, play before them, such as the introduction of the “merciless” dog Hannibal or the robbing of the bank or the potato barter, all the while everyone presented maintaining their best glass look. A real refreshment on a list full of hard movies to get through.

While an owner of both a Grand Prix and an Oscar for Best Foreign Language Film, fate was cruel Elio Petri, so this feature became forgotten and obscure to many film lovers for years. Which is a real shame, having in mind what a quality piece it is. Our unnamed protagonist murders his mistress while trying his hardest to leave clues that lead directly to him. What follows in the next period is one part crime thriller and one part Kafka-inspired absurdist comedy. Bearing in mind that the murder occurs in the first few minutes a question is brought up – why?

At first it seems that our charlatan protagonist is just playing with the police force, sending away the message that he is the citizen from the title, out of reach for the law. With that, the film directly points the finger at the former fascist government, but also at the ruling class of the 70s, criticizing the corruption of the white collars and their unpunished crimes.

Gian Maria Volonte steals every scene he is in, skillfully showing all his arrogance and disdain. But as it shows at the end, he is one fragile, unstable creature who, while playing with power, actually hides his disappointing and pathetic love life. This film has been in the shadows for a long time, and it is time to change that. Watch it as soon as you can. 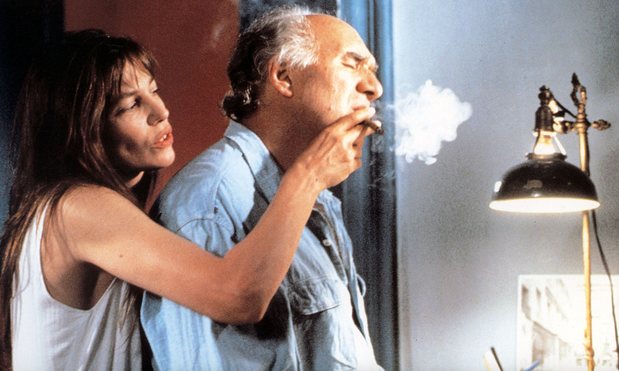 Clocking in at almost four hours, this is the longest movie on the list. It is also a slow burner, as it takes a full hour before the viewer can truly be sucked into the story. But once you enter that world, the only thing that is left is to sit back and enjoy. This is a tale about art, about creating a piece, and how much that affects the psyche and relationship of all involved.

Many scenes are dedicated to the art making process itself. Minutes and minutes, that sometimes feel like hours, are spent to show how the artist makes sketches and paintings, while he draws them, paints them, erases them and throws them in the bin… it is hard and excruciating work that requires a lot of energy. And then there are the characters. The movie is presented with a fantastic opportunity for development and it delivers on it.

The dynamic between the artist and his model is outstanding. On one hand we have Fraunhofer, whose only concern is to make an art piece, so he is ready to do anything to his model, break it if he must. On the other hand there is Marianne, a strong-willed girl, unwilling to became an object, unwilling to get her body and mind manipulated. They fight, they hate each other, they get drunk, and ultimately she becomes his driving force to finish the project.

While Emmanuelle Beart is naked for almost the entire movie, it never feels that the movie exists only for primal sexual functions; everything seems much about something much higher.

The rest of the cast, especially the amazing Jane Birkin, serve their roles amazingly, as people from the side affected by the turmoil. It is an artist making a movie about making art. A challenging yet profoundly affecting piece that every aspiring filmophile should see. 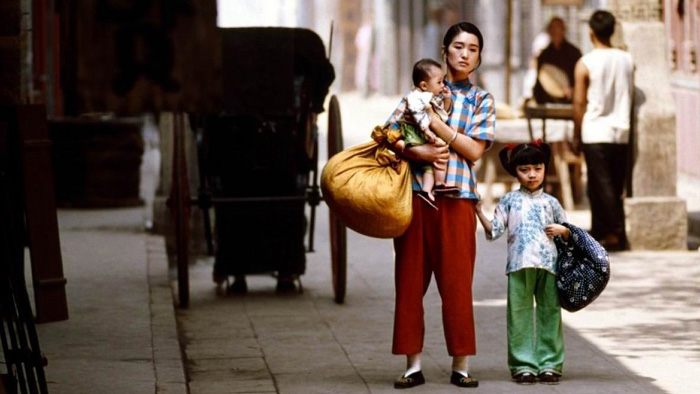 With the works of the fifth generation, China (PR) reappeared in the view of world film lovers and festivals, collecting some important awards along the way. The highlight was reached in 1993 when “Farewell My Concubine” won the Palme d’Or. But the best of the group ended up with “only” a Grand Prix the next year. Given that the year was 1994, it is understandable. In a little more than two hours we get a striking display of the turbulent history of China in the middle of the 20th century.

Three distinct periods are pictured here: the civil war between Mao’s reds and Chiang Kai-Shek’s republicans, the Great Leap Forward (or the great Chinese famine) and the Cultural Revolution, all of these events are viewed from the point of a wronged working class family who ended up in that situation because of the father’s uncontrollable gambling (in an ironic twist of fate, this deed seems like a gift from heaven).

Heartbreaking scenes of misfortune alternately switch with warmth-filled, yet short, scenes of happiness, so the viewer is constantly on an emotional rollercoaster.

Like the other works in this wave, the scenery is quite a sight, and the ambiance, alongside the atmosphere, slowly but surely draws in the viewer to its unpredictable world. Even with the subtlety of metaphorical critique of Mao and the system, the movie was banned for years to Chinese population (a similar case to “Devils on the Doorstep”), but the victory was on the side of the film.

The master’s swan song. An end to a rich and unique career. Even during the production, Tarkovsky knew he was dying, so it comes as no surprise that he touched on the theme of death. Also, given the year was 1986, the height of the second nuclear fear, the theme of nuclear holocaust was also present.. But the one theme that prevailed in this picture is the one present in the title – the theme of sacrifice, the theme of regret.

Pursued by the government until he left for western Europe, Tarkovsky gave his life for his profession, while leaving behind his family and loved ones. This pre-death sorrow for his irreparable actions he translated into the characters in this movie.

It is, like all his previous works, a piece of beauty in about vision and narrative, but like “La belle noiseuse”, it takes time to get into; the film really starts to grow masterful once the sirens are heard and when the screen turns sepia. That’s when the magic begins – that is when this fainting artist shows us why he is one of the best. A perfect fit for the end.

Honorable mentions: Breaking the Waves, I Even Met Happy Gypsies, The Enigma of Kaspar Hauser, Siberiade, Solaris, The Kid With the Bike, Inside Llewyn Davis. (Note: “Solaris” would’ve been on the list, pretty high up, but I decided to go with lesser-known films, as I wanted to showcase some other, also impressive directors’ works.)

Author Bio: Kosta Jovanović is a defectolgy student from Belgrade, Serbia who in his free time (and he has a lot of it, for better or for worse) watches movies from all genres and all countries. While he wants to make films himself one day, for now he is focused on his writing and film critique career.