Troubled art student Henry (Ryan Gosling) somehow survives a disastrous car accident but shortly thereafter visits a psychologist (Ewan McGregor) and says he’s going to kill himself in three days just before his 21st birthday. The psychologist then races to find a way to save Henry’s life, only to find that the further he investigates who Henry is, and the dark world he inhabits, the more his sanity seems to be slipping away. This leads to a twist ending that throws everything that had come before it into question.

Twist endings can often ruin a movie, often coming across as a cheap narrative cop-out, but Stay’s twist works because of how well the film constructs its narrative leading up to the twist. Its complexity comes from the careful construction of its visual style, which works as a guide to clue the viewer to its conclusion.

Shane Carruth has already appeared once on this list with Primer, but Upstream Color somehow outdoes that film’s obscurity by depicting the psychological effects of some complex parasite that puts people into hypnotic states instead of time travel as a vehicle to create an experimental narrative structure. Upstream Color follows the aftermath in two people’s lives after they are drugged by a mysterious parasite by criminals that put them into highly suggestive hypnotic states, in which they handed over all their money and possessions, only to wake up later with no memory as to what has occurred.

But Carruth never met a narrative he couldn’t confound, so the narrative seems to take the perspective of the stages of life of the parasites. Interspersed with glimpses of the two victims are vague scenes of a pig farmer, who harvests the organism from one of the victims that he injects into one of his pigs as he records sounds of nature. One victim, a young woman, seemingly telepathically connects with a young man and the two begin a relationship, only for both to realize they were victims of the same hypnotic parasite.

While Primer was confusing, Upstream Color is often bewildering. Beautifully shot and intriguing, Carruth still made an increasingly obscured narrative that never clears up, even at the end. Another puzzle to be sorted and put together in the viewer’s mind, Upstream Color is a movie about cycles–cycles of life, behavior, and acceptance. A complex movie that moves perpendicular in time, this sci-fi film is a fascinating and mysterious work of art.

Terrence Malick is one of the most brilliant directors of the 20th century, and although he took a 20-year break from making films, the 21st century saw him ramp up his film production by making as many films in a decade as he had in the previous 30 years.

The Tree of Life depicts the life of a man (Sean Penn) who is suffering from an existential crisis in the modern world. Haunted by memories of his tragic past and difficult present, the film lurches into this centerpiece to suggest that the context of our daily lives are both incredibly small and yet connected to the vast, unknowable universe we live in. The heart of the film hinges upon a spectacular sequence that begins at the grand birth of the universe to the end of the dinosaurs. It’s a spectacular sequence that leaves any viewer moved at its spectacle and scope.

The film, when taken as a whole, is also a staggeringly complex, mysterious film that attempts to quantify perhaps the totality of life in the universe and man’s place within this scope. It may not be for everybody, but—like Interstellar’s staggering scope—The Tree of Life is an undeniably impressive achievement in film.

David Mitchell’s Cloud Atlas has been one of the best novels of the 21st century: a novel that is made of six nested stories that starts in the South Pacific in the nineteenth century to the distant, post-apocalyptic future, each story ends and the next begins with a character reading or watching the previous story. It’s a novel that explores the concepts of reincarnation, predacity, and the universality of human nature. In other words, it’s a novel that would be impossible to translate to the screen.

Or so it would seem. The Wachowskis (makers of The Matrix series) took on the near-impossible challenge of adapting this incredibly complex novel to the screen and largely succeeded. The only problem is, unless one read the novel it’s a rather bewildering film to watch. Chalk this up to the difference between novels and films: novels can literally relate anything, in any perspective, in any manner using any narrative structure that can be imagined.

Which is great, but when this is replicated on-screen—as the film version of Cloud Atlas so bravely attempts—the effect can be difficult for those unfamiliar with the source material to follow. A big-budget box office bomb, Cloud Atlas is three hours long, faithfully replicates the innovative source material, and has a visual and narrative ambition few films would dare attempt. 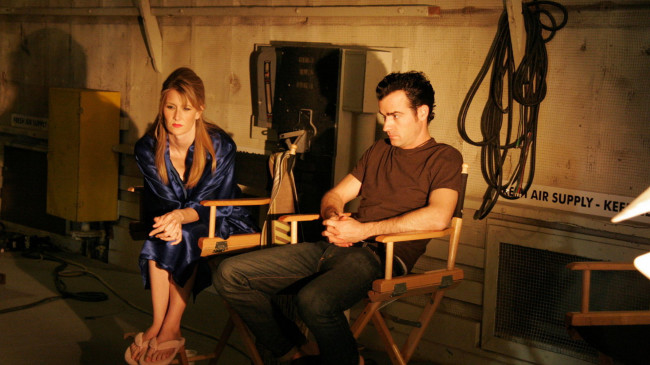 David Lynch has never been the most straightforward director, and his films are often visually and narratively complex puzzles for the viewer to decipher. But Inland Empire—his latest (and potentially last) feature film—is his most opaque. A three-hour-long film that follows an actress who seems to lose herself in her latest role, Inland Empire is also about a prostitute, an unfaithful wife, and a room full of humans wearing rabbit costumes…who may all be the same person. Or something.

Since Inland Empire almost actively resists easy interpretation, and it’s Lynch’s longest and most complex film, deciphering its ultimate meaning (or meanings) is an activity that only the most obsessed Lynch fan would undertake.

Fortunately, since fans of his work are so passionate about unraveling the symbolic and narrative knots he ties in his work, there have been many and articles written online on what Inland Empire’s story is and ultimately “means.” Whether or not any of them are right is another question, but that’s part of the mystery and fun of Lynch’s work—and what makes Inland Empire perhaps his most fascinating work.