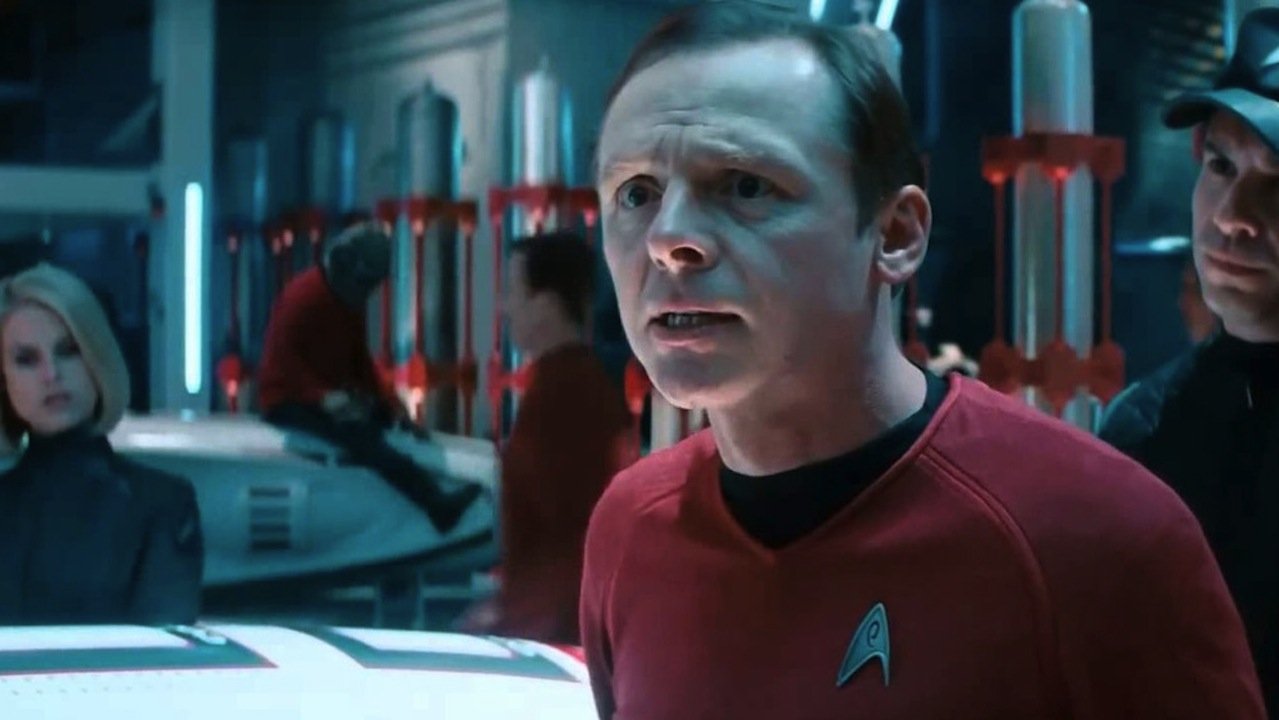 Bringing the adventures of the Enterprise to a new generation with a new cast and style, “Star Trek” is a re-imagining where we see the crew embark on their maiden voyage.

Appearing at about the halfway point, Pegg’s Montgomery “Scotty” Scott is a breath of fresh air to the mostly reserved crew. He’s the only Enterprise member we haven’t met at that point, and when he shows up we can’t help but smile.

He comes bursting through with his radical energy of an Irish stereotype. Drawing from James Doohan’s original, iconic turn as the character, Pegg adds his own flair to it. The moment he utters one of Scotty’s famous lines “She can’t take much more, Captain!” in that thick Irish accent, you can’t help but laugh.

Pegg certainly adds a sense of fun and energy to the new crew that just wouldn’t be the same without him. The sequels may have given his character more screen time and more to do, but Pegg’s first performance of Scotty will always have a certain freshness to it. 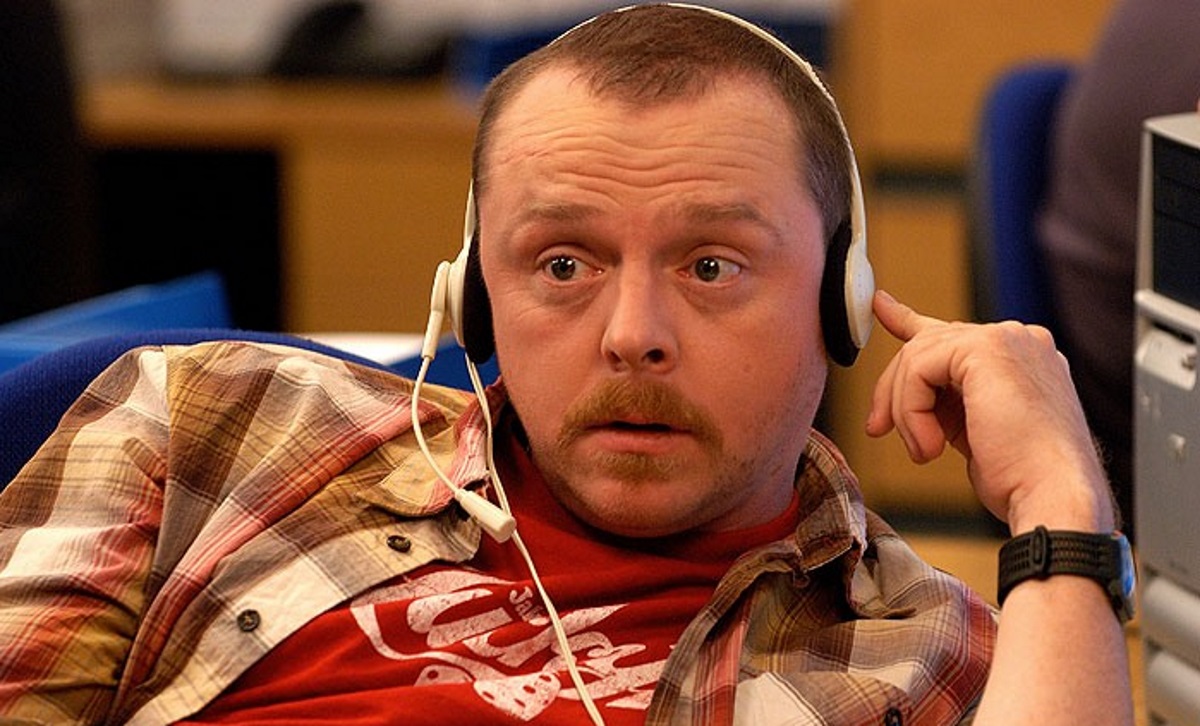 Jean-Baptiste Andrea’s criminally unseen black comedy crime caper may have been a bit too dark for mainstream audiences, but that’s exactly what makes it so enjoyable. It’s a smart and restrained picture that’s contained by its perfect performances and Andrea’s controlled direction.

To many, Pegg may seem typecast, but he’s always been a versatile actor whose more different roles were either on television or in unseen films. The man can play almost any role and make it work. Here, he steals the show as the foul-mouthed everyman who has repressed rage.

While he provides most of the laughs, he’s also a dangerous man. A testament to his talents, he plays both sides well. He’s is just as believable manically pointing a gun here as he is geeking off in his other roles.

The third and final film in the “Three Flavours Cornetto” trilogy sees a group of friends trying to reconnect on an epic pub crawl in their home town. As they get drunker, things get weirder, as they discover that their town has been overrun by aliens.

What truly makes the “Three Flavours Cornetto” films one of the best trilogies, like ever, is how each subsequent film does something different while keeping the spirit and heart of the series intact. Switching things around, this time Pegg plays the loser while Frost plays the serious guy.

There’s something sad and tragic about Pegg’s portrayal as Gary King, whether it’s his skinny appearance and all-black attire, or his refusal to move past his childhood and glory days. King actually looks sick, something that’s never properly addressed other than his suicide attempt, which makes laughing at him (I mean with him) uncomfortable. Or maybe it’s just the effects of aging on Pegg?

There’s an uncomfortable energy to King’s shenanigans. We never really get to know him; sure, we know a lot about the young Gary King, but not much about his present, older self. Gary King is the most layered performance Pegg has ever given; he is a manipulator, a liar, delusional and selfish. Yet, in typical Pegg fashion, we can’t hate him, even when he borders on annoying.

Sgt. Nicholas Angel is so good at his job that he gets “promoted” from the crime-filled city to the sleepy country because he makes all the other cops look bad. Finding it hard to adapt to his new crime-free environment, he becomes convinced that a series of fatal accidents are all connected. Or are they?

“Hot Fuzz” is one of the most well-constructed scripts ever written. There isn’t a single wasted scene, line of dialogue or action sequence. Taking one of the greatest ensemble casts Britain has ever produced and filling it with quirky characters gives it a certain charm. Pegg’s Sgt. Angel seems to be the only person from the real world here.

Showing his versatility again, Pegg went from the lovable slacker in “Shaun of the Dead” to workaholic police officer here. He’s totally believable as an action hero who takes himself way too seriously. While “Hot Fuzz” is indeed an homage to police action films, Pegg’s performance could’ve become a parody, but it never does.

As the countryside and Nick Frost’s Constable Danny Butterman start to grow on him, you start seeing subtle changes to his arc. And while Frost delivers all the laughs, Pegg is the voice of reason in a small town that’s filled everything but.

Shaun lives like a zombie most of his days, but when the people he cares about start demanding he take more control of his life, that’s exactly what he does when the zombies start rising.

It may seem prejudiced to have all three of Pegg’s “Cornetto” trilogy performances ranked one after the other, but he does give his best work when he’s with Wright. Co-writing all three films with the director, Pegg has more say in the type of characters he ends up playing.

While the world was introduced to the team in the classic cult series “Spaced”, it’s here where they first showed their talents in the moviemaking business. And the rest, as they say, is history.

It’s here where Pegg proved himself not only as a comedic actor of note, but an actor of note all around. Some of the film’s best moments come from its more dramatic scenes. Shaun’s love and devastation at his mother’s death, his hatred and eventual acceptance of his stepfather, and of course, his heartbreak when his girlfriend Liz dumps him.

At a turn of Wright’s now trademark rapid editing cut, the film shifts from comedy, drama and genuine horror, and it’s all anchored by Pegg’s powerful performance. For a middle-aged man, Shaun does seem to cry a lot, but so do many man-children his age, and Pegg sure brings those waterworks.