8. The Extraordinary Adventures of Adèle Blanc-Sec (2010)

Imagine a fin de siècle Indiana Jones/Lara Croft hybrid and you’ll get some idea of who Adèle Blanc-Sec is. Another adaption of a graphic novel, this is based on “Adèle and the Beast”(1976) and “Mummies on Parade”(1978) by Tardi.

An experiment involving telepathic techniques goes awry and pterosaur hatches out and runs (flies?) amok spreading death, destruction, and scandal. Novelist, journalist, explorer, and Egyptologist Adèle (Louise Bourgoin) finds herself embroiled in the efforts to get the beast back under control.

Back in the French language again which may account for the relatively low return, $34.1 million from $29.4 million, despite generally positive reviews. 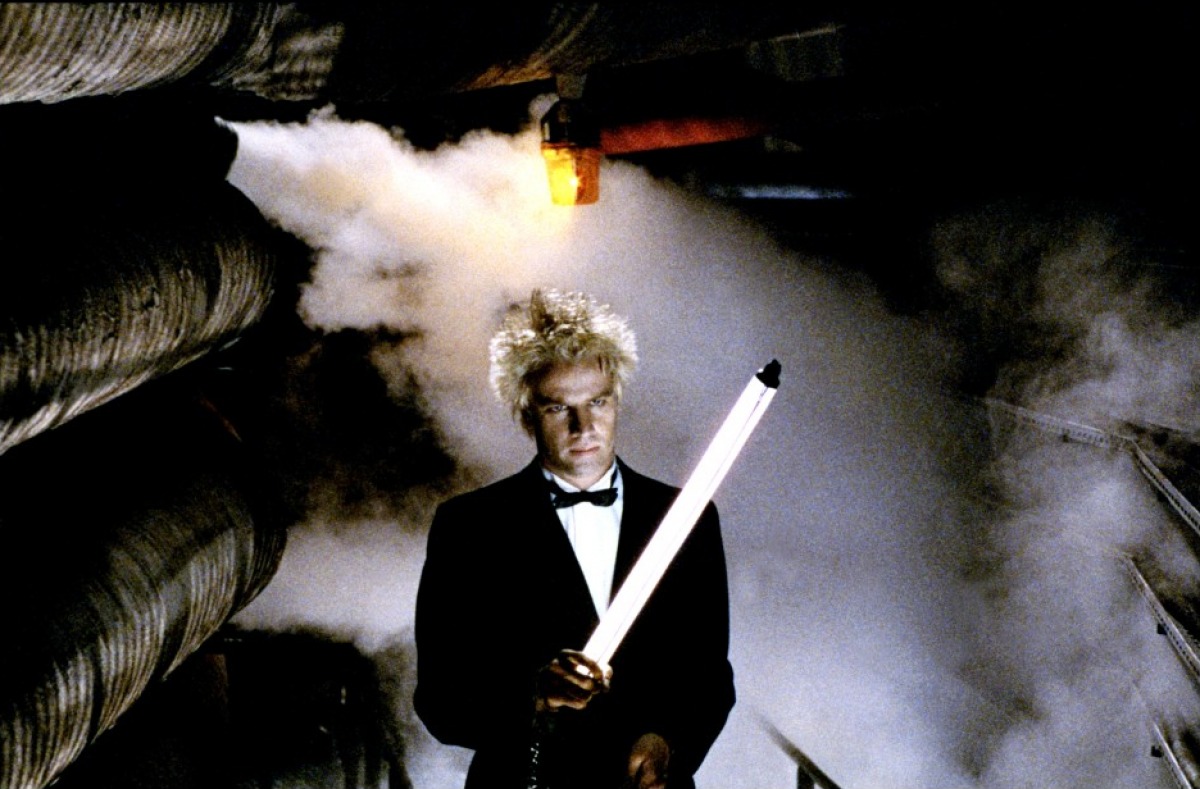 Fred (Christophe Lambert) steals some documents from Héléna (Isabelle Adjani) so he can blackmail her. He goes into the Paris Metro just before it closes and hides away down there amongst the colourful characters who inhabit the underground tunnels.

This film shows why Besson was hailed as one of the leading lights of Cinéma du Look; a pure exercise in style. The plot is unusual in that it is not so much hard to follow as hard to find. The cast includes names you have heard of but you might not recognise them. As well as Christophe Lambert (before he went to Hollywood and added an ‘r’) and Isabelle Adjani, there are performances by ‘so young they’re hard to spot’ versions of Jean Reno and Jean-Hugues Anglade. 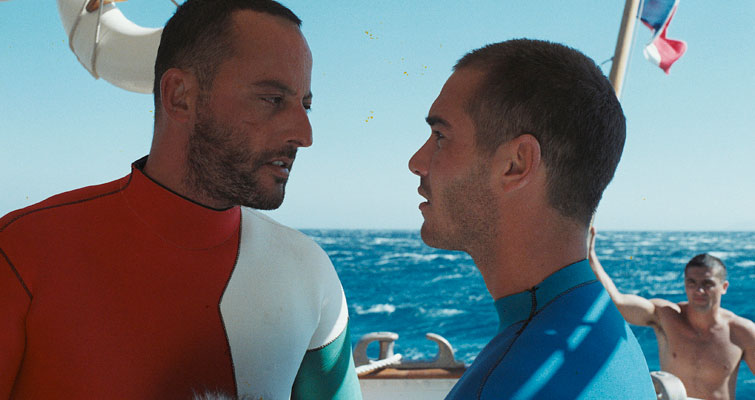 The rivalry between two free divers who have been friends since childhood form the basis for this beautifully shot tale of obsession and love.

Besson draws on his previous life on the Club Med diving circuits for this tale of competitive free diving. Based on two real divers, this is the story of Jacques Mayol (Jean-Marc Barr) and Enzo Maiorca (renamed “Enzo Molinari” and played by Jean Reno), and Mayol’s fictionalised relationship with his girlfriend Johana Baker (Rosanna Arquette).

Another magnificently shot film; big chunks could be used as adverts for Mediterranean vacations. If you had the same sort of holidays that I had, then it’ll take you straight back to hot summers, clear seas, driving a battered Fiat 500 round the Greek isles… 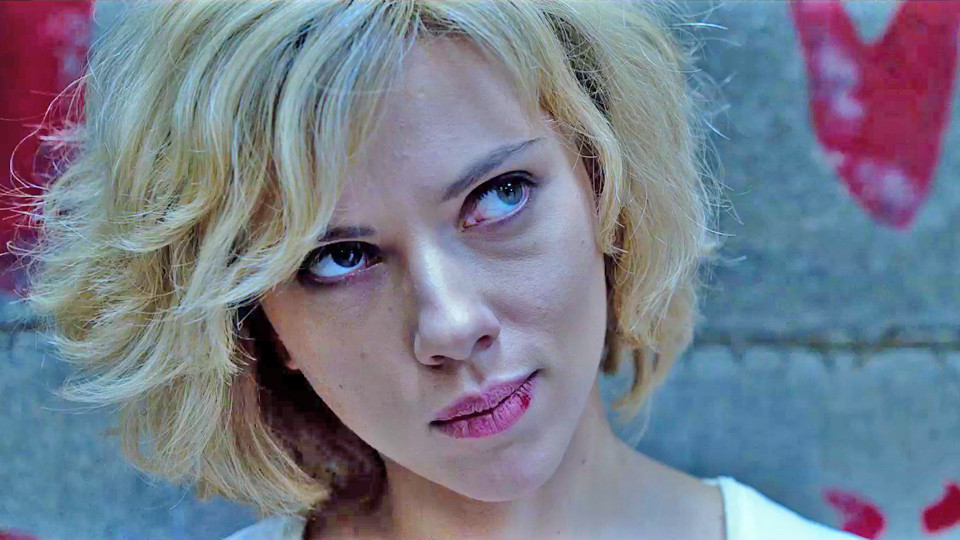 Lucy (Scarlett Johansson) is a young woman with a poor taste in boyfriends. She gets pulled into a drug smuggling ring after having the drugs sewn into her abdomen. She gets kicked in the stomach, breaking the bag, and realising the stuff into her system. However this is not your ordinary uppers or downers; this stuff is a synthetic form of a volatile substance produced in minute quantities by pregnant women to provide foetuses the energy to develop.

As the stuff rushes through her it starts to affect her brain. The old ‘we only use 10% of our brain, what would it be like if used more’ scenario is the central premise allowing Lucy to develop mental capabilities, such as telepathy, telekinesis, mental time travel, and the ability not to feel pain or other discomforts.

Financially this is Besson’s biggest success, returning $463.4 million from a budget of $40 million. It can’t only be down to the pulling power of Scarlett Johansson, Morgan Freeman, and a well edited trailer, can it? Good reviews helped; ‘Lucy is the best film he has made in a very long time’, The Independent, ‘supremely silly and pleasurable action movie’, The Times, ‘Besson’s most enjoyable bad movie in ages’, The Guardian. There are plenty more in a similar vein.

I have to admit that I really enjoyed the majority of this film. The first 80-90% was good but the ending was a bit, well, off as far as I was concerned. It seemed a bit like they got to that point and just ran out of ideas. Also the ending seemed pretty terminal as far as Lucy was concerned but what do I know. Lucy 2 is in development.

Action adventure time again but with an eco-theme. Starting with a brief history of how Alpha (the city of 1,000 planets from the title) was developed. A peaceful and relatively primitive society gets wiped out. In short, the bad guy destroys a civilisation and the good guys save it.

Another trip to the comic book store for this one. A French comic that I’d never seen, so the whole story was new to me. I guess that comparisons can be drawn between Valerian and Star Wars (the multi-dimensional market and so many different characters) and Avatar (the look of the people of Mül are similar to the Naʼvi of Pandora) but you need to bear in mind that the original source material dates back to 1967.

The look of the film is, as always, beautiful; Luc Besson and Thierry Arbogast work their magic yet again. The story bounds along quite nicely and the two and a quarter hours flew past. My only problem is the up and down casting. The ups are the cameos from Herbie Hancock and Ethan Hawke, and Clive Owen being the archetypal, British bad guy. Cara Delevingne is a fun and feisty Laureline.

The downs for me were the other lead (Dane DeHaan looks like he should still be in school) and Rihanna who was only in the film so that they could say she was in the film. She was in it for about 20 minutes and did absolutely nothing to move the plot along; reminded me of all the fuss and anticlimax over Darth Maul in The Phantom Menace. 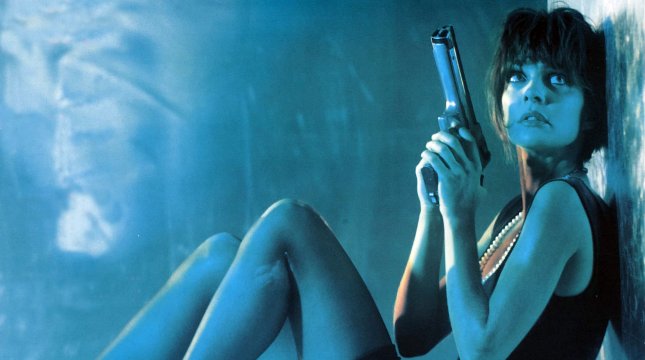 Remade in the USA and Hong Kong and spun off into a couple of series this is the original. Beautifully shot, perfectly cast, immaculately acted, and (despite being one of the founding films of ‘Cinéma du Look’) one hell of a story. Personally speakin,g this was my introduction to Luc Besson so I may hold it in a bit of a soft spot.

If you’ve seen either of the films or TV series, you’ll know what happens but, just in case, here’s a précis…

Punk junkie Nikita (Anne Parillaud) shoots a cop and gets arrested. Gets absorbed by the secret services and trained as an assassin.and sent out on secret missions regardless of what else is going on in her life.

As well as Anne Parillaud, the cast includes Tchéky Karyo as the security liaison Bob and Jean-Hugues Anglade as Nikita’s lover Marco. Throw in cameos by the, sadly, recently deceased Jeanne Moreau as Amande, who teaches Nikita how to be a woman, and Jean Reno as Victor “The Cleaner” and it’s hard to find anything to fault in this film. 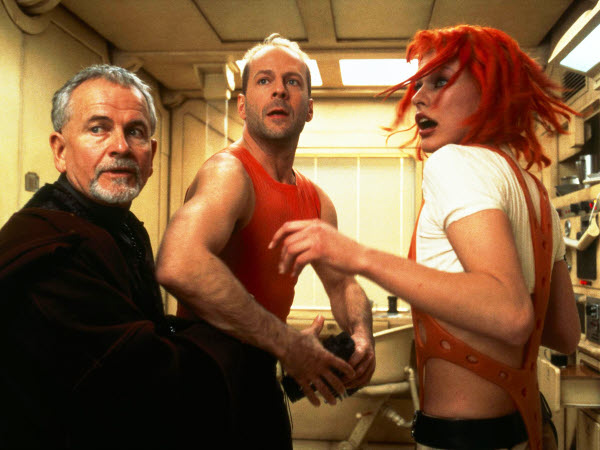 In the 23rd century, a taxi driver and an alien rebuilt from a DNA sample have to save the world from alien and domestic bad guys. Bruce Willis plays cabbie Korben Dallas, Milla Jovovich is Leeloo the alien, and Gary Oldman is on great form as the uber baddie, Zorg.

The story was started when Besson was in his teens and the success of his last few films meant that he got the budget to finally make it. Rumour has it that he was considering making a film based on one of his favourite comics (Valerian!) but decided that the special effects weren’t advanced enough so he went back to his teenage self’s story.

The images are, as always, spectacular and captivating. Bruce Willis puts in a good performance, but you do feel that he could have been given more to do. Milla Jovovich takes a strange role but makes it work. However, they are both out-shined by Gary Oldman; once again he hits the right note and takes over every scene he is in.

A corrupt DEA cop (Gary Oldman) wipes out a family in a drug fuelled tantrum caused by some of his stash going missing. The 12 year old daughter, Mathilda (Natalie Portman in her debut), survives because she is out on an errand and turns to a neighbour’s house. The neighbour is Léon (Jean Reno) who happens to be a professional hitman. They develop an unusual relationship…

Besson starts the move across the Atlantic by shooting the exteriors in New York while the interiors were shot in France. Jean Reno plays a role similar to to Victor the cleaner in Nikita but with a touch more humanity. Gary Oldman is fantastic as the demented, corrupt, drug addled DEA agent, Norman Stansfield.

The elephant in the room is the relationship between the adult male and pre-teen girl, but when you see the characters, it doesn’t take long to realise who is the more mature.