4. It shows how war affects its characters emotionally

How do you make a war film that isn’t a military recruitment video? It isn’t easy. As A.O. Scott noted in The New York Times, “It is in the nature of the moving image to give pleasure, and in the nature of film audiences—consciously or not, admittedly or not—to find pleasure in what they see.” That presents a problem for directors who want to chronicle the living and dying of servicemen in a crowd-pleasing medium that pairs all too easily with a large Coke and a bucket of greasy kernels that vaguely resemble popcorn.

Nevertheless, it is the duty of every war movie director to at least try to avoid glamorizing their subject matter. Happily, Nolan succeeds in that venture, mainly because there isn’t a propagandistic bone in his trench coat-covered body. You get that the moment we see the haunted, eerily still faces of soldiers who have left the beach behind, but the film’s anti-war bite is at its sharpest during Murphy’s scenes.

Thanks to Nolan’s overlapping time scheme, we get to see Murphy’s character almost simultaneously as two men: a confident soldier who calmly refuses to help a group of men adrift in the sea, and the man on Dawson’s boat who’s so shaken by the war that he almost seems deliriously amused that anyone would choose to sail into a warzone.

It’s a chilling performance, and it only gets more unnerving when the soldier panics violently and mortally wounds George in the process. That makes George the only major character in the film to die, and the fact that he’s killed not by the enemy, but inadvertently by a traumatized ally, offers a clear declaration of who the villain of “Dunkirk” is: not the Germans, but the war itself.

5. It offers a unromantic but compassionate portrayal of the soldiers who fought at Dunkirk 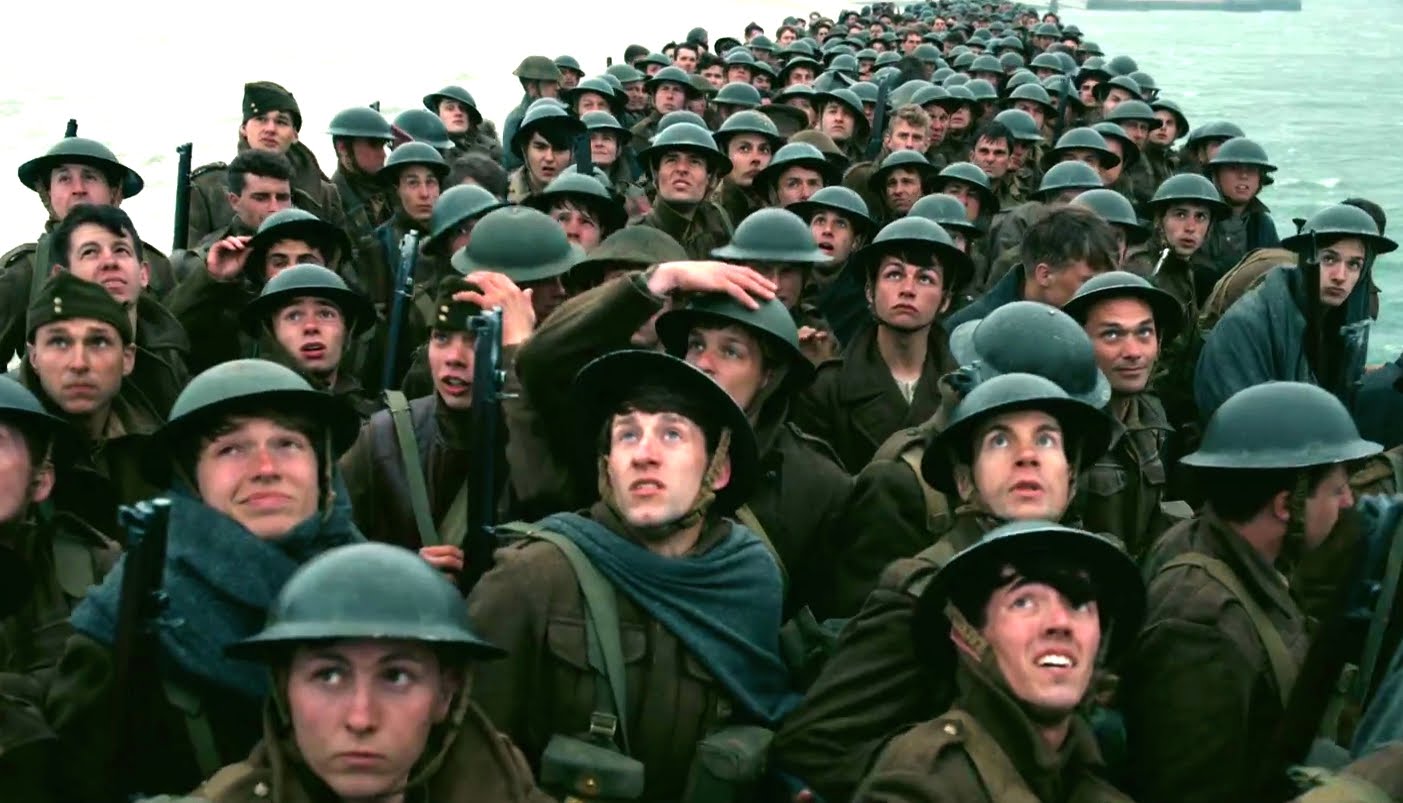 If you want to see what an awful version of “Dunkirk” might have looked like, watch “Megan Leavey.” That recently released dud may have been about the Iraq War, but it bumbled into a trap that could have easily ensnared Nolan: it was so eager to praise and please the military that it became frictionless, soulless, and bland, with no hint of the rough edges that might have made its real-life marine protagonist less likable and more interesting.

That’s not to say that Leavey or anyone else who has served their country doesn’t deserve to be cinematically honored. But whatever a filmmaker’s intentions, to whitewash a soldier’s life and deeds (which is something that even films that are honest about the horror of war sometimes do) is to dehumanize them—a problem that Nolan deftly avoids. “Dunkirk” may be about courage and sacrifice, but it’s also studded with acts of cowardice that complicate the idea of “Dunkirk spirit” (a phrase defined by Lucy Rodgers on bbcnews.co.uk as “courage and unity in the face of adversity”).

With needling persistance, Nolan prods at those less-savory elements of the story, including an early scene when Tommy joins a line of soldiers waiting to depart the beach and is told that he’s not welcome with in particular group. It’s a telling scene because it reveals that even in a life-and-death situation, not everyone is willing to rise above petty acts of cruelty (a failure that’s understandable, given what the soldiers have been through).

Something similar happens when Tommy and several of his allies get trapped in a beached boat that the enemy appears to be using for target practice. After bullets strike the fragile craft, a fearful Alex raises a sickening suggestion: Why not send Gibson (who he falsely accuses of being a German spy) outside to see what’s happening, even though he’ll likely be killed? Tommy protests that this is “not fair,” but Alex rebuffs his objection with a snotty declaration: “Survival isn’t fair!”

Maybe it isn’t, but that’s not really the point. Alex’s eagerness to sell out Gibson (who saved his life just a few scenes ago) reveals how fully fear has consumed these men, eating away at their heroism—something that Nolan regards not with condemnation, but with compassion. When Dawson calmly but firmly sets George straight after he asks if Murphy’s character is “a coward,” it’s as if he’s speaking for Nolan, who allows you to sympathize with every soldier on that beach by refusing to trivialize or sanitize their experiences.

6. It values sacrifice as much as victory 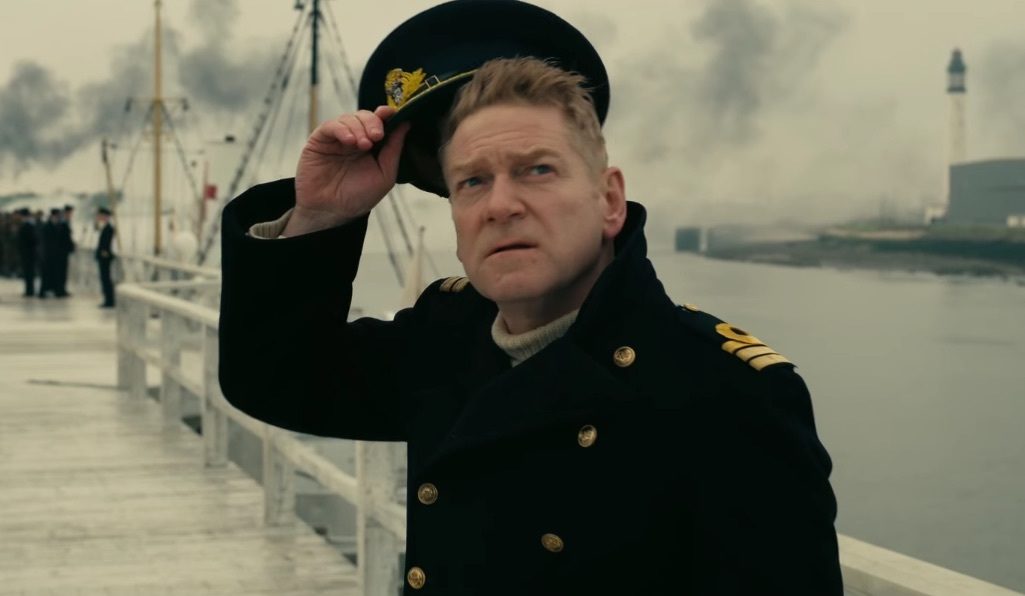 Of all the main characters in “Dunkirk,” the one we learn the least about is Farrier. Whatever his life was like on the ground, we’re never told anything about it—when we meet him, he’s already in flight, soaring in formation with two other Spitfires.

Yet despite the fact that Farrier remains an enigma, he is in some ways the fulcrum of “Dunkirk.” Why? Because near the film’s end, he makes a decision, a decision that crystalizes the idea that powers the movie: that the only way to prove Alex wrong and make survival somewhat fair is to be willing to make a massive sacrifice for the sake of others.

Farrier does just that when he realizes he’s low on fuel and is forced to decide between two courses of action: use what little fuel he has left to return to England, or press on and protect the soldiers on the beach, damn the consequences. It’s a call that few people would want to make, but Farrier swiftly chooses to keep flying. Ultimately, he saves Bolton and countless others and, having let run his fuel dry, is left to glide smoothly, preparing for a landing that he must know will end in death or capture.

Nolan forces us to feel the sting of Farrier’s defeat, which is fitting; after all, when “Dunkirk” ends, the war is far from over. Yet the movie still inspires because of Nolan’s apparent conviction that Dunkirk spirit came not only from people who strove for victory, but from people who were willing to help others in the midst of a seemingly impossible situation—people like Bolton (who risks his personal safety to stay behind to help evacuate French forces); Peter (who lies about George’s fate to give Murphy’s shivering soldier some peace of mind); and Farrier (whose selfless last stand is unforgettable).

We see the result of that kind of dedication after Farrier lands and we get a glimpse of his face free of his pilot’s mask. And while you might expect to see his visage clouded by terror, he looks calm as he watches the flames dance across his Spitfire (he sets it ablaze so the Germans can’t capture it). After all, he did what he had to do—and in this era of rampant bigotry and violence, we’ll probably all have to make sacrifices of our own if we don’t want the bravery of men like him to have been for nothing.