Ben Wheatley brings us the absolute world class mastery of genre twisting as the movie contains an unprecedented number of two shifts of genre. “Kill List” begins as a kind of marital comedy-drama placed somewhere between “Who’s Afraid of Virginia Woolf” and “Married… with Children”.

Then the job the main male character is eager to avoid turns out to be – I don’t think it’s much of a spoiler as the very title of the film suggests it – a hitman (which by the way makes his oppressive, concerned about money, virago wife a somewhat pedestrian Lady Macbeth).

The series of murders – all of which seem quite casual and routine, just like in Wheatley’s other films – reveals a perplexing intrigue leading to one of the most confusing and staggering endings ever, that is bound to make your jaw drop open.

One day a 40-year old guy comes up with the idea of reuniting with his schoolmates to finalize their drink-a-thon they had begun twenty years before. Sounds like a decent starting point to a bromantic comedy, right? And for about half the film this potential heads toward being fulfilled as the cheerful spirit collides with common reluctance to embarking on a trip down memory lane.

The one-time friends turn out to have become different people over the years; hence the forced get-together might only result in awkwardness and incongruity. It evokes an impression both funny and pitiful, which we expect to escalate during the plot’s course.

Suddenly aliens appear, pushing the narrative in an entirely different direction which is mainly survival from then on. Ok, it still remains a kind of buddy movie and an amusing one, although the reflective, thought-provoking mood of the real-life situation fades away forever. And if you are familiar with the other films by Edgar Wright you must probably realize that a happy chaotic riot is the only way he knows to finish a story. A little bit sad.

Imagine that the schizophrenic from “Take Shelter” is so willing to help other people survive a hypothetical apocalypse that he turns into a maniac similar to the bad guy in “Room”. At the very beginning it seems like “10 Cloverfield Lane” would present a story about a Brie Larson-like victim from her perspective, but then a series of what-ifs occurs.

What if the would-be antagonist doesn’t want to hurt anyone? What if he’s right about the armageddon? What if he’s not? Swinging between the probabilities of each hypothesis in the course of narrative makes for a really fine piece of filmmaking. The final answer brings a genre twist likely to surprise you regardless of what you might expect. 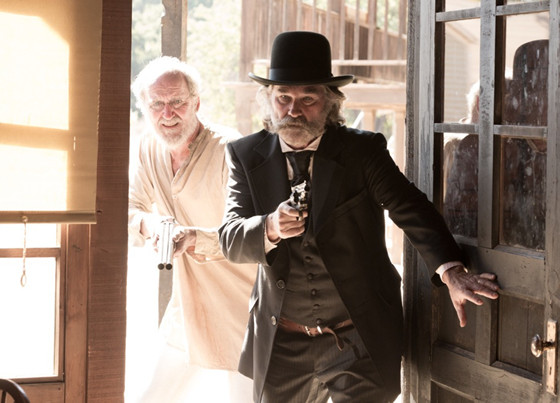 Undoubtedly the most coherent film on the list, but still – who would expect a good old western story resembling John Ford’s “The Searchers” to unfold into a horror gore? Especially if the film appears so low-key at first glance, filled with marvelously realistic little scenes like for example the one with consuming a soup which is surprisingly mistaken for tea and spat out miserably as it’s too hot for the old backup deputy.

The right place for people who do that is in Ken Loach’s films, not in slashers. Just kidding – this transition to slaughter is priceless and a naked man being bisected with a tomahawk is nothing short of must-see.

It’s the only pick where a genre twist happens not in course of a single movie, but within a whole film franchise. The most surprising thing about “Mad Max: Fury Road” wasn’t just the enormous pleasure this action-obsessed flick gave us but the fact that it inherited so much from the second installment of the series and fortunately alienated itself from the third.

In fact, however, the movie resembles Blaster, the half of its most notable character – tough and fearsome on the outside, unexpectedly innocent and babyfaced under the mask. It quickly turns out that the bunch of kids loitering on the screen depicts the film’s target audience.

Maybe we didn’t need another hero back then, but did we need another “Goonies” in 1985? Let me just mention that in the original film Max lets a man die, leaving him with the illusory hope of escaping the inevitable explosion by cutting his leg off. Is the Jigsaw of 1970s a good material for a babysitter? Think about it.

Author Bio: Maciek Kryński is a marketing specialist graduated in film studies. He is also a publisher in Polish magazine for professionals in audio-visual field “FilmPro” and the Co-author of “The Film Culture of Contemporary Lodz”.