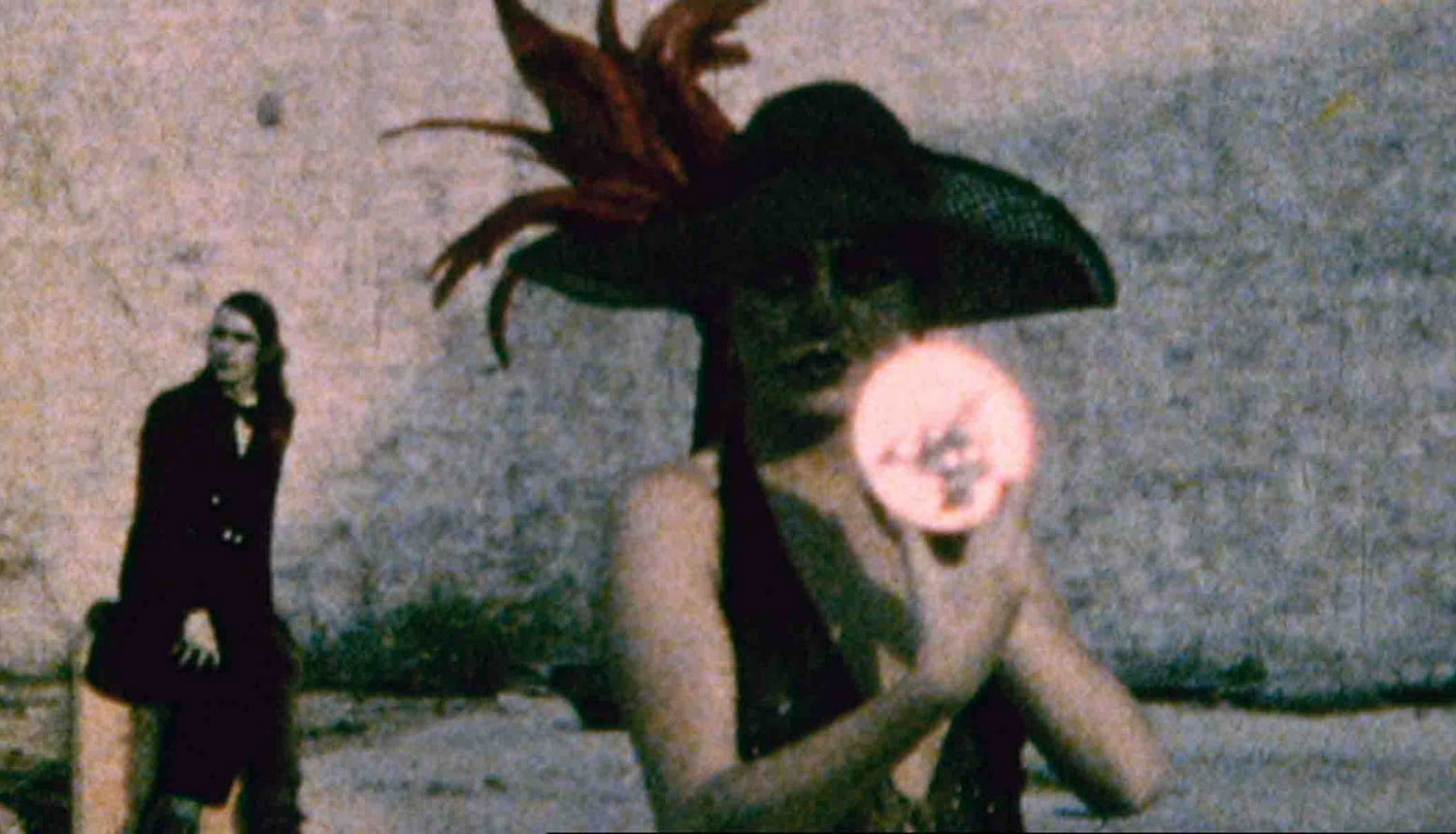 During his career, Derek Jarman’s work has always been strongly related to music; before adapting for the screen Benjamin Britten’s “War Requiem” in 1989, Jarman collaborated with many musicians from the rock and avant-garde scene such as The Smiths, Pet Shop Boys and Coil. In 1971, he hired the Industrial Rock band Throbbing Ghristle (which included the future leader of Coil, Peter Christopherson) to score his experimental short feature “In the Shadow of the Sun”.

The film is one of Jarman’s most mysterious and eccentric works, a long cavalcade of disturbing images at a slow and unpredictable pace. The ensemble deeply understood the film’s nature, so that the soundtrack they provided for the film develops in the shape of long atonal improvisations, a vibrant mixture of pulses, heavily filtered choirs and electronics.

The music for “In the Shadow of the Sun” helps the director fulfill his task as an artist, also showing to be a masterful experiment in free-form composition.

Many people consider “Suspiria” to be Dario Argento’s masterpiece: after imposing himself as a master of thriller film with “Deep Red” in 1975, the Italian director felt ready to venture into the territory of pure supernatural horror, with a story of witchcraft and murders set in a dance academy in Freiburg: the result was a conturbating, powerful work, in which the stunning cinematography and editing concurred to generate a nightmarish atmosphere.

However, “Suspiria” would not be so scary without the soundtrack composed by the Italian rock band Goblin, led by keyboardist Claudio Simonetti and with whom Argento had already worked for “Deep Red”.

Goblin’s score is a breath-taking dive into Argento’s world of nightmares: childish carillons, distorted voices and spectral choirs, dissonances and percussion cavalcades are the elements by which the band interpret the mood and atmosphere of the movie. Goblin’s score is still considered a landmark in sountracks for films, which influenced the work of many other filmmakers and musicians such as John Carpenter in his mature years.

It would not be wrong to see “The Wicker Man” as a peculiar kind of musical film. A thriller film set on the Scottish island Summerisle, Robin Hardy’s classic features a large number of songs, some even performed by Cristopher Lee in one of his most iconic roles. The musical component is not merely ornamental, but instead it plays a huge role in building the tension, atmosphere and narrative of the film, also displaying most of its themes – fertility, sacrifice, sexuality.

For the score, Hardy chose the American musician Paul Giovanni, for whom the production joined several musicians from Britain to form a band call The Magnets. Giovanni’s beautiful ballads are performed by the composer and band themselves in several scenes of the movie, also appearing as extras. The outcome is a series of finest composition, a series of ballads full of poetic and folkloric reminiscences which manage to sweeten, stress and thrill the viewer together with the images in the film.

From the very beginnings of his career, Werner Herzog cooperated with German kraut-rock band Popol Vuh; the ensemble, led by Herzog’s friend Florian Fricke, is today regarded as one of the most innovative groups of the European scene, predating the birth of New Wave with a unique approach to composition.

The band also scored many films of the German director, giving the imprint of their sound to Herzog’s stories of exploration, madness and deviation. One of the best examples of such a collaboration is “Aguirre, the Wrath of God”, loosely based on the real story of Spanish explorations in South America during the XVI Century.

It is simply impossible to think about “Aguirre” with a different music: the almost abstract quality of synthetic sounds, the references to traditional South American music, the nearly imperceptible progressions of smoothly developing melodies are capable of evoking the pulsating force of dream and nature, enhancing the haunting fascination of Peruvian landscapes.

The magical, supernatural mood of the soundtrack accompanies the film’s images from beginning to end, in a perfect mixture of image and sound that makes “Aguirre” the masterpiece it is.

At the time of its release in 1977, William Friedkin’s seventh film – a remake of the 1951 classic “Wages of Fear” by Henri Georges Clouzot – was critically bashed and doomed by a poor box office response. Today, “Sorcerer” is finally considered as the masterpiece it is, in which the director of “The French Connection” and “The Exorcist” carries on a desperate meditation upon fate and guilt.

The story, focused on four refugees pursuing a suicide mission in a fictitious South American wilderness, is a hellish travel through the characters’ inner demons and degradation, in a setting which hauntingly mirrors the mysterious forces of a hostile fate. Friedkin thoroughly crafts every detail of his work, from faces to tone and narration, exalting the disturbing fascination of wild nature.

However, “Sorcerer” would not be such a groundbreaking work of art without its score. After listening to one of their exhibition in the Black Forest in Germany, Friedkin hired German kraut-rock group Tangerine Dream to compose a score for his film.

The result is an intimidating soundtrack, a mixture of electronic themes and atonal improvisations, sometimes breaking into pure dissonance, sometimes catching the ear through haunting progressions of scales which, ultimately, express the nightmarish quality of Friedkin’s masterpiece.