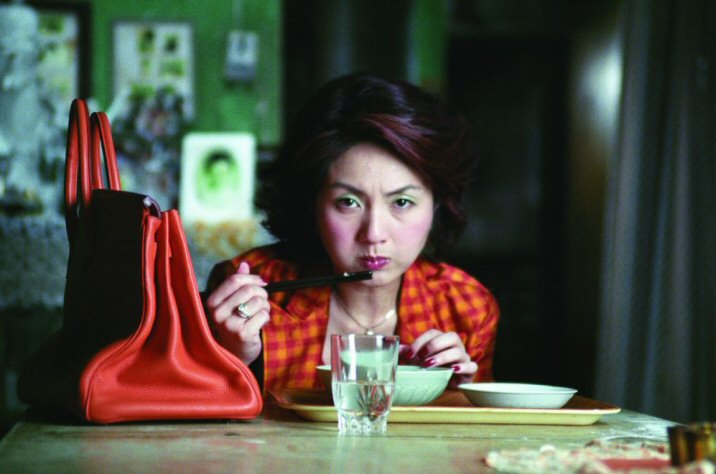 “Dumplings” isn’t the first horror movie which uses the act of eating to unsettle its audience, but it seems to be one of the few which centers almost entirely around it. Gloppy sounds of chewing, slurping and the smacking of lips are amplified to stomach-churning effect as the film’s central protagonist devours age-reversing dumplings, a remedy made potent by its black market ingredient of recently aborted human fetuses.

The look of this foodstuff is both appetizing and unsavory – little gelatinous parcels that, from certain angles, appear to be almost alien in origin – and this tension between desire and disgust is extensively explored through the film’s themes of vanity, infidelity and capitalistic greed.

It’s not a “jumpy” movie by any stretch (unless you happen to be pro-life), but then it doesn’t try to be, but rather a quiet, conversational type of horror experience, more interested in creating a sense of despair and hopelessness than one of panic or dread.

In “Dumplings,” director Fruit Chan presents us not with romantic Hong Kong so commonly depicted in Chinese cinema, but rather a place of compassionless users and their victims – a grotesque arena of ceaseless social competition in which everything and everyone are for sale. 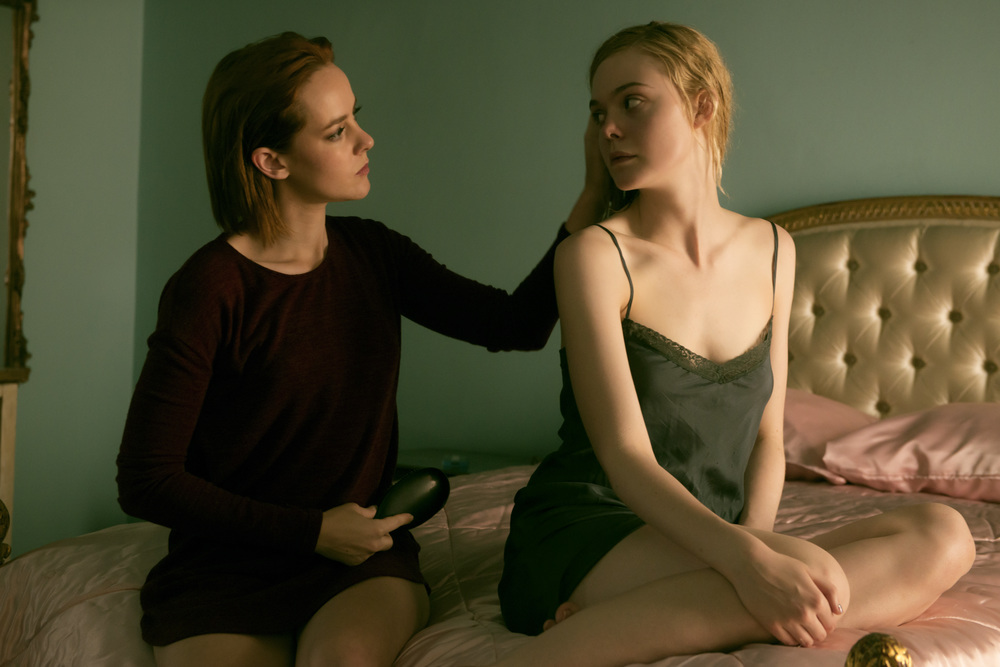 Most contemporary horror films aim to repulse the viewer from the get-go, adorning their posters with motifs of dried blood and dank spaces to evoke all manner of disgusting smells and sensations within us before we’ve even arrived at the movie theater.

“The Neon Demon,” however, aims instead to seduce, and seduce it does: even people who hate this movie tend to acknowledge just how beautiful it looks. Set in the hyper-competitive world of Los Angeles runway modelling, it practically drowns the viewer in icy, resplendent imagery, with Natasha Braier’s excellent cinematography flooding even violent scenes with pulsating colored light.

This sense of alienation seems to permeate even the outsiders of the cast – Keanu Reeves’ seedy motel owner, for example, is a beacon of scornful misanthropy – and so imbues the brutality of the movie’s climax with a real sense of underlying tragedy. “The Neon Demon” may not be a subtle film, but it’s certainly a compelling one, admirable in its willingness to take the horror genre in a bold and alluring new direction. 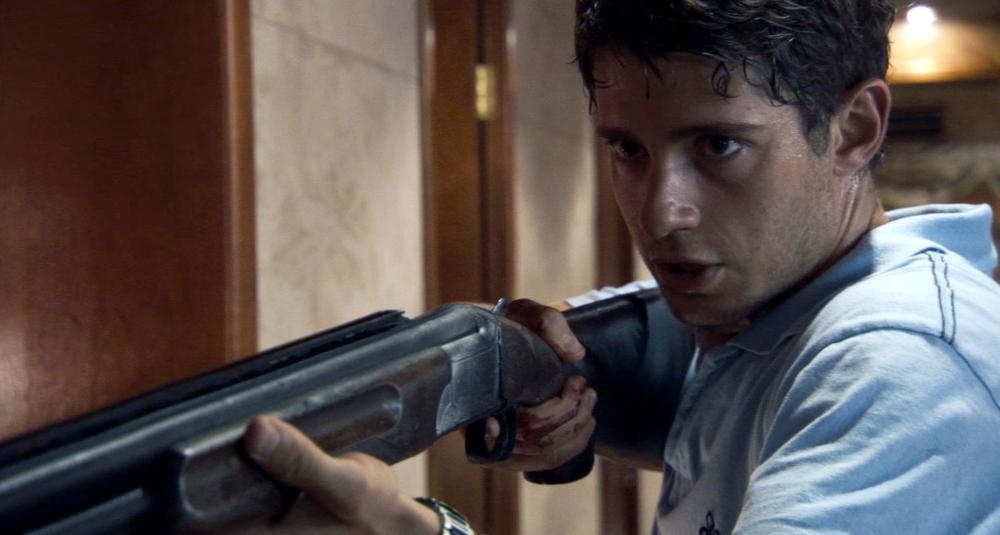 If “British horror-drama about a yacht party turned explosively violent” doesn’t capture your interest as a premise, then consider the following: “Donkey Punch” may be one of the most unique situational horrors in recent history, in that its “situation” concerns ordinary people in casual settings – with no extreme weather, feral animals or overt psychopaths in sight.

Indeed, what’s so disturbing about this movie is just how plausible it is. The characters start out fairly unassuming, laying around in the sun, getting high and swapping stories like any other group of twentysomethings on vacation might do, but after one of the women among them is accidentally killed they find themselves at a terrifying impasse, wherein everyone on board is stripped of their social personae by the crushing uncertainty that surrounds them.

Weakness, callousness and violent misogyny are all brought to the fore, raising a host of unsettling questions about who we become when we’re faced with a crisis. With its expert pacing, uniformly sharp performances and darkly intimate cinematography, “Donkey Punch” is as visceral as the act it describes, chaotic enough to keep even the most seasoned of horror fans from successfully guessing who dies next. 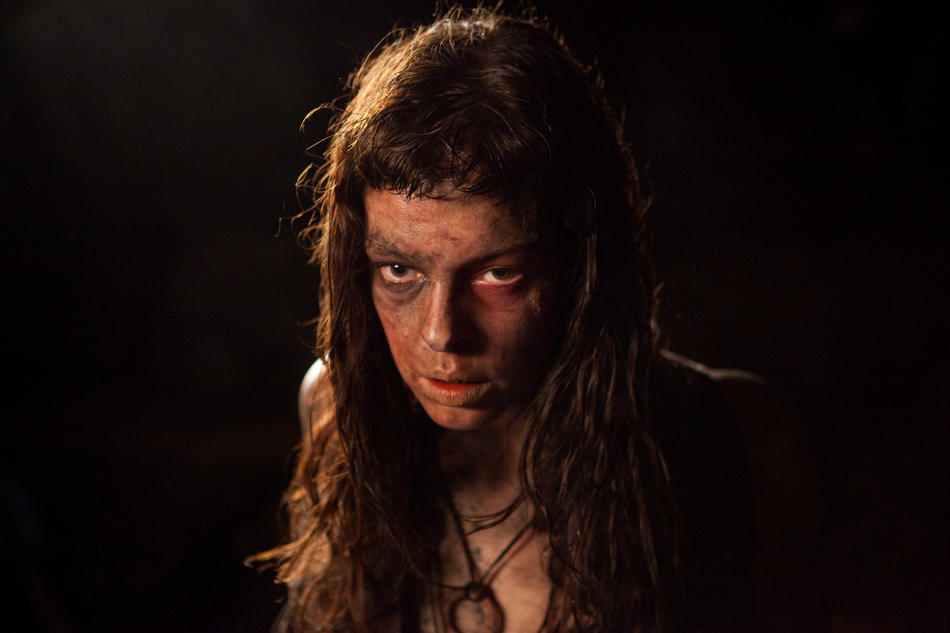 “The Woman” – Lucky McKee’s stellar 2011 release about a feral woman’s kidnapping at the hands of a middle-class family – shares a number of similarities with Gregory M. Wilson’s “The Girl Next Door,” which featured previously on this list.

For one thing they’re both based on Jack Ketchum novels, but perhaps more significant than that is their shared approach to casting: both films seem to utilize the David Lynch method of using actors with a unique and consistent “look” in order to enhance a movie’s overall aesthetic.

As such, the people in “The Woman” all appear to have been drawn with the same hand – the women of the Cleek family even look like they’re related, as opposed to just two actors who were physically compatible enough to be paired together – and this insular effect goes a long way in creating the film’s hostile atmosphere, a trait which functions deliberately at odds with its picturesque suburban setting.

“The Woman”’s real monster, we quickly find, is not the titular female, but rather the husband-and-wife team of “abuser” and “enabler” keeping her hostage. There’s plenty to admire within the movie – the writing is intelligent, the characterization nuanced and rich – but especially impressive are its performances: Sean Bridgers, for example, is practically demonic as charming patriarch Chris Cleek, while Zach Rand delivers precocious chills as his budding protégé of a son.

The violence is extreme, and depicted unflinchingly, but it is the film’s metaphysical concepts which truly devastate, offering a level of philosophy that seems unparalleled within mainstream horror cinema.

Human suffering is, to the film’s antagonists, a utility – something to be employed without mercy in the pursuit of ideological ends, and this chillingly dispassionate worldview only serves to make their designs seem all the more heinous. Their motives are kept deliberately unclear to us until the thrilling finale, wherein evil becomes relativized and there’s nothing left to believe in except death.

With its ingenious premise, brilliantly chaotic pacing and focused, articulate cinematography, “Martyrs” is a deeply sobering film; a sad, poetic and ruthless look into the bottomless depths of human depravity.

Author Bio: Maxwell Reid is a hypnotherapist and freelance writer currently based in Essex, England. When he isn’t busy putting people in trance, he can usually be found watching, analyzing or writing about movies. If heaven exists, he only hopes it has a cinema.