Director Sam Raimi helped usher in the age of the superhero. Whether that was a positive influence or not, his first two Spider-Man movies still hold up, with a pair of quality villain performances (Willem Dafoe and Alfred Molina) mixed in. Then came the doomed conclusion to the trilogy.

You can count Raimi among the multitude of folks who didn’t enjoy Spider-Man 3. He wasn’t much into the new characters (Venom mostly) he needed to bring to life, and he blamed the urge to boost the stakes as the downfall to character development. He was pushed by Sony to add Venom to a movie that already had a pair of villains, thereby beginning the overstuffing of storylines.

After being in relative control of the first two Spider-Man movies, it’s hard to understand why the studio would cause Raimi so much pushback. They already had him scheduled to come back with star Tobey Maguire for a fourth movie. It also had spinoff plans for Venom, which was most of the reason for him being shoehorned into the film.

It’s hard to only blame the studio for such decisions like Tobey Maguire going goth and dancing on tabletops. But with the kind of recent track record Sony has going for themselves, it’s not hard to imagine them ruining such a franchise with their meddling.

Josh Trank is part of a long list of indie directors that’ve been thrust into big-budget properties upon first success. After Chronicle gained him credibility on the big screen, he was not only nabbed up for a Marvel reboot, but also a Star Wars spinoff. It seemed he was one of the up-and-coming talents in the industry, but Fantastic Four and Fox quickly catapulted him into the opposite direction.

Though there was a lot of backlash about having another reboot and origin story in the superhero genre, it wasn’t until the news of massive reshoots surfaced that people started to doubt the film’s chances of success.

A week after release, the film was at 9% on Rotten Tomatoes and falling fall short of recovering its $120M production budget. Trank quickly blamed the studio on Twitter, posting about a “fantastic” version of the film that he had, which no one would likely ever see.

Of course, Trank was accused himself of showing up to set high as a kite and destroying the inside of the house the studio had rented for him. But that doesn’t mean he didn’t have a vision, one that supposedly was tinkered with just before filming began, and after with countless reshoots. It’s not hard to see the differences of opinion between Trank and Fox, as the film itself seems split into their different opinions.

The director was stripped of tens of millions of dollars that he was supposed to have in the film budget. His version was considerably more involved, with all sorts of villainous characters and humongous set pieces. There’s no telling if it would’ve made Trank’s movie any better, but it might’ve at least made it a tad less boring.

8. Pat Garrett and Billy the Kid

Sam Peckinpah had seen far better days as one of the western genre’s most accomplished directors. But when most people talk about Pat Garrett and Billy the Kid, the conversation is filled with a lot of “what if’s.”

By this time, Peckinpah was mired by alcoholism and drug use, more so than he could handle in the past. His talent hadn’t been decimated in the least, but he seemed too often to be his worst enemy, even though the cast and crew made this seem like a slam-dunk of a film. Soon enough, Peckinpah wouldn’t be the strongest force holding his work back.

MGM lost trust in the director when they heard of his antics. This included the him standing up in front of the cast and urinating on the screen, because a malfunction had caused footage to be out of focus. Peckinpah didn’t make any new friends at the studio either, with the film going $1.6M over-budget and being three weeks behind in production.

That’s where MGM executive James “The Smiling Cobra” Aubrey came into play. After the film tested poorly with audiences, he fired Peckinpah, ordered massive re-edits, and hurried along post-production so MGM could have extra money to put into the expansion of their growing hotel business.

It wasn’t the first time Peckinpah had been burned by execs, with Major Dundee and The Wild Bunch both having notable creative spats between studio and creator. In this case, so much was cut that the majority of the film was left disjointed.

Friends of Peckinpah would end up stealing his original cut from MGM, and Ted Turner eventually calledfor a different version of the film when he took over the company. This led to two more cuts of Pat Garrett and Billy the Kid. They may not be the final cut Peckinpah had in mind before being fired, but they were superior to the now-forgotten studio release. 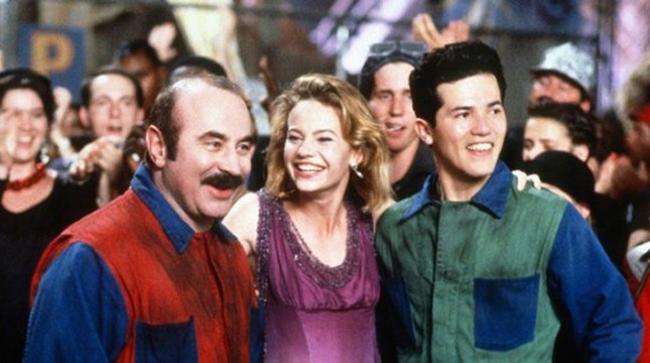 There’s a saying around Hollywood that three things are certain: death, taxes, and that there will never be a good video game movie.

But at the time of Super Mario Bros. in the early 90’s, making such a movie was a no-brainer, an enormously popular game that could all but sell itself. Besides, they got Dennis Hopper to be the villain and had Bob Hoskins (only after Tom Hanks was fired as Mario) top-billing too. But of course, that meant nothing because of the direction of the now-defunct Hollywood Pictures.

Making a movie about two Italian plumbers eating mushrooms and jumping on turtles was obviously not going to work. But the narrative and world they replaced it was nothing even close to Nintendo’s flagship game.

Hollywood Pictures went through several screen writers, starting with Rain Man’s Barry Morrow. That script was too serious, so they went to a three-writer team that would end up scripting The Flintstones. Their script played closer to the spirit of the game and the look of Mushroom Kingdom. But that screenplay never saw the light of day, and neither did Bill and Ted’s Excellent Adventure writer Chris Matheson’s version.

What they ended up with was a creative team with next-to-no big-screen experience. Nintendo had little control, and the studio and production were at constant odds. The mixture of ideas were muddled, undercooked, or just plain terrible. Instead of Mushroom Kingdom, they switched the setting to an alternate reality dark dystopia of New York. Many of the characters, including Bowser and Toad, were completely altered. Simply put, the film pulled absolutely nothing but names from the franchise.

There was a time when Alex Proyas made movies both thoughtful and stylish. And Dark City was certainly both of those. But the while the version released in 1998 was still worthy of praise from such a critic as Roger Ebert, it was still spoiled by comparison to the director’s cut that would follow 10 years later.

Cut from the same cloth as Metropolis, Blade Runner, and Brazil, Dark City was perhaps not as ahead of its time as those three examples, but it certainly had plenty to say about identity. In a way, it’s hard to believe its questioning of reality is often overshadowed by that of The Matrix.

Though the film was meant to be more of a cerebral sci-fi, New Line Cinema executives got lost in the message. The wanted more action and more up-front dialogue to explain the world and ideas Proyas had. They added in voiceover that ruined the original’s plot-twist and cut what they deemed to be nothing more than filler discussion. From watching the later cut, it doesn’t seem as if much is wasted at all by Proyas and fellow writers Lem Dobbs and David S. Goyer.

And also in the director’s cut, this sci-fi film was supplied with much-needed mystery to fit its noir vibe, allowing the film to unravel naturally.