Based on the homonymous manga by Masamune Shirow, the anime takes place in 2029, when the world is connected through a vast electronic network that has access to all aspects of life. Motoko Kusanagi is a highly evolved cyborg who works for Public Security Section 9.

Based on the homonymous novel by Koji Suzuki, this film was the one that turned the global audience’s attention toward J-horror, creating a franchise that spawned two sequels, three spin-offs, a Korean and two American adaptations.

The script revolves around a videotape that causes anyone who watches it to die in seven days. Journalist Reiko Asakawa and her ex-husband investigate the case, only to stumble upon Sadako, a creature with a sad and mysterious story who still exists somewhere between nightmare and reality.

Hideo Nakata presented a social message regarding technophobia and fear of the media, while building a great story using horror as the main ingredient. Sadako’s exit from the TV is a clear example of the two, and is one of the most iconic (and horrific) images of the genre.

Based on the novel by Ryu Murakami, “Audition” tells the story of Shigeharu Aoyama, a middle aged entrepreneur who recently lost his wife and has been living a disinterested life ever since. His 17-year-old son, Shigehiko, who worries about the turn his father’s life seem to have taken, prompts him to meet new women. Yoshikawa, a film producer and friend of Shigeharu’s, proposes to him to take part in a sham in order to meet women, an idea he agrees to.

According to the plan, actresses would supposedly audition for the role of Shigeharu’s wife in an imaginary film, although the actual purpose is for Shigeharu to find someone he could date.

Many beautiful women audition, but there is only one that truly stirs his heart, a woman named Asami Yamazaki. She states that she is an former ballet dancer who was recently working for a music producer. Yoshikawa warns Shigeharu to be careful, since he was not able to cross check Asami’s background, but he has already been blinded by love.

Miike took a step away from the J-horror genre that was culminating at the time with films like “The Ring” (Ringu), “Ju On: The Grudge” and “Dark Water”, and abstained from incorporating supernatural elements in the film. Instead, he tried to provoke fear with the atmosphere and the subtle feeling of uneasiness that permeates it. Some sense of surrealism remained, but it is of minor importance.

In Hong Kong in 1962, in a building with rented rooms, Chow and his neighbor Su discover their spouses, who are frequently absent supposedly due to professional reasons, are having an affair with each other. The discovery leaves them unhappy but puzzled by the reason behind their infidelity.

However, it brings them very close as they try to understand what drove their significant others to adultery, to the disapproval of the conservative society at that time.

Wong Kar Wai directs a movie about two lonely individuals who experience isolation inside their marriage. Their response to their discovery is to attempt the same, in a nonconforming and cruel effort at a reenactment.

Wong focuses almost exclusively on his two protagonists, with the rest of the characters being mere shadows. Both Tony Leung and Maggie Cheung delivered in wonderful, art-house fashion, exemplifying their acting skills as much as their overall style.

The film netted a Best Actor Award for Tony Leung and the Technical Grand Prize for the magnificent cinematography of Christopher Doyle and Mark Lee Ping Bing at the Cannes Film Festival, becoming the most renowned entry in the art-house filmmaker’s filmography.

One of the most celebrated films on the list in the West, Ang Lee’s magnum opus was nominated for 10 Oscars, eventually winning four.

In 19th century China, master warrior Li Mu Bai, who is secretly in love with Yu Shu Lien, the former fiancé of his deceased best friend and currently his associate, searches for a stolen sword named “Green Dragon”. His suspicions fall on an aristocrat’s daughter named Jen Yu, who in her desire to avoid her destiny has secretly trained in martial arts with the woman who assassinated Li Mu Bai’s teacher.

Ang Lee managed to incorporate equal measures of themes including love, honor and recognition in a wuxia film, which are usually focused on action, reinvigorating a former genre while presenting an audiovisual poem.

However, he did not neglect the action, with Yuen Woo Ping presenting one of his most elaborate works, with scenes that have been included in the best choreographed and cinematographed of the genre.

All three of the protagonists, Chow Yun Fat as Li Mu Bai, Michelle Yeoh as Yu Shu Lien and Zhang Ziyi as Jen Yu, are astonishing in their respective parts, with the film functioning as a stepping stone for their later international careers. 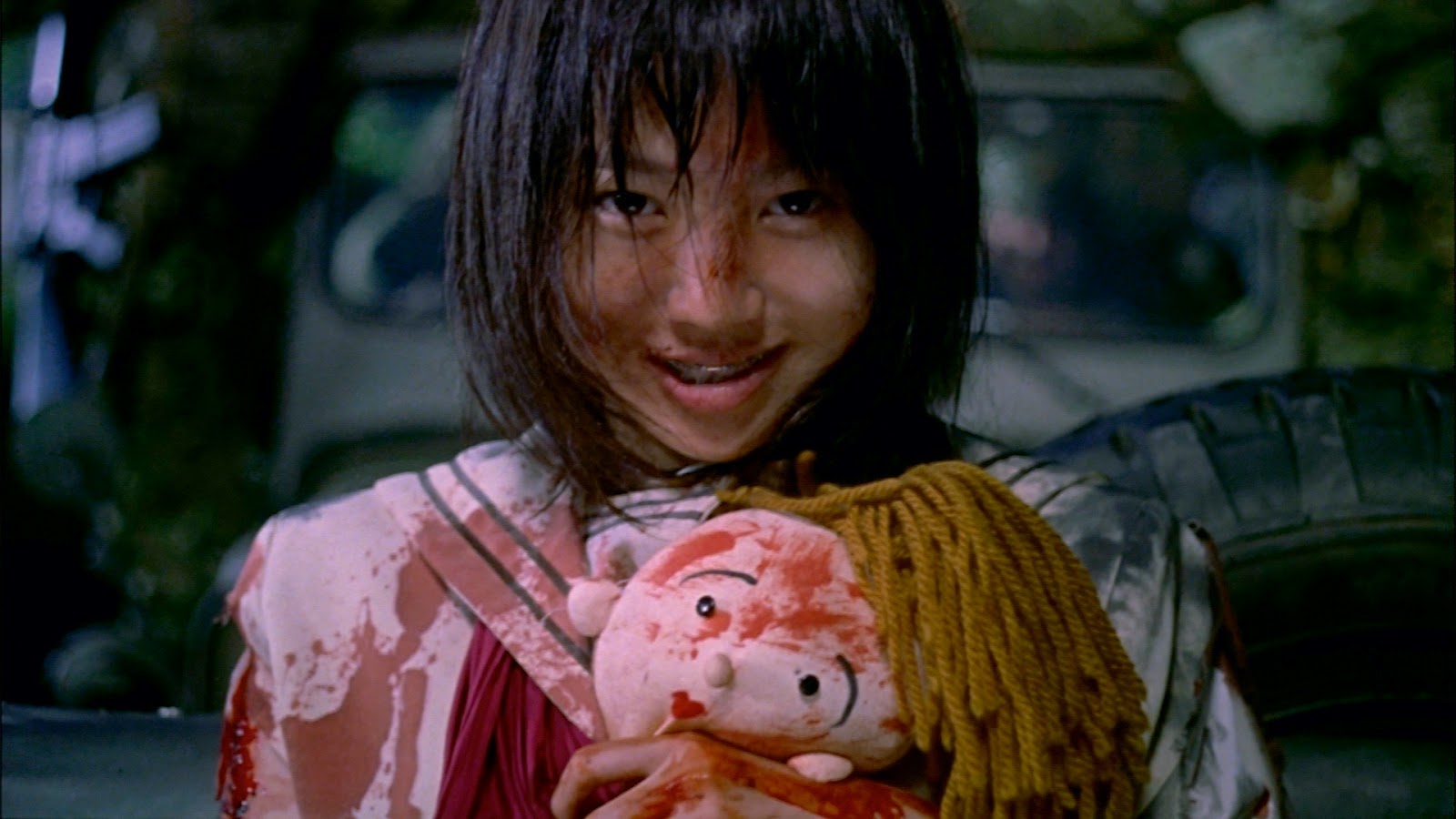 Kinji Fukasaku’s swan song was a domestic and international success, and was released in 22 countries worldwide, thus becoming one of the most famous contemporary Japanese films.

The story, which is based on the homonymous novel by Takami Koushun, revolves around the latest chosen class.
Fukasaku took the school violence theme and transformed it into actual and grotesque brutality, as the students become monsters in order to avoid death. The dark and vicious atmosphere supplements this extreme film, which at times touches the borders of splatter.

However, beneath the violent action, he hid harsh remarks regarding political correctness, reality shows and television in general, coating them with a great deal of irony and sarcasm.

Probably the most celebrated anime in the West, Hayao Miyazaki’s magnum opus went so far as to win an Oscar for Best Animated Feature in 2003.

The 10-year-old Chihiro and her parents are heading toward their new house when her father decides to cut through a road that eventually leads them to a dead end.

Although it did not feature the adult themes of the other two anime on the list, “Spirited Away” captured the hearts and souls of global audiences due to the sensitivity it exemplified at the way children look at the world.

Along with a plethora of symbolisms, allegories, and hidden meanings that chiefly revolve around his permanent message regarding the purity of children and the corruption of adults, the title is as entertaining as it is rich in meaning.

Both the hand-drawing and the animation are sublime, in this masterpiece of the genre that established Miyazaki as a world-renowned figure, and Studio Ghibli as one of the greatest in the world. 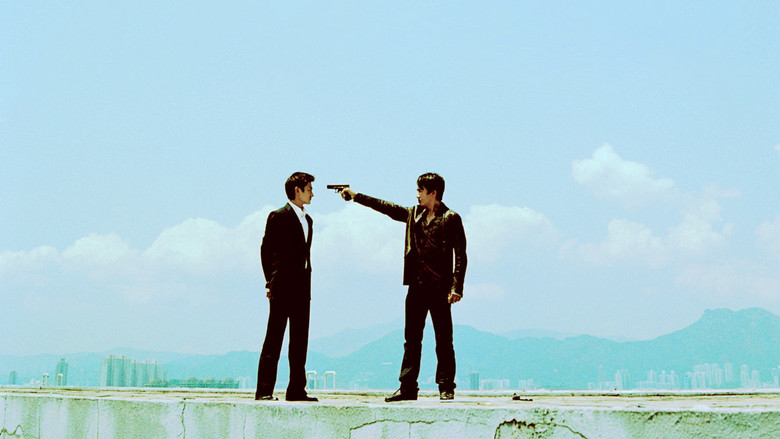 Chen Wing Yan is an undercover agent who was chosen to infiltrate the crime world during his time in the police academy, particularly the gang of the notorious Sam.

Lau directs a sublime urban noir thriller that retains the agony throughout its duration, due to the intense cat and mouse game it entails. Scenes such as the one involving Sam’s first meeting with the Thais are among the greatest ever shot in the genre, both technically and artistically, with every minute soaring with anguish.

“Infernal Affairs” is one of the most successful films in Asia and it became internationally known when Martin Scorsese adapted it to shoot “The Departed”. Furthermore, the film spawned a prequel and a sequel, several Asian adaptations, and inspired the video game “Sleeping Dogs”. 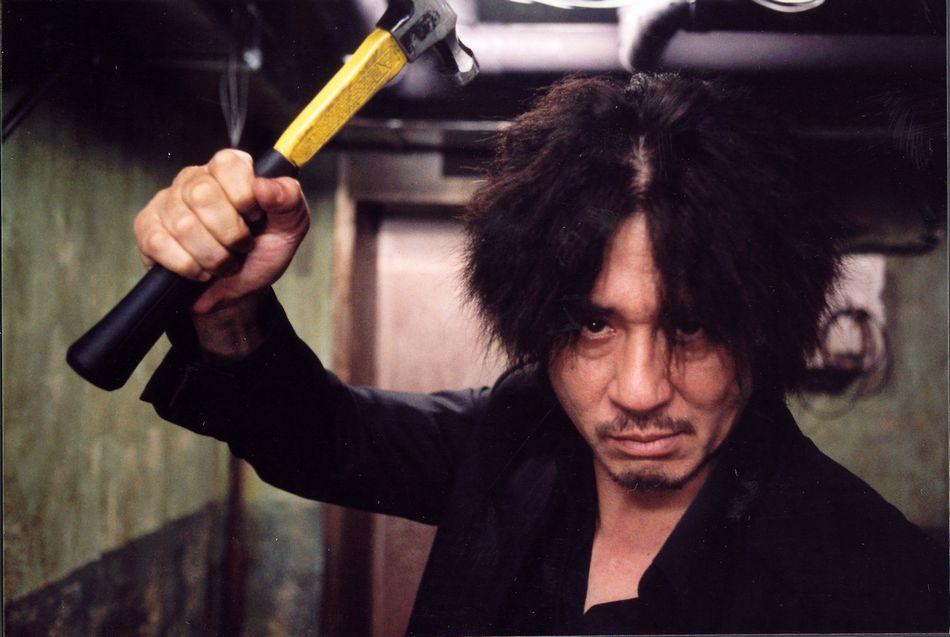 This second installment of Park Chan Wook’s trilogy regarding revenge is the film that turned the global interest toward Korean cinema.

Based on the homonymous Japanese manga, the film focuses on Dae Su, a content family man, who, for no apparent reason, is abducted and forced to live in the same room for 15 years. When he is unexpectedly released, he is set on extracting revenge, although the sole evidence in his possession is the fact that he must accomplish this revenge in five days.

Although “Oldboy” has revenge as its central theme, Park directs a movie where the main concepts are humiliation and the ensuing catharsis, with the focus being on revenge not as an act, but the reasons that lead to it and its consequences.

“Oldboy” has a plethora of stylized violent scenes, sublime acting, and equally competent directing, in one of the masterpieces of global cinema. The film won the Grand Prize of the Jury at the Cannes Film Festival, among a number of additional local and international awards.