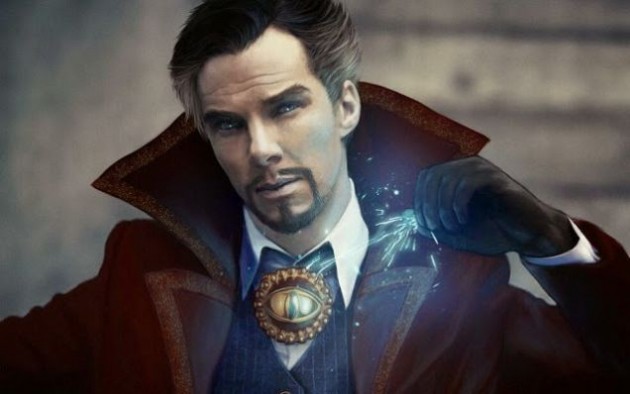 The premise is as follows: After Stephen Strange, the world’s top neurosurgeon, is injured in a car accident that ruins his career, he sets out on a journey of healing, where he encounters the Ancient One. Various incarnations of a Doctor Strange film has been in development since the mid-1980s. Thomas Dean Donnelly and Joshua Oppenheimer were brought on board in June 2010 to write a screenplay.

In June 2014, Derrickson was hired to direct the film. Cumberbatch was chosen for the eponymous role in December 2014, and at the same time, Spaihts was confirmed to be rewriting the script. Doctor Strange is scheduled to be released on November 4, 2016 in IMAX. People are pumped to see this one, especially to see Cumberbatch as the titular hero. 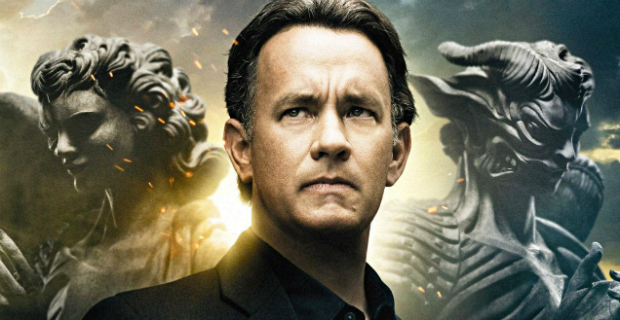 The sequel to Angels and Demons and another in the Robert Langdon series of books by Dan Brown, Inferno will bring back the team of director Ron Howard and Tom Hanks as Langdon. Felicity Jones, along with Omar Sy, Sidse Babett Knudsen, Ben Foster, and Irrfan Khan star as well.

Inferno, based on the 2013 Dan Brown novel of the same name, follows Langdon as he awakes in a hospital room in Florence, Italy, with no memory as to what has transpired over the last few days. He suddenly finds himself, again, the target of a major manhunt. But with the help of Dr. Sienna Brooks, and his knowledge of symbology, Langdon will try to regain his freedom, and lost memories, all whilst solving the most intricate riddle he’s ever faced.

In July 2013, the film was set for a December 18, 2015 release date. If you’ve been keeping with movies, or have just been alive this year, that was the day that Star Wars: The Force Awakens came out, so the film was moved to almost a year later. Inferno will have a release date of October 14, 2016.

Oliver Stone is back covering another political mystery man. Stone, who has brought us classics like Platoon, Born on the Fourth of July, and JFK, knows the ins and outs of political cinema. Stone also writes here with Kieran Fitzgerald, and their script is based on the book The Snowden Files, written by Luke Harding.

The film was set for a Christmas 2015 release date, however the studio moved it back, rumors were that the film was not finished yet. The new release date is set for May 13, 2016. It would be nice to see a return to form for Stone, who recently has not had the best reviews for films. With this stellar cast and solid real life and written material to work with, this should be a solid showing for the director.

We don’t know much as far as plot yet, but that should be coming soon. We have been seeing pictures of the characters for a while, including the memorable pictures of Leto as the Joker. Although everyone has not liked the pictures, they have been well received and has increase the hype for the film. Suicide Squad is set for an August 5, 2016 release date in 2D, 3D, and 3D IMAX. This late summer blockbuster could compete with Marvel’s sequels and originals that are sprinkled throughout the year.

During their investigation, they uncover a shocking conspiracy that reaches up to the highest circles of power. Starring alongside Gosling and Crowe are Matt Bomer and Kim Basinger. It will be the second collaboration between Basinger and Crowe after L.A Confidential (1997). The film will be released by Warner Bros. Pictures on May 20, 2016. The film was previously scheduled for an June 17, 2016 release,which WB moved to earlier date of May 20, 2016, giving its previous date to Central Intelligence.

This jam packed film follows Captain America and the Avengers continue to protect the world, but the team becomes fractured into two opposing factions, one led by Captain America and another by Iron Man, after extensive collateral damage prompts politicians to pass an act regulating superhuman activity with government oversight and accountability for the Avengers. Civil War’s combination of emotional tension and action should lead to success.

This upcoming French-German-British-Canadian production is a biographical sports-drama about the life of African American athlete Jesse Owens. The film focused on the track and field star as he overcomes adversity to win four gold medals at the 1936 Summer Olympics in Berlin.

The film is directed by Stephen Hopkins, the man who brought you Predator 2, and is written by Joe Shrapnel and Anna Waterhouse. Newcomer Stephan James will play Owens, this after John Boyega dropped out of the film to star in Star Wars: The Force Awakens. The film also stars Jason Sudeikis, Jeremy Irons, William Hurt and Carice van Houten.

The first biopic of the legendary athlete has the support of Owens family, the Jesse Owens Foundation, the Jesse Owens Trust and the Luminary Group. Principal photography began on July 24, 2014, in Montreal, Canada. Forecast Pictures, Solo Film, and Trinity Race are producing the film, Entertainment One will release the film in Canada, Focus Features in the United States on February 19, 2016. If the film is not overly sentimental, we could have a real winner on our hands.