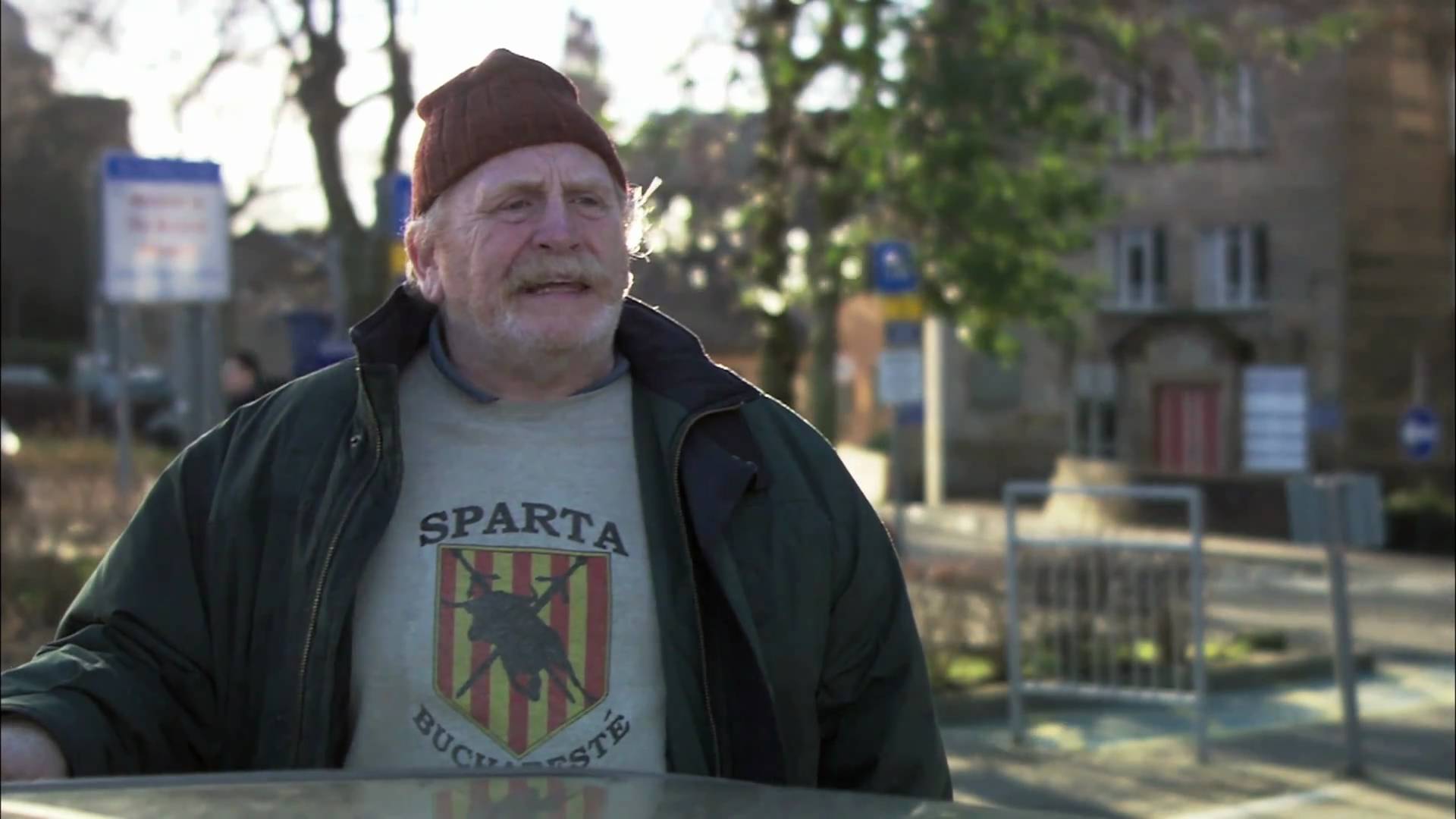 Part two of the “Advance Party” trilogy, following 2006’s “Red Road”, the melancholic black comedy “Donkeys” was plagued by an abundance of unfortunate events during its apparently doomed production, including detrimental conflict with the production team, re-writes, trouble on set, weather conditions, death, and fundamental rule braking of the trilogies regulations via last minute recasting of the film’s lead, it looked unlikely that the feature would ever come to fruition.

Apparently filmed simultaneously alongside part one’s “Red Road”, “Donkeys” wasn’t granted the same luxuries of an easy production stage, first time director Morag McKinnon suggesting that the mismatched writing team and creative differences between all parties involved were the most detrimental factors affecting the dramatic proceedings; whilst the deteriorating health of the film’s primary lead Andy Armour, reprising his character from “Red Road” and resultant replacement months before his death only further plunged the film into controversy, hindering the pieces ultimate construction.

However, rising from the ashes like a tartan-clad Scottish phoenix – “Donkeys”, despite having been already written off by film critics before actually seeing it, proved to be a roaring success throughout the country.

A moving, witty and ultra-realistic account following the newly cast James Cosmo as a 64 year old market stall worker, who following a significant health scare, ironically, must come to terms with the fact that his days are numbered, subsequently making him want to make amends with those he has wronged earlier in life.

Its attentive script, despite its apparent problematic re-writes, makes adequate room to be convincing, comical, thoughtful, and compelling, in turn, crafting a truly wonderful piece of independent Scottish cinema.

Its perpetual controversy during production stage and necessary breaking of the “Advance Party” rules, along with it’s incredibly limited release confined to one cinema in Glasgow and a budget of £0.00 for marketing and advertisement of the film have since severely mired the condemned film from growing legs beyond the city in which it was filmed.

The celebrated debut novel by offbeat writer Alan Warner, “Morvern Caller” was subsequently given a remarkable film adaption by Glaswegian director Lynne Ramsey starring the often unappreciated English actress Samantha Morton as the title character, Morvern, an apathetic and reflexive woman who finds her beloved husband in the kitchen having commit suicide near Christmas day, an event that leads to her and a friend going on a road trip of discovery and emotional restoration, consequently ending in her living her life in the port of Oban in Scotland and publishing her deceased partner’s novel in her own name.

A subdued character study that is fundamentally helmed by a perfectly cast Samantha Morton as its passive lead, a controlled, vocally restrained performance that relies heavily on body language and self-possessed action, she was championed by several critics upon its release, including a stellar review by Roger Ebert, successively resulting in numerous calls for her to receive Best Actress nominations at the Academy Awards.

Yet, despite the overwhelming critical response following her performance, she was eventually overlooked due to the low-key pieces lack of responsiveness by American audiences who struggled to relate to the unusual film’s instinctive tone, a factor that resulting in the eventual rebuking of “Morvern Callar” .

A visceral and daring display by a faultless talent, Morton has since gifted audiences with a number of other flawless depictions of tortured souls including her heart breaking portrayal of Debbie Curtis in “Control”, and as Elizabeth Barry in “The Libertine”. 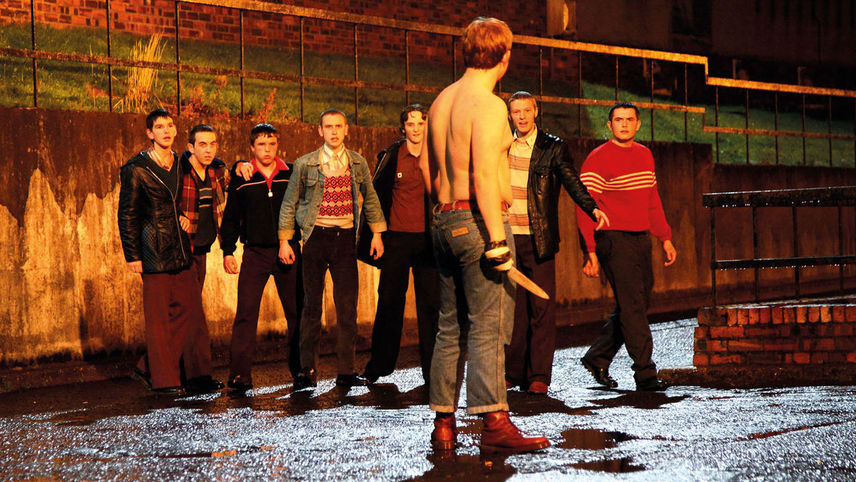 The term “NEDS” is a modern day derogatory abbreviation of ‘Non-educated delinquents’, a Scottish variation of the similar English acronym “CHAV” which stands for ‘Council housed and violent’, for anyone reading this from outside of the United Kingdom, both condensed terms are put in place to describe working class adolescent thugs that are generally involved in loitering in gangs on rundown housing estates, and more than likely participating in criminal activity.

Written and directed by Peter Mullan primarily known for his acting, he decided to use enormous segments of his own vivid upbringing in working class Scotland as a structural narrative for “Neds”, as it centres on an intelligent yet impressionable youth, John McGill, growing up in 1970’s Glasgow, who due to his dubious peers, lonely and violent surroundings, neglectful parents and a host of bullying teachers, decides to join a local gang in an attempt to fit in, in turn, conveying the susceptible John on a detrimental downward spiral of violence and despair. Newcomer Conor McCarron is superb as the vulnerable John, whilst a foreboding Mullan is seething in front of camera as well as directing, giving a menacing portrayal as his abusive, drunken father.

Ferocious and unrelenting, the boisterous “Neds”, is a brutal portrayal of how bright children with bags of potential and prospects can upsettingly descend into such a harrowing life style as prisoners of their surrounding environment; with writer and director Peter Mullan’s own haunting experiences and knowledge upping the merciless realism to eleven.

Despite its hard hitting, powerful message it was met with a dearth of achievement outside of its native Scotland as a resultant of its often difficult to comprehend Glaswegian language and the availability of much easier to digest variations of the concept coming out of much more recognisable areas of Britain, most notably, a barrage of adolescent street dramas based around London’s tower blocks. 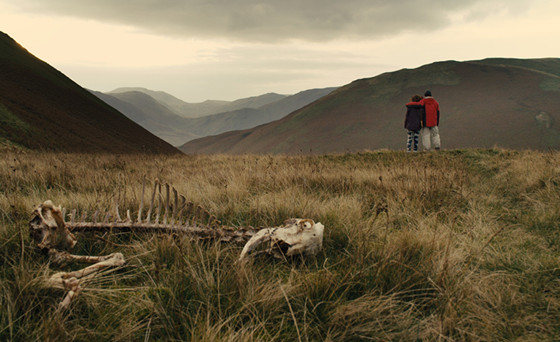 Directed by future cult icon Ben Wheatley, the black comedy “Sightseers” was written by its two leading performers, Alice Lowe and Steve Oram; as the pair ground their film in the most British way imaginable and focuses events on the coastal caravan holidays endured by thousands of Brits each year, whilst cleverly putting a warped, gruesome twist on proceedings.

The story centres itself on a psychopathic couple, comprising of Tina and Chris, played by Lowe and Oram respectively, as the pair relentlessly rampage through the United Kingdom’s museums and natural heritage sights, leaving a trail of corpses in their wake.

Orchestrated like a feature length British sketch show, the film was produced by offbeat mastermind Edgar Wright, and full of British television regulars. “Sightseers” premiered at Cannes Film Festival in 2012 where it was met by positive reactions, despite its very dark humour revolving around macabre, murder and suicide.

Initially inspired by British masterpiece “Withnail and I”, the two writers held nothing back and had no limits to where the line would be drawn; which became problematic when production companies subsequently kept rejecting the film due to its light hearted take on such harrowing acts.

Often wasted on wider audiences due to its quintessential dry, slapstick British humour, “Sightseers” was beautifully filmed around the breath taking landscapes of rural Britain.

Audiences who can overcome the depraved, twisted humour and grotesque violence, taking the immoral with a pinch of salt will find an endearing love letter to not only the English countryside, national traditions and heritage but domestic comedy as well, highlighting the perverse and warped humour to which the United Kingdom has always found success in since the days of Monty Python. 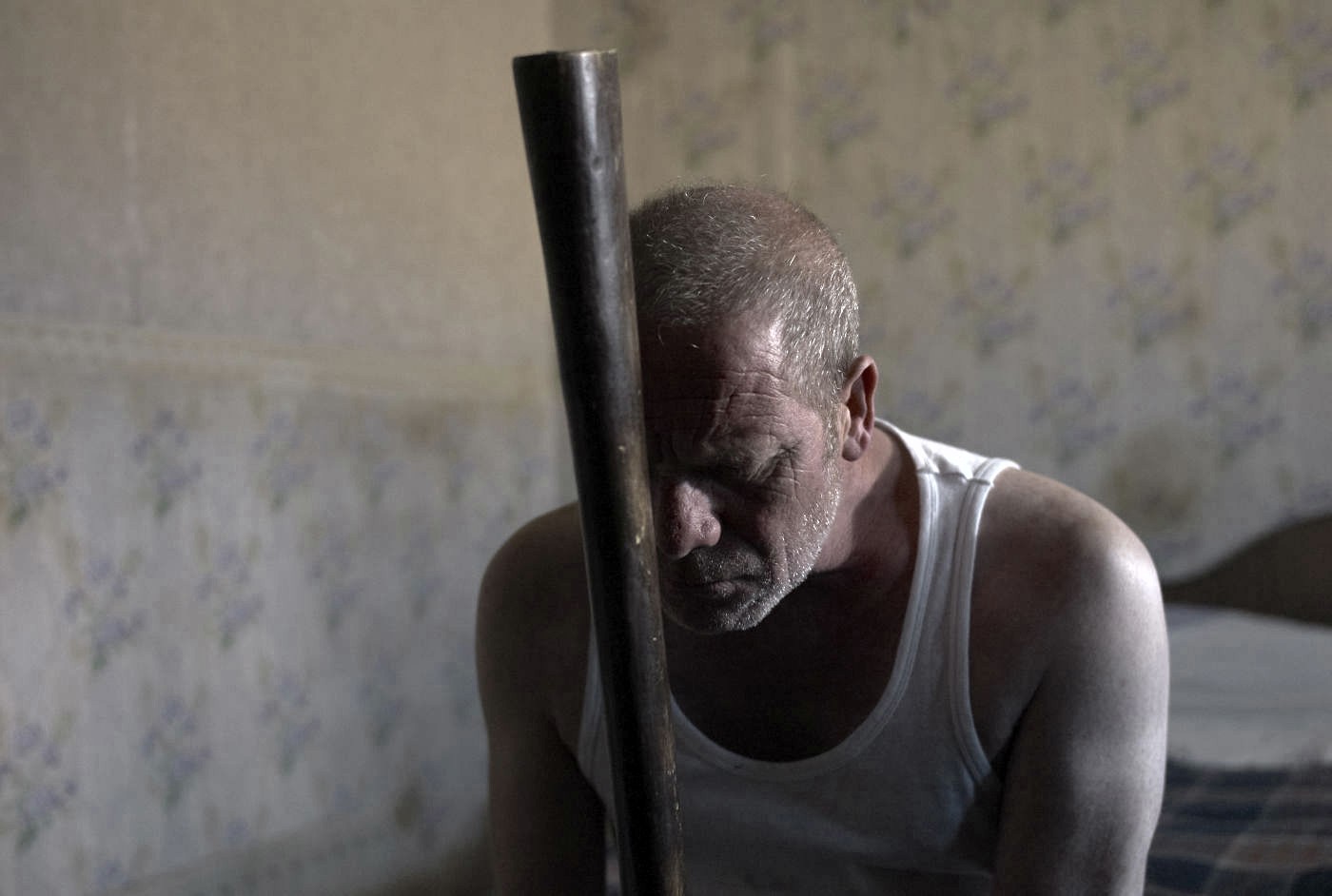 The directional debut of Paddy Considine, working with his own compelling screenplay, the often difficult to watch “Tyrannosaur” sees Scottish powerhouse performer Peter Mullan as the film’s lead, Joseph, doing what he does best in the form of a tormented old soul, plagued with a garish history of violence and rage as he battles with his overwhelming inner demons and alcohol issues; the emotionally wounded individual searches for some form of redemption in the latter stages of life.

It’s only when Joseph meets Olivia Colman’s Christian charity shop worker, Hannah, a wounded character herself at the hands of her abusive husband, that he sees his opportunity to do something good with his life.

A bleak, violent tale that lacks any hope or optimism, the horrifying “Tyrannosaur” was a challenging to sell British drama revolving around domestic abuse and devastatingly anguished characters that are merely striving for any kind of life away from their own harrowing predicaments, subsequently punishing viewers with very little light at the end of the tunnel.

However, despite its exhausting, difficult to watch demeanour, “Tyrannosaur” is a bold showcasing of understated British talent that consistently manages to remain an endlessly compelling, traumatic and thought-provoking drama throughout.

With outstanding performances from every single actor involved in the disturbing piece, most remarkably, the highly divisive Eddie Marsan as Hannah’s abusive husband, James, a flawless actor who can effortlessly switch from being a loveable buffoon to a cruel, ruthless abuser in a split second, a truly haunting portrayal; And Olivia Colman, who at this point in time was best known for her comedic depictions in the likes of cult television show “Peep Show”, gives an unreservedly upsetting performance as a broken and terrified wife quietly looking for help, a role that has since helped her secure a number of high profile roles.

First time director Paddy Considine’s dark, shocking script and gritty, unflinching helming accompanied by pitch perfect casting of all characters involved makes “Tyrannosaur” a stark, unrelenting, and disconcerting piece of independent British drama, that flawlessly provides a distressing look into the horrifying lives of its condemned characters, resulting in a profoundly powerful master class in desolate storytelling that leaves a lasting effect after viewing; a must see for all hardcore film fans.